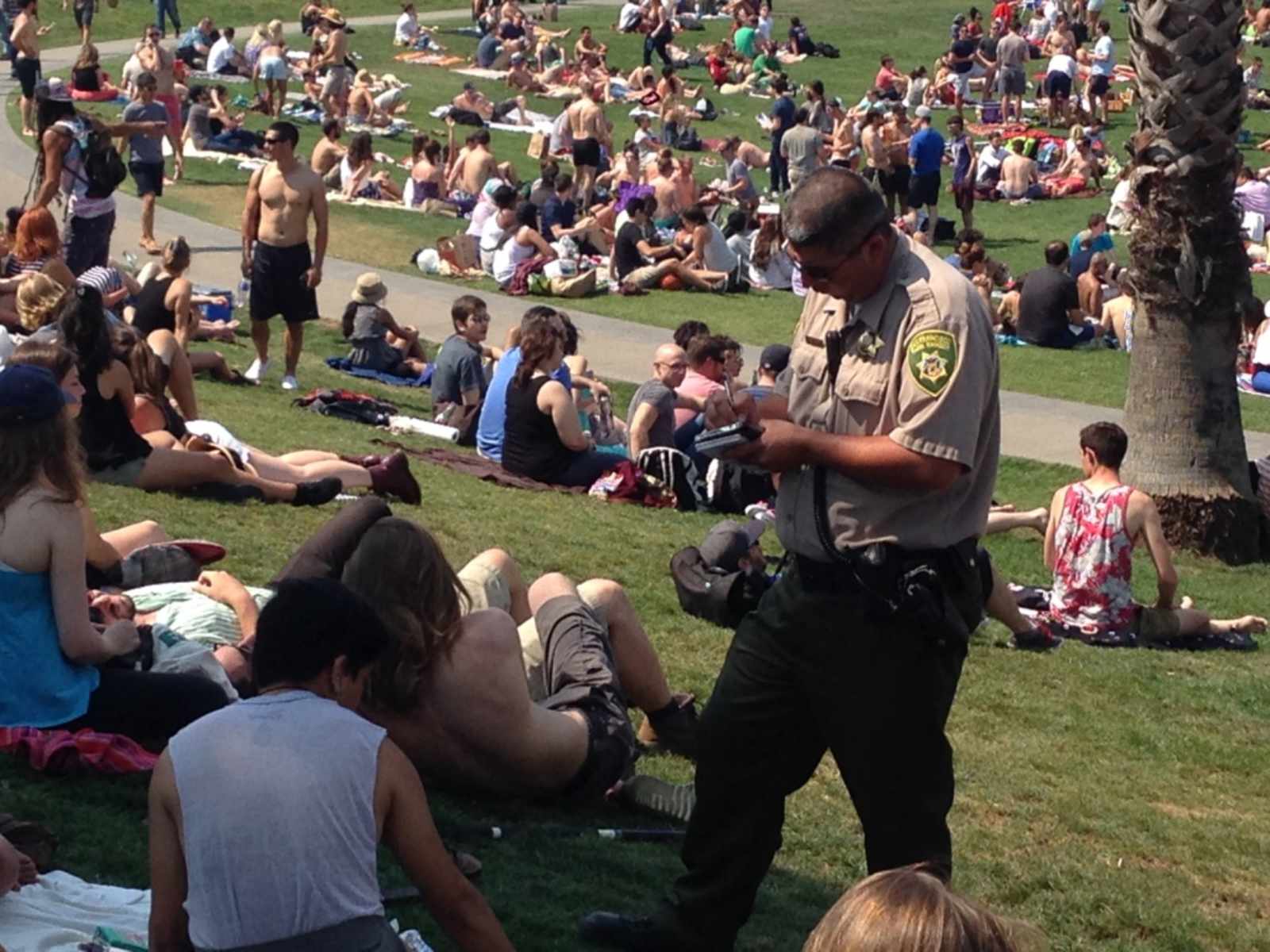 Since the northern half of Dolores Park reopened this past June, the city has stepped up enforcement on minor quality-of-life issues under the guise of reducing littering in the park. And so, when we noticed a park ranger at Dolores this past Saturday, we thought it would be interesting to follow him around for a bit and see his enforcement priorities for ourselves.

After warning a group for the crime of having a table, the ranger took a moment to hassle these guys about their amplified sound (apparently they hadn’t gone to the trouble of getting their speaker personally OK’d by Supervisor Scott Wiener). 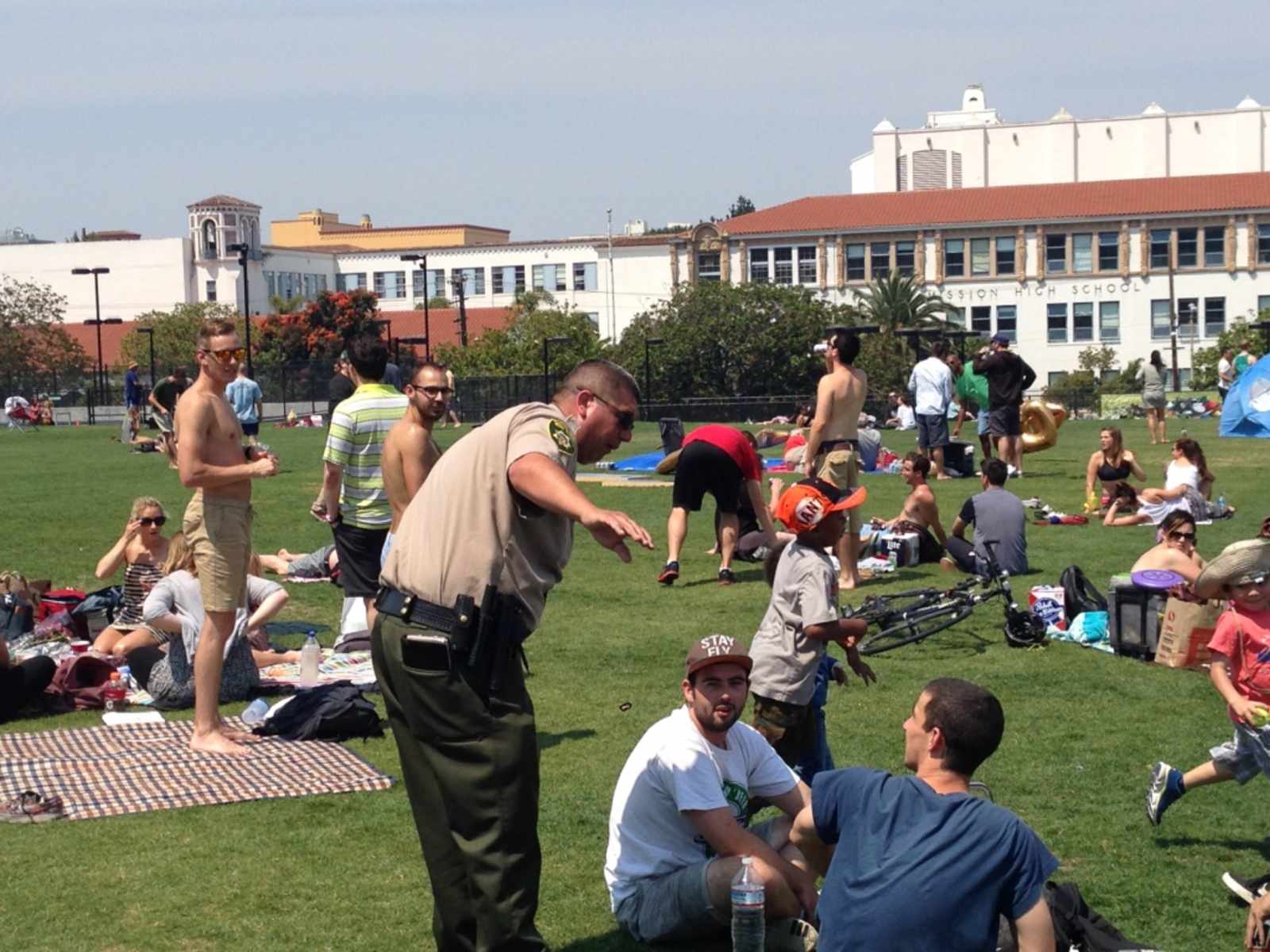 He then meandered over to this guy and told him that having glass in the park could land him a $192 fine. 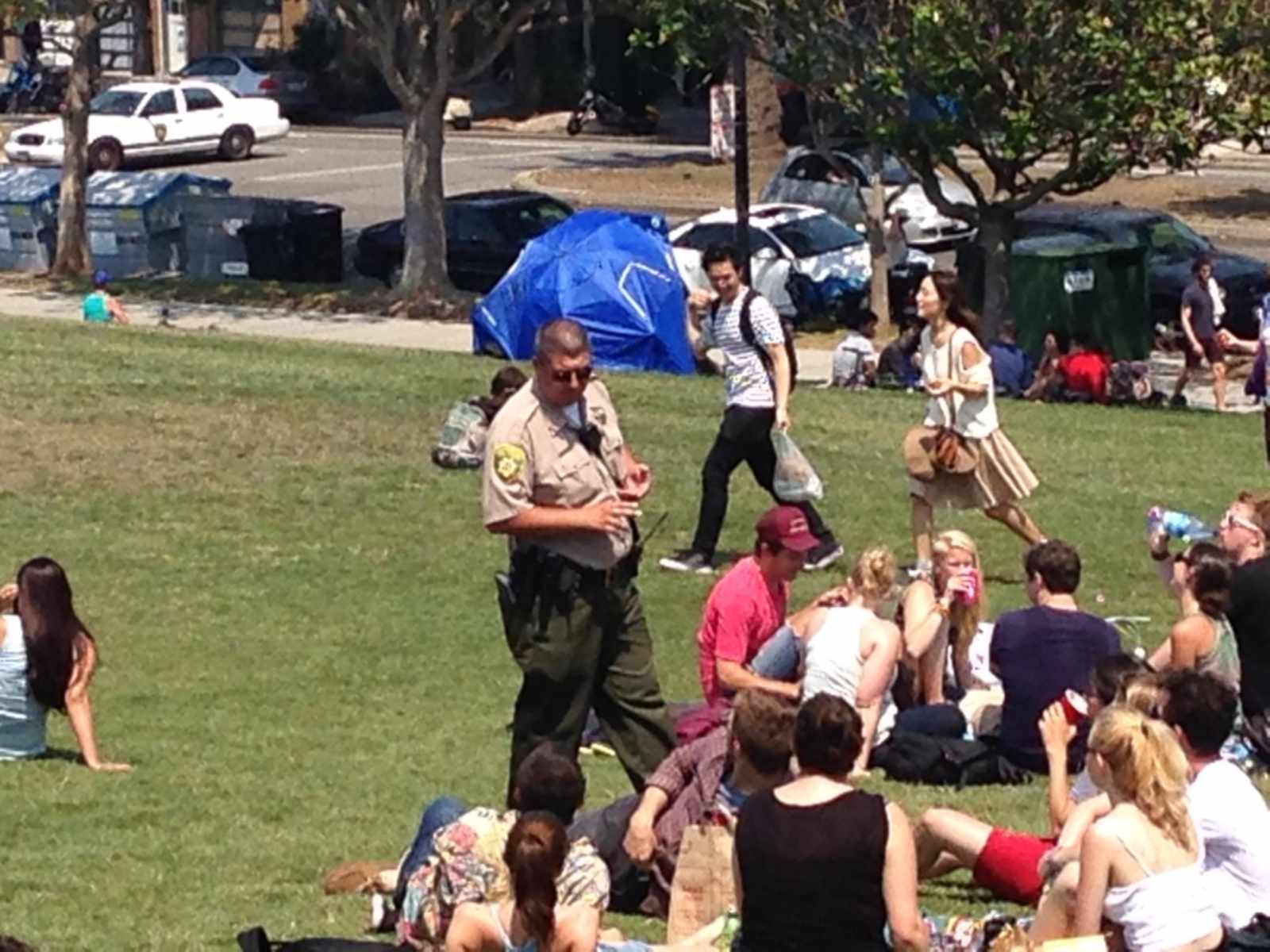 And in what had to be the most bizarre interaction of the day, the ranger then approached a clown and his sidekick who were at first too busy painting the faces of children to notice the ranger’s arrival. The clown’s tiny speaker (playing children’s tunes) needed an amplified sound permit, apparently. It seems spreading joy to children has no place in The New Dolores Park (™). 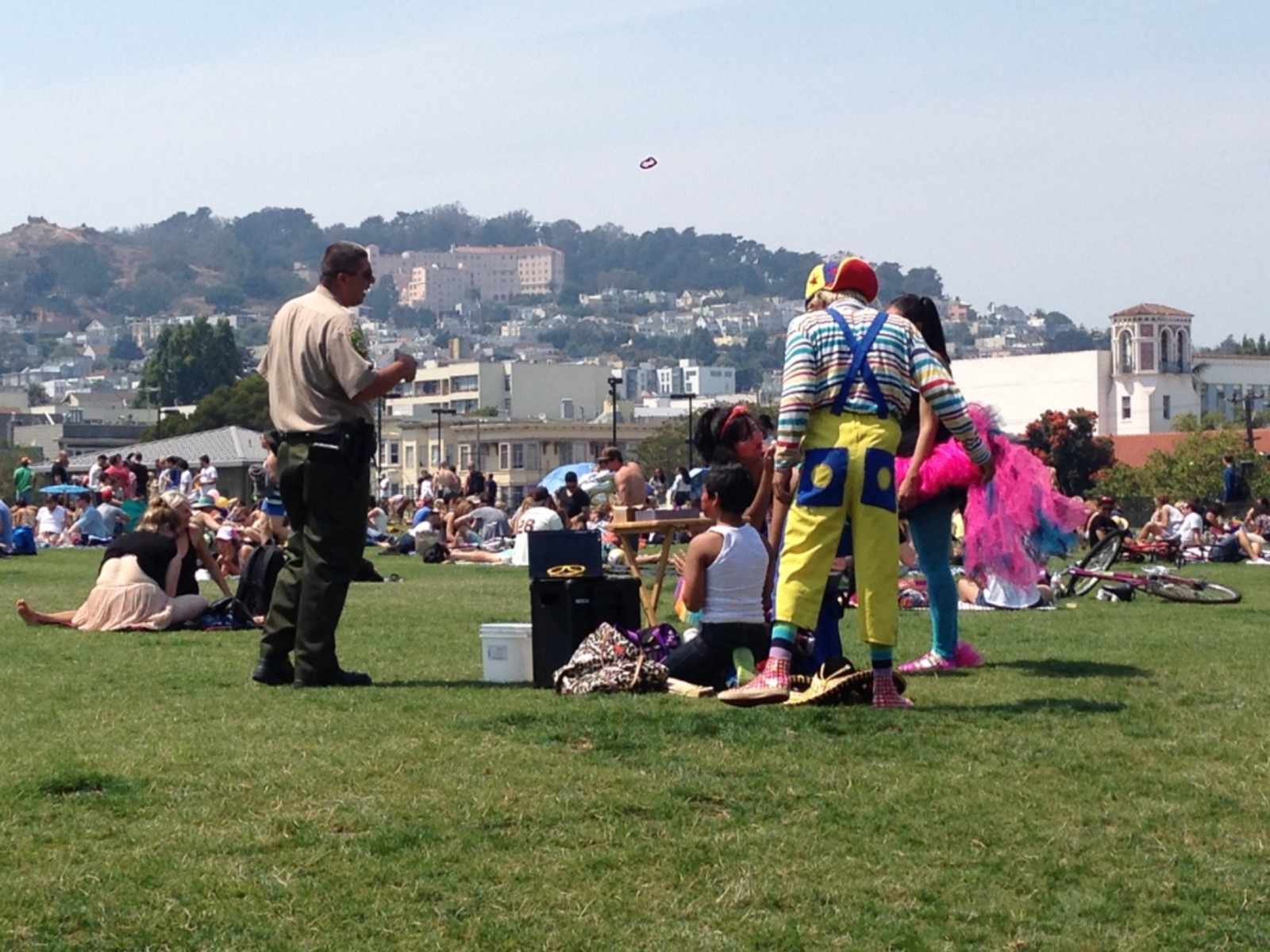 Having harshed the clown’s mellow, the ranger made sure this smoker knew he was sitting on dangerous ground. Smoking in Dolores is illegal, don’t you know? 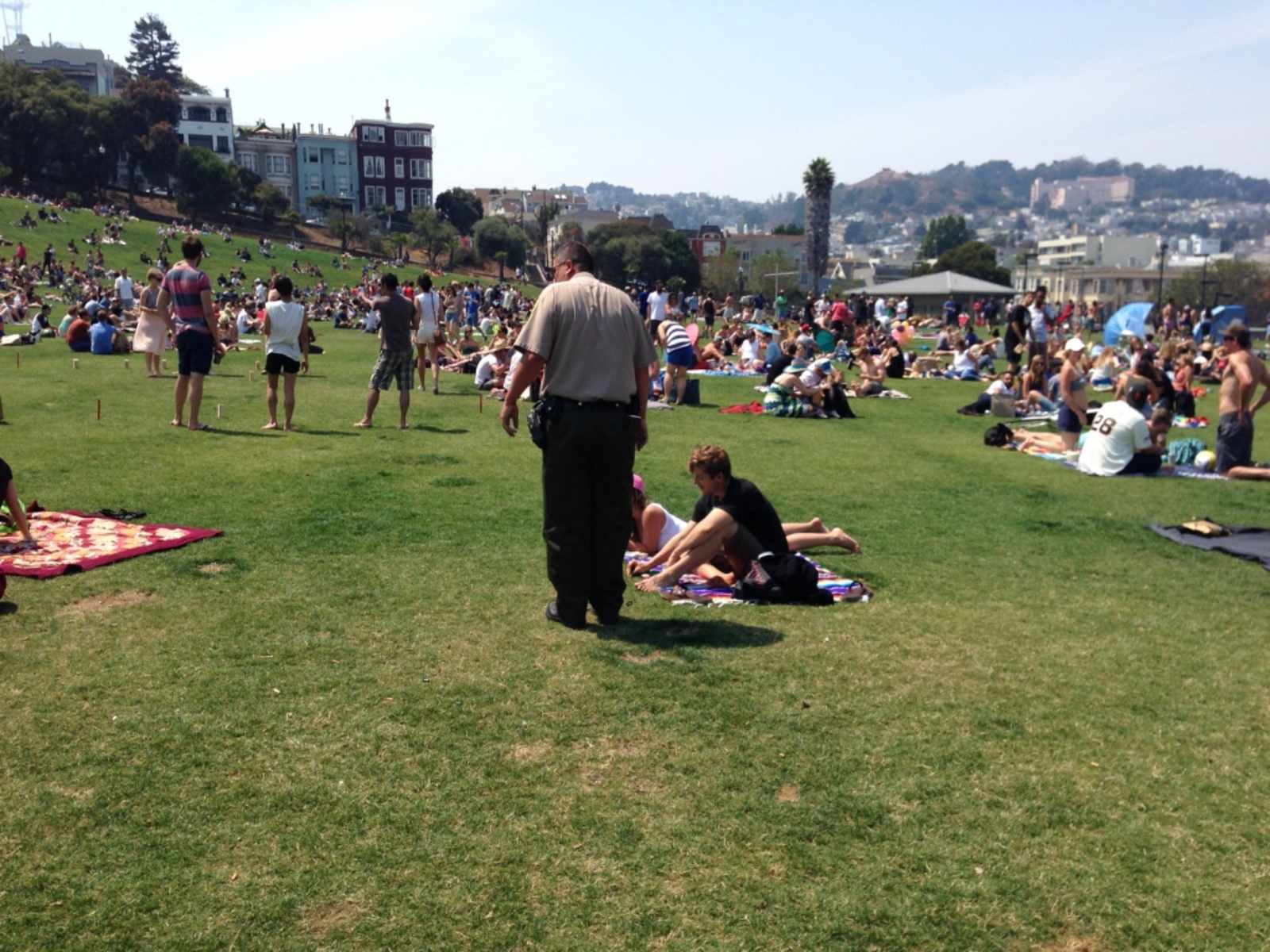 Sipping wine quietly while you causally smoke a cigarette? That’s a double warning. 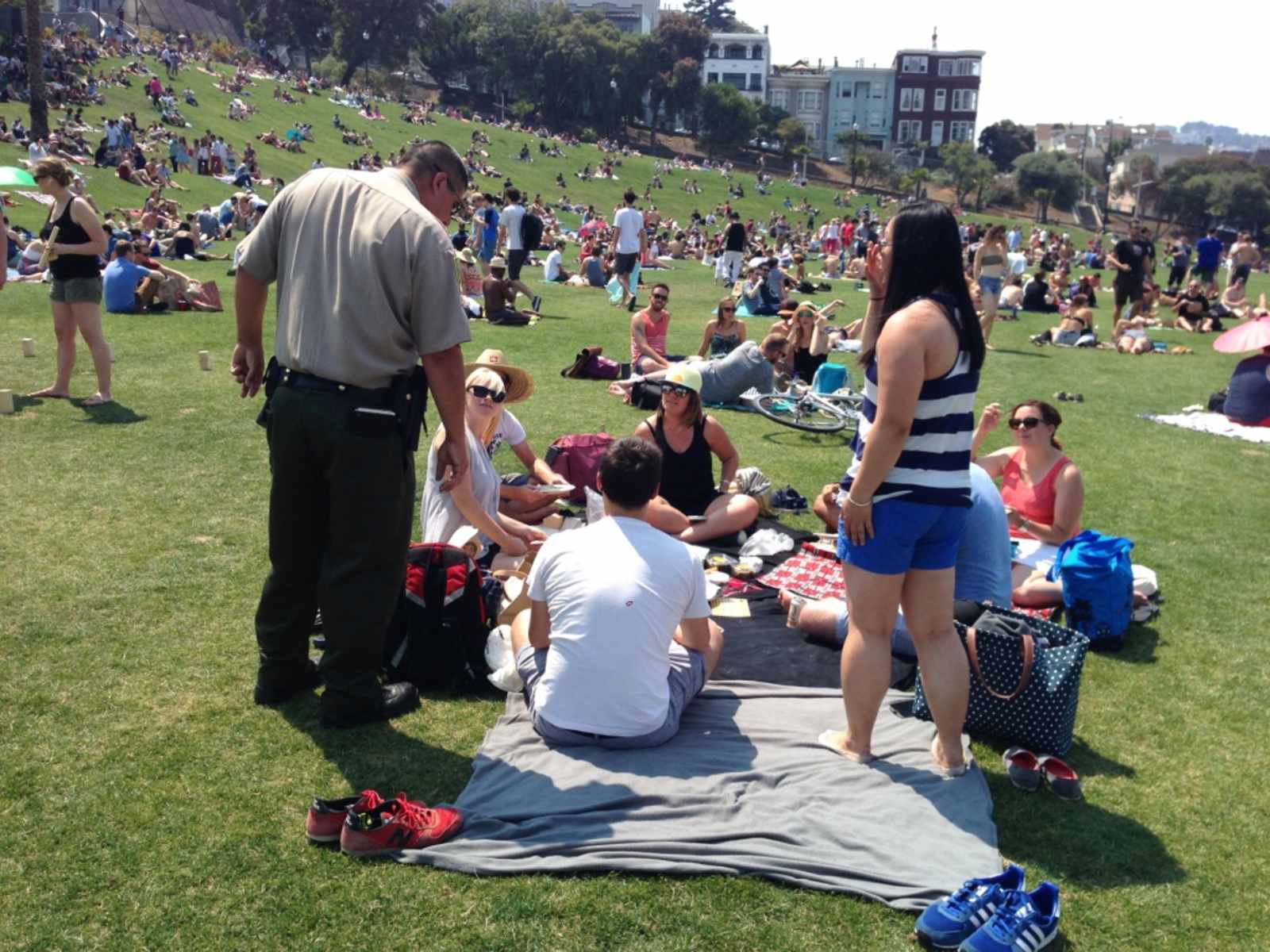 Standing around drinking a Trumer Pils? Don’t think so. 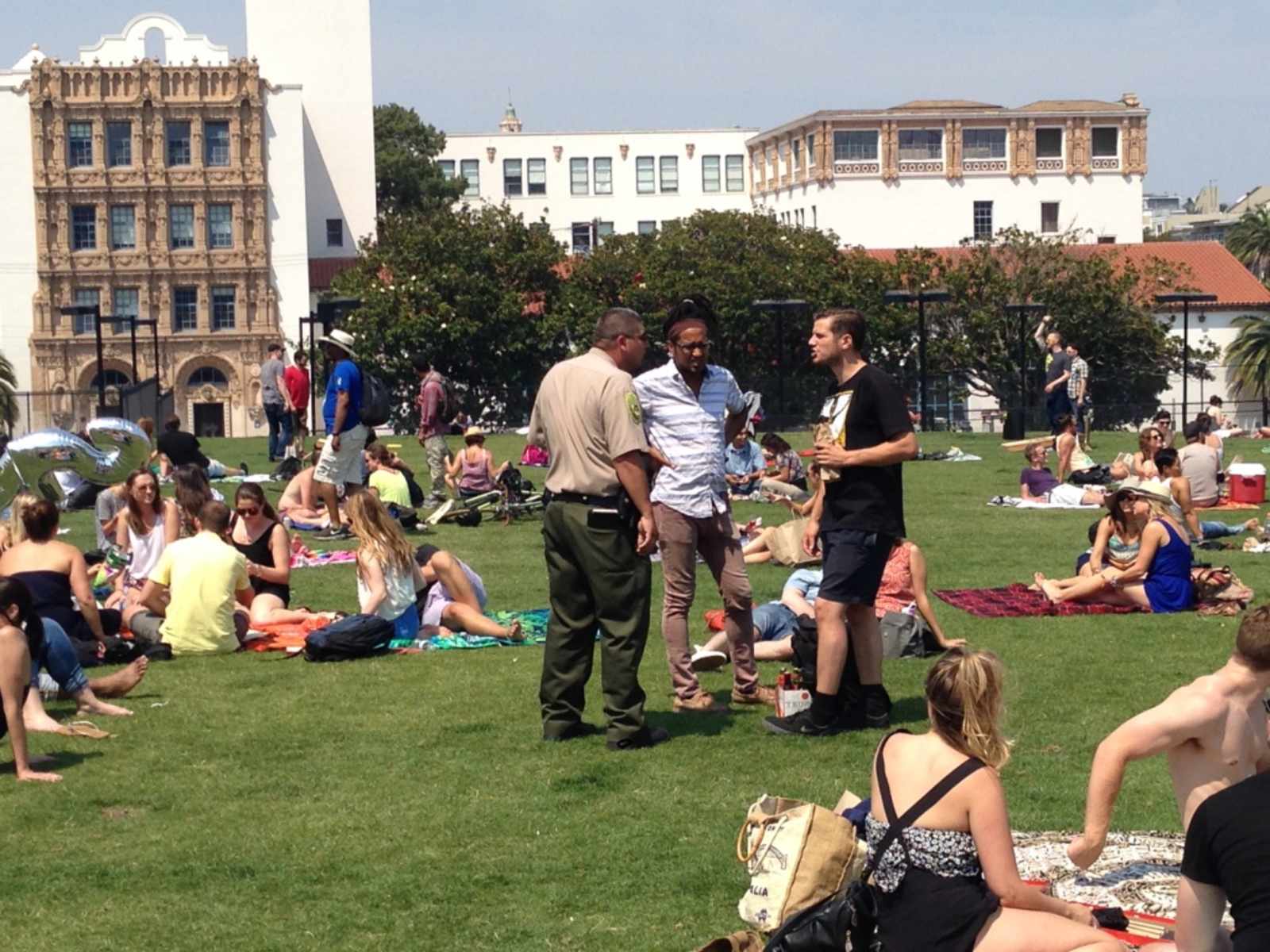 Oh yeah, and this table on the sidewalk has got to go. 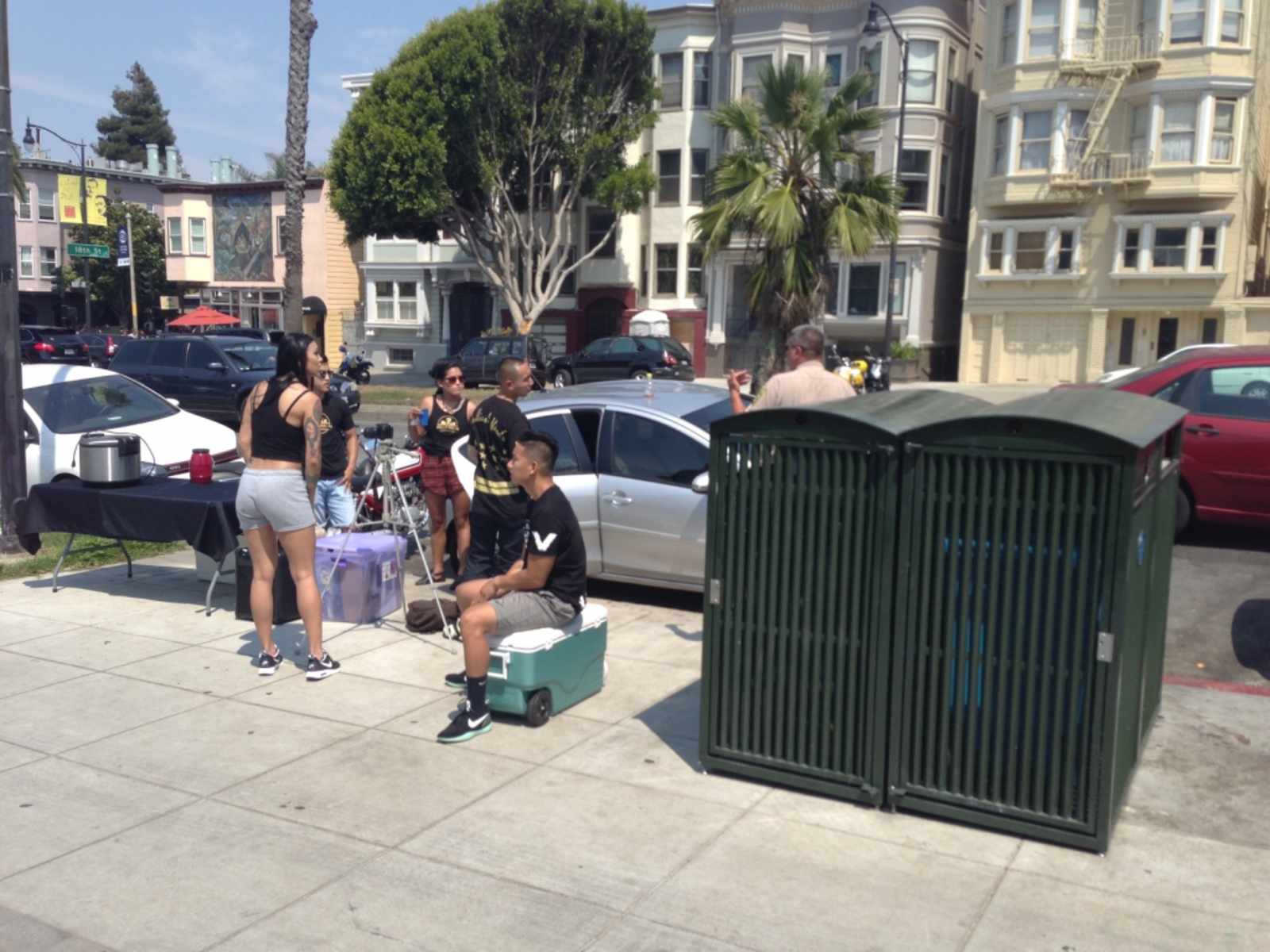 It’s like no one saw the giant flashing road sign warning of $192 fines for having glass. This guy didn’t: 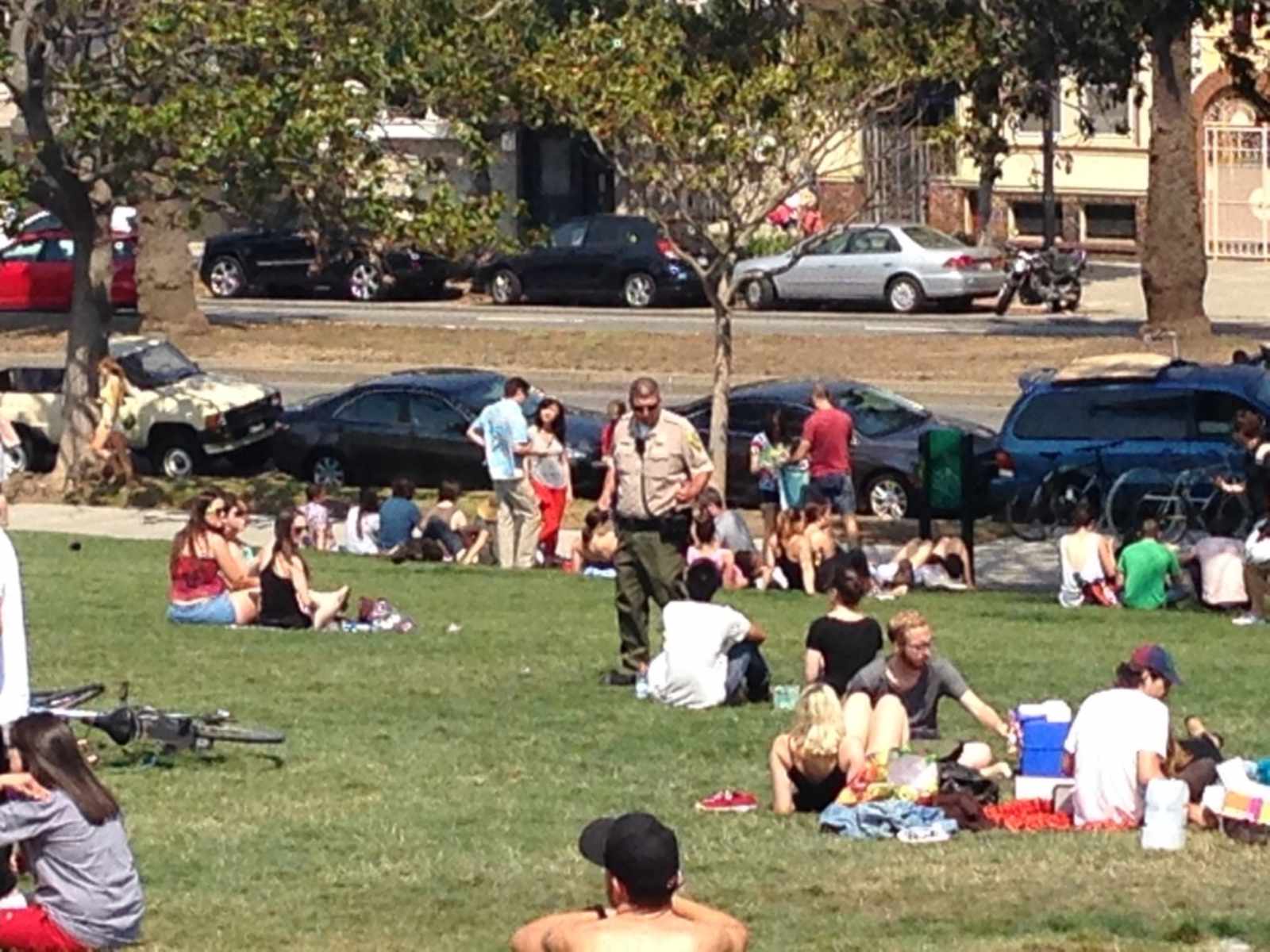 Nor did these ladies: 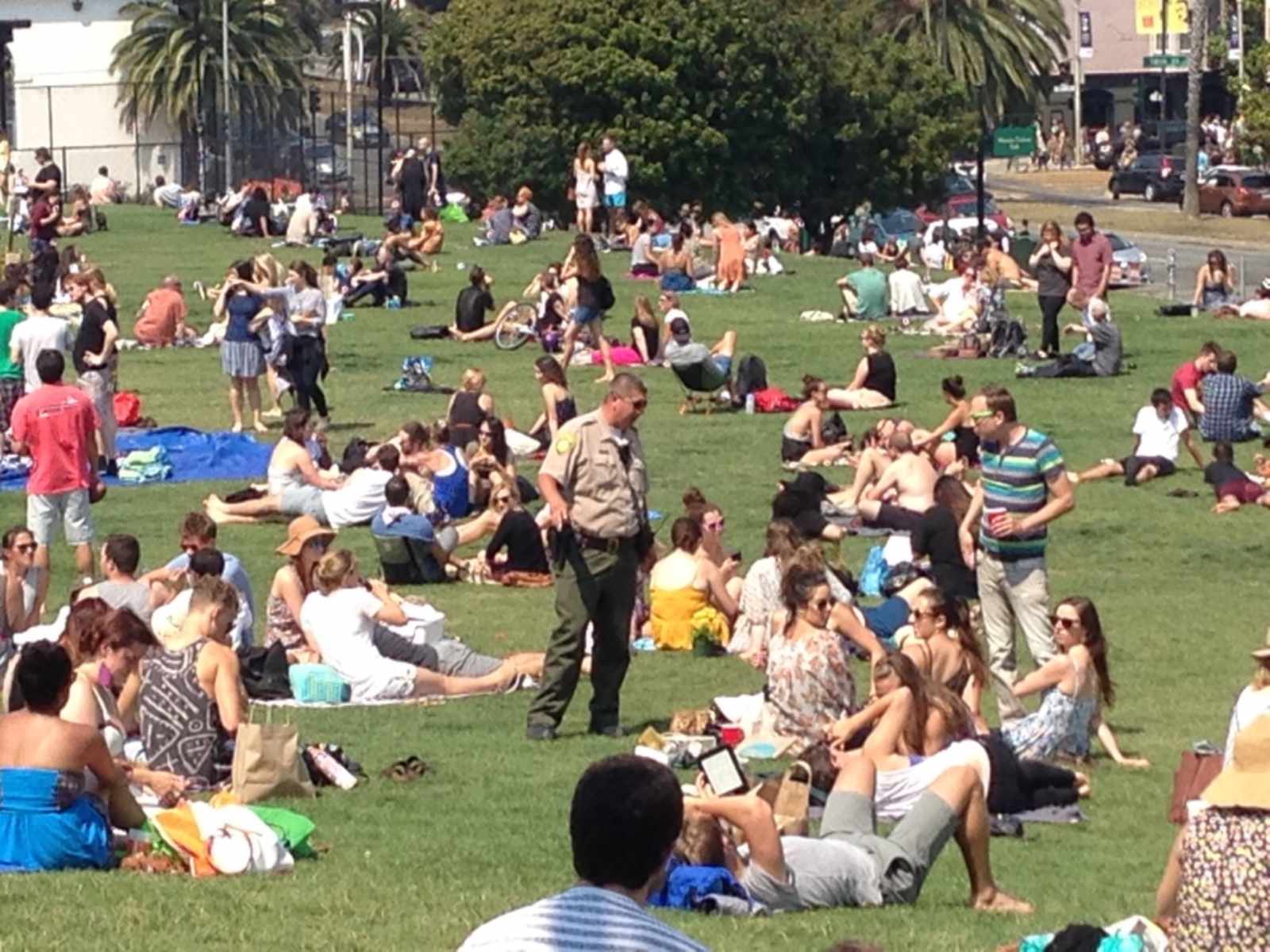 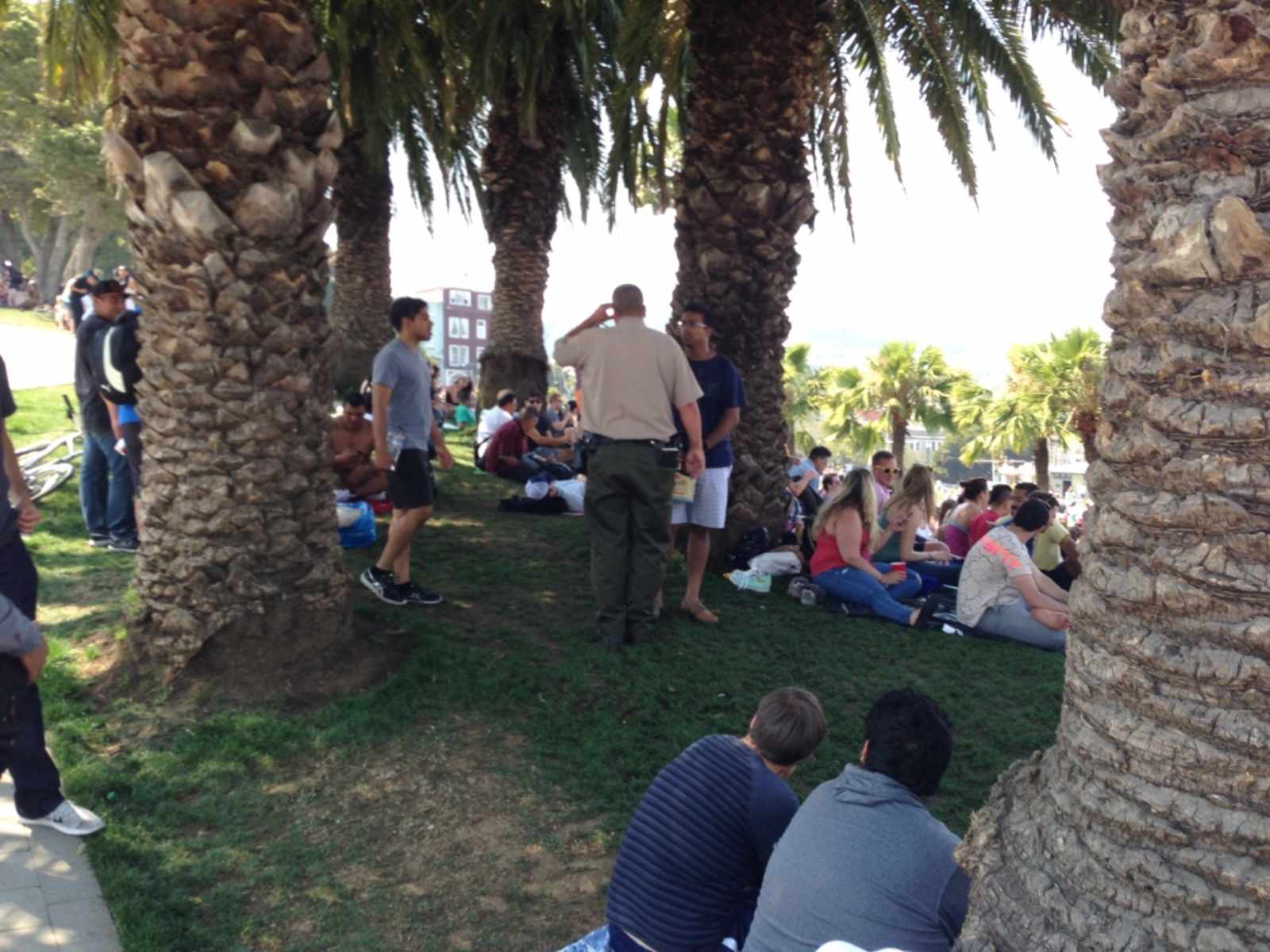 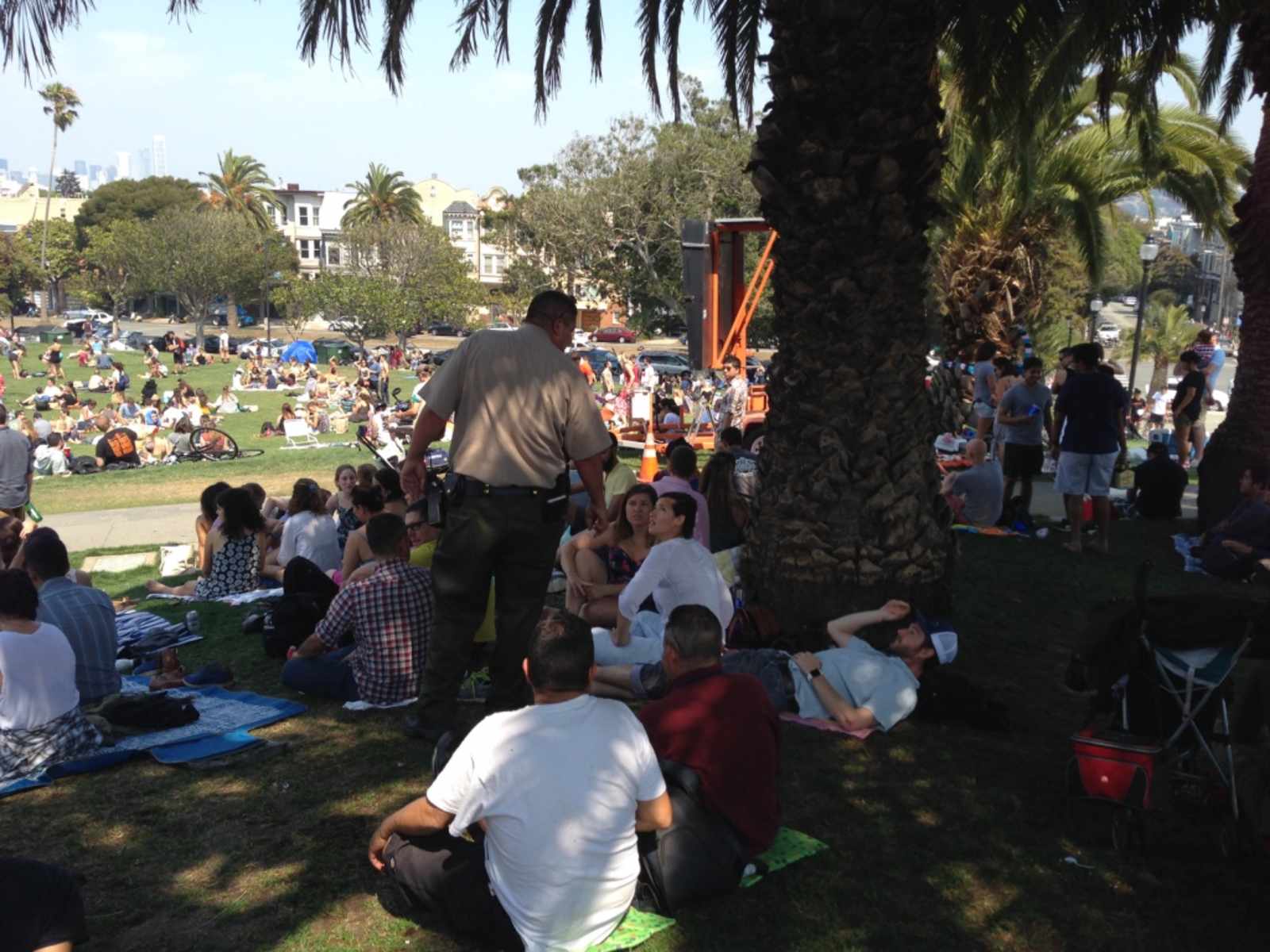 And definitely not these women: 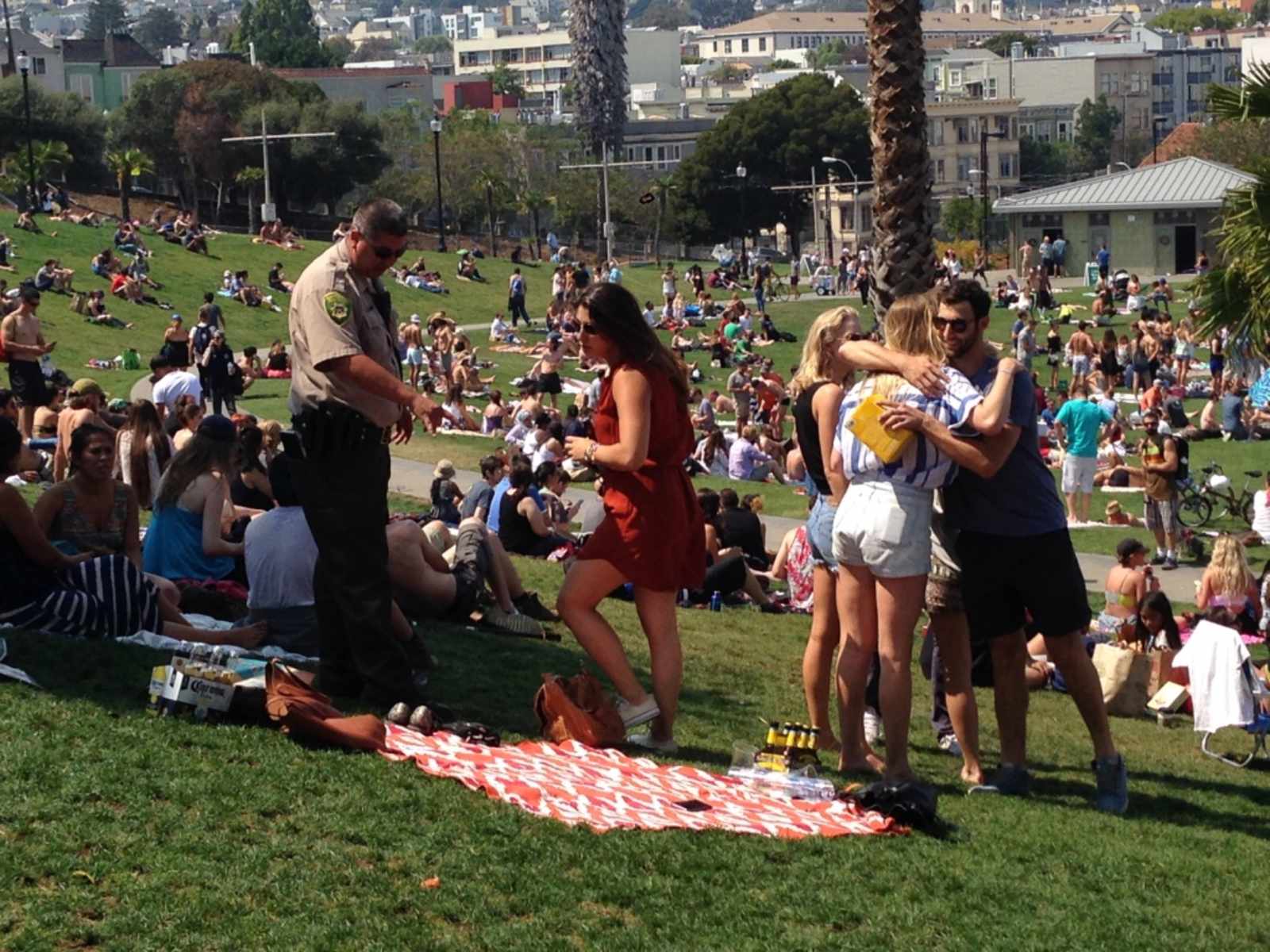 What’s that? You’re brown and smoking a cigarette? 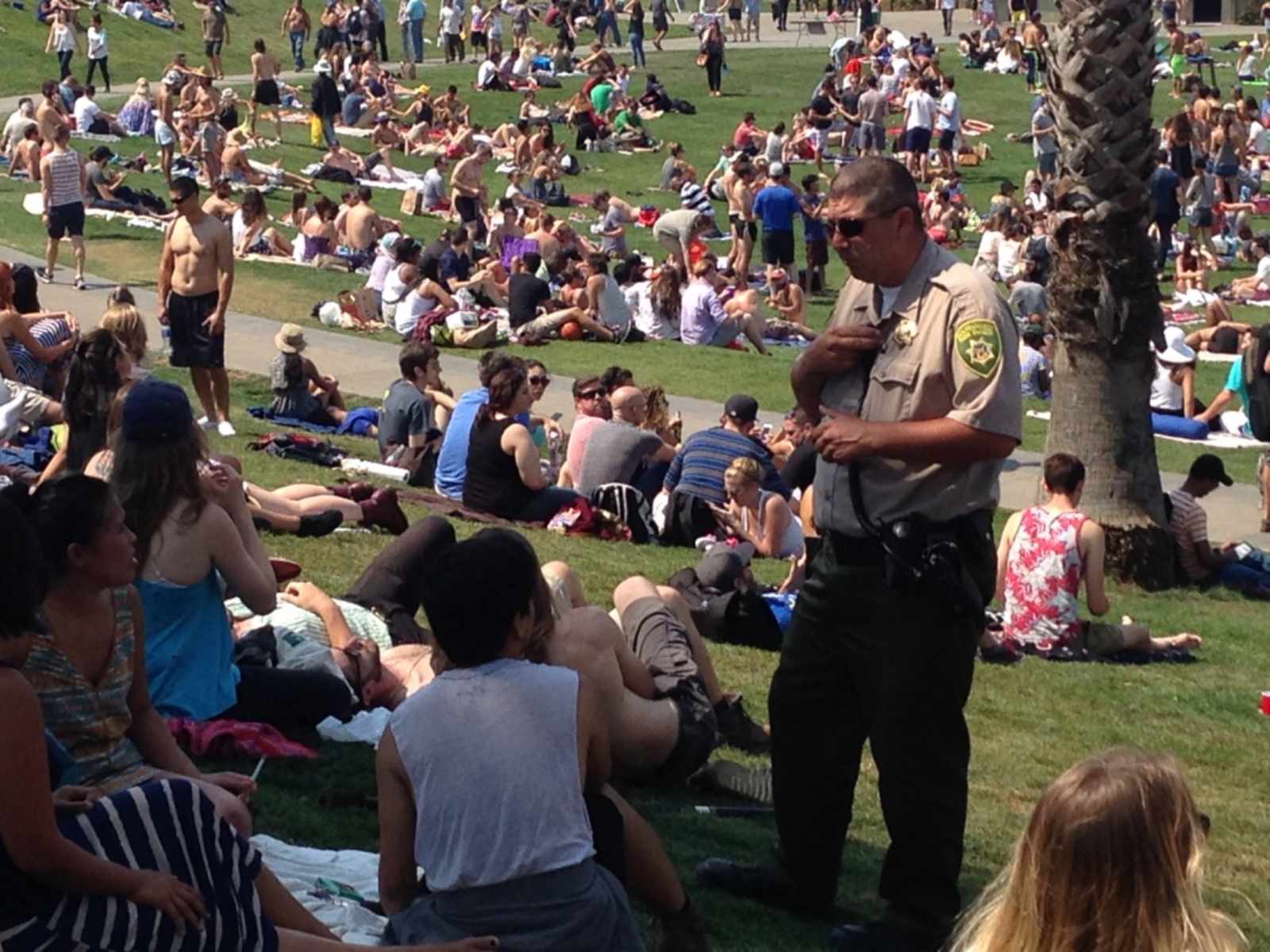 Yeah that will cost you a ticket. 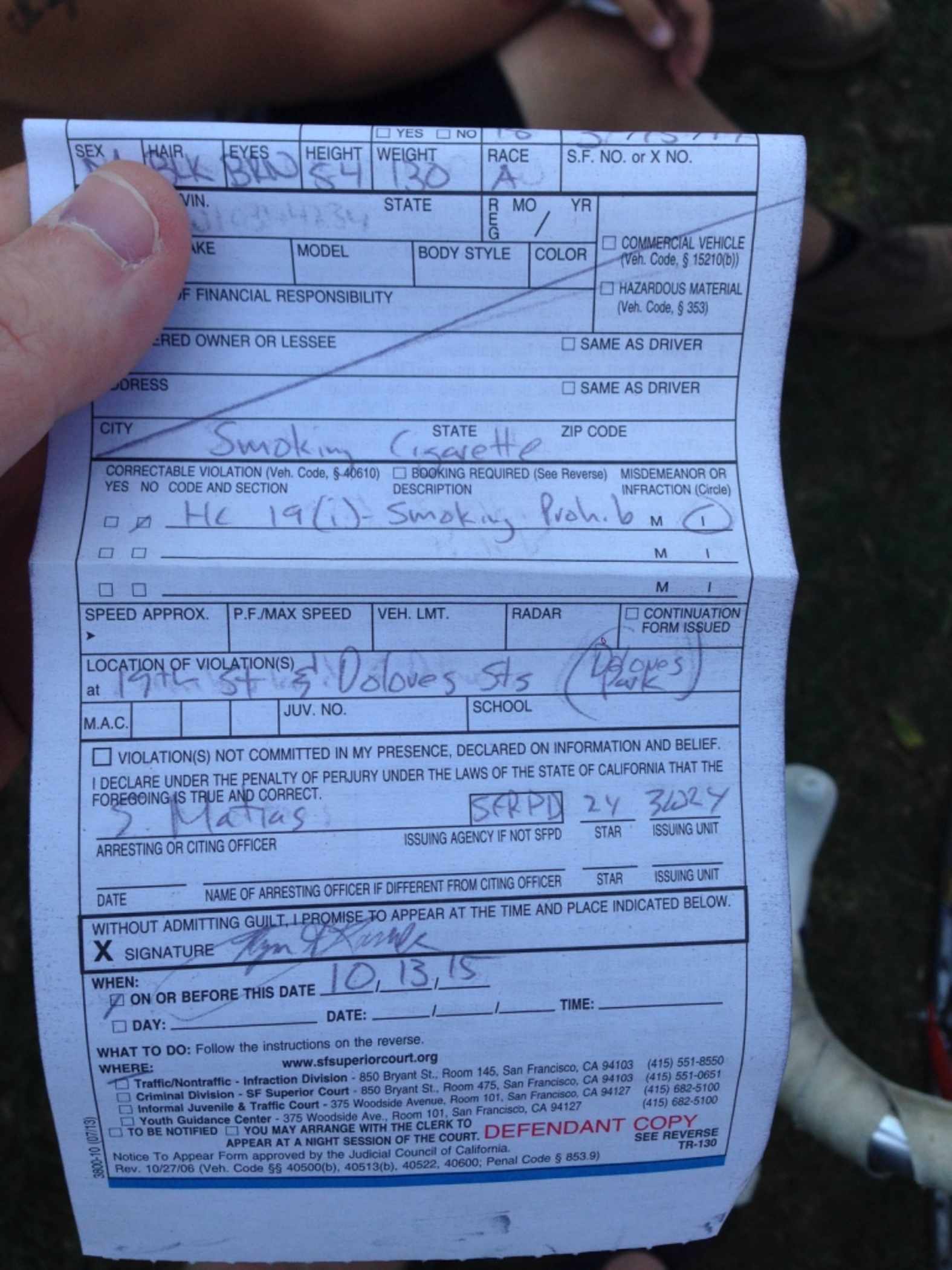 And again, no glass in the park. 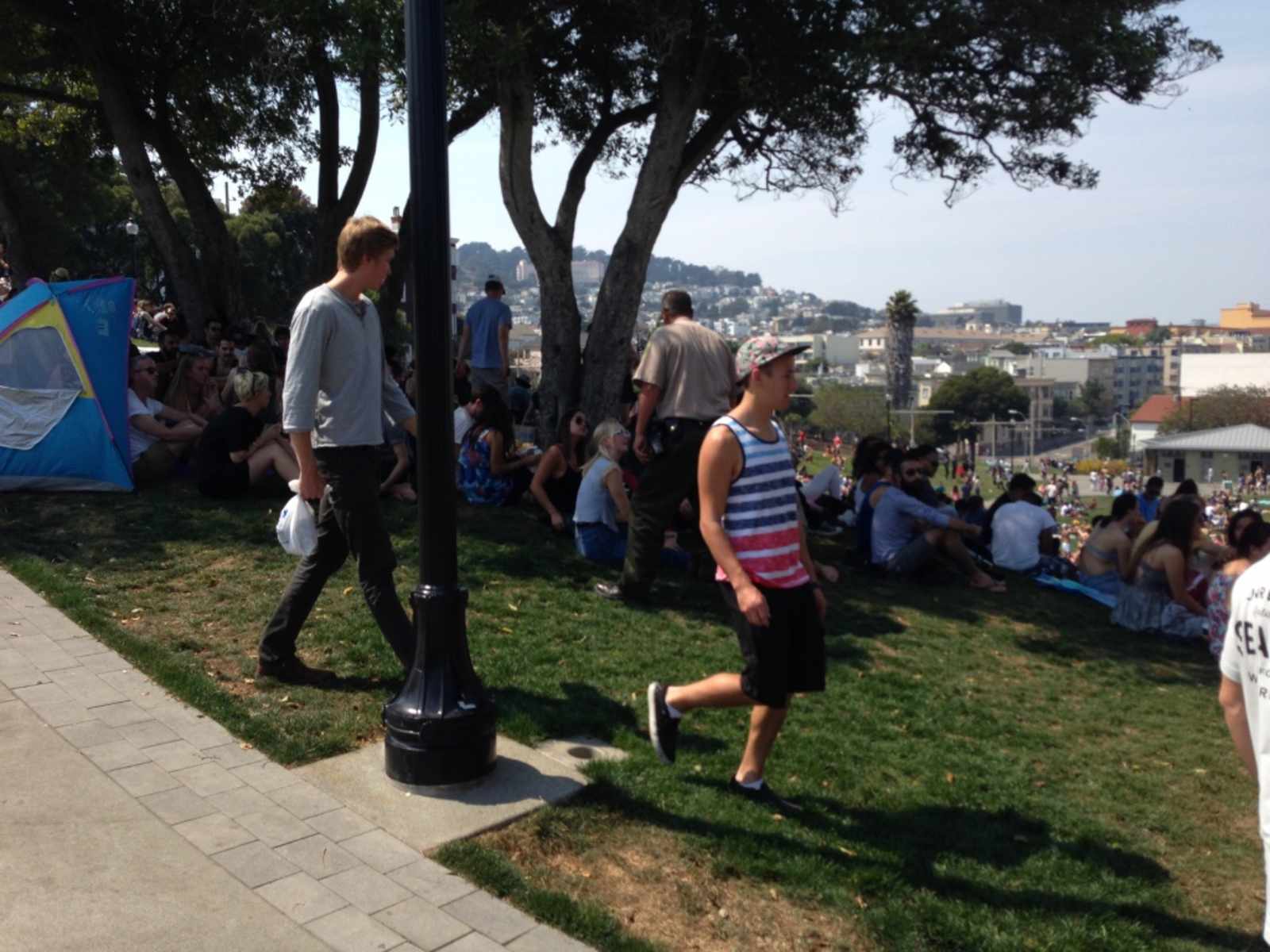 Bros, seriously with the table? What were you thinking. 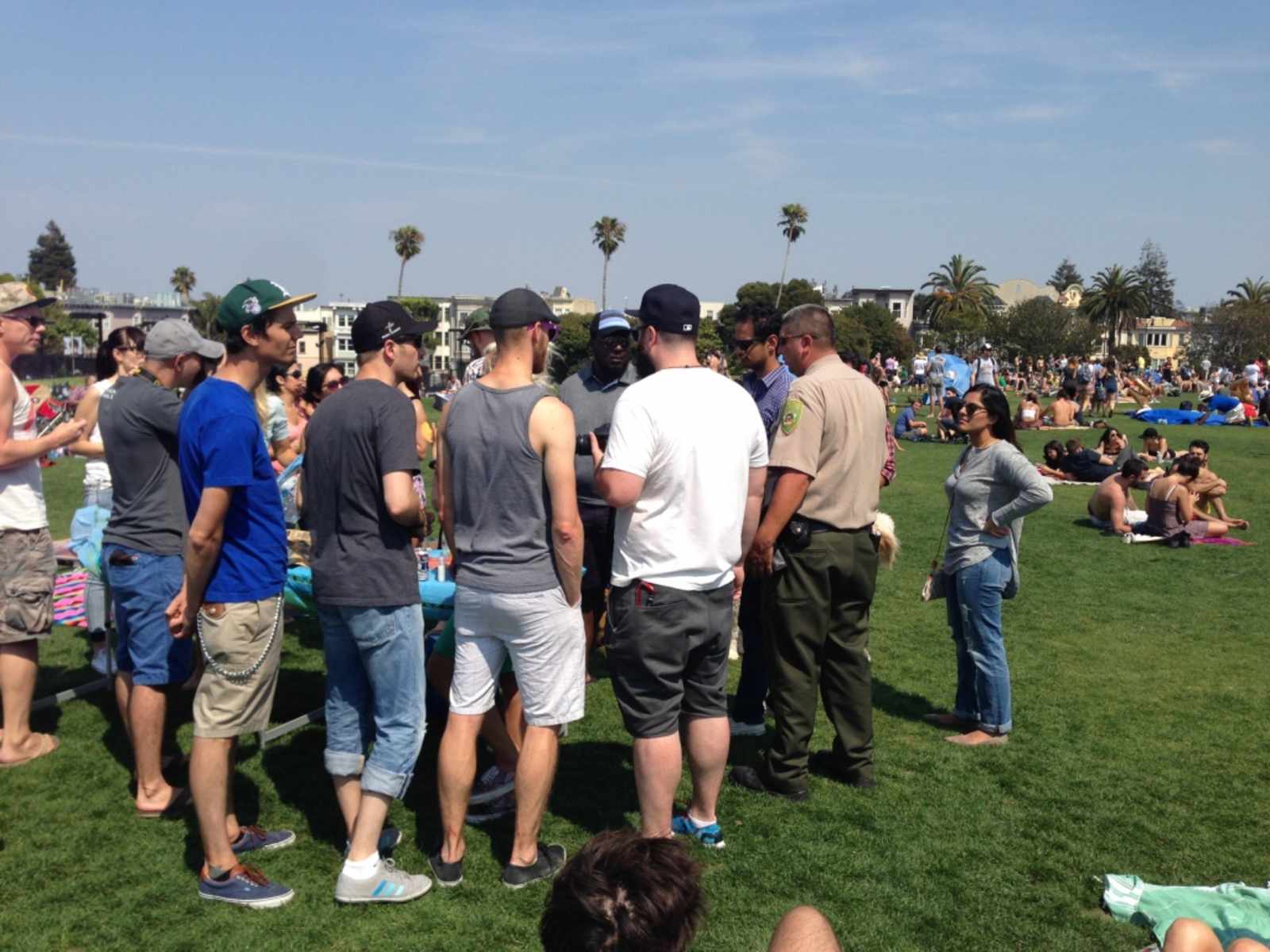 And the ranger practically chased this woman from the park for the crime of smoking a cigarette. 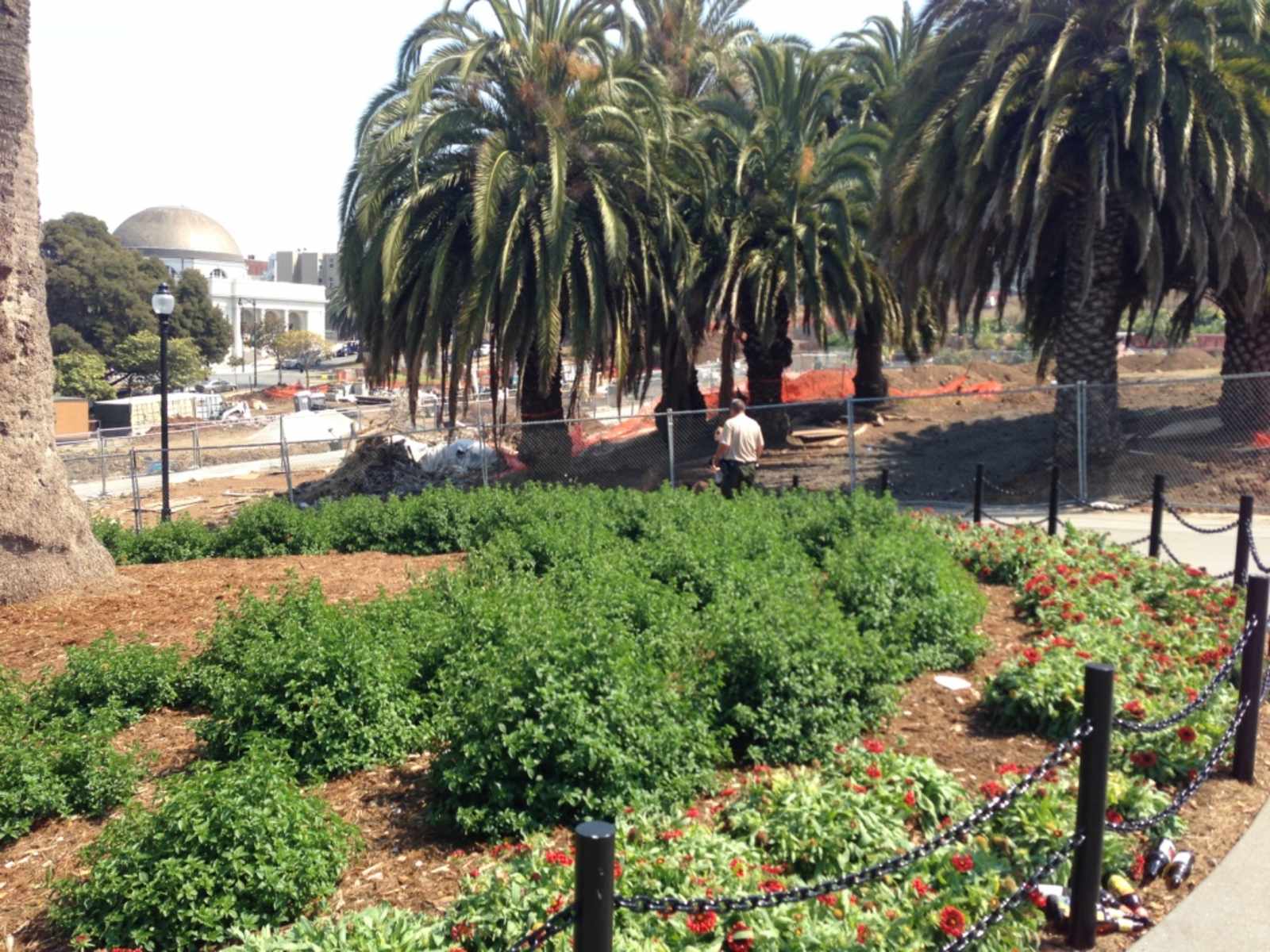 It’s important to remember that all of this occurred in the span of an hour and ten minutes, and by no means is the entirety of encounters between the ranger and parkgoers. Incidents not pictured include the ranger grilling a tourist for having sparkling water, and telling a twenty-something he couldn’t drink iced tea (the man looked totally dumbstruck for a second, and then gave the ranger the finger).

And while it’s upsetting that the city apparently now deems it an enforcement priority to have a ranger nanny-stating his way through the entire park, this is the obvious outcome of our elected officials repeatedly calling for increased policing in the park.

The park ranger’s actions this past Saturday left us wondering: is the real goal behind this crackdown curbing littering, or is there a larger desire to remake the park’s culture? Because if our representatives truly wanted to see increased police presence without stomping on park culture, then they could have worked to repeal the laws that criminalize that culture. Instead, they ensured the park was hit with more of the same broken windows policing that has failed to keep the park clean for years. 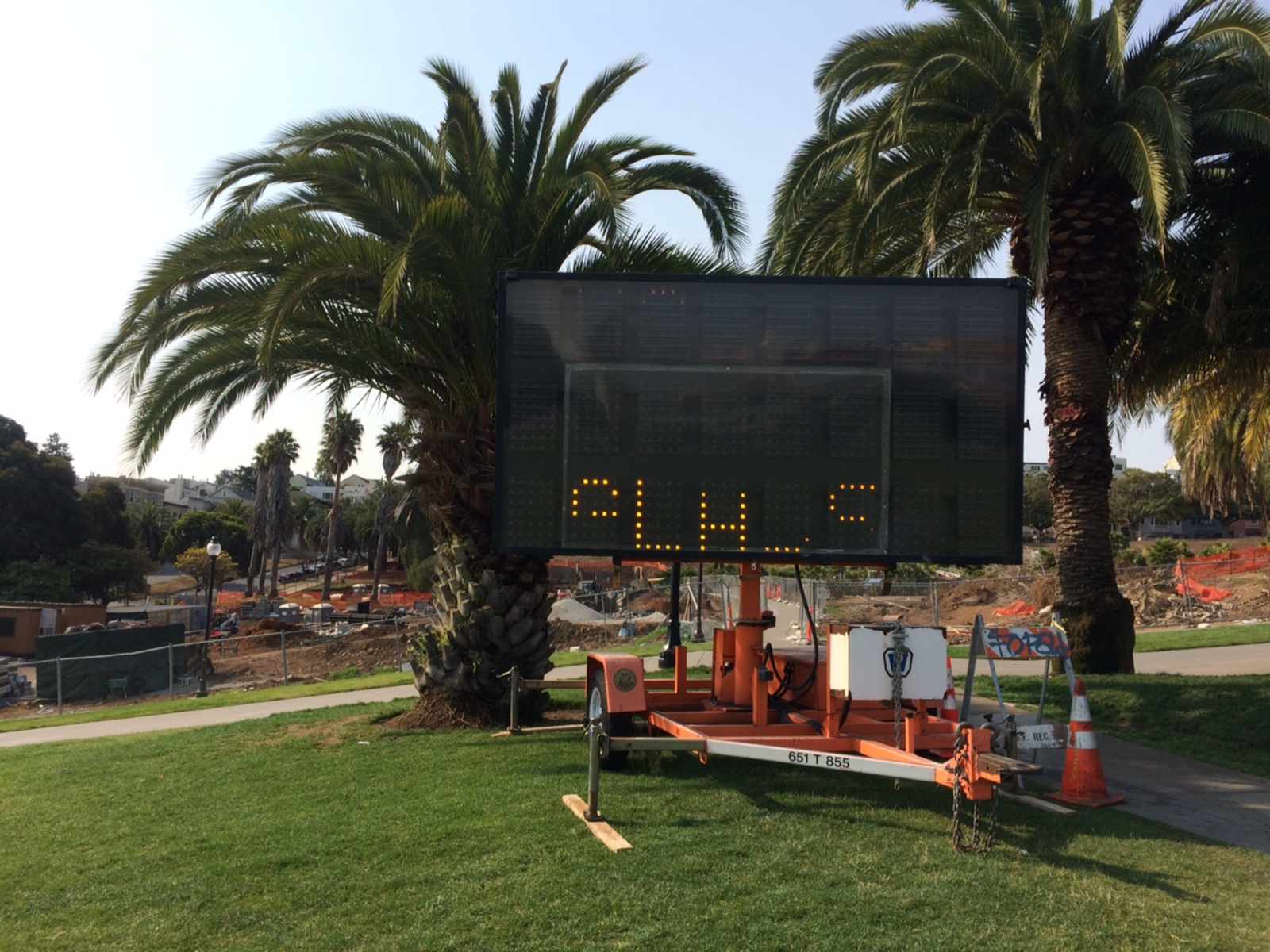