Pop The Champagne (But Hide The Whiskey) 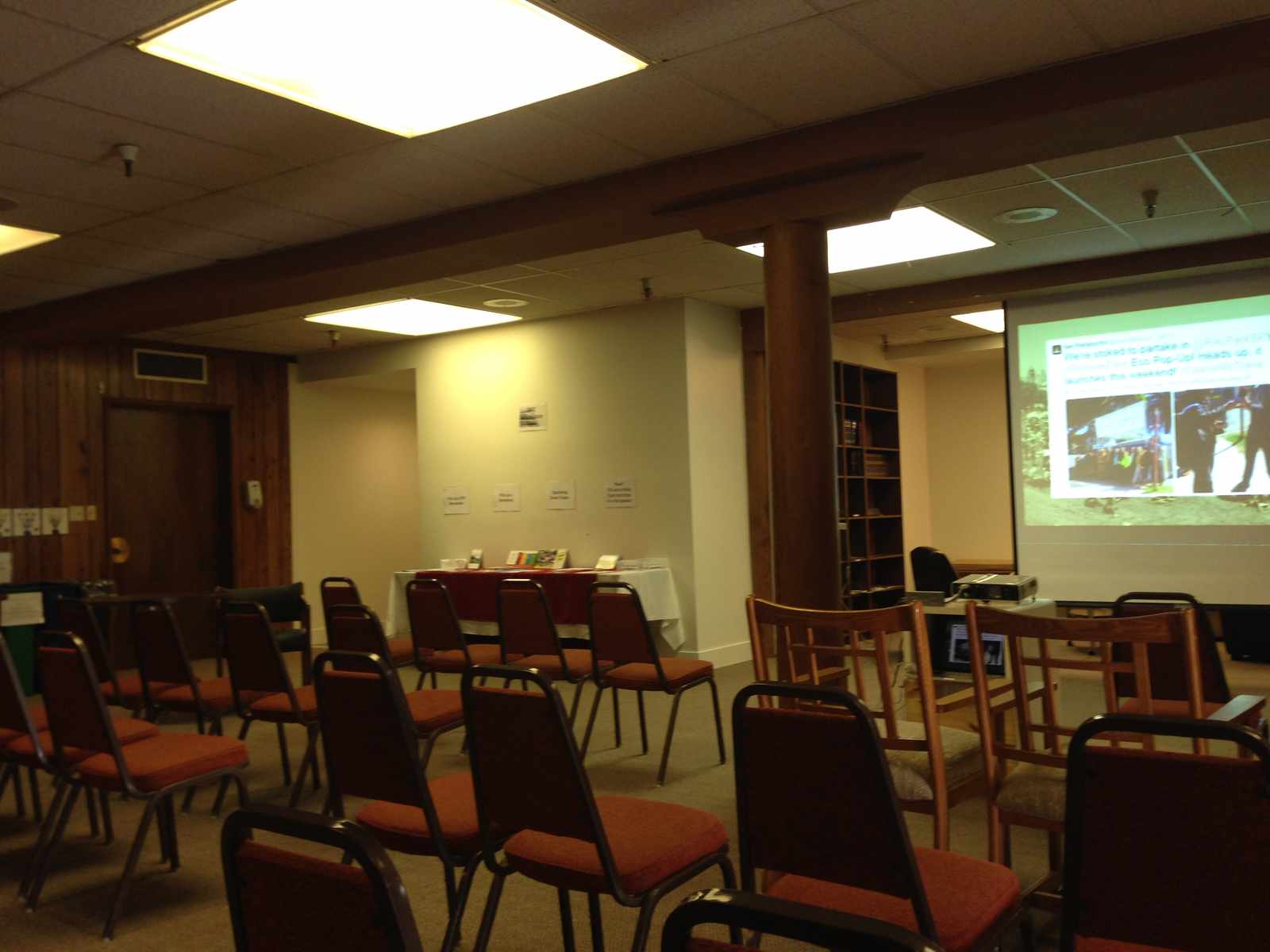 Last Tuesday the San Francisco Recreation And Park Department held three meetings to discuss Dolores Park, both the current construction schedule and the future of the popular hangout spot. The evening meeting, held at Dolores Park Church, was led by Taylor Emerson of Rec and Park and billed itself as an opportunity to “learn about the capital project, the campaign to keep the park green, and how you can be a part of making Dolores Park great.” The meeting, which spent a predictably lengthy amount of time addressing neighbors’ complaints about garbage, was interesting mainly for reasons other than the detailing of new trash management policies.

In addition to announcing that the north side of the park would reopen to the public late “June-ish,” and that the south side of the park would be closed for roughly twelve months, Emerson took time to make it clear that Rec and Park is not trying to shut the wonderful party that is Dolores Park down. Rather, they are attempting to ensure the park is safe and enjoyable for all—including the vilified IPA drinking crowd. To this end, she said that park rangers patrolling Dolores would focus enforcement on hard alcohol and amplified sound, leaving the hypothetical weed smoking didgeridoo player free to drone on in peace.

What’s more, in a fascinating example of dedication to informed policy making, Emerson detailed an afternoon she spent shadowing Michael—better known as the dreadlocked, machete-wielding coconut and rum dude. Calling him “a very important part of the park,” and “an ambassador,” Emerson explained that by working with Michael to impress upon his clientele the importance of composting spent coconuts, almost 100% of the coconuts he sold that day were properly sorted into the compost dumpster. It is this type of approach—working in collaboration with those who use the park instead of ticketing them—that seems to be the most thoughtful way forward.

Emerson did take time to acknowledge the much-hyped problem of trash in the park. She was quick to address complaints from those in attendance, admitting that some culpability resided with Rec and Park as they had “not provided adequate [trash receptacle] capacity,” both in regards to numbers of cans and the frequency with which they are emptied. Emerson explained that in addition to working with Recology to increase trash capacity (read: get more trash cans and have them emptied more frequently), the Rec and Park Department consulted with Burning Man to devise a new trash management system—specifically, the Eco Pop-Up that debuted in the park a few weeks ago. 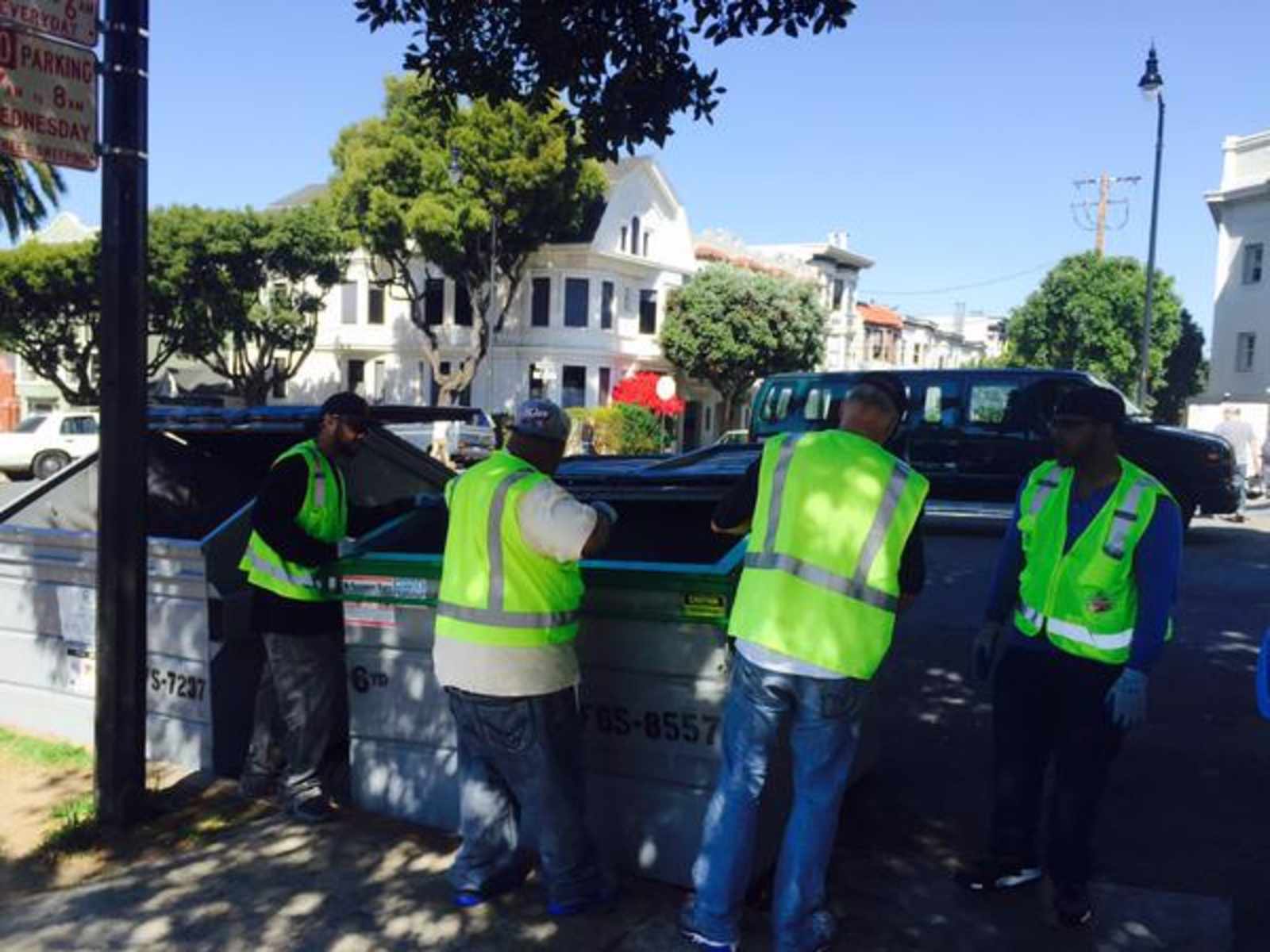 The Eco Pop-Up pilot program, which somewhat counterintuitively includes the removal of all but two trash cans from inside the park itself, is scheduled to run on weekends until the end of summer. The pilot program brings large compost and recycling dumpsters to the edge of the park, and includes employees to ensure waste is properly sorted.

Perhaps with the newly increased trash capacity, and the proposed semi-reasonable approach to enforcement, the party in Dolores Park can continue uninterrupted. We may not have to wait much longer than “June-ish” when the brand-new north side opens to find out.

“To this end, she said that park rangers patrolling Dolores would focus enforcement on hard alcohol and amplified sound, leaving the hypothetical weed smoking didgeridoo player free to drone on in peace.”

“What’s more, in a fascinating example of dedication to informed policy making, Emerson detailed an afternoon she spent shadowing Michael—better known as the dreadlocked, machete-wielding coconut and rum dude. Calling him “a very important part of the park,” and “an ambassador,” Emerson explained that by working with Michael to impress upon his clientele the importance of composting spent coconuts, almost 100% of the coconuts he sold that day were properly sorted into the compost dumpster. “

So… they’re going to focus their enforcement on “hard alcohol” but… a gentleman who SELLS coconuts *******AND RUM******* … clearly violating laws against both selling food and (much more serious) laws against selling alcohol … is a “VERY IMPORTANT PART OF THE PARK?” What a FASCINATING EXAMPLE of SF government ignoring (encouraging?) glaring rule-breaking while focusing enforcement on non-preferred-class rule-breakers.

BTW next time someone is injured by a drunk at the park the city has just exposed their own liability by turning a blind eye.  (same goes for the median parking)

I personally would generally prefer a more libertine alcohol and food regulatory paradigm in which this gentleman was able to continue selling his alcoholic beverages openly in Dolores park, with his customers voluntarily bearing the associated risks. I can see some argument for preventing alcohol sales to minors, but that’s about it.

However for a government representative to openly appear to cherish his rule breaking in the context of an extended discussion of other, less legally serious rule breaking, is LOL.

Yeah, first thing I noticed. Thought it was some kind of a joke. No hard liquor, EXCEPT RUM. And why is beer and wine okay? I must have missed something. Selling? Can we get the ABC involved?

I am so sick of 27-year-old overemployed teenagers. But it can always get worse. It’s just a month until those clone high school hetero couples make the park and Pride even more boring than it already is with those stupid denim short and rainbow tutu/wings/halter top outfits. They must sell those at Hot Topic now.

Also, way to go, increase the trash capacity so that an already beyond capacity situation can just GROW and GROW. Working with Burning Man, heh, it figures.  Let’s just trash it all until there’s nothing left.

Also, I used to think the dogs and their owners were out of control. There isn’t even room for a chihuahua now. But the best point I’ve seen made came from a rep of the SF Mime Troupe. They’re worried that there will be no room for them to put on their play on July 4th, an SF tradition, and that the crowd is too boorish to even care.  You can’t even call it a park anymore, it’s like a “rave” after they stopped being raves, like when those big promoters started running them at Cow Palace, lol. Suckers.

people stopped caring about the sf mime troop 15 years ago….. Opening the north side brand new grass just in time for Pride and 4th of July weekends seems insane

Let’s just sit back and let them shut down all the cool bars while we fight for the right to act like yahoos in what WAS one of the best parks around.

Maybe mom and dad will tip us off to some good REITs to invest in so we can clap while they tear down every old building on Market Street while we’re at it! Nothing like 12.5 percent ROI.

mime troop is lame and Matilda needs to get laid

A regular buzz in the park is good.   San Francisco characters in the park are even better.    The mix when its all happening on a nice day is the best.

Realize that “Hard liquor” was the term for people that are too drunk, not where they bought the alcohol from.

And the idea is  for the park rangers to use sound and professional judgment in only ticketing those that are clearly hard drunk, rather then random and capricious enforcement.

Alcohol is perfectly legal in many other SF parks, including Golden Gate and many of the parks in the Pacific Heights, Russian Hill and North Beach areas.

There’s no reason to keep alcohol prohibition in Dolores Park, especially when it’s not going to be enforced. We need to move on from the over regulation of SF parks and leave law enforcement to worry about real crimes, not adults enjoying themselves on their own public property.

Having successfully forced Phil Ginsburg and Rec and Park to finally provide more (well, larger) trash receptacles, I would love to see Friends of Dolores Park or another group force our public servants to do their jobs and make it legal for us to enjoy our open spaces, rather than act like disapproving judgemental mommies.

Returning the alcohol policies to normality  would be a good common sense project for Friends of Dolores Park to take leadership on.