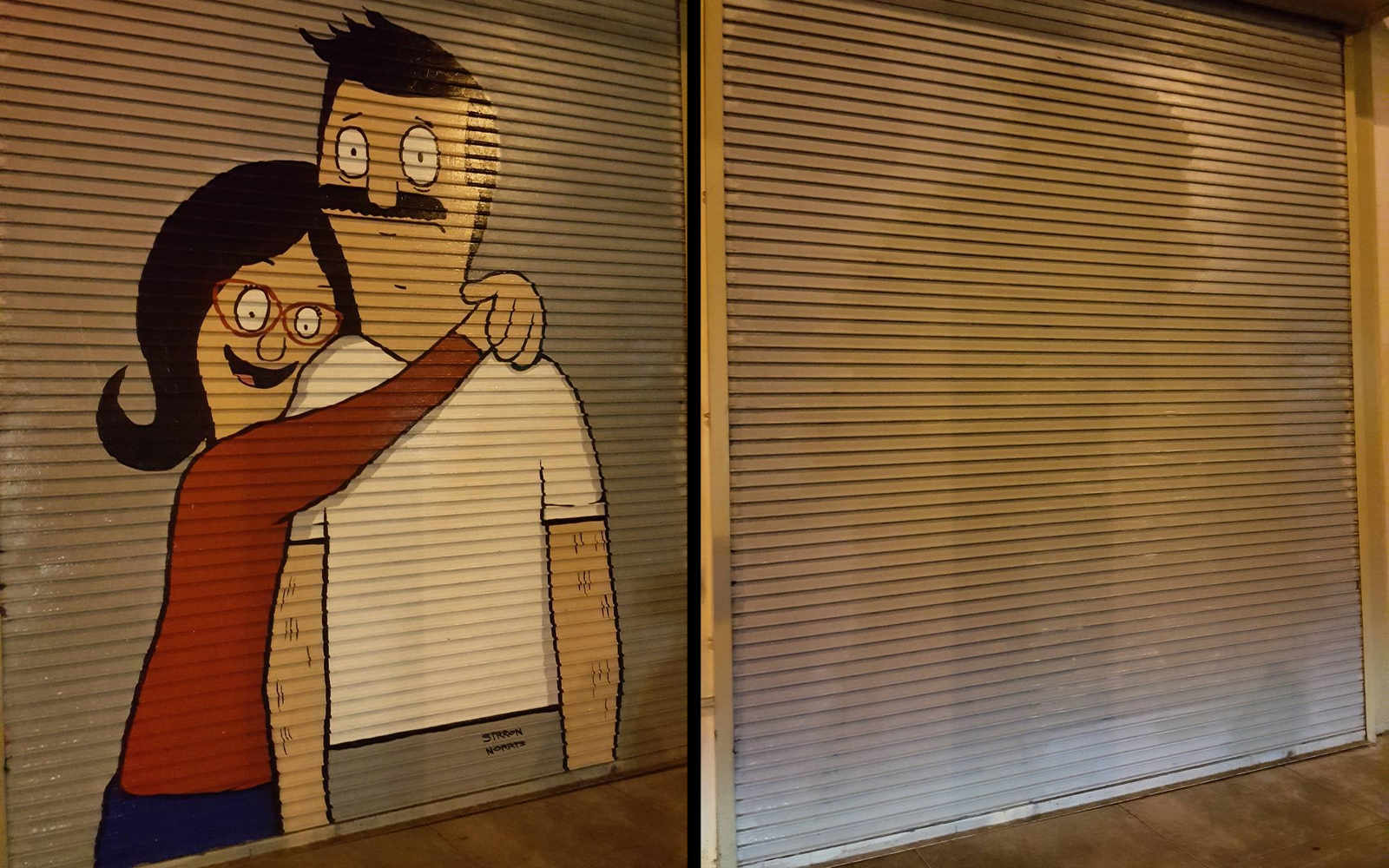 Four months after a mural honoring Bob’s Burgers’ Mission District roots was painted on the roll-up door of Rhea’s Cafe, the restaurant’s landlord ordered its cancellation. According to neighbors and SFist, the staff at Rhea’s “very reluctantly” removed the piece yesterday afternoon.

“Apparently [the landlords] are worried about copyright issues,” Sirron Norris, the artist behind the mural, told SFist. “The owner is not a fan.”

Norris, a San Francisco-based artist who served as show’s lead illustrator, painted the mural at the corner of 20th and Bryant because of the area’s influence on the Fox comedy. Via Hoodline:

“The show’s creator, Loren [Bouchard], lived on 20th,” Norris explains. “The house he used to live in, which is the model for the [Belchers’] restaurant, is also on 20th. [Character designer] Jay Howell worked at Atlas Cafe, and I lived at Bryant and 20th. That corner has a connection to the show.”

As one neighbor put it, the corner can now go back to its former “constant battle with graffiti.” No word if Norris plans on re-painting the mural elsewhere.

another example of how stupid people who don’t understand big words, much less concepts like “copyright” etc ruin nice things. the landlord probably doesn’t even know what the copyright word means. sad!