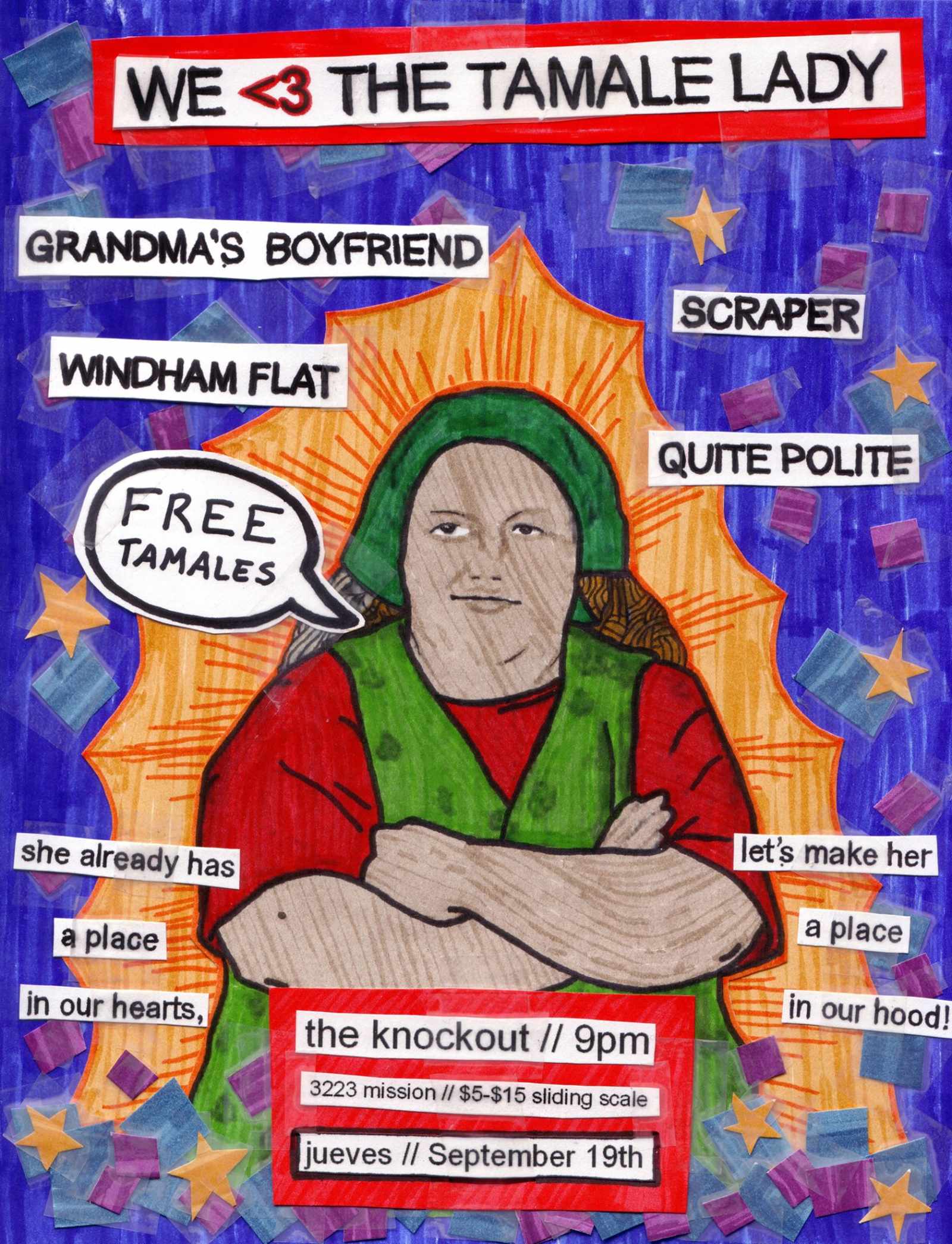 After getting kicked out of Zeitgeist earlier this summer, The Tamale Lady's Indiegogo campaign to open her own tamaleria got off to a slow start.  But after a new mural in Clarion Alley, a marketing partnership with Uber, and a fresh round of donor benefits added to the fundraising campaign, things are picking up and Virginia has bagged nearly $16,500 for her tamale store's kitchen build-out.

Keeping the momentum going, the muralists behind The Tamale Lady's Clarion Alley piece are hosting a punk/garage rock fundraiser this Thursday at The Knockout.  Grandma's Boyfriend (who had a killer set at last fall's Clarion Alley anniversary party), Scraper, Windham Flat, and Quite Polite are all slated to play, and The Tamale Lady herself with be on the scene to dish out free tamales.

I’m not that familiar with Indiegogo campaigns… are two tamales and a couple stickers a typical donor benefit for $500?

My predictions on the future:
we find out she is illegal and is deported,
we find out she beats her children,
she unveils herself as a fascist RAZA supporter from SF STATE who intends to take california back for the RACE,
or maybe she steps up and stops gang violence between the nortenos and suarenos and then she is called MOTHER TAMALE.