Another Mural Bites the Dust 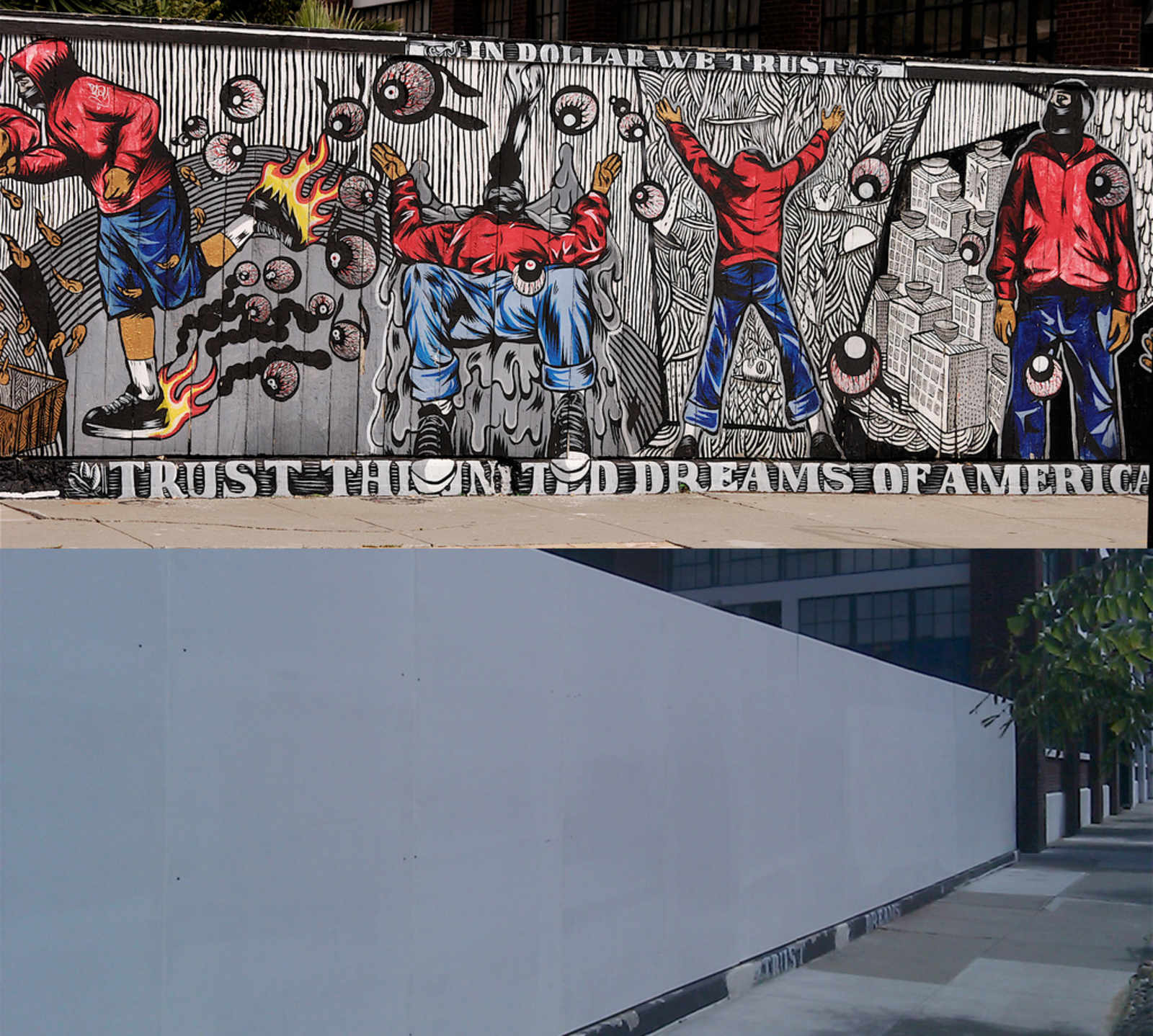 First things started getting ugly in Clarion Alley in the fall, then 2012 hit and things really escalated with the entire 17th St. Mural getting trashed with vandalism, followed by the Mr. Bubbles sign, and then much of Sirron Norris' work.  Even Balmy Alley has seen many of its works ruined in the last month.

Well, according to DVTDY?, who photographed the above whitewashing following the vandalism, we can add the Alabama St. Mural to the body count.

What remains to be seen is if muralists will persist in painting despite the unrelenting destruction of their works.  The pair of artists interviewed last fall in Clarion Alley stated they had enough and were moving on from Clarion's once sought-after alley walls.  Is the age of murals of graffiti prevention done, to be replaced with horribly boring-yet-effective treasure map-esque lines?  We can only hope not. 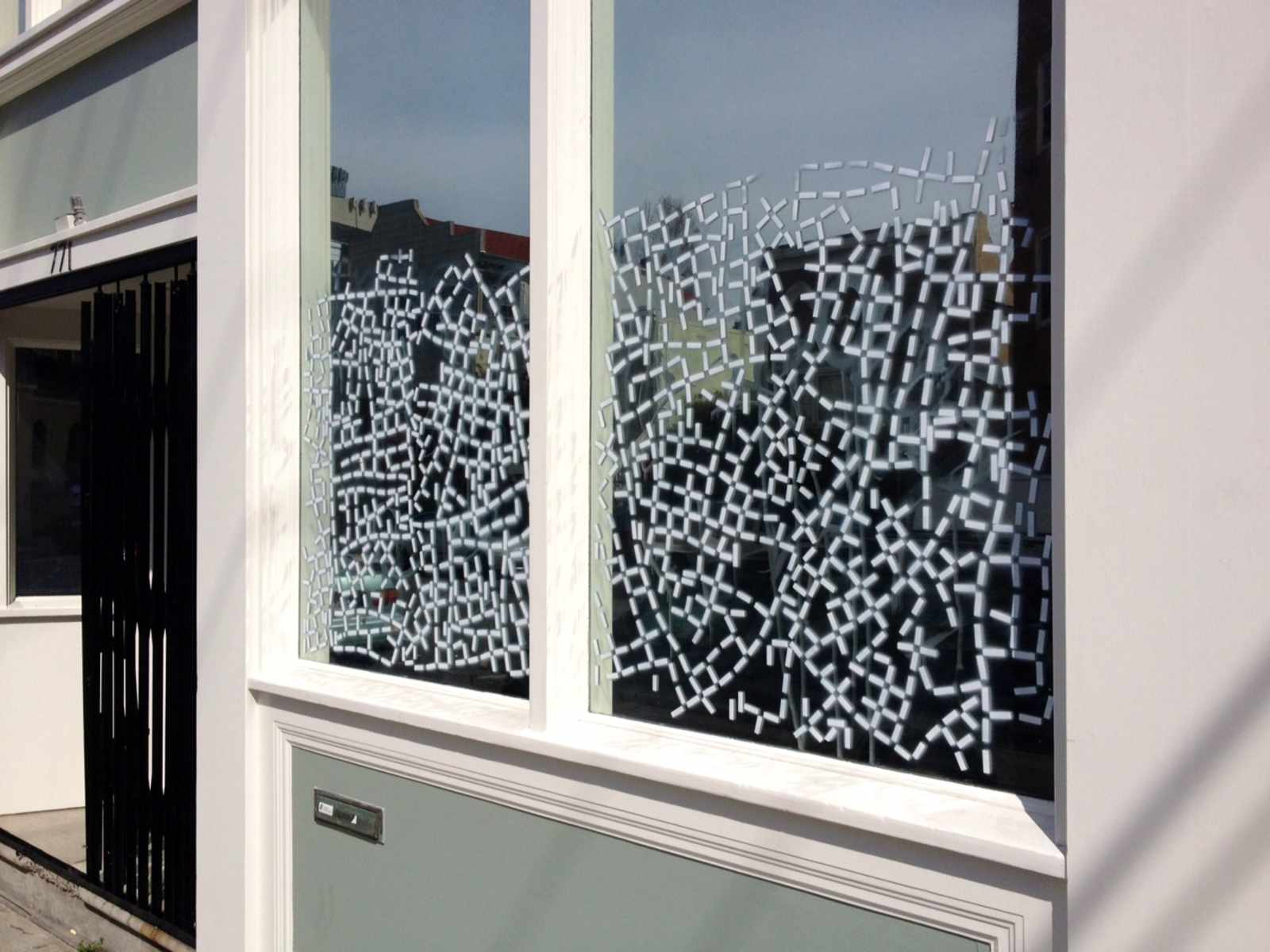 someone should go and add “THE BEATLES” in raised white letters at the right edge.

Perhaps lamenting the “unrelenting destruction of their works”, we should just consider it the never ending evolution of the space?
Nothing to just mad about, everything is temporary.

I thought street art was supposed to be temporary. No?

The Mission is over, remember?

‘unrelenting destruction’? reign it in a bit. we are not witnessing the end of the world.

This is why we can’t have nice stuff, folks.

I always thought that mural was infantile, narcissistic and derivative. In other words well within the margins of the state of mural art in Frandouchecisco. Think of this as the muralists white guilt interlude.