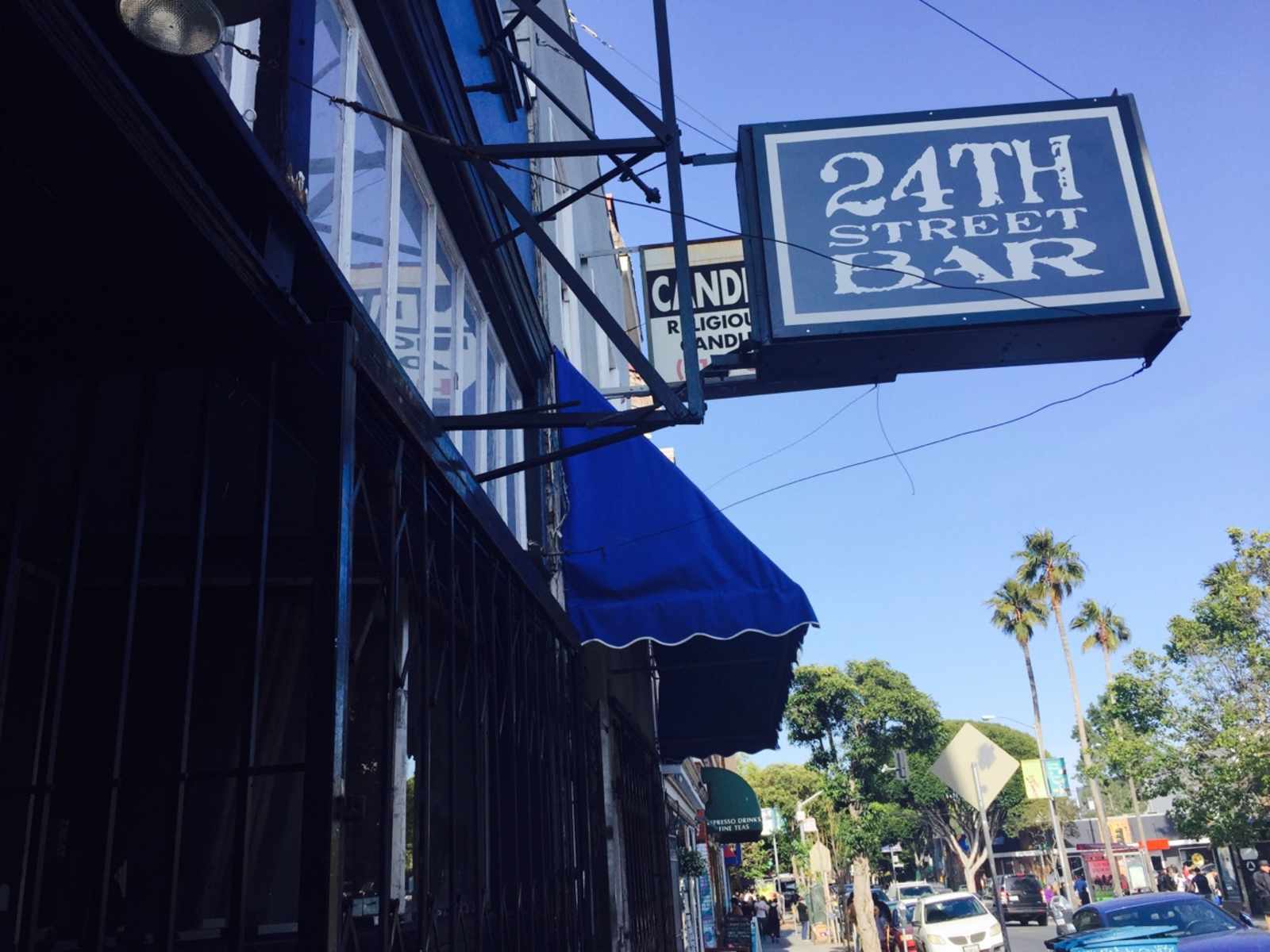 Last year’s closure of The Attic, an unabashedly no-frills bar located on 24th just west of Mission Street, was met by many with what has become an all-too-common lament—there goes another Mission dive bar.

And while the death of The Attic was certain, the future of the location was not. The owners had not sold the business (and attendant liquor license) to a budding cocktail artist—rather, they had packed up and taken the license with them. And so the neighborhood was left wondering what would replace The Attic.

A sign affixed to the exterior of the building, revealing the name of the new bar to be 24th Street Bar, was not much to go on.

However, a few hints about the future of the space can be gleaned from the transcript of a February 5th Board of Supervisors meeting that, among other agenda items, approved the transfer of a liquor license to 24th Street Bar (The Attic’s liquor license was transferred to Gashead Tavern). In the meeting, 24th Street Bar’s owner Caroline Brown explained that she is “very passionate about keeping a local neighborhood bar and not creating another yet hipster bar in the Mission.”

In response to concerns about potential noise emanating from the bar (one neighbor’s complaints about which plagued The Attic for years), Brown stated that “I’m not concerned […] because it’s not going to to be that kind of bar with a dj or live music it’s going to be fairly reasonable and moderately low so I’m not afraid of noise coming out into the street.”

The transcript from the Board of Supervisors meeting leaves the distinct impression that Brown just wants to run a low-key neighborhood bar in a neighborhood she loves.

“When the space came up I thought that this was perfect for me because I know the neighborhood the good, the bad, the ugly, and I love it.”

The BOS meeting did reveal one additional interesting bit about the latest addition to the Mission drinking scene—Supervisor Campos is “excited” about it.

Thank you, thank you, for choosing a simple, scrutable name for your new establishment rather than Reticence or Cousins & Uncles or whatever passes for hip these days. I look forward to stopping by for an uncomplicated drink sometime soon.

I don’t even get it, the Attic WAS  a hipster bar, it was hipster as all shit.  So was (and is) Phone Booth, Blind Cat, now a lesser extent Pops, and so on.  Why is being a hipster bar a bad thing?  When I moved here in early 00’s being a hipster meant you liked cheap beer, music, and you might bike around more than the average person.  I guess now it means you are wealthy and love cocktails?

I don’t get it either. Hipster is such a meaningless term anymore. Seems like a great way to alienate any of the possible pre-existing patrons that liked the attic. A neighborhood bar? So it’s going to be Latino or will it just cater to techies?

What % of the surrounding blocks around 24/Bartlett is Latino vs Techie? Maybe Techie *is* the neighborhood…

Techtino. It’ll be a techtino bar to properly represent the neighborhood.

i hope the coke scene is still as vibrant

Any word on an opening date? The presence of signage suggests soon, but …

I can already tell that this place will be lame by the sign and the pretensions of the owner. No thanks. RIP Attic.

Unless there is another couple that goes by Terry and Caroline Brown whose names comeup when you search on Caroline Santiago Brown, these people are flippers. Scads of houses bought and sold.

Y’all so right.  Hipster is like the bicycle.  Something the Wright Brothers worked on until they made airplanes with bike parts.

if Campos is excited about it, then it is likely to be a shitty bar

I heard Campos also favors breathing air and not stuffing porcupines up his ass.

Looking forward to your public demonstration of your opposition him and all he stands for.

I stole a quick peek inside the space today on my way home as one of the contractors was going in, and it is completely unrecognizable from the old Attic.  The bar is now located in the back, opposite the entry, and the area where the bar used to be is a long exposed brick wall. The low ceiling in the back is now full height and there’s a skylight over the bar area. There were some fancy seeming sconces (sconces!) along the left wall and built in wood shelving around the bar. That’s about all I could take in. The guy working there said it would be open at the end of the month, but didn’t appear too confident. It seemed to me like a fair amount if work was left to be done. The look and feel appeared a bit more oriented in the Noe direction than the Lower 24th direction, but obviously too soon to tell. It did appear that they had eradicated the characteristic Attic stank, so there’s that. I miss the Attic, but not that part (or the warm beer). That’s my report.  Discuss.

Oooooo! Not a hipster bar? So it will be upscale and boring. If hipster means cheap drinks, good music, and people who can chill, then let it be. 24th st bar? Come on. Couldn’t you call it the Basement? Or the Garage, or something? We know it’s 24th st. We know it’s a bar. You can’t copy Mission Bar.

is the coke scene intact?

any good neighborhood bar has to EARN that status. Which is what most people try to avoid like the plague. Earning it! Any new bar that’s an immediate hit with any group is just gonna be the “latest” thing and “hip” for a little while and then it’s all crickets unless you EARN a regular clientele. So whatever this new joint looks like doesn’t matter at all. It depends on who is going to populate the bar, who is drinking there and how much attitude do the bartenders have. It stands and falls with the bartenders. I will give this place a shot for sure just because the Attic was my daily bar a long time ago. But we’ll  know what kind of place this is after a year when the dust settles and the hip (whatever name they’ll go by at that time) have moved on to the next new thing. There are a lot of bars in town. Many bar owners can’t handle the bar being empty every once and so often because their beancounter biz associates tell them they’re not squeezing the maximum amount of dough out the joint. That’s when you’ll see DJs and tiki night being introduced. Soon the place will be sold to the next sucker. Hallelujah

Another pop-out bar for tech yuppie transplants. Appropriate it was built with real estate money. 6$ pints. This place sucks but it will probably do well now that the neighborhood (and the city) is basically san jose north. RIP attic! Side-note: i don’t even see “hipsters” in the mission anymore but I sure as hell see a lot of yuppies. SF is dead.