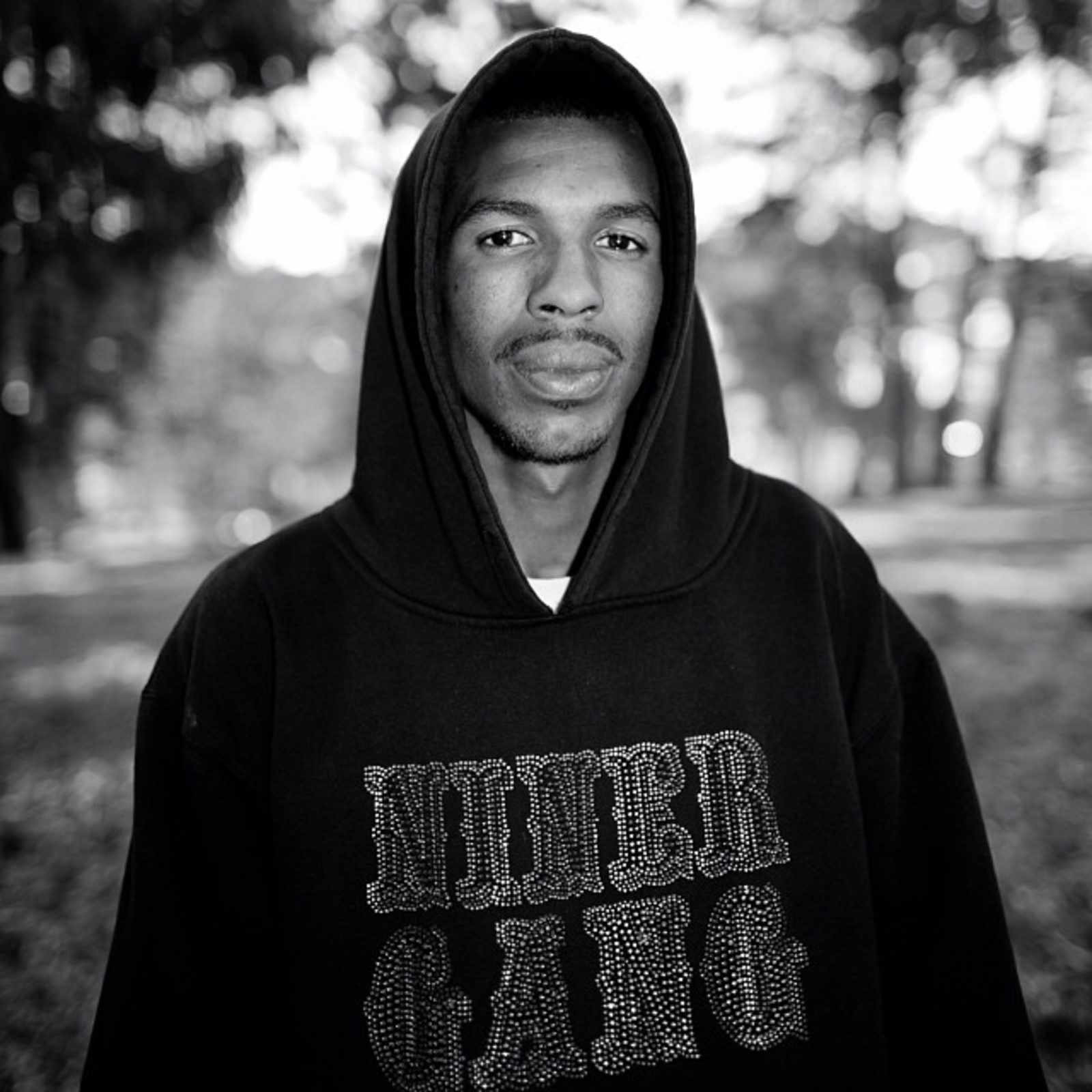 City College student D'Paris Williams, who was reportedly beaten unconscious by plainclothes SFPD officers for bicycling on the sidewalk, was arraigned in SF Superior Court this afternoon.  His bail was set at $143k and faces up to 12 years in state prison.  Here are the charges:

We have verified the charges by viewing the court report, but have been unable to corroborate the bail amount with the Court.

It's worth noting that his bicycle is being considered the deadly weapon.  His friends and family are maintaining his innocence, questioning why Williams would flee police when he has no criminal record and was only carrying a cupcake and juice.  SFPD stated “reasonable force was used by the officers to effect the arrest.”

Williams is scheduled to be back in court on Thursday.

UPDATE: KTVU is now reporting that the District Attorney has “discharged the case against Mr. Williams and another man pending further investigation.”

I’d like to know when was the last time someone was cited for riding on the sidewalk – especially by a plain clothes officer.

All due respect, Black people are cited all time in Brooklyn and sometimes this happens as a white biker passes right by also riding on the side walk. Just another fact of race living in this country.

• Exactly so. The NYPD do not want white people taking an interest; perpetuating racial division helps them to continue to abuse power.

It’s not about race it’s about class. I was given a summons for biking on the sidewalk and I’m white but live in the ghetto. A rasta told me they do it to everyone who lives in the ghetto because most of the time they don’t show up for their summons’, thus issuing a warrant on them. That way they can arrest and bring in more and more people they stop.

My roommate was cited in Oakland for biking on the sidewalk in Oakland two weeks ago, and he is white.

Replace “someone” with “whitie”.

I’m having serious cognitive dissonance. It doesn’t make any sense. What really happened? Is it end of month quota filling time? Did the cop have a psychotic break?

I think it’s time for a protest rally / a released police report!

Why are the gentrification and other social justice rallies always held while working people are still working? I’d actually go to this if it wasn’t 2 hours before I got back to the city from my job.

What you said. Do activist organizers expect people to regularly leave their jobs in the middle of the day to go to these things, do they assume that anybody who cares is unemployed, or are us working stiffs simply not invited?

This is because antigentrification people are lazy commies that dont have jobs. Please refute any of that

KTVU is reporting that charges have been dropped against him: http://www.ktvu.com/videos/news/san-francisco-protest-planned-after-viol…

KTVU is reporting that charges have been “discharged pending further investigation,” not dropped.

got ticketed and harassed for riding on sidewalk a few years ago. was a block or two from philz on 24th was little under the weather felt it was smarter to ride the last blocks, before i got some caffeine, on the sidewalk. cop car pulls halfway onto the sidewalk tells me to throw bike down puts my hands on head holds them down on my head and searches me for five minutes. grabbed my pockets four times my shirt and checked my crotch for drugs seven times. seven times. i was wearing cutoffs and a t-shirt. gave me a ticket and a lecture and was really really mad at being wrong about thinking i had dope on me. im white but looked like a stoner. its profiling and not on the same level as what has happened to DJ but its profiling all the same. i really feel like it was just a little taste of power for the officer to get amped for his night shift.

You definitely should have been ticketed, but being frisked, etc like that doesn’t seem reasonable. It should be like any other basic minor traffic violation. Cite and release.

Your last sentence: “i really feel like it was just a little taste of power for the officer…”

I think that is the root of ALL of this. Being able to gain some level of power and the ability to abuse it. And they’re not going to try it with people they know have a lot of resources to fight back (“resources” including not just wealth, but race [white], gender [male], sexuality [heterosexual] and age [generally 40s+] as well). So Black people and other people of color are easy targets, as are women. And you saying you looked a bit like a stoner because you were sick, cop thought he had found an easy target. I hate that this happened to you, I hate that this happened to DJ, I hate that this KEEPS happening and no one is putting these cops’ power trips in check!

This can not be the entire story. Was someone injured? No way his bail is that high with these charges for simply riding his bike on the sidewalk. Can you please do a follow up with additional detail.

Watch the news KTVU. The story is about to be on after the commercials. The cops are holding the cards for now.

It sounds like the bail was set high because the plan was to circle the wagons. The police officer in the hat should be losing his job or at least facing some serious consequences for his assault on the citizen he’s sworn to protect. You’ll notice the officer sticking up for him did a good job of not badmouthing his comrade, but couldn’t answer “yes” when asked if it was justifiable. It wasn’t. It doesn’t matter if “the suspect” had come around 50 times, the officer clearly lost his cool and just started swinging instead of cuffing him which would be what you’d expect with a person getting in the way.

Sad, we’ve got demons on the police force.

Its so demonic, friends.

Biking while black is his crime. They should release him from jail and charges should be brought against the cops who beat him for no reason, other then his skin color.

Question: do articles on blogs like this ever give enough information for an unbiased analysis to be rendered by the reader? Do the readers even care? I mean- he caught a beating for riding on the sidewalk! Trayvon Part Two! I just assume that there is more to this story than the police tackling the guy off his bike and beating him. Its also very possible that they did exactly that. But these blogs are so flimsy on information- perfect for the amped up justice seeker to start talking about how cops are pigs, rents are high, they love blackpeople more than most whites. Its like a farce

After the cops found no drugs as they crushed my face hoping id spit something out, I was arrested for riding my bike at night and not having Id. I was told I would be held till they could verify who I was.