New Indie Movie Being Shot in the Mission 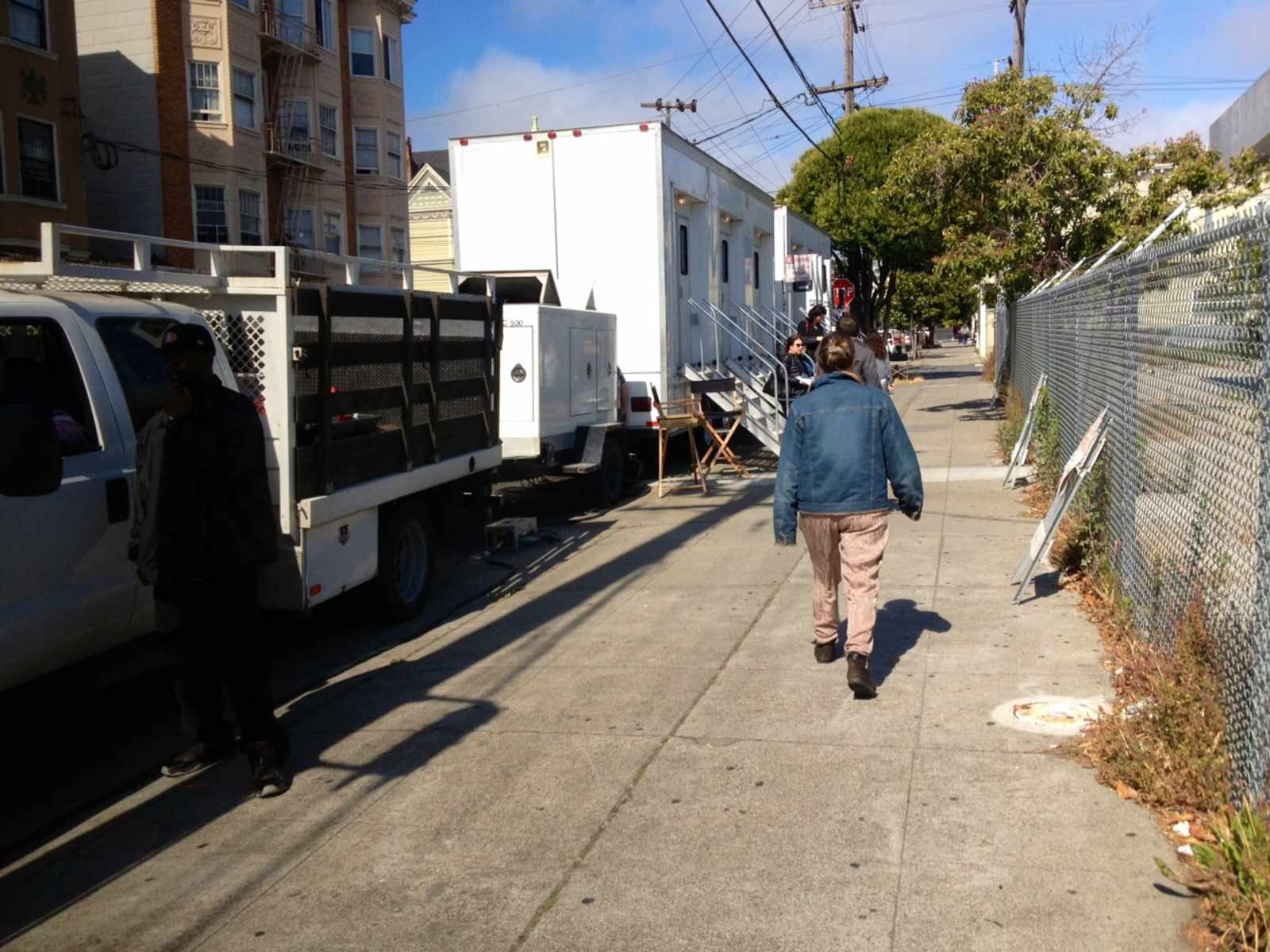 There's not a whole lot of information about the flick online, but it's a comedy called “Quitters” and its production vehicles have taken over Valencia between 21st and 23rd.  Woody Allen and Cate Blanchett are no where in sight, so our hopes of seeing bummed old men in bucket hats are greatly diminished, but the director goes by the name of Noah Pritzker and his biggest contribution to YouTube seems to be the trailer to Little Dad, which was shown at SXSW last year:

We asked a haggard old woman near the makeup trailer for more info, but she rolled her eyes like she had a job to do and gave us nothing.  We'll update if we hear anything of interest.

Well, lookie here, a trailer for the Woody Allen movie. A lot of these interior shots were done above 20 Spot, at 20th & Lexington. Some recognizable exteriors as well. http://youtu.be/FER3C394aI8

That was awful, thanks a lot, Pal.