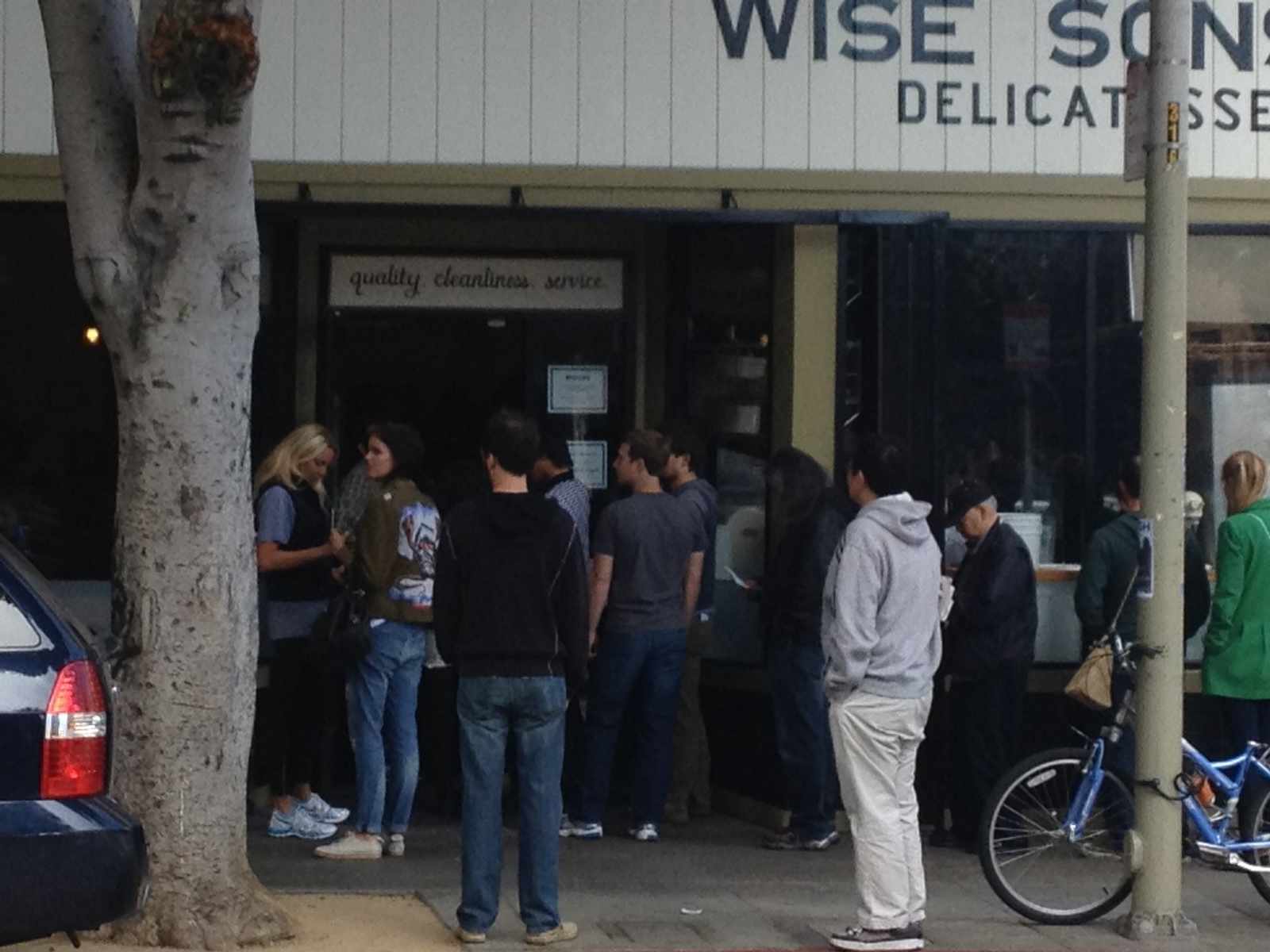 We sure have been seeing a lot of Facebook's billionaire “I'm CEO, Bitch” living the slow food high life in our fine neighborhood this past year.  From sunny days in Dolores Park, to late-night beer and burrito outings at Phone Booth and Farolito (with a little line-standing at the chosen foodie hot spot Wise Sons mixed in), it seems Mark has been trying to fancy himself as a pure blood poor person.

It has led us to wonder if he is trying to reinvent himself as a “Mission hipster” and others to declare the Mission as “the neighborhood Facebook built.”  It's even spawned some fantastical rumors among neighborhood chatterers that he might be living part-time in La Lengua.

Well, it seems as though the rumors might be more than that, as BuzzFeed's Reyhan Harmanci reports on the claims that Zuckerberg has made the Mission his new home (under the bold headline, “The Heart Of Silicon Valley Is Now In The Mission”, no less):

The techies' migration from suburban Palo Alto to the charmingly gritty — and once less charmingly gritty — urban neighborhood has come in waves, but really settled in this summer when the scene's low-profile king, Facebook founder Mark Zuckerberg, began being spotted around a house at the edge of the Mission, near Noe Valley. But his arrival here, and his cohort's, isn't just a real estate choice: it marks the merger of tech culture and culture at large, a new hybrid in a neighborhood and a city whose key industry used to stand a bit apart. The first tech boom, of the late '90s, brought an influx of new people in the Mission — but it's hard to imagine that the hardcore engineers would have been happy with, say, the level of gang violence and messy artist warehouses a decade ago.

Now, with most of the rough edges sanded off of the previously-poor district, the tech guys are the Mission's mascots, the cool kids. Love it or hate it, the musicians and weirdos who won the neighborhood its hip reputation in the first place have mostly grown-up, fled to Oakland or both. The street artist [movement] “Mission School,” led by figures like Barry McGee and Chris Johanson, is dead.

But Zuckerberg spends time on Dolores Street, often walking his dog, and his part-time residence (he also has a much-photographed home in Palo Alto) is an open secret in the neighborhood. Though residents wondered at first about rather sizable security detail parked in a quiet corner, it appears to be paying some unexpected dividends: apparently a private security guy chased down a would-be burglar recently.

The move makes sense, especially given that Valencia Street pretty much looks like downtown Palo Alto anyway.  But one big question remains: will he be taking the Facebook bus or driving to work?

(Oh, and welcome to the neighborhood, Mark!)

Man this is great, we know this one guy,works in tech,apple i think. makes good cash,donates time to the community even fixed up his house with native plants and a nice free parklet in front of his property for all to use. Hope this Zuckerberg guy is half the neighbor that that guy is,if so the hood just got a whole lot better.

I predict by next year, UA will be posting sightings of Zuckerberg pushing a stroller through Dolores Park.

Just because there are a lot of them doesn’t make them cool. It’s the classic story. A place gets gentrified by the usual types, gays, artists, party kids, whatever, and then it slowly over time becomes less cool, as those first wave people and the local community are pushed out, until its just a place for rich people. And cool picks up its stunner shades and moves somewhere else, and then the cycle starts over. It will still be perfectly pleasant place to live, but I assume that you didn’t live in Noe Valley already for a reason.

Downtown Palo Alto doesn’t have the number of human turds to rival Valencia yet.

rumor bait . no evidence besides conjecture.

Typical bunch of NIMBY’s. STFU and enjoy the ride.

Let’s hunt him down like Frankenstein and burn him out of his new house, he doesn’t deserve to live. Then we’ll post about it on Facebook.

Zuckerberg should open up a start up food business in a garage like that bagel guy here in the mish so some of these people who are barely scrapping to get by will appreciate him even more so for being the Oprah of the neighb! \m/