No Cuts For Mark Zuckerberg at Wise Sons 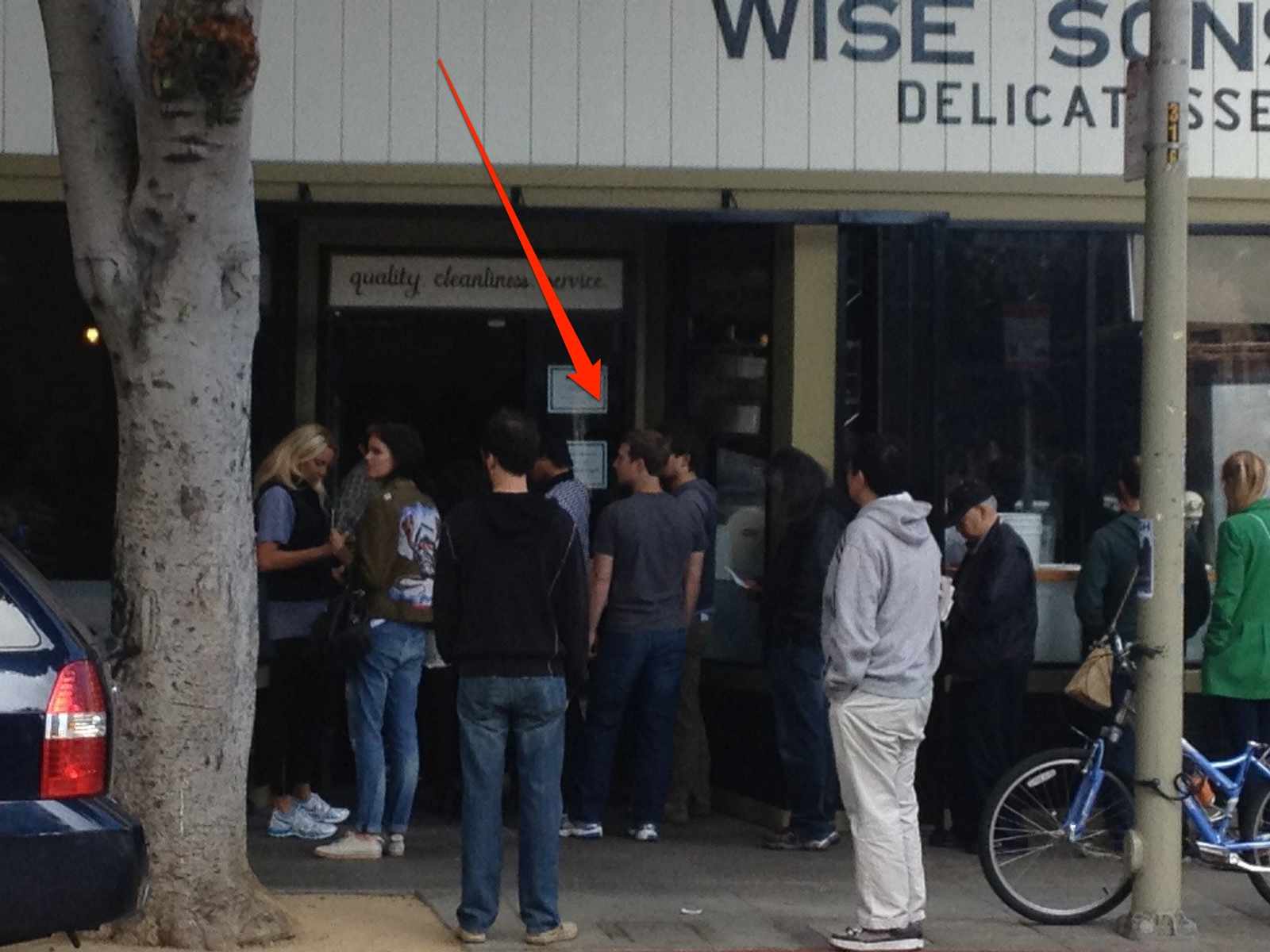 Mark Zuckerberg, the infamous founder of Facebook worth $20 billion (or whatever half of that is), has been waiting in line for brunch at Wise Sons Jewish Delicatessen for the last 30 minutes.  According to Uptown Almanac's Jewish sources, his appearance is underwhelming in the wake of Woody Allen's recent meal at the establishment.  This is only further illustrated by the fact that Woody skipped the line, care of a special reservation the restaurant gave him, whereas Zuckerberg was left to stand in line like a chump.

“I mean, this is no Larry David sighting at Canter's,” one Jewish source noted, “but it'll do.”

Note: as of press time, Mark Zuckerberg was still in line.

Good for him. One does not have to be an ass just because theyre wealthy. Bet you would be though.

It must be a burden carrying that big red arrow around with him everywhere. You guys didn’t even have the courtesy to photoshop it out.

There a dude who looks just like him inThe Miison. I doubt that is really him.

It was. My spouse and I vacated our table to his party. He’s short. And now I feel like a whore.

why does this ‘blog’ care about this fucking douche bag?

Who waits in line for 30 minutes at a Deli? With so many other good restaurants nearby? Either they need to give better service inside or the hipsters waiting need to realize that it’s never necessary to wait in line. Lines are for fools.

Wow he’s really short. Must explain why he likes Asian women so much.