Dolores Park Renovations Means Half the Park Will Be Closed For 1.5 Years 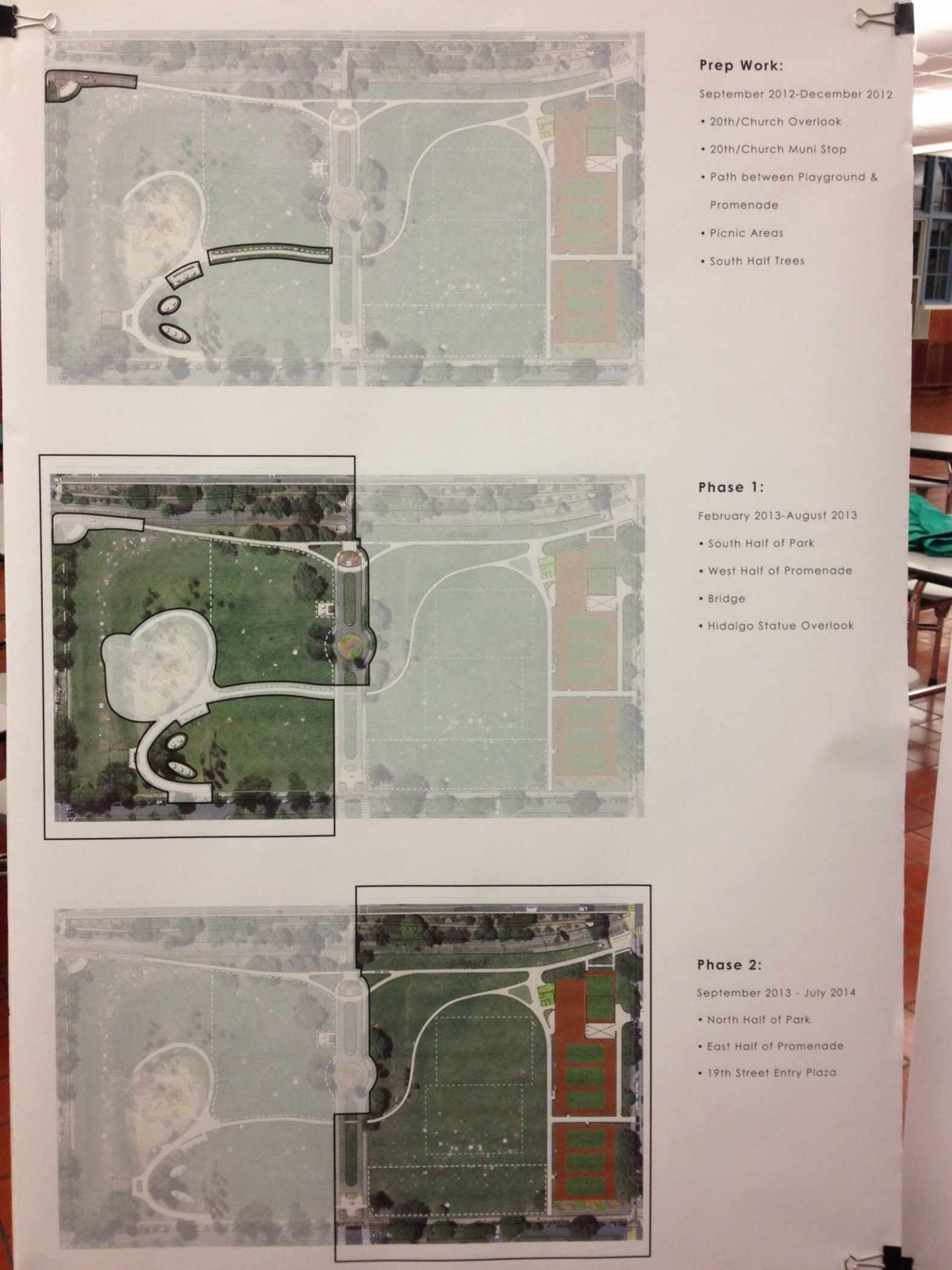 The city unveiled their planned schedule for the Dolores Park Renovations last night, and, unfortunately, we're going to have to give up a half of the park in two phases starting in February 2013 and ending way down the road in July 2014.

So starting in September, we're going to be sharing the park with heavy machinery and security guards for two long years.  How this will effect our daybeers and truffle economy remains to be seen.

It will be a huge bummer having half the park closed for so long–but remember that a year ago they were talking about closing all of the park for renovations at once. I was at the meeting where that was a big and contentious issue, so with the phasing, they are actually listening to what people want.

well, considering that the avg cycle that people seem to stay in SF is 2-3 years, 1.5 years seems like an eternity. for those of us here longer than that, 1.5 years isn’t so bad.

Look people, it’s not the end of the world. There are countless other beautiful parks ready for the reaping in SF. Including a park that is only rivaled by NYC’s Central Park (and is fact better in my opinion), Golden Gate Park.

Not to mention the whole micro economy of the mission. what about Bi rite ice cream sales? What about the few hundred to a few thousand each bussiness makes off of the beating heart of Dolores park? I think the park is part of the reason for the uptick in new bussiness in the valencia/mission. Not the other way around.

The park was packed before bi-rite creamery was running, pre 1995 it was disputed drug turf, 1995-1997 the dog people in the neighborhood turned it around, then park and rec cut down the underbrush, 1998 was the first time i heard about playground renovations. 1998-2002 was the golden age for locals, you could go to the park and throw a baseball or frizbee without worrying about hitting people. Some people have pointed to 2002 as “the year that dolores park broke”….and point to the world cup being televised. I think it was people just figuring out that the weather was great, youmcould smoke and drink without getting hassled, and it was the greatest people watching in sf