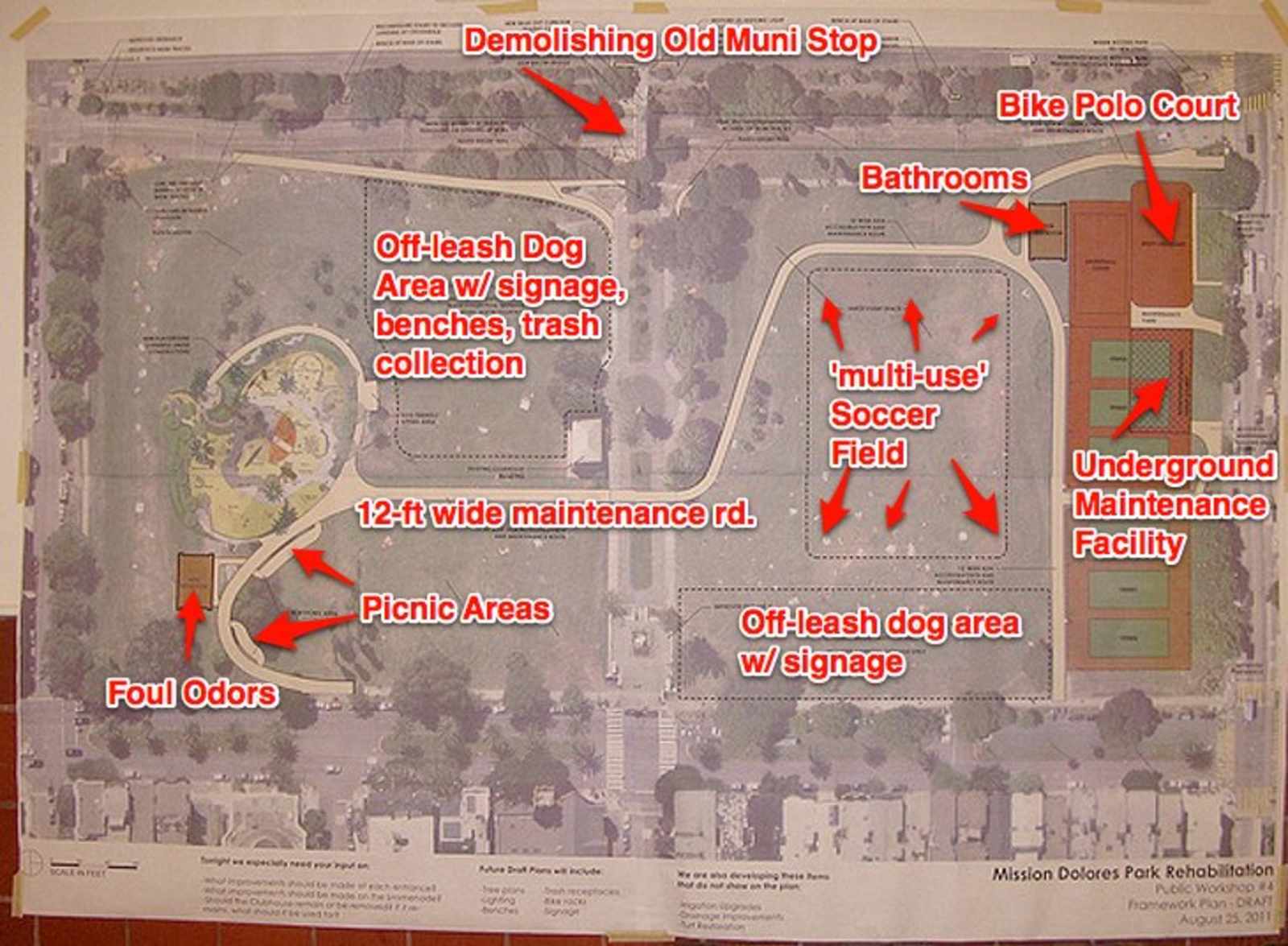 The Dolores Park Renovation Team unveiled their initial draft of the rehabilitation plans on Thursday evening to a generally positive crowd.  The big takeaways are two new bathroom buildings by the playground and basketball court, designed to support weekend crowds of 10,000 people.  The recommended astroturf soccer field on Tallboy Terrace has been scaled back to a grassed-in “multi-use” field that will be closed off from 3-6pm for youth soccer games, will cost $700,000 (9% of the entire renovation budget) to build, and “might need” to be fenced off for two months every Spring for “yearly maintenance.” The already-designated “dog play areas” will be more formally established, with signage along the boundaries. A new bike polo court will sit adjacent to six tennis courts and a basketball court, with a subterranean Rec. & Park storage and maintenance facility beneath the courts.  And they plan to demolish the old Muni stop at 19th street and sod the hillside around it.

Unsurprisingly, the originally proposed 20-foot wide road dividing the park has been reduced to 12 feet in width, with the southwest road that currently exists now being bulldozed entirely.  Apparently the renovation architects intend the road to be simultaneously used by an impotent dune buggy, a college girl on the way to psych class, and an androgynous person pushing their financial future towards the toilet. 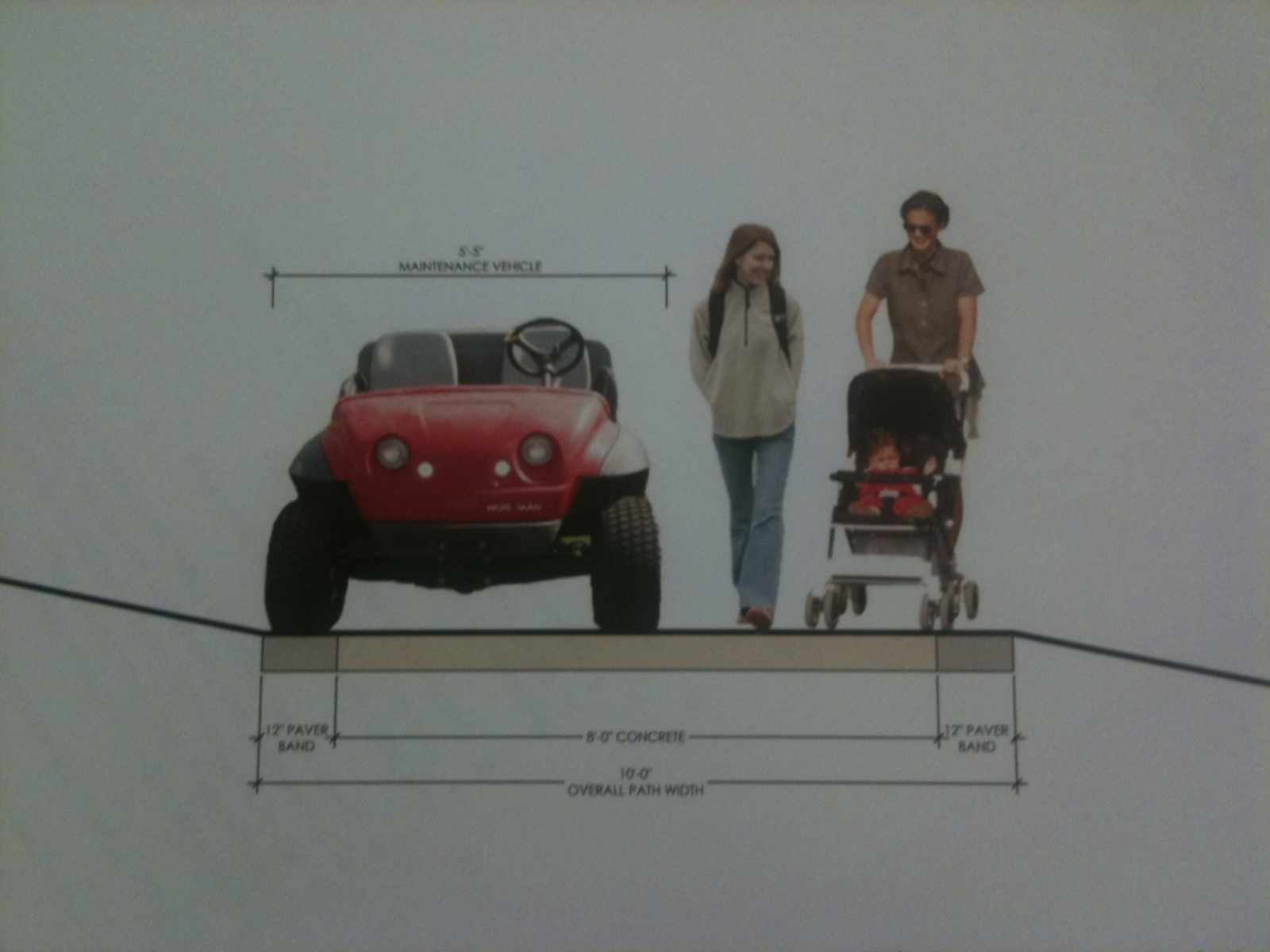 Which is cute and all, but fairly disingenuous considering anyone who's ever been to the park before knows the road's traffic will look more like this:

Of course, the plan is not all wrapped up.  Thursday's meeting demonstrated there was no consensus as what to do with the current clubhouse/bathrooms (some people want to toss a stick of dynamite in it and cast it back to the foul-smelling hell from which it came, the others want to turn it into a museum dedicated to the Park's history), and the architects still need to figure out what to do with the entrance plazas, the central pathways, and food courts.  So if local politics and listening to cat ladies tell you what's best for the park is your thing, mark your calendars for the next public meeting, Sept. 29th.

Why are they getting rid of the old muni stop? I wish they would keep that for the sake of it unless there is some good reason besides ‘that’s where the homeless people sleep’. It’s kinda of cool.

Bike polo??? is that really a thing?