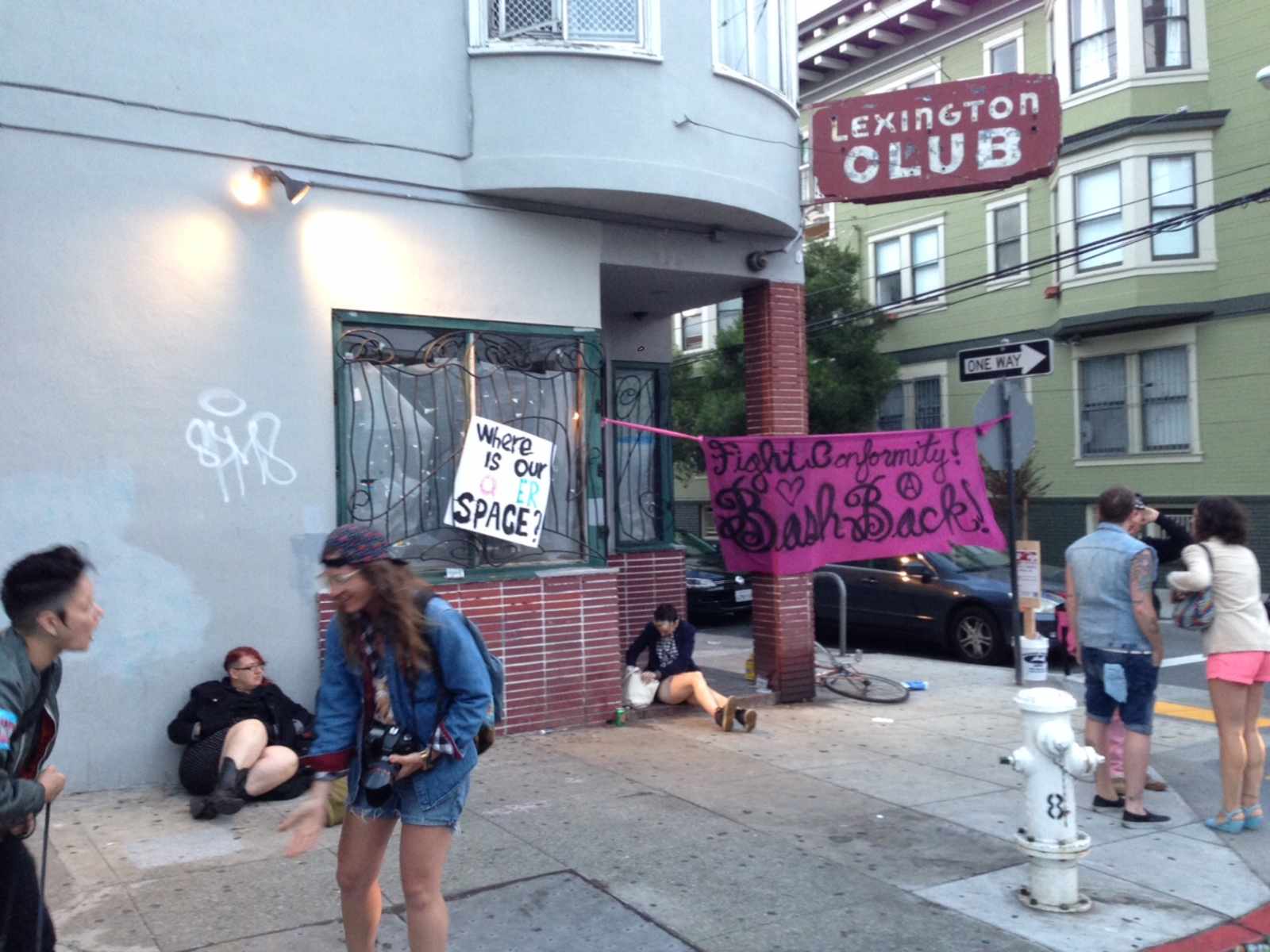 Yesterday evening, as the city-sanctioned Pink Party began to wind down, a very different manifestation of Pride was taking place on 19th and Lexington Street. By 7:30pm, a group of 60 or so had gathered in front of the now shuttered Lexington Club. As music played, they danced in the street surrounded by banners reading “Where is our queer space?” and “Remember, Stonewall was a RIOT.”

The impromptu street closure/dance party, complete with make-shift traffic barricades in the form of folding chairs, did not go over well with SFPD.

Shit got tense at the Lex. She hit the officer with the flag a few seconds before this though. #SFPride pic.twitter.com/75nHSDiW7A

However, it appears that SFPD realized arresting a bunch of queer revelers on Pride wasn’t the best move. The police decided to leave, and the party quickly resumed.

The Lexington Club, one of San Francisco’s last lesbian bars, was sold late last year to the PlumpJack Group and closed at the end of April for renovations.