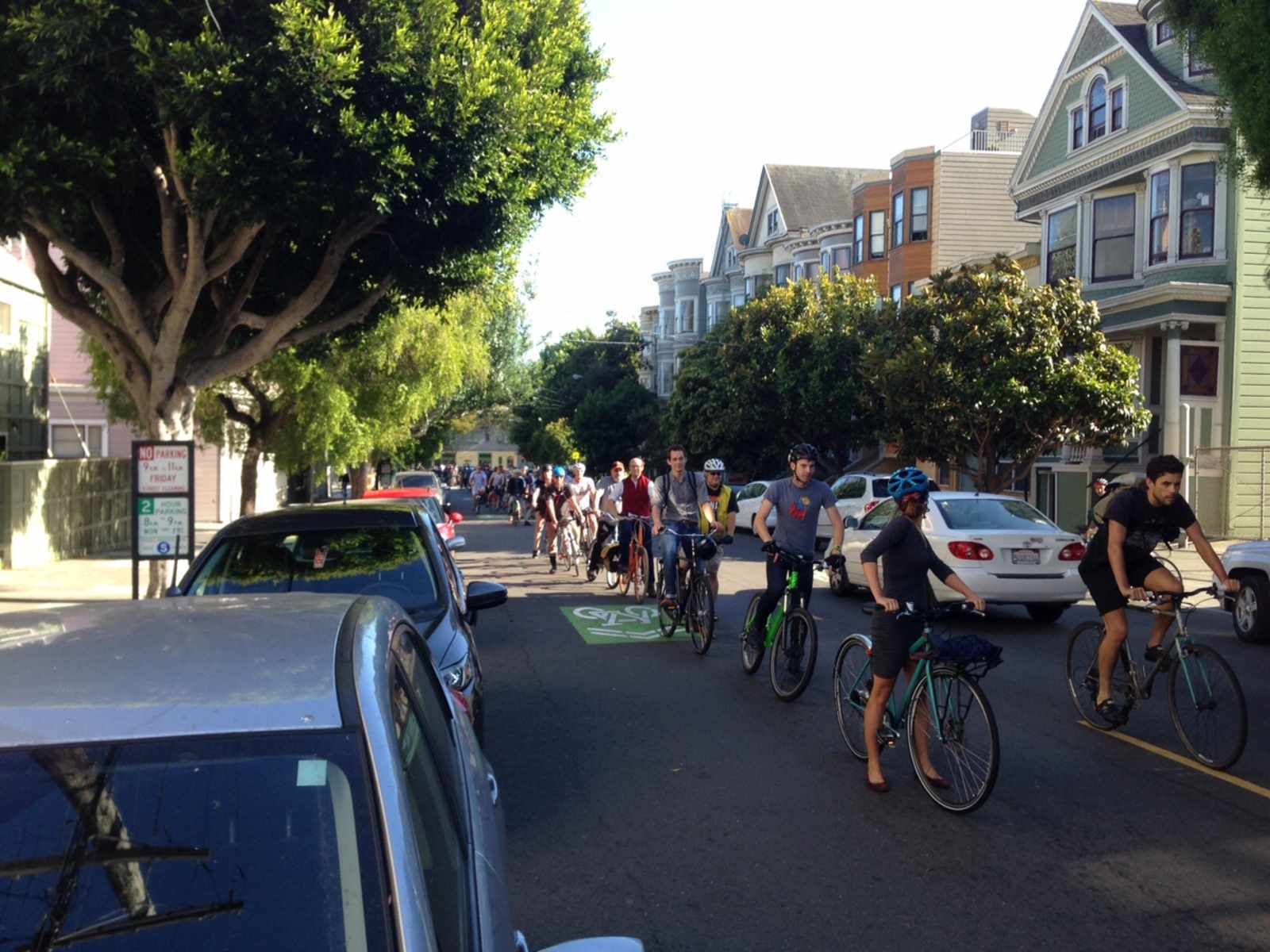 It was good while it lasted. For a brief moment this past week, it seemed that the voices of reason might prevail over the all-too-common hysteria that frequently accompanies anything related to issues of cycling in San Francisco. But no, of course not. It was reported this morning by the San Francisco Chronicle that Mayor Lee has promised to veto an ordinance introduced last week by Supervisor John Avalos that would make ticketing cyclists who safely treat stop signs as yield signs the lowest priority for SFPD.

Mayor Ed Lee has pledged to veto any such legislation, a preemptive strike against an ordinance Supervisor John Avalos introduced at the Board of Supervisors last week. It would permit bicyclists to treat a stop sign as a yield sign and ride through without stopping if they decide it is safe.

“I’m not willing to trade away safety for convenience, and any new law that reaches my desk has to enhance public safety, not create potential conflicts that can harm our residents,” Lee told The Chronicle.

Avalos was unavailable for comment, but he has said cyclists should follow the Golden Rule and argued that the proposed ordinance would not discourage officers from citing bicyclists who don’t slow down at stop signs.

On Tuesday, September 22nd Supervisor John Avalos introduced what is being called the “Bike Yield Law” to the Board of Supervisors. With the support of five other Supervisors, the legislation looked as if it would pass and become law.

At present, the six supervisors do not have the required eight votes to override a mayor’s veto.

The proposed “bike yield law” was loosely inspired by what is commonly called the “Idaho Stop,” which refers to the law in the state of Idaho that allows cyclists to treat stop signs as yield signs.

When reached for comment this morning Morgan Fitzgibbons, founder of community organization The Wigg Party (the organization behind last July’s “Wiggle Stop-In”), expressed frustration at the Mayor’s promised veto.

Once again, the Mayor fails to understand the basic facts of what’s on the table. This isn’t about trading safety for convenience, but simply making our streets more safe. It will create more predictable behavior at intersections and will allow the police to ticket the unsafe behavior of the small minority of cyclists who don’t properly yield the right of way—behavior that has nothing to do with whether they obeyed a stop sign that has always been designed specifically for the automobile.

There’s a reason the Pedestrian Safety Advisory Committee has unanimously adopted a resolution in support of this proposed law—it will make our streets safer. Period. Idaho saw a 14.5% reduction in collisions the year following their adoption of a similar law. Mayor Lee should listen to the pedestrian safety experts who know that this is about safety, not convenience.

When reached for comment last week, Fitzgibbons seemed hesitant to celebrate, and was by no means certain of the bill becoming law. Fitzgibbons told Uptown Almanac that The Wigg Party was “certainly excited but we’re not going to celebrate until it officially passes and is signed by Mayor Lee.”

It turns out his skepticism was well founded.

However, according to Fitzgibbons, with Supervisors Farrell, Tang, Cohen and Christensen not having officially announced a position on the proposal, supporters of the law may be able to garner the votes needed to override the Mayor’s veto after all.

Dear Leader Lee can veto this without any worries, it’s not like the bike coalition can do anything to him, nor can anyone who truly cares about this “law” - he’s getting a free re-elect, and most people reading this will likely vote for him in some form or another. What does he care? He gets the kudos from CW Nevius and the like, and he “sticks it to the bike people” to make the car folks feel good. Everyone wins.

Besides, if the only hope for this “law” is the votes of the likes of Farrell, Tang, Cohen and Christensen well good luck with that.

I dearly hope that Peskin is asked how he would vote if he were Supe regarding an override. Since he’s claiming to be all bikey and shit now.

You don’t have to vote for stinkin Ed Lee!

Vote 123 to replace Ed Lee. Stuart, Amy, and Francisco in any order.

3 Davids vs one $$$ fueled Goliath