The Quad for Foodies! 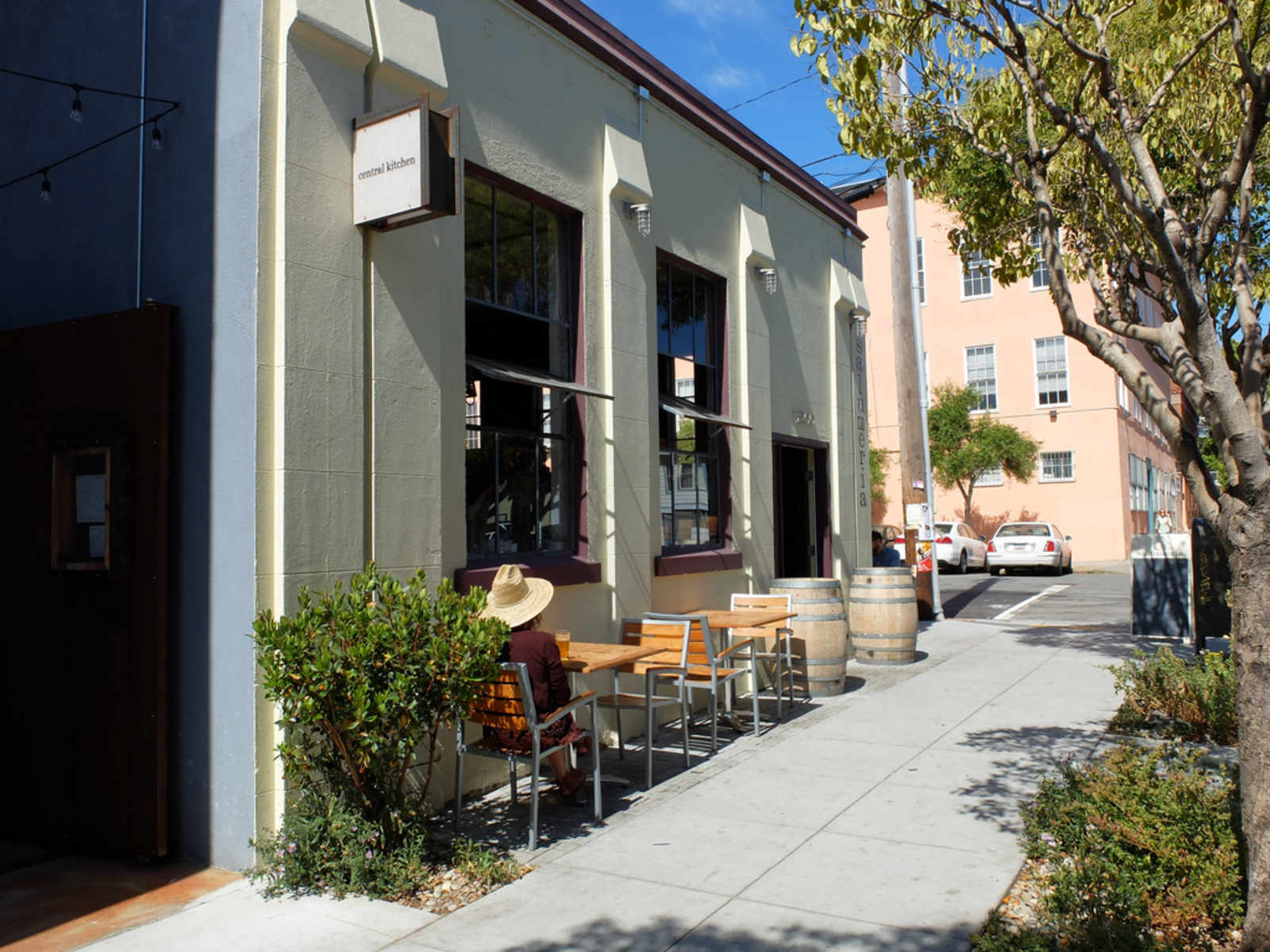 Hot off the Times’ bold discovery of Linea Caffe, New York’s paper of record is back to wishing the Mission District was some place in Queens:

The newly coined Mission Creek neighborhood in San Francisco’s northeast Mission District has long been home to light industrial manufacturing. But lately Mission Creek has become a creative hub for local goods, and unlike in many fast-changing areas of the city, the new arrivals here have so far stayed true to the area’s roots: It’s a place where people make things.

“The newly coined Mission Creek neighborhood”?  We’re admittedly not hip to everything that happens here, but as Bloggers of Mission Minutiae™, we haven’t heard this used in conversation ever. Has New York’s well documented obsession with San Francisco manifested itself in inventing microhoods for us?

Please, no.  New York, real talk: The Quad Quantroversy was enough unwanted real estate attention for one year.  We cannot take anymore of this.  Please leave the microhood inventing to our resident bullshit experts at The Bold Italic.

Well, anyway, what kind of businesses are in Mission Creek?

The superstars behind the buzzy, beloved pizzeria Flour + Water, known for its delicate house-made pastas, inventive pies and excellent but laid-back service, last May opened Central Kitchen, a rustic indoor-outdoor restaurant spotlighting the best of Northern California ingredients — seafood, poultry, cheese, seasonal produce — and Salumeria, an attached deli that makes pork fennel sausage and other cured meats. The chef and owners are longtime Mission residents — on the website, the restaurant describes itself as “of, by, and for the neighborhood” — and source produce and other goods nearby whenever possible. Next door is Trick Dog, a signless new drinking establishment by the San Francisco bar-genius team the Bon Vivants, offering carefully calibrated cocktails and an industrial aesthetic of Edison bulbs, light fixtures with gears and frosted warehouse windows.

If you noticed all the featured businesses in the “new” neighborhood happened to have opened in the last two years, you’re not alone.  There was no mention of Inner Mission stalwarts like Atlas Cafe, Z Space, Jay’n Bee Club, Universal Cafe, and Starbucks.  As our friend who pointed out this article put it, “the piece reads like it was written in consultation with the Ne Timeas Restaurant Group’s PR person.”

But, you know, maybe those jelly New Yorkers are on to something here.  As they put it, “this is a neighborhood where men are comfortable in aprons — whether they’re running a letterpress, tending bar or operating a circular saw on the sidewalk.”

If fixed-gear bicycle ownership, tattered band t-shirts, and an affinity for irony and cuss words helped bring together hipster ‘hoods of yore, maybe the apron is becoming today’s choice symbol of belonging.

I have never heard this designation, either. But if The Paper of Record says so. Just by way of strict accuracy, Flour + Water has been there longer than two years.

I might be nitpicking here, but Flour + Water (and Western Plywood) were mentioned, not featured.

Closer to Walzwerkeley, or Bendersville?

In between, across from Gasandhoville.

it’s lil’ napa in my book

I first saw Mission Creek being used to describe this part of the hood on a flyer in Insymmetry last year.  Since then I’ve heard it bandied about by a few realtors.

I’m about to move out of my lower 24th one bedroom shithole and into a 3 bedroom place in Bayview. You can get a nice two bedroom with a backyard a block from the T line for less than a one bedroom, and frequently a studio, in the mission.

Eh, crime has gone down, the area is fine.  I want some room to stretch out, you’ll be here in 5 years when the other hipsters move in

I don’t have too much of a problem with “Mission Creek” as a neighborhood designation.  At least it has some historical precedent, even though the creek itself has long been filled in. It’s way better than “The Quad” or the rebranding of Polk Gulch as “Polk Village” or some of the ridiculous mashups I’ve seen proposed.  La Lengua gets a pass since it’s kind of a cool name for a neighborhood that really does have it’s own character.

What really gets me though is the use of the word “microhood”.  It sounds like something a dimuinitive thug would pull over his little head in order to blend into the night.  I thought only douchebag blogs like The Bold Italic used that word.

I first saw the term when researching the Clean Up the Mission campaign. You shouldn’t have stopped with Jack Davis. Have you checked out the Trumark connection?

Just search on trumark “mission creek” to see that the developer has already set up a bogus Mission Creek neighborhood merchant association. Northeast Mission something or other looks like another oner of his (Arden Hearing) projects. Or is that a legitimate one?

good lookin out! OTOH, I could care less what anyone calls anything anymore since the passing of that killer free rag: North Mission News. Do ye recall it?

My buddy lives on 20th on that block and he calls the Central Kitchen side of the street “The Cancer”. Maybe it can be a new nano-hood within the Mission Creek microhood. Also, anyone who would operate a circular saw while wearing an apron deserves whatever Darwinian disemboweling they get.

I prefer The Chancre, but evs.

So I did google and find mcma-sf.org, the Mission Creek Merchants Association, whose mission statement is “redefining our neighborhood” (read: cultural erasure) and surprisingly includes reps from Noise Pop and Joe Goode.  The website domain is registered to ccombs@insymmetry.com according to domainregister.com, and I see that local agents of hyper-gentrification Flour+Water or Central Kitchen are in the “Business Directory” and thus I guess members.  AND indeed I see MCMA are supporters of the divisive “Clean Up The Plaza” on that website, so thus they suck, cuz Clean Up The Plaza is clearly astroturfing by assholes who want to sweep the poor out of the area and drain the color out of the Mission.

What ever happened to NEMIZ (northeast mission industrial zone)?

Nothing surprises me anymore, but since it’s not exactly close to where we can actually see Mission Creek (inside the Armory, or channeled by Pac Bell Park), I’m not impressed.