Thanks for the Analysis New York

NYT: Linea Caffe "The Kind of Food That Reflects the Tastes of the Mission" 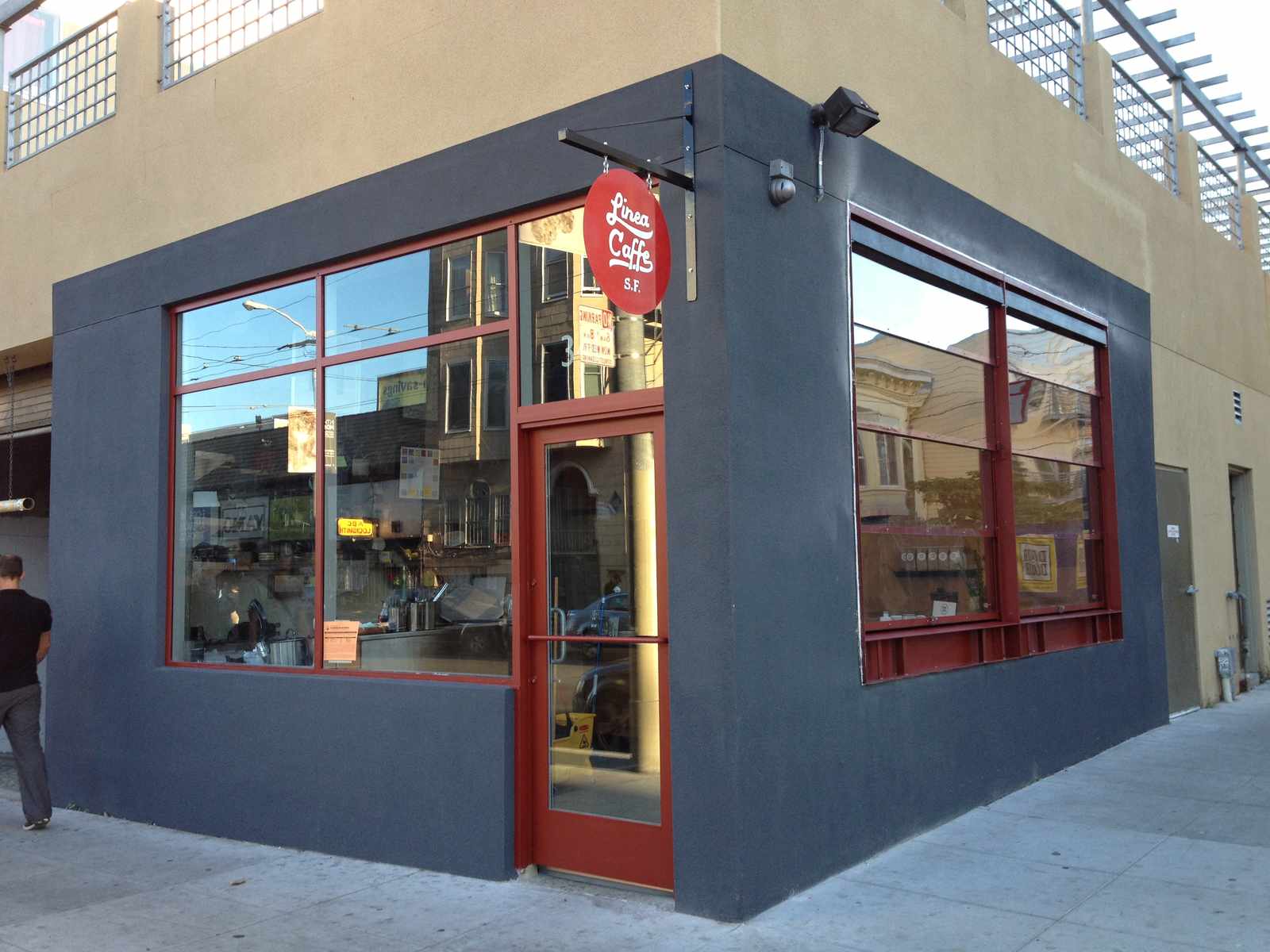 Linea Caffe opened just six months ago in Duc Loi’s grim back corner space, but the New York Times has already discovered the joint, praising its style and the “mash-up” of menu items.  “Espresso, waffles, loud-and-proud salads: Only in San Francisco are these three at home on the same menu,” exclaims the Times, marveling at how only those zany San Francisco kids could possibly pair greens with beans.

According to the Lt. Waffle menu, the waffles are “Brussels-style” — a loose claim. The crispy potato waffle, made with mashed and powdered potatoes pressed into the griddle with hunks of pastrami from Mission Chinese, is served with sauerkraut and pickled mustard seeds. It’s not like anything you’ll find in Belgium. Ditto the buckwheat waffle, a pillowy confection topped with salmon roe, crème fraîche and dill pickles. Add a chopped salad, with romaine, salted radish, fried pieces of tortilla and queso fresco, and you have a meal.

This is the kind of food that reflects the tastes of the Mission District, the neighborhood that’s now the gastronomic epicenter of the city: In this part of town, anything goes on the plate. But being unconventional only counts for so much; the crowd at Linea is there because the coffee, waffles and salads are worth it.

So, is Linea about to blow up as the next ‘it’ Mission coffeeshop-cum-restaurant?  Possibly.  When the Times gave Weird Fish—right around the corner from Linea—a glowing review in 2008, there was a line outside for years.  But today?  You can pretty much grab a table whenever you please, despite the restaurant remaining one of the neighborhood’s better splurge meals.

As for Linea “[reflecting] the tastes of the Mission District?” We’ll have to take New York’s word for that.

Funny to see you all crying now about the death of the Mission. When my favorite taqueria closed during the first tech boom, I heard nothing from you folks.

I didn’t mourn the loss of any taquerias back then but I was pretty bummed out by the loss of music venues like the Troc, The Cocodrie, Transmission, Paradise and the Purple Onion.

This isn’t a “death of the Mission” piece–it’s not like there was anything in that space for years.  This is mainly laughing at the NYTimes’ false exoticism of Mission foodie culture.

“it’s not like there was anything in that space for years.”

I wasn’t here before the first tech boom, though I definitely heard the shit out of it from people like yourself when I moved here as a freshman in 03.

Nerver been or even knew this place was there, which is odd considering I love Duc Loi, seriously that place is amazing.  The whole intersection actually, at Mission there actually, each corner has something I like

Well, a lot of people obviously weren’t here (or born??), but for those of us that were, you definitely did hear about it from us. There weren’t neighborhood blogs then, but there were plenty of other ways that we got ourselves heard.

God I hope this place blows up as the next “it” Mission spot. Anything to keep the yuppies away from places I wanna go.

I wonder, with all the NYC affectation of SF food trends these days, how much you could sell two-day-old bagels for in NYC once they were breathed on by Dear Mom queuers as day-old bagels the day before? $10? $15?

“These bagels are so good, SF foodies lined up in the rain for hous for them.” Almost markets itself.

I feel like Weird Fish doesn’t have lines anymore because they changed ownership, changed their menu, and just aren’t as good.

The lines dropped off long before any of that happened, and, yes, 2010/2011 was definitely a low period, but their current menu is absolutely just as delicious as their old one (at least from a vegetarian’s perspective).

Weird Fish became good again, but they forgot to tell anyone.

This is a true story.

I believe it’s owned by the Boogaloo’s people now. A similar breakfast menu, without the line. I had heard they also took over the Corner lease (and maybe paid key money for the fixtures?), but nothing seems to have come of that.

I think of myself as a man of modest means, but Weird Fish as a “splurge”? I guess I’m richer than I thought! In any event, I can’t believe the Times reviewed a place a hundred yards from my home before I set foot inside. I hope tomorrow they print an expose on my drunk neighbor!

That’s what I thought too! We should splurge together.

It all depends. You can go in there for lunch and get a soda and walk out of there not spending much.  But if you do dinner, get an appetizer (buffalo girls are obligatory), and a drink, shit gets pricey.

It would be worth it to stand in line just to listen to the massacred pronunciation of Linea.

Linea’s coffee beans are a total rip off. $24 frickin bucks for a pound?  You crazy?  I get awesome blue bottle for $17. Get bent.

You might want to check the weight of that $17 Blue Bottle bag of beans a little more carefully next time.

people paying $15 or more for a pound of coffee? My god. The majority of the money is going to distributors and the retail. There is NO coffee worth that much. And the peasants sure as hell ain’t seeing that money, fair trade sign damned. Phils so special? He just drops some rosemary water into it.  None of this special coffee I have ever had beats one Euro or one fifty Euro of an espresso in Barcelona , Rome of Paris. You people are such fools. And No I can’t afford to go to those cities every year. Just once a year. I save my money by drinking at home, having parties at home, and not buying ‘specialty bullshit’.

I agree with you and remember being shocked at coffee prices several years ago when the SF coffee wars were beginning, having lived near bi-rite since 1999 (when they sold cups of coffee at the counter for $1). Now SF is full of choads more than willing to drop $18-$20 or more on a fancy 12 oz bag of coffee. Linea is good coffee but I will still get the $1.75 cup at Fayes, thanks.