Bonfire of the Insecurities 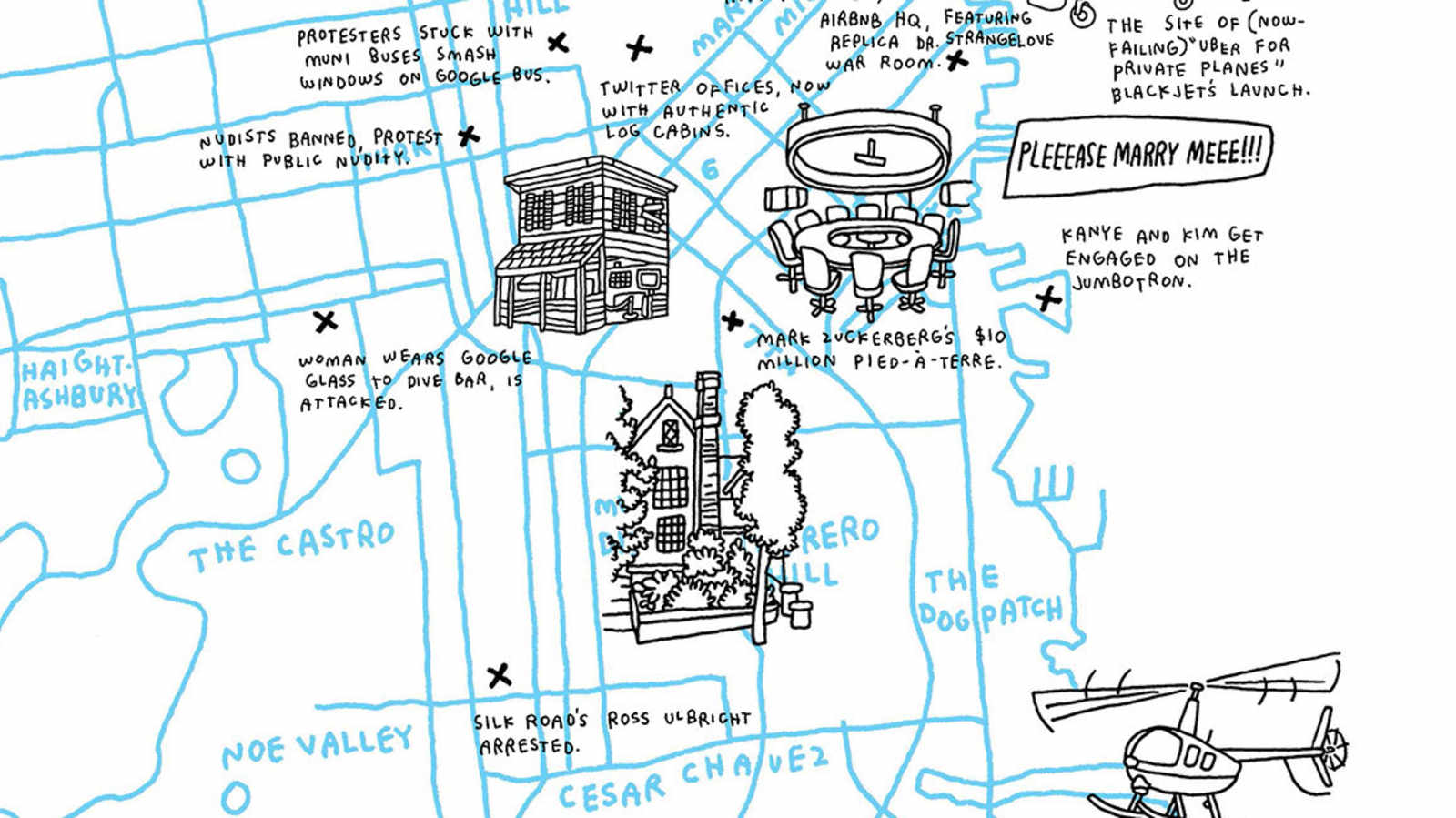 Not since we partied like it was 1999 or enjoyed 1967’s Summer of Love has the international media horde descended on San Francisco to try to explain to the rest of the world about how exciting it can be here! New York Magazine, maybe questioning their faith in the widespead belief among New Yorkers that they live at the center of the universe, has turned the volume up to 11 articles about San Francisco in their latest issue. The lead photo for the series is of nudists Gypsy Taub and Jaymz Smith, identified by the Chronicle’s Ellen Huet, followed by the above illustration which shows a good deal of artistic license taken with local geography. (Seriously, it’s like there was no attempt whatsoever to actually connect the legend with the map, but then New Yorkers have always struggled with perspective.)

Honestly, after reading Kevin Roose’s lead story, “Is San Francisco New York,” we didn’t have any fucks left to give about the rest of the articles, so we’ll leave it up to SFist’s Jay Barmann to explain why, to New York Magazine’s apparent dismay, our new money douchebros are slightly less overtly awful than their new money douchebros:

But it’s true, we are less inclined to embrace asshole behavior, unapologetic displays, and the giddy capitalist fervor that has made Manhattan a bohemia-free retail Disneyland where no one ever thought twice about bulldozing a building to build something newer and bigger.

What do you think, are you proud of all the attention and feel it validates your decision to stay or do you wish everyone would just go away and let us fight over real estate development amongst ourselves in peace?

What we need is even more foreign real estate investment. Hopefully articles like this will help.

Ah, New York media.  Like that rich kid who’s always hanging out in the house you share with 6 other people.  Yeah, we all know you have a nice condo.  And yet here you are.  Again.

This map is so off.