New Place to Do Whippits and Cook Meth 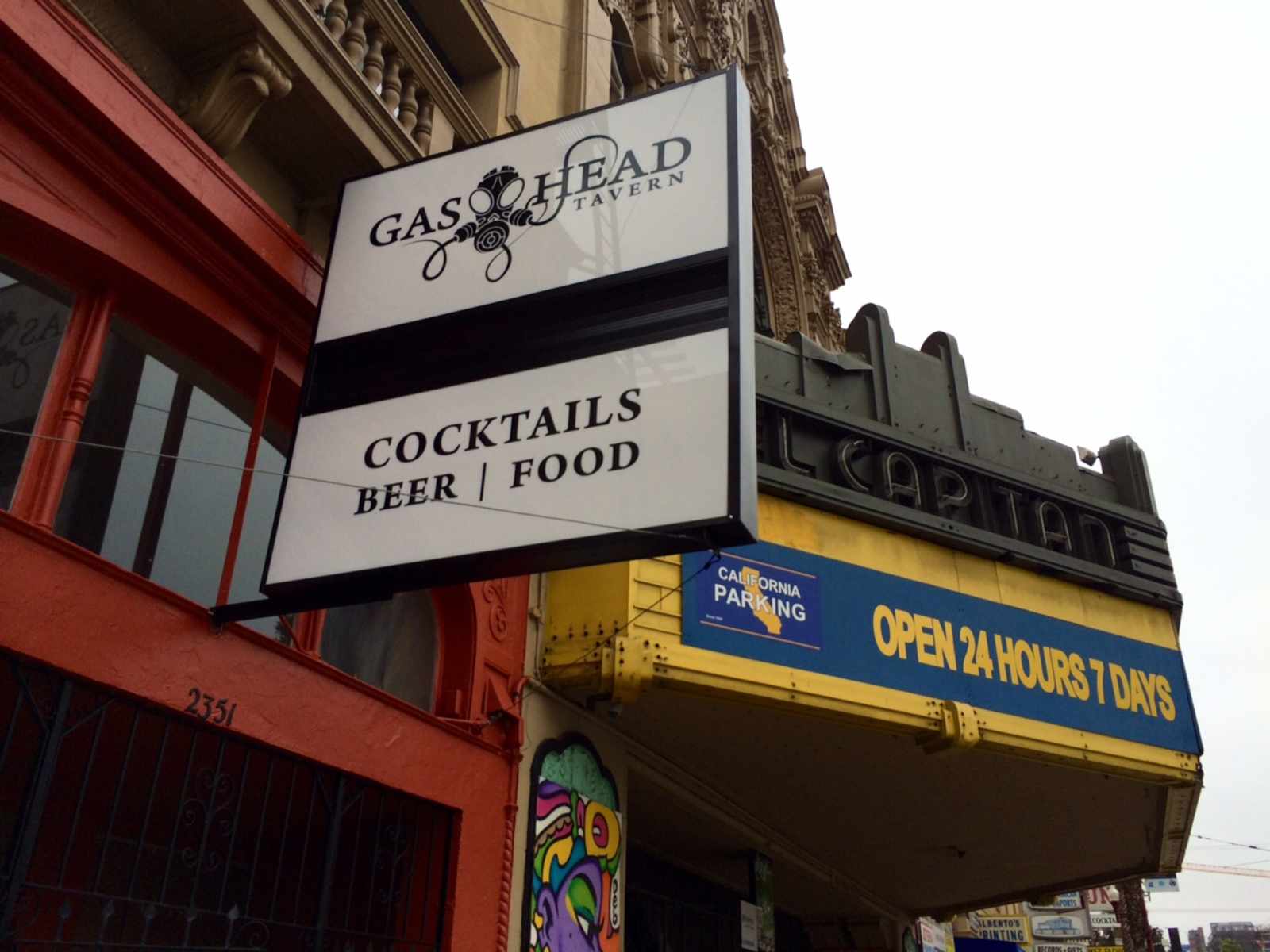 I took one look at this sign and thought it was inviting me to break bread in Walter White’s blood-soaked cook lab*.  Or, even worse, it’s a post-apocalyptic burner hangout.  Alas, “Gashead Tavern” seems to be neither of those things (grim signage aside).

Seemingly named after the fans of the Bristol Rovers soccer team (and not people who suck down too much nitrous on the Playa), Gashead looks to serve “British pub-style food with California flair,” with a menu “designed” by Lower Haight’s Greenburger’s, Tablehopper reports.  What’s more?

The [owners] collaborated on the revamped Murio’s Trophy Room in the Upper Haight and have brought on the same design team, Haleh Cunningham and Bernadette Holmes of Thornbird Styling, to do the interior. Cunningham tells us that since it’s a Spanish Colonial building and the owners are two English guys, the look will reflect nods to both… The look will be eclectic, with custom and modern lighting, and since Sargent has quite the collection of midcentury chairs, the seating will be groovy, with clean lines.

It’s worth mentioning that there’s a range of opinions on what happened to Murio’s after their upscale-ish revamp—many of them unkind—and anything shouting cocktails and “modern lighting” these days is automatically suspect.  But, hey, there’s no harm in reserving judgement.

From the looks of it, and based on past reports, they’ll be opening on Mission between 19th and 20th in the coming weeks.

UPDATE: The Attic closed yesterday, so it looks like Gashead will be opening any day now.

I noticed that Specchio also just changed their sign and is now a tapas restaurant.

The Attic will close at the end of the month.

hahaha, good one. It’s crying wolf at this point, but everyone knows that the moment “gas land” or whatever is ready, there will be a day where the attic unceremoniously closes its doors, the booze is moved a couple miles away, and gas whatever opens up.

i miss the old murios.

when the new “murios” opened I went there only once and was told the partners also own the attic. That was bad news.

I welcome these douchey bars, gives the tech bro’s somewhere else to go besides the bars I like.

No yellow lab jumpers and bodies in barrels?

The new(ish) Murio’s looks like one of the Restaurant:Impossible remodels that cost $10k. I’m sure it cost much more, but it’s Ikea-looking in there. Disappointed to know the same designers will do this. Also urprised it took so long for someone to take over the Charanga space.

This will officially be the closest bar to my apartment, and it will be fun coming up with different reasons to not go there.