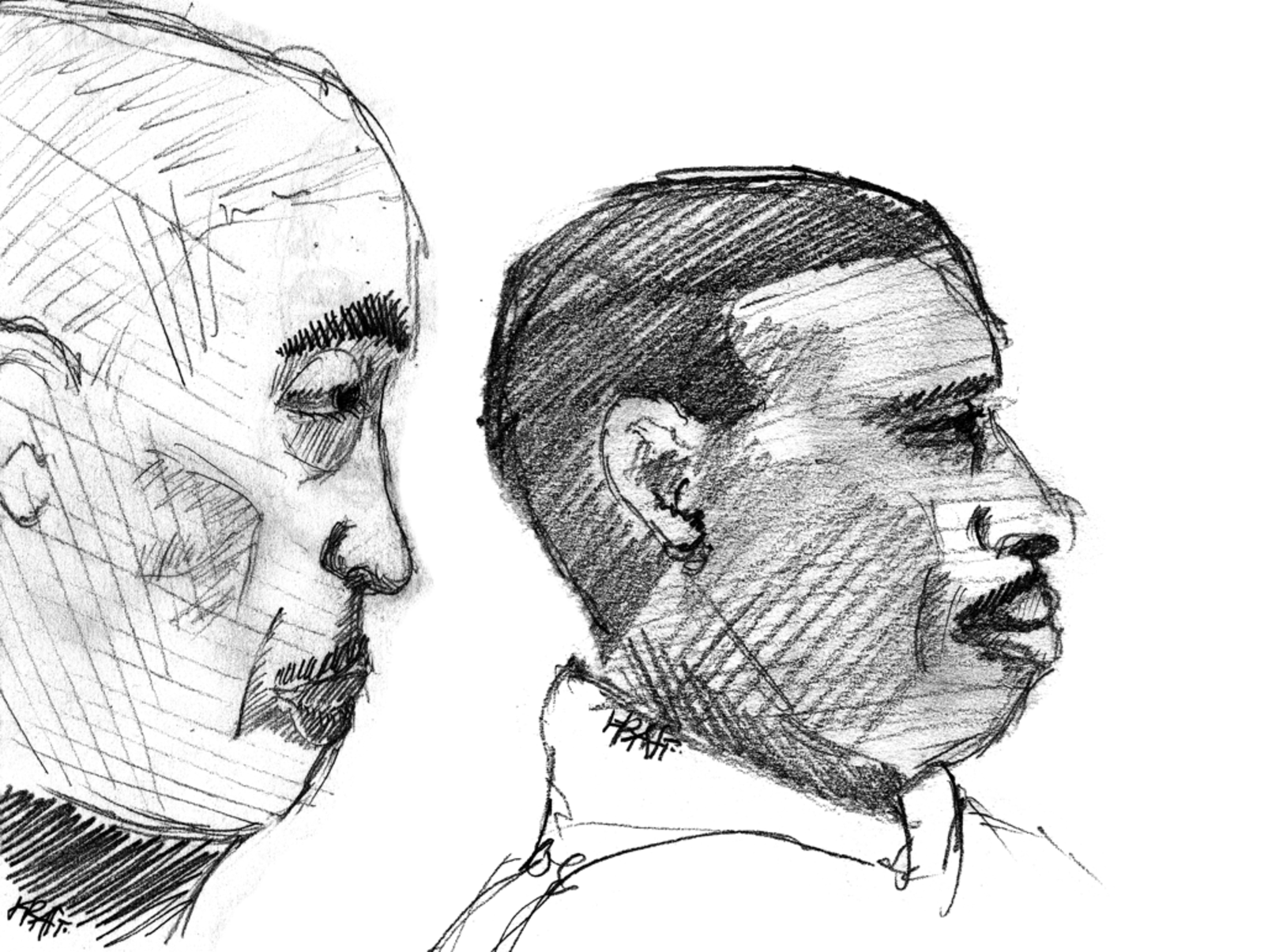 News broke this morning that State Senator Leland Yee was arrested along with dozens of other defendants, including Raymond “Shrimp Boy” Chow, and homes and businesses in San Francisco and across the Bay Area raided by federal officials who found, among other things, a marijuana grow operation. This afternoon, Yee, Chow and 17 other defendants appeared before Magistrate Judge Nathaniel Cousins for an initial hearing to determine if they would be detained pending further hearings.

Raymond “Shrimp Boy” Chow (picture, left) was in the first group of twelve defendants for today’s initial hearing in a criminal complaint brought by U.S. Attorney Melinda Haag’s office. Friends and family of the accused were joined in the courtroom by dozens of journalists and attorneys, eventually requiring an overflow room to accomodate the crowd.  The 133-page complaint was unsealed by Judge Cousins shortly after the hearing began. The charges, in brief, were read aloud in the court room.

Chow stands accused of money laundering and conspiracy to traffic in stolen cigarettes. Charges against the other eleven defendants, including Keith Jackson (pictured, right), a political consultant and longtime ally of State Senator Leland Yee, included gun running, narcotics trafficking and a murder-for-hire conspiracy. Each count of the money laundering charges alone could bring 20 years in jail and a $250,000 fine.

Based on the affidavit in the complaint, the Federal Bureau of Investigation has spent years investigating Chow, whom it claims is the “Dragonhead” of the Chee Kung Tong, having infiltrated the organization with an undercover agent posing as a member of La Cosa Nostra—Mafia members with connections in New Jersey. However, at the hearing, Elizabeth Faulk, Chow’s court-appointed federal public defender, argued for his release citing over a decade without being accused of any crime after Chow spent much of the 80s in 90s in prison on multiple criminal convictions including racketeering. 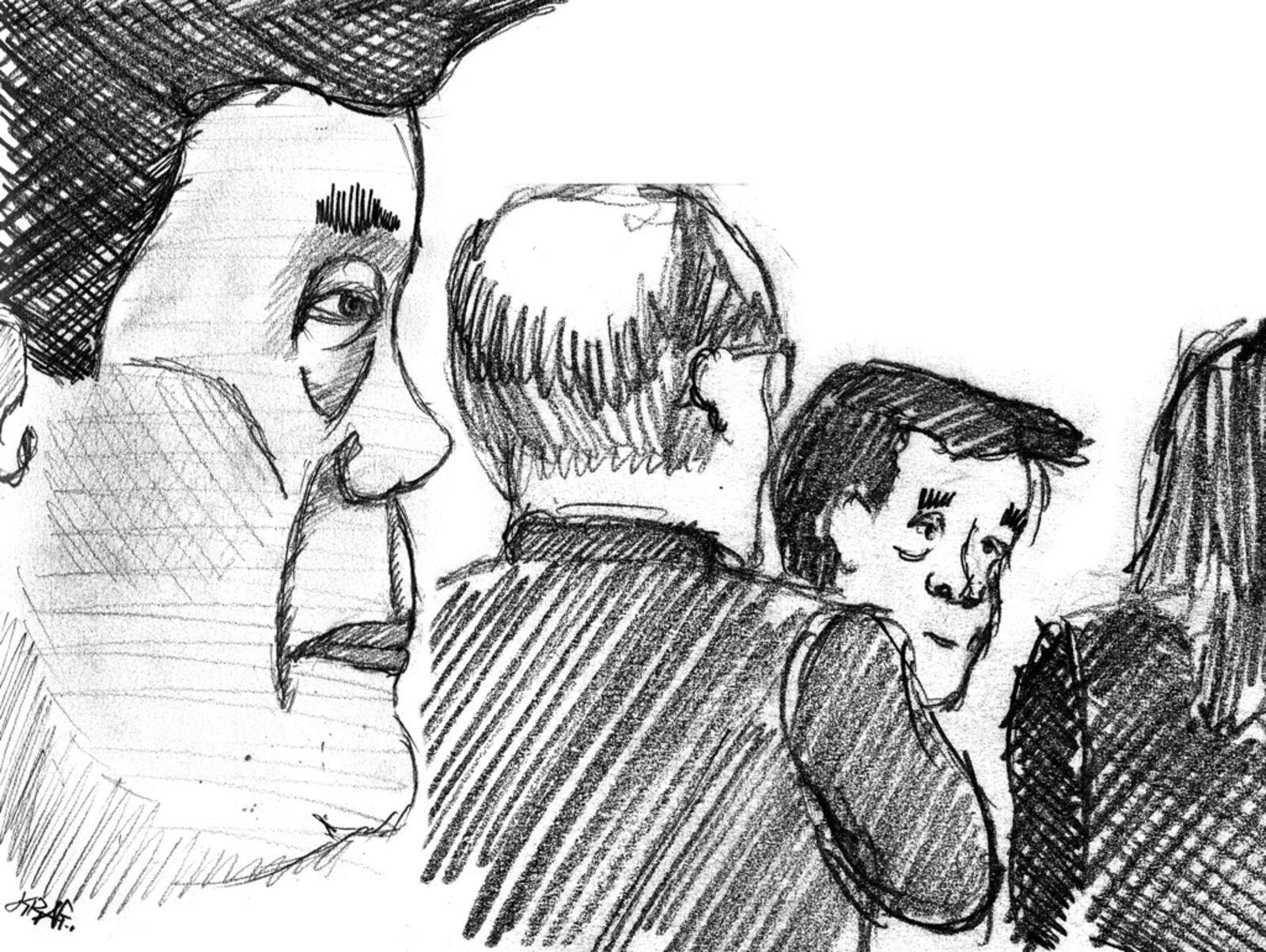 Five of the first twelve defendants were eventually released, with the rest having their bail hearings pushed ahead to Monday and Tuesday. Shortly thereafter, Leland Yee was among seven more defendants brought before Judge Cousins, and stands accused of gun trafficking and six counts of wire fraud. Yee was somber but alert in a faded windbreaker and only slightly tousled hair, replying only “yes” when eventually asked if he understood and agreed to the terms of his release, which includes a $500,000 unsecured bond and a ban on travel outside of California.

Yee is scheduled to appear for a follow-up detention hearing at the San Francisco Federal Courthouse on Monday, March 31st at 9:30am. Jackson is scheduled for 11am that same morning. Chow will have to wait until Tuesday, April 1st. Yee’s attorney has indicated that Yee will plead “not guilty.”

As for the complaint affidavit, the pretty compelling account was written by FBI Special Agent Emmanuel Pascua. After listing the targets of the complaints and the statutes allegedly violated, Pascua begins to describe the investigation.

At some point in the last five years, an undercover FBI agent (herein “UCE 4527”) was introduced to a high-level member of the [Chee Kung Tong]. As a results of this introduction, in may 2010, another undercover FBI agent (herein “UCE 4599”) was introduced to target subject Raymond CHOW. CHOW then introduced UCE 4599 to many of the target subjects…during a meeting with UCE 4599, while seated in a booth in a karaoke bar, CHOW whispered into UCE 4599’s ear that although CHOW was no longer involved in criminal activity, CHOW knew of and approved all criminal activities within his organization.

In October of 2012, local law enforcement conducted raids on two locations which turned up two marijuana grow operations, a loaded weapon and cocaine in locations connected to multiple defendants. Meanwhile, UCE 4599 was laundering millions of dollars in drug proceeds between 2012 and 2014 along with purchasing weapons and drugs directly. Ultimately, Chow introduced UCE 4599 to Keith Jackson as a consultant for CKT. Jackson and his son Brandon Jackson, along with another suspect, allegedly sold UCE 4599 multiple weapons and bullet proof vests, fake credit cards and agreed to a murder for hire scheme suggested by the undercover agent.

In his role as principle at Jackson Consulting, Keith Jackson was busy raising money for Leland Yee’s mayoral campaign in 2011 and even hit UCE 4599 up for donations in excess of the $500 maximum allowed by law. UCE 4599 declined, but introduced Jackson to another undercover agent posing as a real estate developer, UCE 4733, who did make a $5,000 donation to the campaign. After losing the mayoral race but with $70,000 in debt outstanding, Jackson and Yee again went to UCE 4733 for money and promised to call and write the California Department of Public Health on behalf of a fictional client of the agent’s in exchange for a $10,000 donation. More requests were made by Jackson of more undercover agents, with checks made out to “Leland Yee Secretary of State” in exchange for political favors.

Yee and Jackson also promised to introduce UCE 4599 to an arms dealer who could arrange to have a specific type of weapon imported through Newark, New Jersey. Yee later explained that he had connections for weapons in the Phillipines, and introduced UCE 4599 to another defendant, Dr. Lim, who could help make a multi-million dollar arms deal, including shoulder-fired rockets, a reality. In exchange, Jackson and Yee repeatedly requested more funds for Yee’s Secretary of State campaign—which they would then break up into smaller donations in order to avoid the appearance of impropriety.

At one point in 2012, UCE 4599 asked Jackson to call Yee and as the senator to help out Chow because, according to Jackson (in transcripts of what was presumably a warranted wire tap), “somebody, maybe the FBI, had Chow ‘by the balls.’” Yee expressed concern about connecting himself to Chow because of the latter’s puported book and movie deals, and because “[y]ou know, some poeple still think he killed that Allen Leung guy.” Referring to money offered by UCE 4599 in exchange for Yee’s support of Chow, Yee lamented “shit, as much as I want that five thousand, I can’t do that man. Shit. Fuck. Shit.”

In 2013, Yee reportedly took meetings with another undercover agent, UCE 4180, posing as a businessman who wanted to become “the Anheuser-Busch of medical marijuana” and was looking for help changing the law in California to make it easier to do business.  Yee said that only a ballot initiative could get UCE 4180 what he wanted, and that if elected Secretary of State, Yee could help with that. Jackson then met with Yee and later provided his account information so that UCE 4180 could make a “good faith” donation in exchange for “deliverables.” In June of that year, Yee, Jackson, UCE 4180 and another undercover agent and another (unnamed) state senator all met for a coffee at a Starbucks near the state capitol in Sacramento where Yee reportedly explained that “I’m just trying to run for Secretary of State, I hope I don’t get indicted.”

Of course, this is just a summary of the most egregious charges against Yee and the connections between Yee and Chow through Jackson. Dozens of weapons, millions of dollars and kilo after kilo of drugs - all together, it sounds like the plot to some sort of violent video game that Yee wants to protect your children from. Whether or not Yee is found guilty, with Democratic party leaders asking him to resign immediately, it looks like it’s game over.

That was much easier to digest than 133 pages.

Thank you Jackson!! Did you do the drawings?