Mission Rental Market Stabilizing, Says JPGs With Numbers on Them 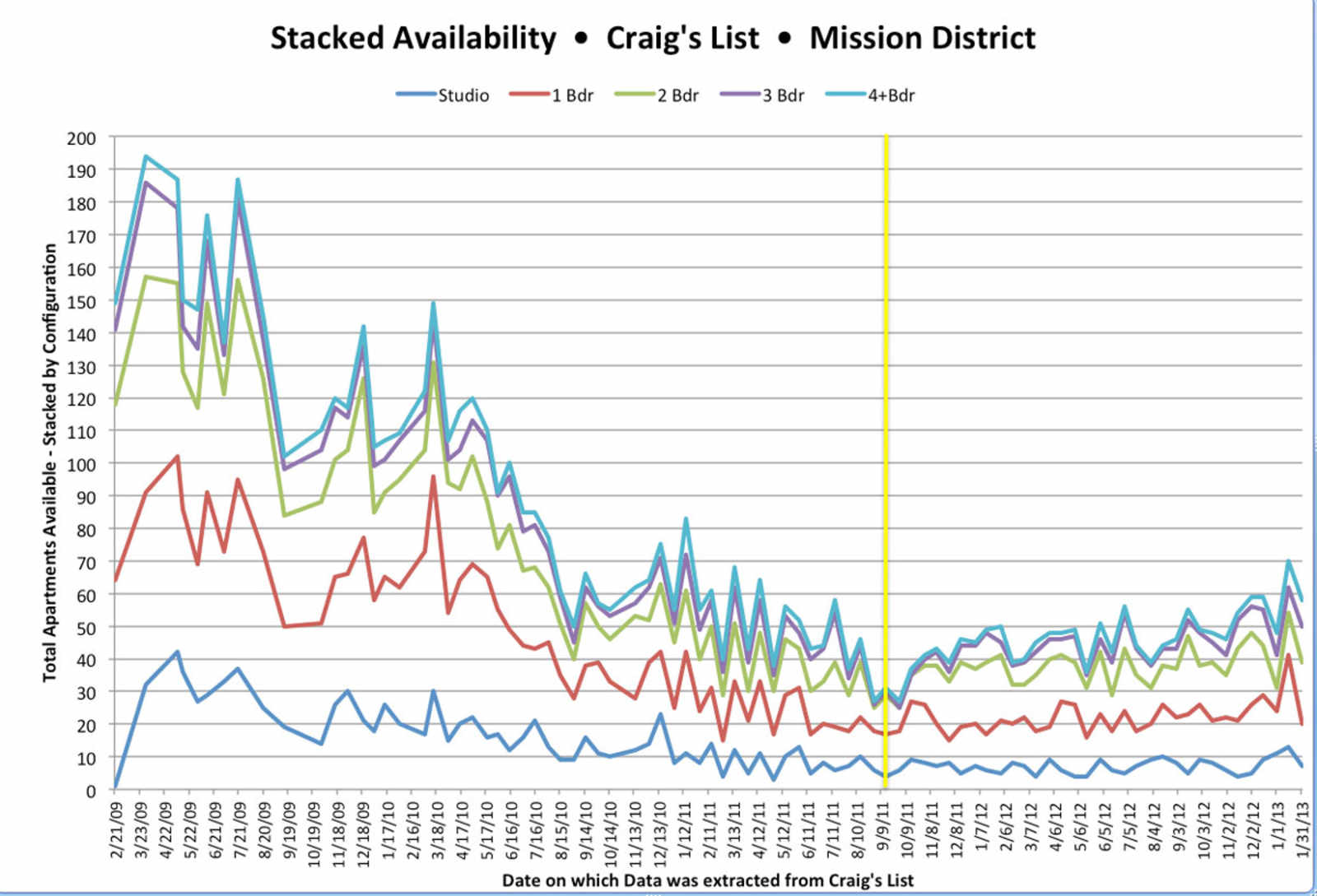 All the anecdotal reports I've heard say the rental market is as savage as ever, but according to some fancy craigslist numbers crunched by the folks over at Mission Local, things are starting to normalize.  After apartment availability bottomed out in August of 2011, the available units have since increased by at least a couple.  And—for even better news—rental rates have just started to even out, with 4+ bedroom places averaging around $5,750 for the last few months and the price of studios actually starting to decrease.

Of course, this doesn't factor in square footage or apartment quality or location or sublets or any of that gobbledygook, but progress is progress.

The Oakland migration is starting to have an effect.

My four bedroom apartment went from $3000 in 2010 to $5300 when we moved out in July, and I thought that was absurd for what is a shitty building in NE Mission, with a property management company that neither spoke English nor gave a shit about their building. Who’d ever want to pay more than $1300 per person for *that*? We thought the $750/pp we had going was a bad deal.

We were surprised to see it off the market in a split second. Now you’re citing $5750 as the going rate. Man. I pity the people paying $1500 for a crowded, uncomfortable living situation.

suppose someone makes 100k a year working at FB, they probably take home, what 70k? Ok, that means each month if they’re paying 1500 for rent, it’s about ⅓ of their income to rent, which is probably what 750 a month is for the rest of us now, and we’re willing…..

Of course these people are all fucking squares who work for tech companies right? How long can they handle living in the real fucking world where you don’t live in a plastic bubble with a cafeteria and evreything laid our and ready for you? well I dunno. Mug em all.