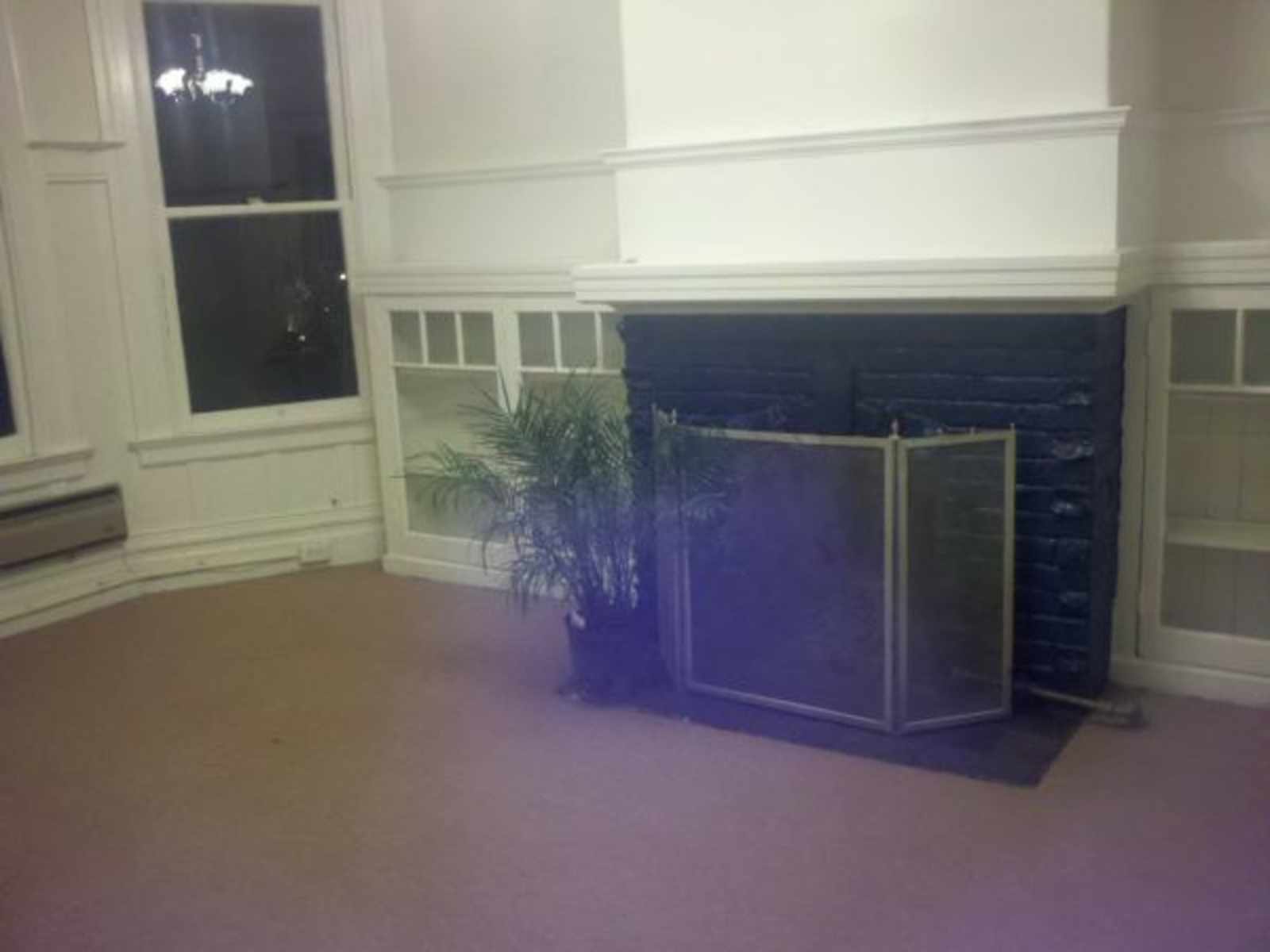 Rental prices are going up.  Way up.  And with historically low vacancy rates and new millionaires moving into town, it's a landlord's market.  Take this new development in the world of renting apartments: having to bid upwards of $3k/month for an apartment on Valencia and Duboce.  Check it:

Ridiculous rent for a 600 sq ft one bedroom apartment in the Mission?

Even if you can have your pet?
Even if it has lots of natural light, a small working fireplace, claw foot tub, somewhat upgraded eat-in kitchen, including new fridge?

And here is the real deal: WALKING COMMUTE TO CIVIC CENTER AND MID MARKET!

Sounds like a good deal!  What do I need to do to get such a posh pad?

MAKE A BID BY RESPONDING TO THIS EMAIL:

(Your bid will of course be subject to your seeing the apartment).

Your bid should include the following (required):
-monthly rent you are willing to pay (water & garbage paid by owners),
-plus agreement to lease for minimum one year,
-plus your employer name with phone number to verify, and
-last 2 landlords with phone numbers, &
-how many people and pets will reside in the apt, &
-your phone number (we will only respond by phone, not email).
Not required but appropriate:
-info about your pet(s),
-plus info about you — your elevator pitch resume —
-and, if you wish,
—————offer of a signing bonus.
We will see who responds, evaluate the offers, then set up opportunity for top bidders to view the apartment some time between bid close and following week.

Alright, well for that kind of money and effort, what kind of palace are we looking at? 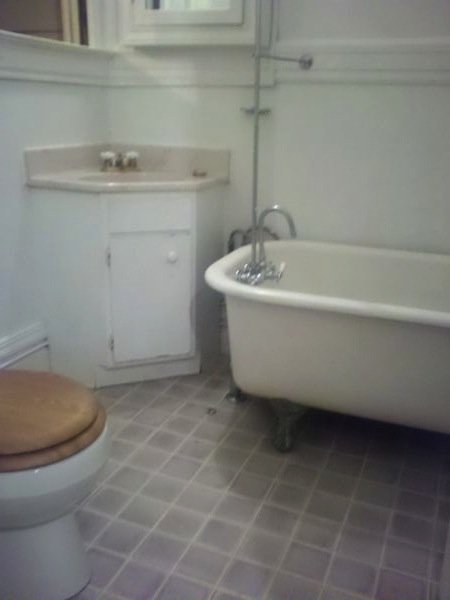 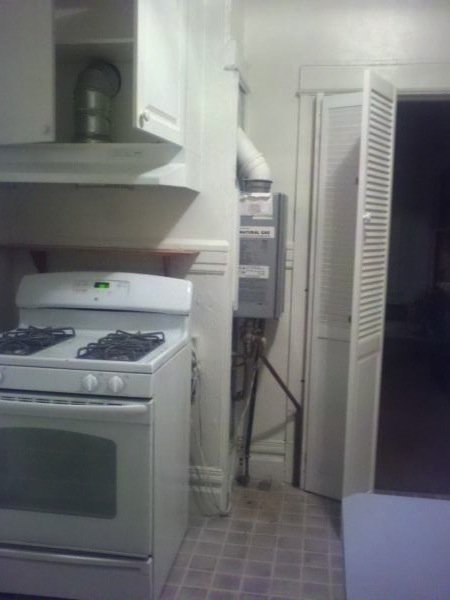 Oh, and one more thing:

Thanks for your interest in living in San Francisco's most awesome neighborhood.

600 sq ft only counts as a “one bedroom” if you’re a dwarf. For the rest of us, that’s a studio with an extraneous wall.

This has to be a joke.

This was my life a few weeks ago. Shit is no joke. Highway robbery.

LOLOLOL i just got a apt. on gough and fell for 2300$ a month. (Ive been living here for about 3 months) 2 bed room, 2 bath rooms, nice kitchen with dishwasher, Great grill area/communal space, large living room and underground parking. Did i mention we have elevators and its only a 10 year old building. Do not pay these d-bags that think they can make a buck on the old crappy apt’s. That Apt is shit and i pay less! wow. just wow.

This is by and for those who think the Mission is “better than it used to be”. Welcome to their world.

THAT is insane and reminiscent of the late 90s DotCom days. I don’t think I’ll ever give up my rent controlled apartment. Not. Ever.

they are simply trying to get the most rent possible out of the sucker who has to live in the mission. once they sign the lease, rent control kicks in for however long the person stays, so the higher up front the better for them.

that apartment sucks though.

the mission is BETTER THAN EVER

Wow. That is absoludicrous. Fuck. That.

That landlord = scumbag. I encountered similar things during my recent apartment search. We decided to move out of town instead.

Sad thing is the landlord probably got a landslide of replies and will get $4k month for that POS plus whatever BRIBE (signing bonus, my ass) is offered on top of it.

It sucks for now, but it’s only a temporary problem; in five years the majority of the high-paying programming / software dev. jobs will be outsourced somewhere overseas.

Anyone know of a soon-to-be-hip neighborhood in Mumbai?

You say “clearly.” Care to clarify? I think this reads like a landlord. Some d-bag who inherited the building from grandpa.

Lots of people sublet apartments in the Mission; sometimes for years (like my old neighbor), often times at exorbitant rates - this has been going on for a long time. I think a good tip-off is that they don’t want to communicate via email, only over the phone. perhaps trying to avoid getting caught by the actual landlord / property manager.

Of course we can’t be sure, but I think it’s a pretty safe bet. Not that I would put it past a landlord, either…

The person can’t even spell Duboce.

Holy caca. Next time LA-based anarcho genderless rioters bust up windows in the Mission, I might be a little glad to see them. These rents are embarrassing! Shame on the landlords. Let’s all bid $1/month.

This is the exact scenario I encountered 6 months ago while apartment hunting in the mission. An open house would be listed for 2100 or so and within 30 minutes of arriving, the going bid would be at least 600 more and rising (with volunteered “signing bonuses.” What a waste of a perfectly good Saturday.

I actually just got an apartment at Valencia & Duboce for $2400/month. Brand new appliances, all hardwood floors, plenty of storage and 700 sq ft. This article made me feel extremely fortunate! It’s ridiculously how varying the market is right now, and it really does comes down to sheer dumb luck. We got really lucky with the circumstances surrounding ours. I will say, it did take us months of searching and checking CL religiously before finding a ours. So don’t get discouraged, just allow yourself plenty of time to look and eventually everything will fall into place.

This is not new - seen places at duboce + market and along that corridor go for extremely high rents. No idea why people pay it, but they do.

The rent is TOO DAMN high! [drops mic…walks off-stage]

I recently got a 1 bedroom apartment not far from there at Duboce and Church for …wait for it… $2300 / month and that includes UTILITIES paid.

Honestly, it’s luck and being super aggressive and looking at EVERYTHING. When I first looked I thought this place was TINY compared to my HUGE place in the Tenderloin. Then again it was in the Tenderloin and I hated everything about that neighborhood (but was somehow paying $2100 for my *old* place). Respectable management companies will not require you to bid. I’d steer far and clear of a place that requires you to do that shit.

Is that one of the Zeitgeist Hotel rooms?

All the people who complained about the rent. You insist on living in SF and then you complain the rent is too high. There are other places to live, you know. Whenever I mentioned Oakland, Daly City, even Crocker Amazon, just to name a few; people is like: OH no, I’d never live there! I want to be in SF! Well, you want SF you have to pay up. It’s that simple. Why don’t y’all just decide to live somewhere else so I will have less competition!!! ;)

All you people who are living in rent controlled apt paying $600 for a two bedrooms in someplace like Nob Hill. Screw you too! You guys are just as greedy as this landlord. My high rent goes to subsidize you guys! Why don’t you move to somewhere you can afford so the rest of can have more rental stocks to chose from!! I’ll give you a pass if you’re elderly or disabled. I be glad to subsidize you guys.

the blurry images are freaking me out. I keep looking away to make sure it’s not my eyes

For once, I’m glad I own in this city.

I just hope they start rebuilding freeways so I have somewhere to live (underneath one) when I’m 60 and no one wants to pay me to work anymore.

It is only a “Landlord’s Market” when the lease is signed. Over the long run, with usual capped rent increases of < 2% per year, every tenancy benefits a tenant in rent-controlled apartments.

What a dump. It’s only worth $475.00 in the real world. Anyone who would pay $3,000 for that crappy crime-laden neighborhood and that cockroach-laden apartment deserves to be screwed over. The owner must have (a) psychological problems or (b) drug problems. This is the very reason why I moved out of San Francisco. I lived there for years and the greed of the property owners was just overwhelming. Yet fools pay and that sends a message to landlords they can get away with this stuff. The Mission, especially at this location, is loud and noisy day and night, with drunks screaming in the street, muggings, police sirens, VERY BAD parking problems in that area and more. You’ll hear the sound of the buses, street cars and traffic through the windows and won’t be able to sleep at night.

I have friends who own rental properties and rent none of the apartments out. What happened is (at least they claim) when their parents who bought a lot of apartment buildings in the 1960s got hit with rent control in the 1970s their parents did not re-rent an apartment when the tenant moved out. My friends inherited 8 buildings and over 200 apartments and they are all empty, they did not rent a place when the person moved out (or died). So I thought there must be something wrong with the buildings? they said nope. They only pay the property taxes because their parents owned them (no mortgage) by the 1990s when they passed away. Why wouldn’t they sell the buildings? My friends are holding them for the land value only.

I would rent the apartments out. But it’s their property. Their parents refused to do the rent control deal and my friends won’t either. They said a lot of apartments are not rented out anymore because of their same reasons.

I found this link because I still found it hard to believe:
http://bayarearealestatetrends.com/2011/11/01/sky-high-san-francisco-ren…

“31,000, or one in 12, rental units in San Francisco sit vacant. Which should make no sense, why would landlords hold back vacant units when rents are nearing all-time highs?

“San Francisco has a maze of rent control ordinances, the intricacies of which fill reams of municipal regulations, to protect tenants against greedy landlords. You know, the 1%. Landlords face strict limits on how, when and where they can raise rents, among just about every other action landlords normally take. As a result, long-time tenants often enjoy super low rents and strong protections against landlords replacing them with tenants willing to pay market rents.