CEO of Kink.com Arrested for Cocaine Possession: A Resounding "Duh" Echos Throughout the Mission 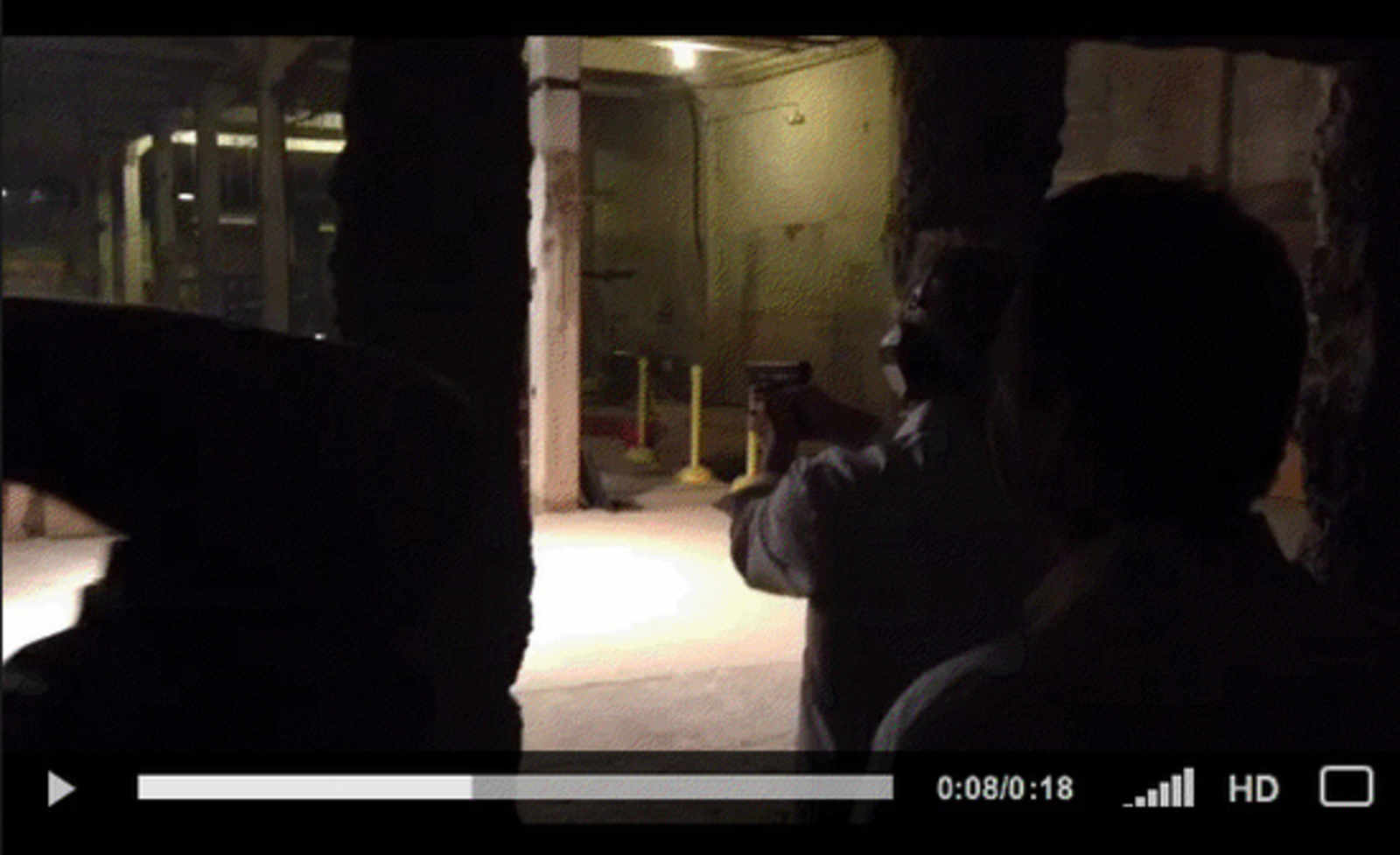 The SF Weekly piece didn't include the video in question, but instead included the above screenshot of a dude with a gun.

Duh? How about finally. Drug use in a the work place in a part of town that badly needs a clean up. A company that “prides” itself on transparency, but hides the fact that it’s CEO is using drugs in a “zero tolerance workplace”. And firing guns in a workspace? That kind of irresponsibility is okay in San Francisco? Shut the place down and send Acworth back to England.

I’m with you until the whole gun issue. Were this a standard office setting, with dry-wall and unsuspecting neighbors, I would agree. Let’s place this in the context of it being done in a proper shooting range, below ground. That area was specifically designed for firearms use. It appears that they are even wearing ear-protection.

Beside, drug possession does not mean ‘under the influence.’

The basement of the Armory was a shooting range back in the National Guard days. Peter’s just an avid historic preservationist.

If he was smart, which most likely is, he would have opened a subsidiary LLC to hold the liquor license.

We’ve got a lawyer here!

That license seems to be a previous one. The current one is here:
http://www.abc.ca.gov/datport/LQSData.asp?ID=60952486

ABC doesn’t care about the form ownership takes. It’s interested in the underlying people. This could be a big problem for the bar.

That’s the end of that bar. No way those gun charges aren’t going to stick. Not with a video out there.

How ya figure? This was in the basement of the Armory, not in the bar. As mentioned above I’m sure he has a separate LLC for the Armory Club. Also what’s your misguided bone to pick with him/kink? I don’t actually give a shit but you clearly have a grudge.

If you have a liquor license and get arrested/convicted for certain crimes it can be revoked. He is an asshole because he forced the owner of Ace Cafe out of business.

It’s business. Beside, the owner of Ace Cafe wasn’t to eager to walk away from money.

He found a loophole in the lease and raised the rent 4x what Rob was paying. Rob couldn’t find a new location so he sold him his beer and wine license.

He’s a fucking scumbag and kink treats their employees like shit.

Uh…. yeah, I’ve got friends who are happily employed at Kink.

…And I’ve got friends who have left there because they treat their employees like shit.

You mean like, humiliating them and tying them up and beating them?

…and letting everyone watch?

“My exception is the rule!”

I did a project with them and know a few people who are happy to be there. How could I possibly know me and the people I know are the exception? and how are you so fuckin sure it’s the rule?

so, four “very different” people out of the 100+ employed make the rule. Seems legit.

*shrug* I was just pointing out that they treat their employees like shit. It doesn’t really matter to me if you like it, or even if you agree. I was just making a statement of fact, not trying to convince you or anyone else.

Frankly I’m surprised that either of you have friends.

All my friends are of the blow-up variety. They all just think i’m grand and i’m always the life of the party! Toodles you mangy poodles. :D

you aren’t allowed to shoot a gun in a place you own?? what kinda bs is that?

All the *woman* he’s ever dated says he only shoots blanks.

I suspect that not only plurals are lost on you, idioms are, as well.

You’re too stupid to understand the joke that’s embedded in the statement.

The point is thus to acknowledge “the presence, within the I itself, of a realm of irreducible otherness, of absolute contingency and incomprehensibility.