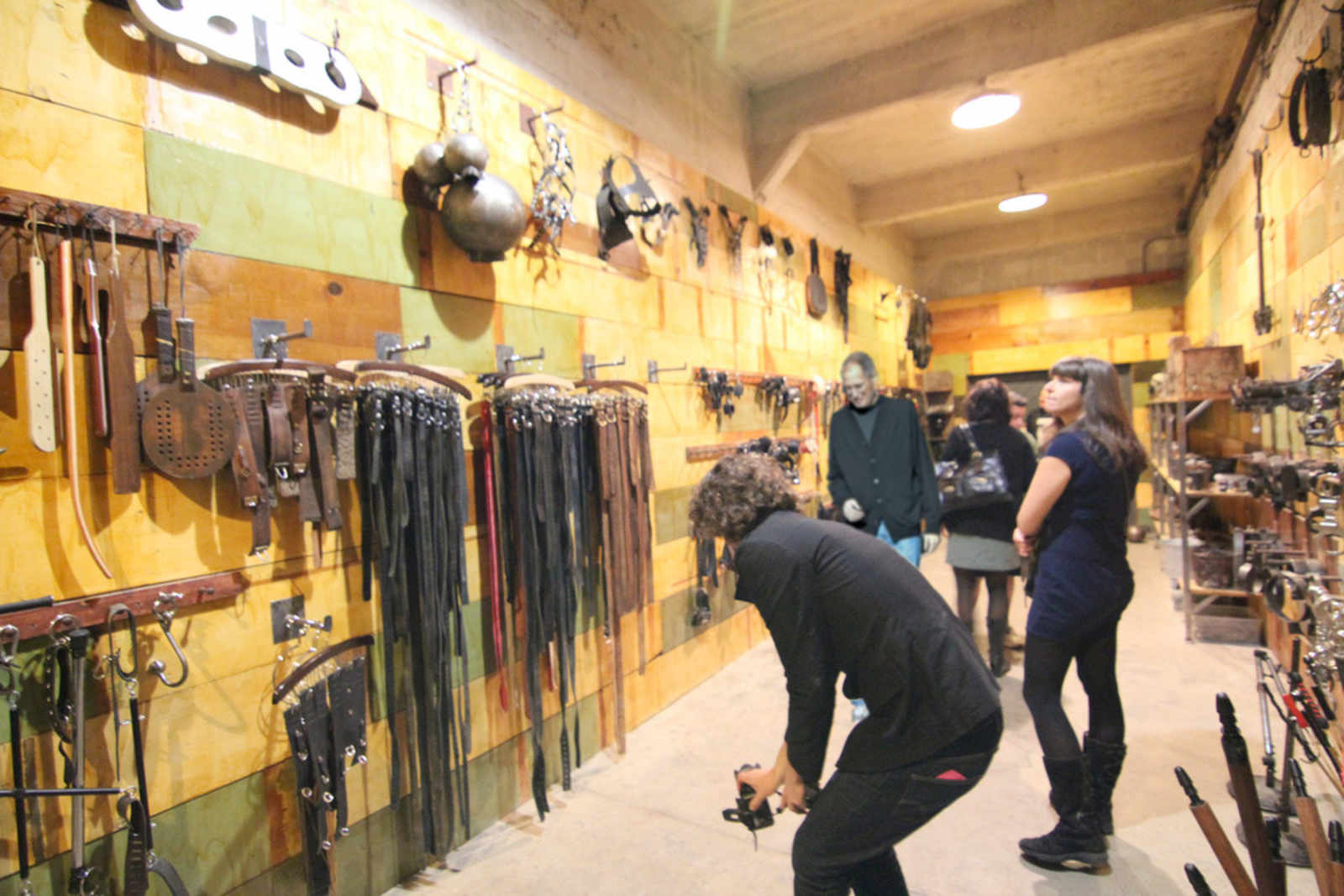 Last night, we were unfortunate enough to run into Apple's CEO Steve Jobs while getting a tour of the Kink.com Armory. Despite looking a little frail, Steve seemed genuinely excited to be there and was particularly interested in the prop room.

However, the entire tour was made awkward and uncomfortable by Steve's presence.  At every turn, he gushed over Kink.com and their dungeon of devices. While examining the mechanical sex machines, he could be overheard mumbling that it would be “interesting to integrate this technology into the next iPhone.”  Walking through the sets, he babbled about wanting to inspire lust in his customers just like Kink does.  “I want people to literally orgasm while holding the iPad 3.  Are you getting it?”  At one point, a couple on the tour feigned a sudden attack of food poisoning and made an early exit, but Steve pressed on.  “If we could capture this kind of passion in the next OS, we'd experience full market penetration.”

After the tour, we caught up with Steve and asked him why he was so fascinated by Kink and the 97-year-old Armory: “For years, Apple's slogan was 'think different,' and I cannot think of a company that thinks more differently than Kink.com.”

“Hmm, leather whips…. there’s an app for that.”