Woody Allen to Film in the Mission Through Next Week, Parking Will Be a Bitch 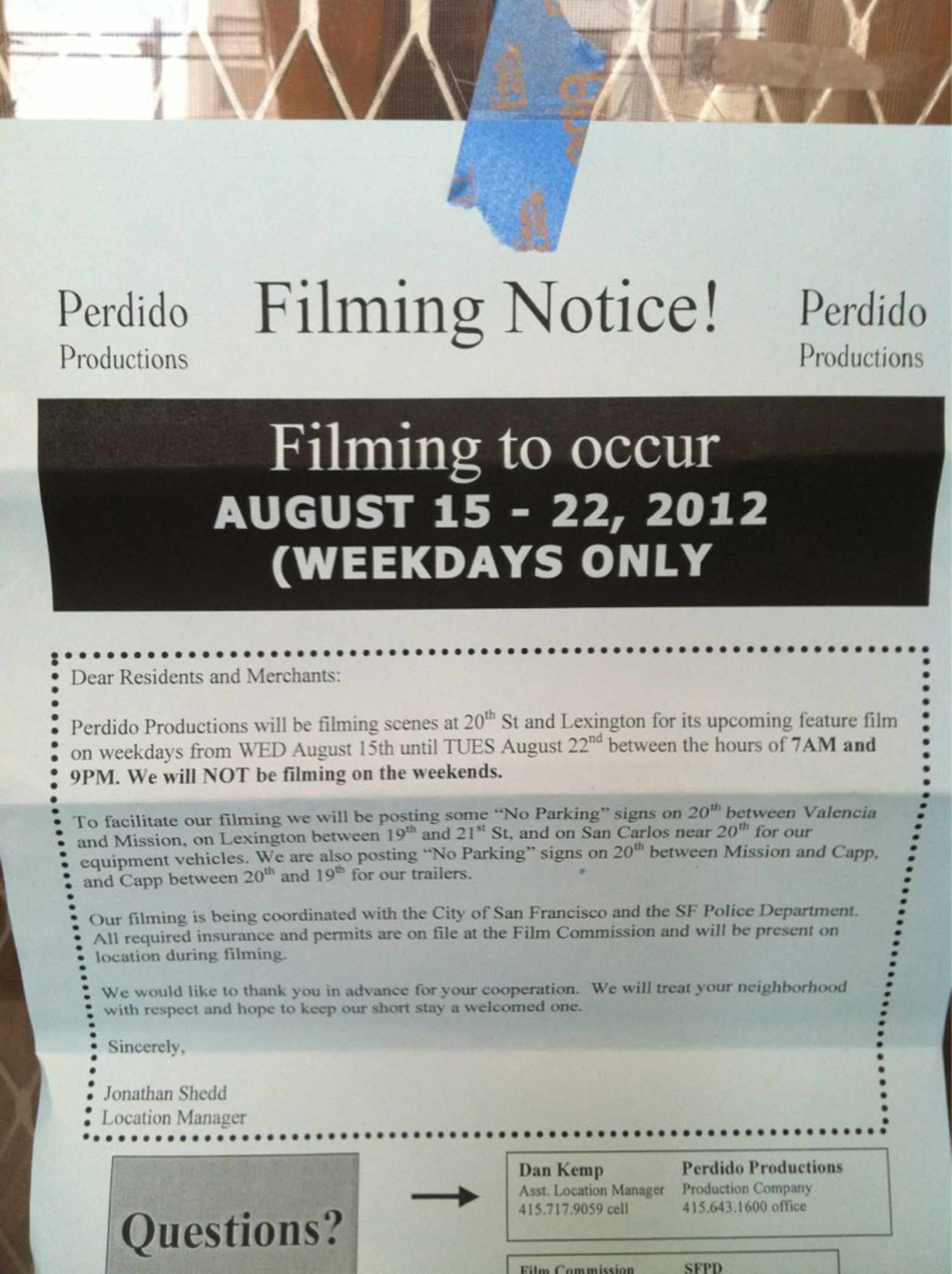 Following up on the news that Woody Allen took over the corner of 14th and South Van Ness earlier today, Matt Graves shares the filming notice being circulated around the Mission this morning.  They'll be on 20th between Valencia and Mission, Lexington between 19th and 21st, and San Carlos near 20th through Wednesday next week.  They've also blocked off most of Capp between 19th and 20th for trailers. 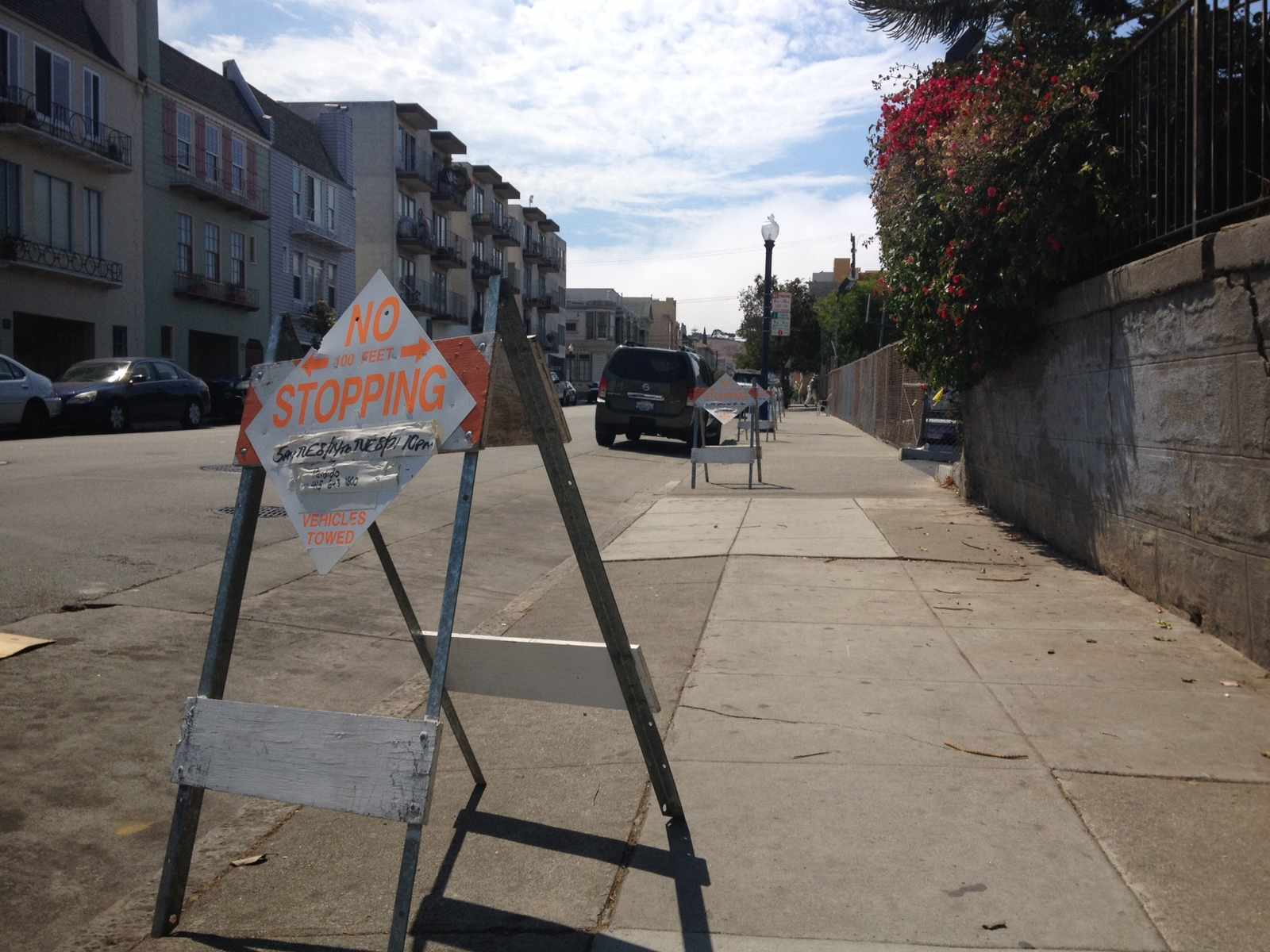 Trucks all over tonight. Filming in the morning, according to the super-amped dude setting up the deluxe porta-johns.

The 20th and Capp hookers will love this.