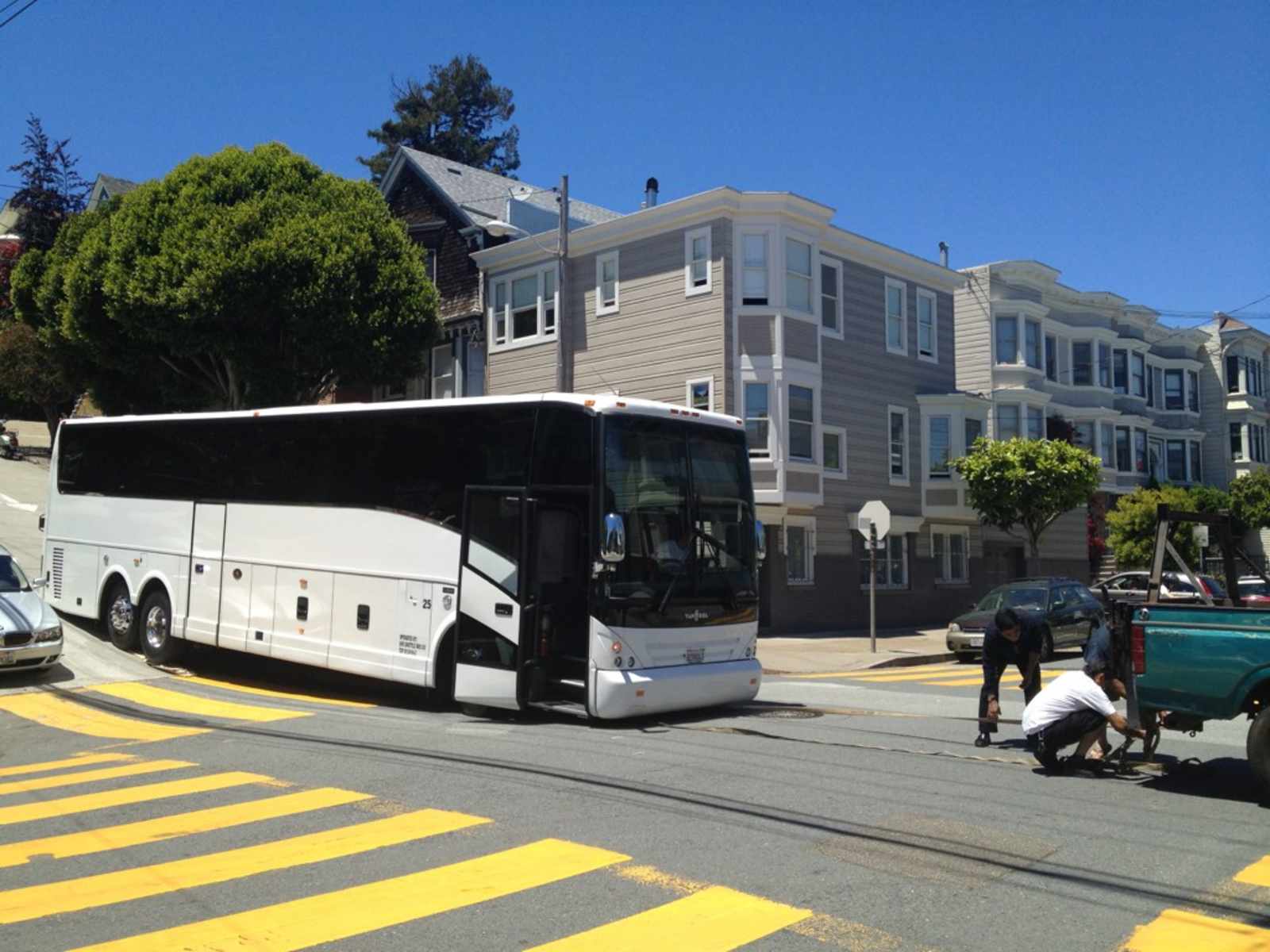 Because of my sick fascination with what travel writers have to say about our beloved neighborhood, I tend to read a lot of trite puff pieces from the likes of the Los Angeles Times and the San Francisco Chronicle.

These hotel folk often see things about cities and neighborhoods that their inhabitants don't spot.  While we're too busy discussing the details, they see the bigger picture, identifying emerging pop urban trends before any of the locals even know what the hell is happening behind the wheel of the Urban Safari.

With that, today's blurb from Oregon's MIX Magazine is a real doozy:

Once upon a time The Mission was the “Mexican neighborhood.” It was known for its cheap bars, big burritos, and the guys on the corner who sold bacon-wrapped hot dogs or baggies of chile-dusted mango slices.

The hot dog slingers are still there, but things are definitely changing. Brooklyn-ization is in full swing. The commerce of cool is booming. Rents are skyrocketing, partly because everyone wants to live in the newly trendy Mission, and partly because of its proximity to Silicon Valley. On weekday mornings, large luxury buses equipped with deluxe seats and Wi-Fi park in strategic locations, ready to truck tech workers south to Apple, Facebook and other high-profile companies each day. The people on those buses are mostly young and are supposed to be wicked smart. They have ample cash flow and highly discerning taste. They’ll wait for hours for a table at a hip Jewish deli, pay $13.50 for a gourmet Reuben sandwich, and then tweet about the experience: “To our right, babies slurping matzo ball soup. To our left, a family speaking Hebrew. Behind us, a pair of transvestites. @wisesonsdeli.”

I know, I know, my initial reaction was to tell her go the fuck on back north, too.  “The neighborhood Facebook built?”  Puh-leeeease.

But once I choked my rising bile back down, I got to thinking that this crazy foodie globetrotter isn't all that wrong.  Is the Mission really a “Mexican” neighborhood anymore?  Well, no.  At least, not if you look at the clientele almost every new business is targeting.  Sure, we still have murals, festivals, hot-dog carts, Spanish-speaking businesses, and, as the author put it, “it’s still possible to get a great burrito in The Mission.”  But things are “definitely changing.”

Does this mean The Mission has graduated from “Latino/hipster neighborhood” to “urban 'suburb'”, adding another chapter to its Native American villages/settler farmland/industrial center/Irish-German neighborhood history?  Perhaps it's too soon for that (I mean, we still have places like The Roxie and Bender's and Clooney's and Casa Sanchez punk nights and art collectives, right?), but this is increasingly how the outside world perceives us.

You see what you seek out. Criticism is autobiography.

The article seems pretty spot on.

The inhabitants have noticed the changes. It’s the newcomers who don’t realize what they are.

I don’t want to split hairs… But it should probably be “Latino neighborhood” and “hipster neighborhood/urban suburb.”

This priced out, newcomers pushing out long-timers, gentrification thing has been going on for at least since the early 90’s. Seriously.

The only time in the last 50 years when it wasn’t EXACTLY the same conversation as now, was in the 1970’s with white flight to the suburbs; when whole neighborhoods (I’m looking at you Upper and Lower Haight) when to shit.

And I dig the comment:
Honest question: how are you being priced out of a rent-controlled apartment?

the city is expensive, and the job market is crazy over saturated and competitive. i always had to have roommates, and i never paid less than 500-600 which was often over half of what i could earn working entry level jobs, many of which only offer part time and often i’d end up table scoring burrito butts on the way home from work just so i could eat …. that was 5 years ago.
i don’t feel passionately enough to have an east bay vs sf debate, but i will say that the vast majority of the folks i met in sf 10 years ago have moved to oakland or fruitvale, and my favorite parts of the underground music/art scene seem to have followed suit. when i go to sf the most i usually end up doing is hang out in a park with a friend or go on a walk because thats all i can afford… and i dont have a kid or anything! i can only imagine what it would be like to be a single mother what with all the expenses that go along with that…

one thing is for sure, the mission (valencia st. in particular) is not a latino neighborhood.
in fact, the whole damn city is not as diverse as people assume it to be.
when i walk by all the bars/restaurants in the mission, full of homogenous white people.
look around and you’ll see it, too.

if you can’t find a place with drinks under $12, you need to stop drinking in resturants and start drinking in bars…..

I used live in a 4 bedroom flat in the mission in the late 80s early 90s and the entire rent was $825.
My room cost $225, and it was big, a nice spacious victorian.
I rarely even get to the mission anymore, it really makes me sad. The new demographic of people there dont seem to bring anything but high rents, no interesting foreign culture, no dropout dissident perspective, no controversy, no struggle, no nothing but just a bunch of rich white people with no interest in the neighborhood or its vibrant culture of resistance. Its sad. I give up. But maybe if someone flattened a few tires on those google busses……

Rents never really went down after the first dot bomb boom and bust. Maybe a little but not to pre-boom rates. Tack on another and this is going to be the time when we lose more people and replace them with more transplants and we lose the Purple Onion, Tosca and more.

I guess that’s cool if you like suburbia by the sea!

one other question - when people move to Oakland, where in Oakland do they go? any particular neighborhood? They can’t all be going to Rockridge.