Stand-up Comedy and Bottomless PBR Returns to the Roxie Next Tuesday! 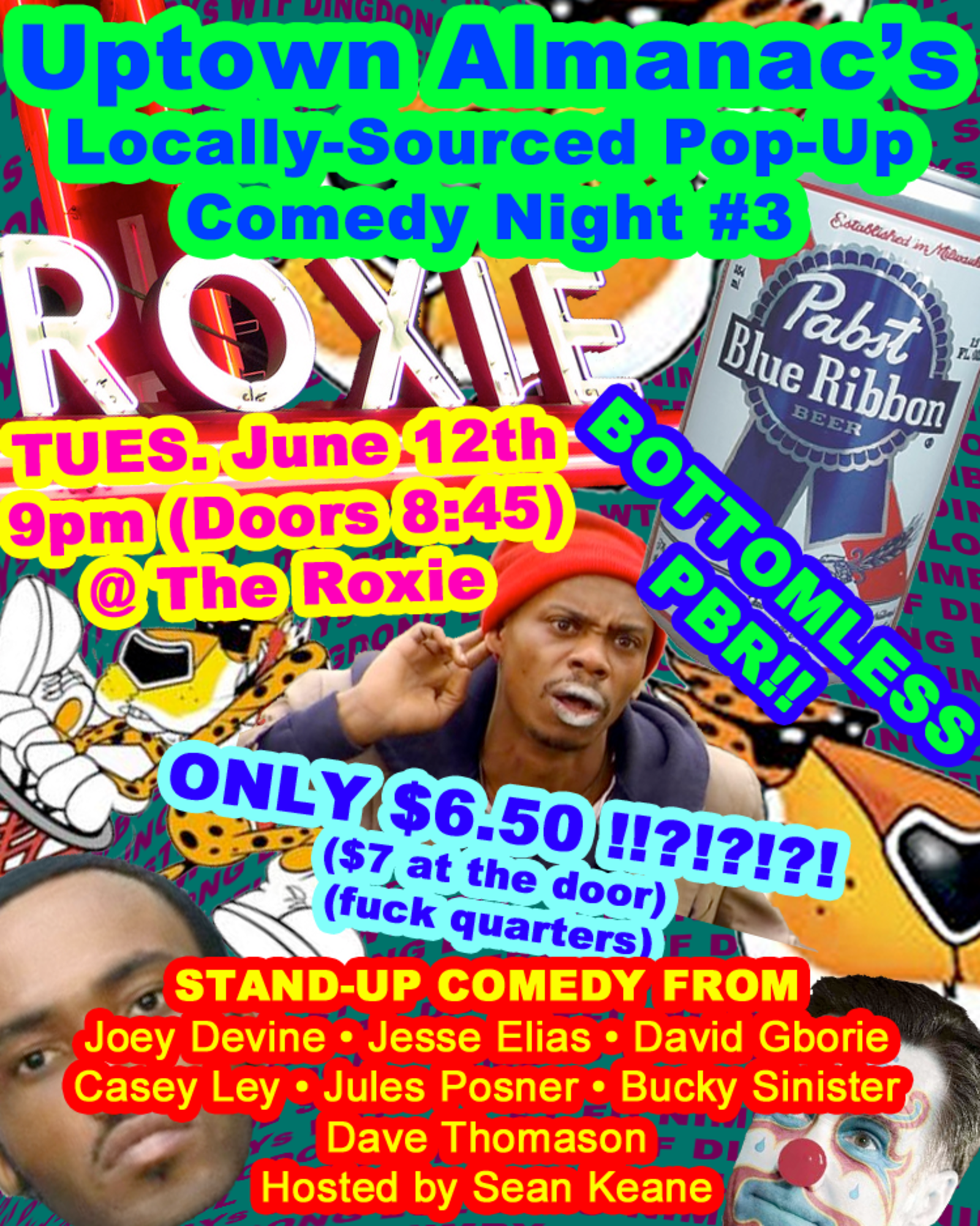 After two slammin' comedy parties at The Roxie last summer, we all thought it would be a good idea to bring back the Locally-Source Pop-Up Comedy Night back to the Roxie for a third round.  And that's exactly what we're doing.  8 of our favorite local comics and 8,640 ounces of cold beer kindly furnished by Pabst Blue Ribbon.

In summary:
Tuesday, June 12th at 8:45 @ The Roxie [3117 16th Street and Valencia]
Tickets [$6.50] are on sale right now (you can try to win a pair over at FunCheap)
GETTING FUCKING DRUNK INCLUDED IN YOUR TICKET PRICE
Here's who'll be up on stage:

And Sean Keane (member of The Business, past contributor to McSweeney's and ESPN the Magazine, columnist for the East Bay Express) is back to host!

Best shine up my dentures and get my fedora out of hock, then. Sounds like a partay!

Can I still go in after 9pm?