Around 4pm yesterday, a washed-up William H. Macy-looking character decided he was 'sick and tired' of big bank's corporate greed and jumped in front of a southbound BART train, somehow not getting hit by it.  So, with his fragile life intact, he went on ranting and apologizing for making people late for a solid 5 minutes before chillin' out with the third rail: 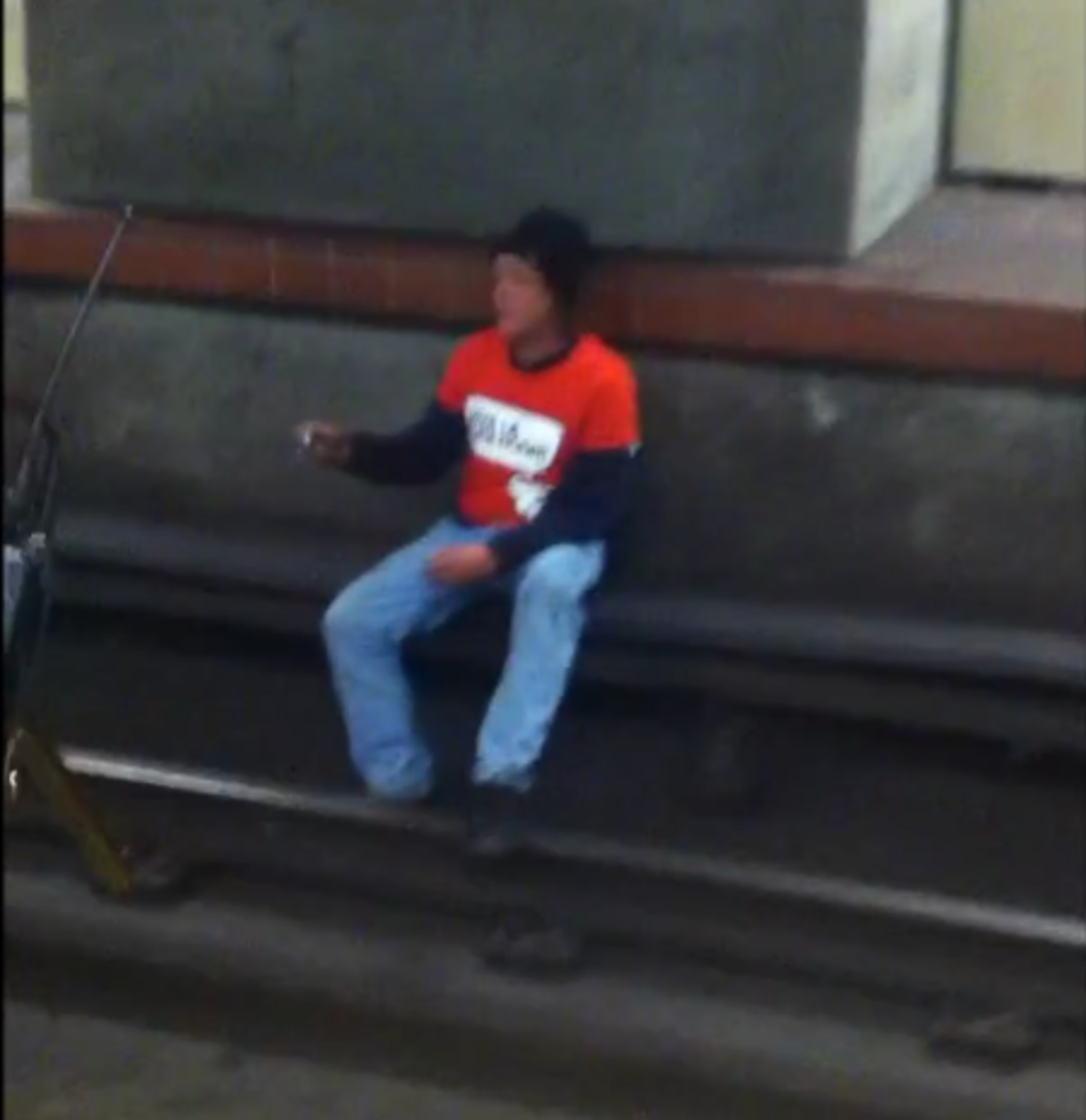 Admist all the excitement, the notoriously trigger-happy BART PD deployed a shotgun-equiped army to deal with the situation.  And deal with it they did.  Eventually pulling the guy off the tracks, cuffing him, and letting people make their boring journey down to Daly City. 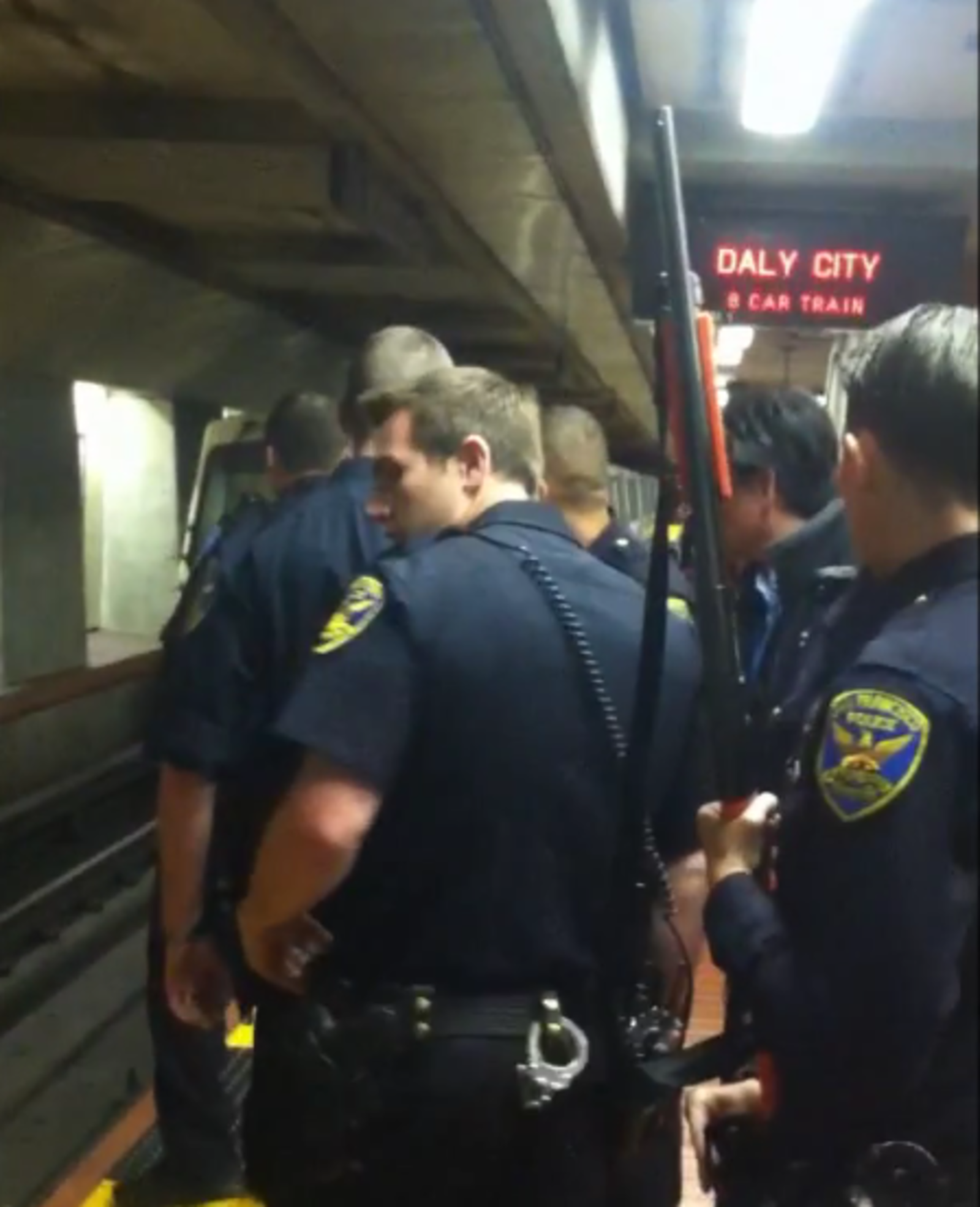 [Thanks for the heads up, Tuffy!]

the shotguns with red on them are bean bag shotguns. They are non lethal but will stop most people and knock the wind out of just about anyone.

Oh great, a new Occupy tactic to make the 99% even less interested.

He wasn’t an Occupy protester, he was a mentally ill homeless dude.

(a) There is no membership card for the Occupy movement. If the guy says that he’s part of it, he is. This would go into a category we call autonomous action. He may even have been testing the fence for future protest. He doesn’t seem terribly coherent, but the Occupy movement certainly welcomes the participation of people who are legitimately homeless and/or mentally ill. Why wouldn’t we? As for him being homeless, I read on SFist that one of the things he said was that he was tired of sleeping on the streets for the past six years.

(a) I’m pretty sure those are not less lethal shotguns. I don’t think that is “red” on them, I’m pretty sure those are wooden pieces. I’ve had quite a few less lethal shotguns pointed at me and brandished in my presence of late. Further, under federal guideliness, less lethal munitions are only authorized when an individual poses an immediate threat to another person, are not authorized as a tool of crowd control or of pursuit.

(c) Those are not BART PD brandishing shotguns, I don’t even see any BART PD present. If you ask me, that’s a pretty curious fact. What exactly are the BART PD good for, other than shooting people in the back, if they aren’t qualified to clear an individual from the tracks? I would prefer that each locale assign local police to protect the stations, than to have a substandard and violent police force created for them, but that isn’t the case.

the blog that deletes comments continues