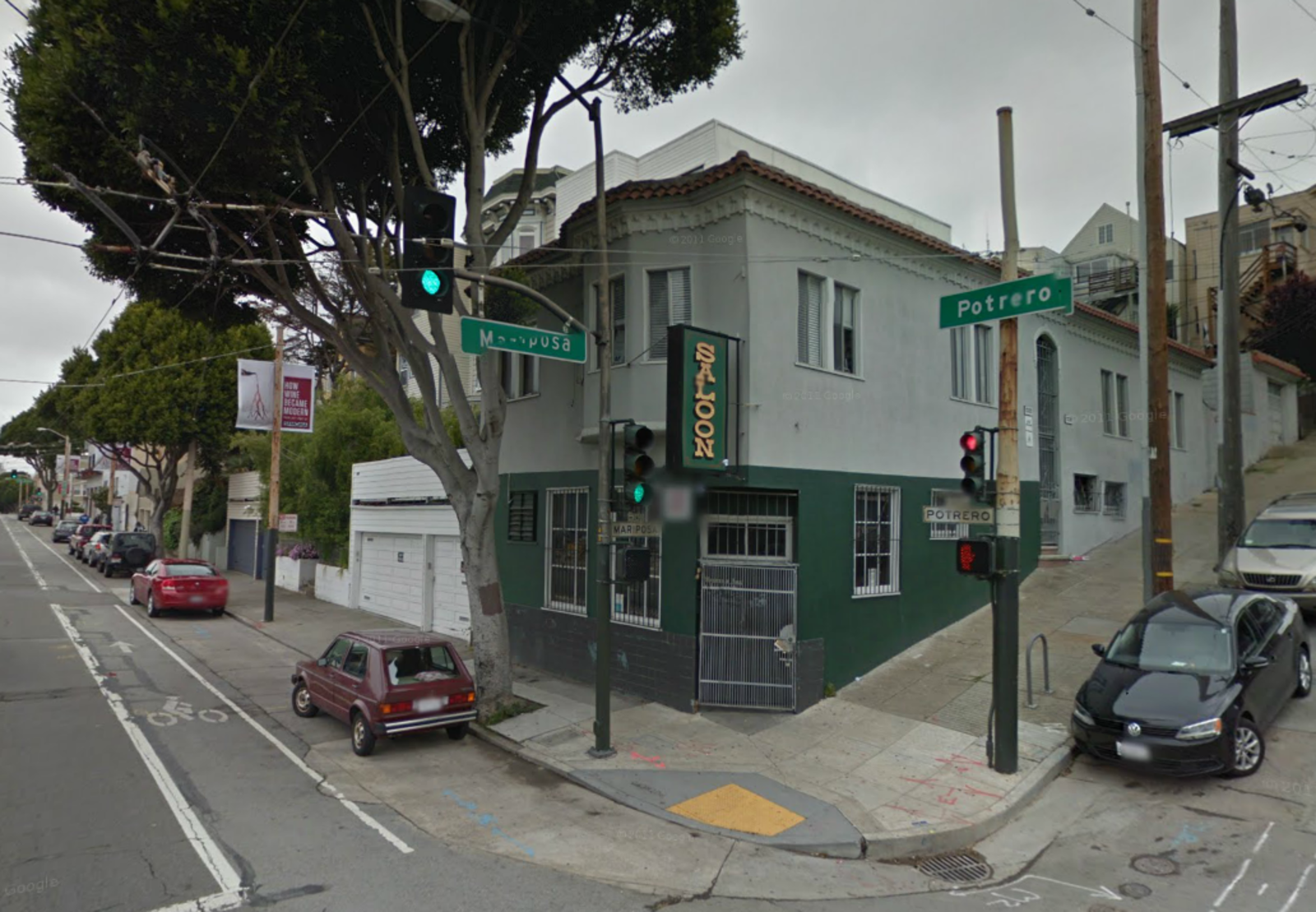 Our buddy, who was close to the deal, brings us word that beloved Potrero Ave dive Mission Hill Saloon has been purchased by Jay and Oliver of Dear Mom:

Bad news, or good news… I'm having a hard time deciding. The Saloon changed hands today. It'll be closed on Monday for remodeling. The buyers? Jay and Oliver of Dear Mom.

Mike, the previous owner of The Saloon, took a greater share of (silent) ownership of all Thieves bars in return. Now we can all celebrate (or mourn) the arrival of another official Thieves bar.

When I followed up for more details on the new bar, this is all I got back:

They're going to change much of the decor from what I gather. Redoing the bar and hopefully the bathrooms. Many of the bartenders will likely lose their jobs… Jay and Oliver will run it. I imagine it will be more like Dirty Thieves than Dear Mom.

Also, there's going to be a party Sunday night for anyone who loved it. I'm truly sad about the change of ownership. The Saloon was a true dive bar… it's gonna change forever.

Don't get me wrong, it's not hard for me to get behind an outing to Dear Mom.  But Mission Hill Saloon was one of the better dives in the hood: the drinks were cheap, the bartenders were awesome, the bathroom wall art was some of the best in town, the pool table was often free, annoying people generally didn't walk in the door, and it was one of the few places left where the bartenders would get so trashed that the customers had to take care of them.  It had real character (not to say Dear Mom doesn't, but it's undeniably different); one I can't imagine will remain.

What are these thieves bars? I mean, I get that Blind Cat and Dear Mom are two of them, but what’s the story behind the group?

Will they still have an open mic night? Think of the hipsters!

People are being sentimental about Mission Hill? I didn’t even know it wasn’t Sadie’s Flying Elephant anymore. Sheez, why not be nostalgic about something that happened this morning? “That bagel was sooo good a couple of hours ago…man. they really knew how to bake them 135 minutes ago!”

I love this bar strictly because of the location so I don’t really care who owns it! I do miss the popcorn machine and Visa (?) the bartender back when it was Sadie’s though…

The last spot north of Clooney’s that wasn’t infested with the stench of hipster.

bringing back the popcorn machine would be improvement #1, improvement #2 would be getting rid of that god-damned internet jukebox.

btw the story with the original popcorn machine is that it died. apparently these are hard to repair and harder to come by (one would think with all the movie theatre closings).. speaking from experience, you have to take those suckers apart twice a year for a deep clean, and give them a good scrubbing once a week and apparently no one had bothered to do that for years during the sadies reign..

the board games and the book exchange are the other two things i miss most about sadies, although MHS was starting to do a book swap.

food for the new owners’ thought.

That’s not the Mission

The Mission extends from the water to the crest of Twin Peaks. Everything else is just residual hipster imaginary real estate nomenclature.

This fucking sucks! Mission Hills Saloon was one of the few bars where you could escape the onslaught of Mission crowds (aka hipster douches), crappy DJ nights and still have a good time. The bar staff was also great, so the idea of all of them losing their jobs is pretty sad. Honestly, do we really need another cookie cutter Thieves bar with overpriced shitty food?

MHS also had the best variety of shot/beer combos in SF. If they get rid of that too, I won’t be setting foot in this place again.

So does this now make Thieves one of those chains that the city can restrain from propagating further?

WHERE DID THE NAME DEAR MOM COME FROM…..I OWNED THE ORIGINAL “DEAR MOM SALOON” IN EDGEWOOD MARYLAND…..OPENED IT IN 1974…..SINCE THEN I HAVE FOUND PUBS, BARS AND RESTARAUNTS TAKE ON THE NAME AND “FLAIR”

IT WAS ANYTHING BUT LOCAL…..IT DREW FROM NEIHBORING STATES AND WAS A FULL HOUSE EVERY DAY/NIGHT……WE SOLD 10 TO 22 KEGS OF BEER A NIGHT…….EVERY NIGHT WAS NEW YEAR’S EVE………STILL POSTED ON LINE ….JUST ENTER DEAR MOM SALOON, EDGEWOOD MD……….I HAD SOLD THE SALOON AT THE ORIGINAL DATE OF POSTING…….