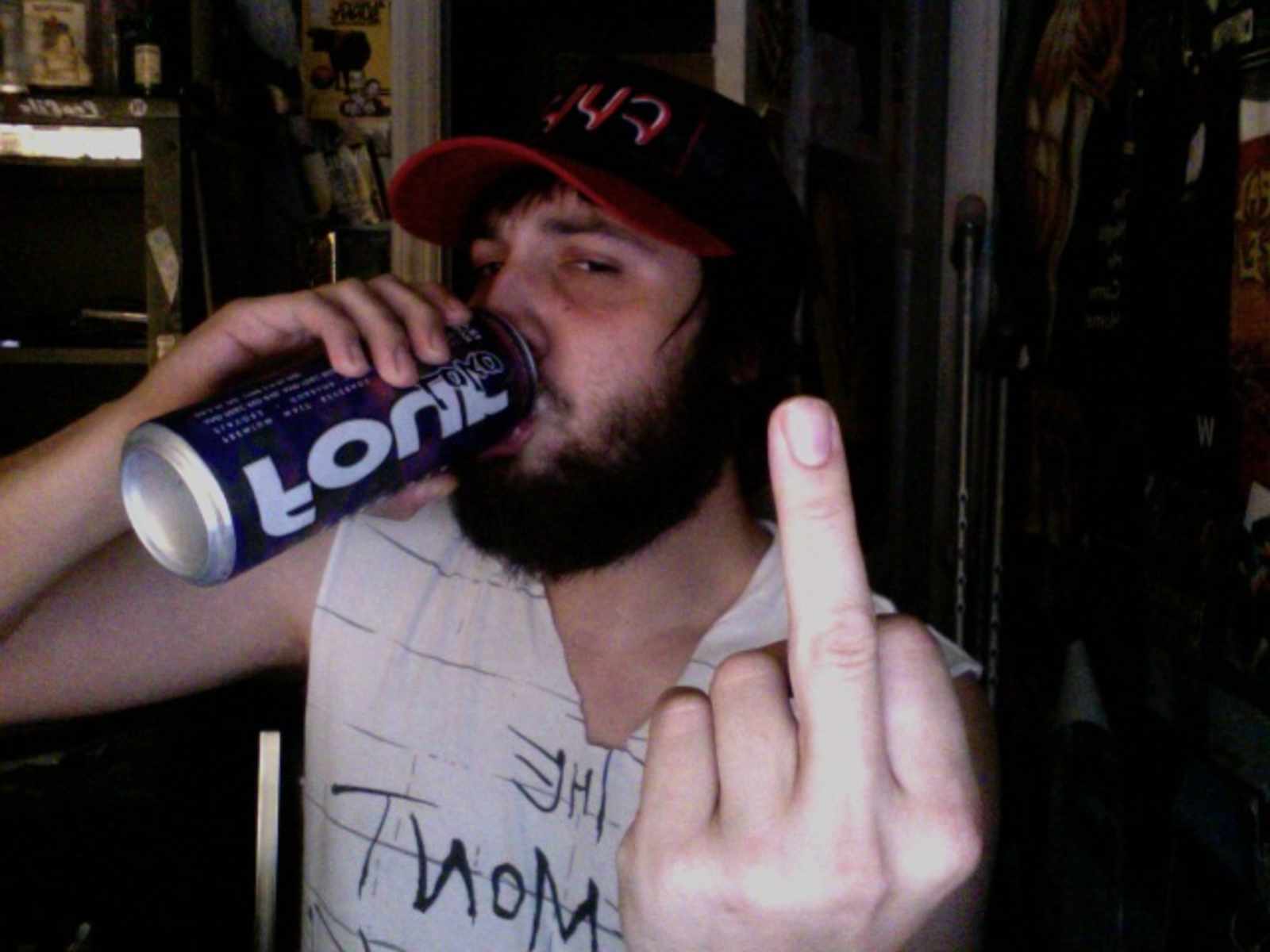 Remember the days of drinking Sparks in the mid-2000s? For less than two bucks, you could score a 16oz can of cracked-out coffee that was 7% alcohol.  Sure, it wasn’t enough to get you drunk on its own, but it was a great way to keep a party going or stealthily start drinking during class or at work.  Yeah, everyone had a few insane benders drinking the stuff and it sure was irresponsible to start drinking booze in front of customers at 6pm, but the boss didn’t care and the customers didn’t know it was malt liquor.  Like with any other type alcohol, we had a few hazy evenings and maybe puked on our neighbor’s stoop, but generally everything was fine.

But then something happened in 2007: a bunch of teetotalers in our own city of San Francisco started pressuring City Attorney Dennis Herrera to sue Sparks’ manufacturer MillerCoors for being “unsafe” and “marketing itself to children.”  A year later, MillerCoors announced caffeine would removed from Sparks and their sales predictably plummeted (let’s face it, no one drank the shit for the taste).  During a naive victory speech, Herrera lauded that the move would eliminate “85 percent of caffeine-spiked booze from the market.”

While Herrera and his allies recognized that what was drawing cool kids and partiers to Sparks was the caffeine, they failed to realize the opportunity that opened following MillerCoors’ decision.  After all, people love uppers while partying, be it booze and sugar, Red Bull and vodka, cocaine, snorting adderall or taking other pills.  With the pre-mixed caffeinated booze market wide open, Four came along and put a 24oz can that was 12% ABV on the market.

Perhaps inadvertently, the byproduct of banning one beverage forced the market to be dominated by something much worse (I’m talking taste as much as potency).  Putting back one can of Four Loko is the alcohol equivalent to drinking 5 cans of PBR (a 16oz Sparks, by comparison, only contained 1.98 cans of PBR).  Was this the direction that Dennis Herrera really wanted the alcohol industry to head in?  Probably not.

Now with ‘FOUR LOKO NAZI PEDOPHILE RAPE JUICE’ available “practically everywhere,” the media, predictably, got hysterical.  Even the quasi-hipster blog Mission Mission got into the mix, slamming the drink for being “marketed to kids.”  Some of the same groups that pushed to ban Sparks are pushing to ban Four Loko.  And to make the media sensationalism worse, some amateurs recently managed to get totally shitfaced and now the pattern repeats itself with the Washington Attorney General calling for a ban.

What’s the endgame?  Ban Four Loko?  They claim that the beverages are marketed to children because of their fruity flavors, but do not oppose “hard lemonade” or wine coolers.  Why not just force companies to make the packaging abundantly clear that it contains alcohol?  After all, It seems that taking down one brand only seems to leave “more dangerous” drinks in its place (in fact, the whole thing reads like the plot to Batman: he (Herrera) set out to take down petty crime (Sparks) and ended up creating The Joker (Four Loko)).  Plus, criminalizing an entire class of beverage sure does sound tricky. Hell, if we learned anything from prohibition or criminalizing weed, we can make it illegal for someone to put something in their body, but that won’t stop them from doing it.  There’s a reason people started making Sparks at home after it was banned.

I don’t think banning any drinks is a good idea. And if they told 4 Loko to put warning labels all over it it would probably have the same effect as it had when cigarettes were made to look like things only bad people used, kids wanted them more. They should keep making the same crap they always make. Hopefully people get support to be able to make good decisions overall about what they shove down their gullets and the actions they take while running the streets wildly inebriated.

The fact that the product exists does not seem like a problem to me. I do have a problem with the marketing though. If there are kids who don’t have the support to figure out how to make good decisions (and of course there are), at some point someone has to take responsibility. If the advertisers keep shouting “BUY ME!!!” in their face all the time, who is going to be responsible? It’s not an easy question.

There is a common problem that people behind the counter at bodegas don’t realize they are selling booze to minors (because it doesn’t look like alcohol) and the fact you can drink this in front of oblivious teachers for the same reason. Maybe the labels would help reduce that problem and, therefore, reduce the incentive to drink the stuff?

There’s a few problems here. One is that these 21st century crusaders don’t know what exactly it is they are “banning.” the State of CA also got in the “ban Sparks” business, but last I checked my local store still had them.

They can’t play up the alcohol content too much because federal regs prohibit it (the US doesn’t like the idea of promoting the content, fearful of some mythical “alcohol war” that would ensue in ads.) So making a point of it can’t happen (although in the way you suggest is actually a good idea)

The other problem is that making the distinction between products is haphazard. What is the difference between 4 Loco and one of those higher alcohol, “respectable” (ugh) Mikes Hard Lemonades and an energy shot?

The real solution is for parents to teach their kids that not everything in bright colors is for stupid kids. Seriously. And the marketing should be clearer that this junk is for adults, but that’s easy to regulate - we already do so with cigs, booze, and cars.

jagerbombs are wicked awesome. Somewhat related note, I came across this site I thought you may all be interested in: http://www.brobible.com/

If Four Loko gets the ban, I’ll have to go back to pouring Cisco into 40s when I’m in the mood to get outrageously drunk on something stupid, not to mention that a new flavor was just released and it’s fairly undisgusting. Fuck the whales, save the Loko!

Has any one ever seen any sort of marketing for Four Loko? I sure as shit haven’t.

@Mijo - Kevin showed us pics from the DP party they held.

Recently some kids in the Haight asked me to buy them some 4 Loko. I said no- not because I didn’t want to contribute to delinquency of minors, but because that shit is disgusting.

via @partypooped. also, Four Loko always reminds me of KevMo because the one and only time I ever had a sip of one, it was a warm one out of Kevin’s Timbuk2 bag on Tallboy Terrace. Memory: stained.

And then NY bans it.