Laugh to Keep from Crying 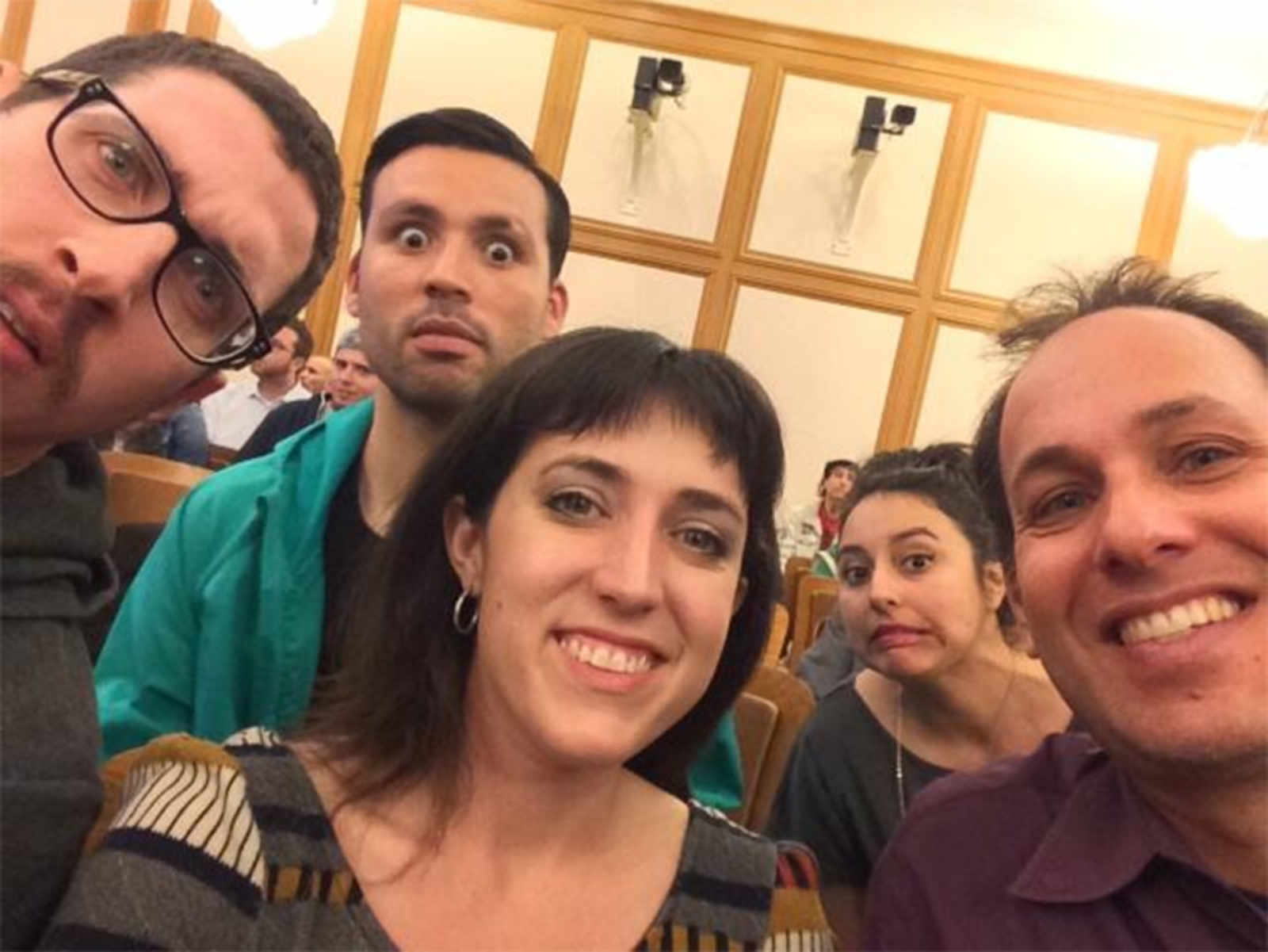 The usually sombre proceedings of the SF Board of Supervisors’ Land Use and Economic Development Committee meeting were livened up today by some of our favorite local comedians, who came to support a proposal requiring landlords to subsidize rents of evicted tenants for two years.

In the packed meeting room, The Anti-Eviction Mapping Project’s Erin McElroy presented some frightening numbers, including that of a survey of 171 people displaced by Ellis evictions, finding only 40 had managed to remain in the city. Later, the legendary humorist Marga Gomez spoke on behalf of the proposal. “I have been a renter since 1982. It’s my longest relationship.”

As for the headline set, Nato Green spoke on behalf of fellow small-time landlords, along with comedian renters Kate Willet, Matt Lieb, Nicole Calasich, Juan Medina and Sean Keane. “I can’t believe I have to follow that,” laughed the Tenants Union’s Ted Gullicksen, who took the microphone after Keane to reiterate the impact of evict-and-flip speculators.

Supervisor Jane Kim expressed her desire to see more comedians at meetings, since public comment offers everyone the opportunity to “wait a long time to speak for two minutes. And of course you won’t get paid.” Zing!

The committee will vote to send the bill to the full Board next week.

You can watch all the comments from the comedians below (be sure to catch Matt Lieb’s at 5:40 and Sean Keane’s at 10:00):

Having lived in San Francisco close to 25 years, I can say that whatever new laws these politicians come up with, they are guaranteed to make the situation worse.

these guys are  halerious and right on.  The law increasing the relocation payments for tenants being no fault evicted by the Ellis Act is a step in the right direction but not enough.

What happens after the 2 year subsidy is gone? Will the evicted tenants have completed their computer science degrees by then?

Landlords qualify tenants from their income, not a on a limited-time subsidy. This is just hush money. It won’t keep people in SF. Bye Bye suckers.

I think the point is to de-incentivize Ellis evictions.

Deep pocketed speculators won’t even blink an eye. They’ll just charge more for the TICs when they sell them. Get real.

Agreed that this is a drop in the bucket, since there’s no true removal of incentive, just cost increase. I guess it’s a step in the right direction, though.  Mark Leno and Ammiano’s proposed moratorium has more potential to make a real difference, but probably not in time for a friend’s 96-year-old neighbor that’s currently being evicted. 96.

In any case, this was some much-needed comic relief in a very serious topic.

Are any of these people even from the Mission?

I live in the Mission and have run a weekly show on Mission Street for the past five years. It’s every Wednesday at the Dark Room - check it out, scum!

Living in the Mission and being from the Mission are two different things. I will have to come by some time and check it out, thanks.

Great. So this becomes a marketing opportunity for you.

Why don’t we have economists instead of poets or comedians speaking about this?

Because almost all economists (including Paul Krugman) would tell you to get rid of rent control first.

One such method would be phase out rent control and to have some sort of “Rental Tax” which funds a means tested rental subsidy.

Alternatively, you could just take the long-term strategy of beefing up the public housing stock. If you think that some subset of housing should be protected from the arbitrary whims of the market, that’s at least a better way to do it than rent control.

I’d love to see Krugman do a stand up set.

Tenants that get evicted should be subsidized for as long as the landlord owns his tenant.  Fact.

Who will protect us now?  Certainly not these comedians who make a joke of a proposal about a 2 year subsidy.  Can most tenants afford to be subsidized for two years?  No.  Why not a five year subsidiy?

As long as his landlord “owns” his tenant? When did we repeal the 13th Amendment? (Fact?)

Lemme me get this straight. Long term hoarder…err….tenant is saving hundreds of dollars every month, as their rent is very low. And THEN they should get a fat check, just because the LL wants to get a normal market rent for their property?

don’t you dip sticks get it?  Rent control favors seniority, not an individual’s needs. I know numerous well off tech workers who have been renting in the mission for the past few years. Guess what, THEY get cheap rent too, even though they don’t need it.  So they have a financial incentive to keep their unit long term too, limiting turn over and hence limiting the number of units available for rent, which makes newly vacant units that much more expensive.  system.is.broken.