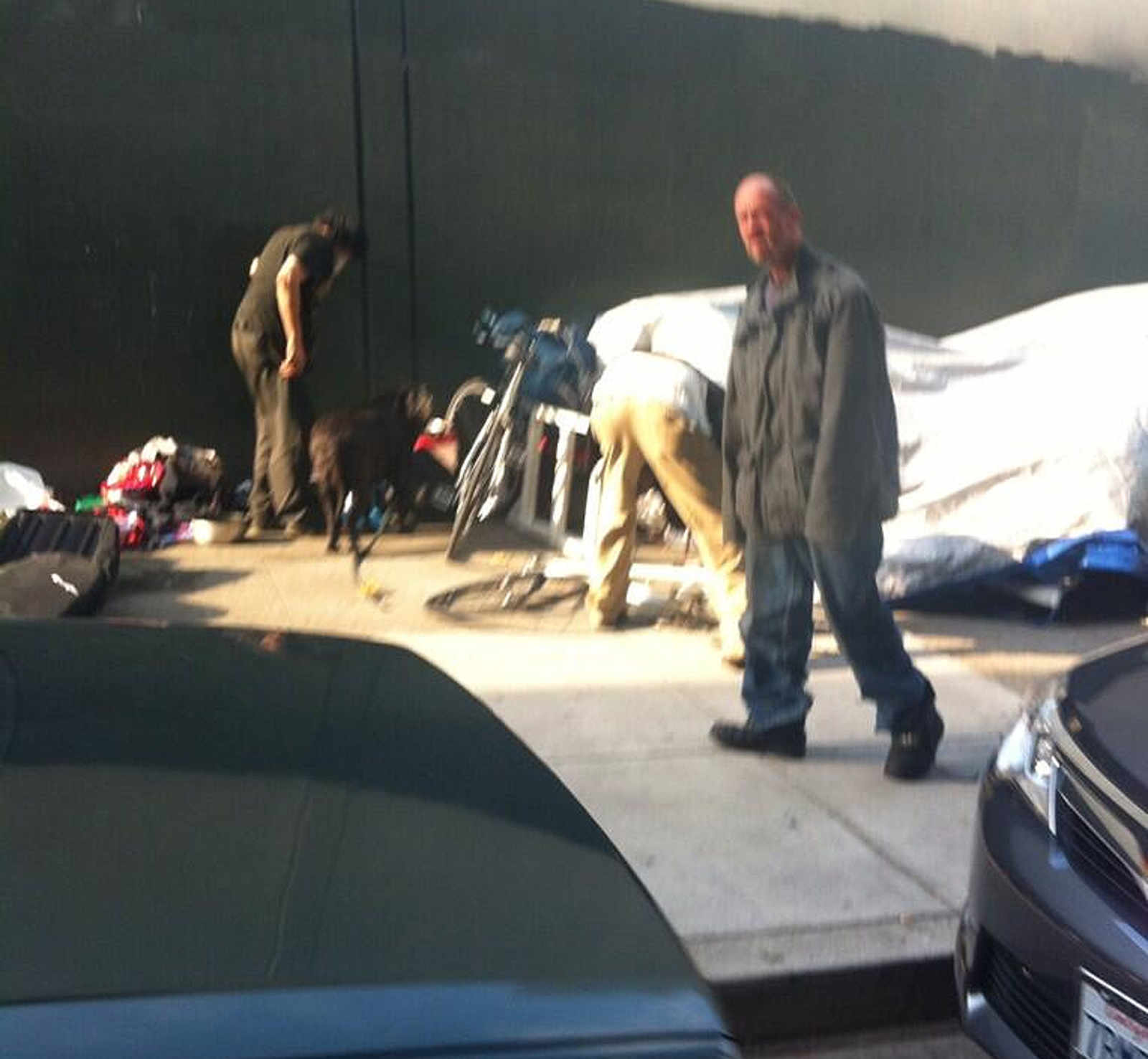 The stolen bike chop shop under the freeway: we've all seen it, we all hate it—and they've been operating in broad daylight with impunity for years.  Fortunately, thanks to Meredith Obendorfer and @SFPDBikeTheft, the operation has been (finally) taken down.

Meredith fills us in:

On my ride to work yesterday, I saw a bicycle “chop shop” in its usual operating spot along 13th Street [at Mission], underneath the freeway. Fired up by the recent theft of my beloved mountain bike, I stopped and pulled out my phone to take a picture of the scums at work. While it was a potentially dangerous situation, I figured… if they chase me, what are they going to do, outsprint me?

I snapped a couple photos, gave the guy yelling at me the middle finger, rode away and took to the Interwebs. I tweeted out a picture, notifying @SFPDBikeTheft (which as you might now, is manned by an SFPD officer who has been advocating for SF cyclists with stolen bicycles.)

By 6pm yesterday evening, I received the following tweets in return from @SFPDBikeTheft, as well as from SFPD Mission Station, informing me that the area had been cleared up:

Pretty rad, right? I think this shows that SFPD is doing something about the recent epidemic around bicycle theft and effectively engaging with the community via social media.

Don’t go patting the SFPD on the back yet:

Christ, what an asshole that Sergeant Richard Ernst is.

I wouldn’t be surprised if it’s just a matter of time until they show up again, that area is a magnet to vagrants. I’m super happy to see it cleaned up for now, though! Walking down 13th/Division is the fastest way from my house to Trader Joe’s, but I feel soooooo sketchy walking around the freeway beams, stepping over sleeping people and avoiding bicycle “mechanics” the whole way. I hope one day it won’t be like that.

Yeah, those cockroaches packed up and moved to the fountain area in the UN Plaza. So we shouldn’t start patting ourselves on the backs just yet.