Free Gold Watch: The Best Place In San Francisco Where No One Goes (Yet) 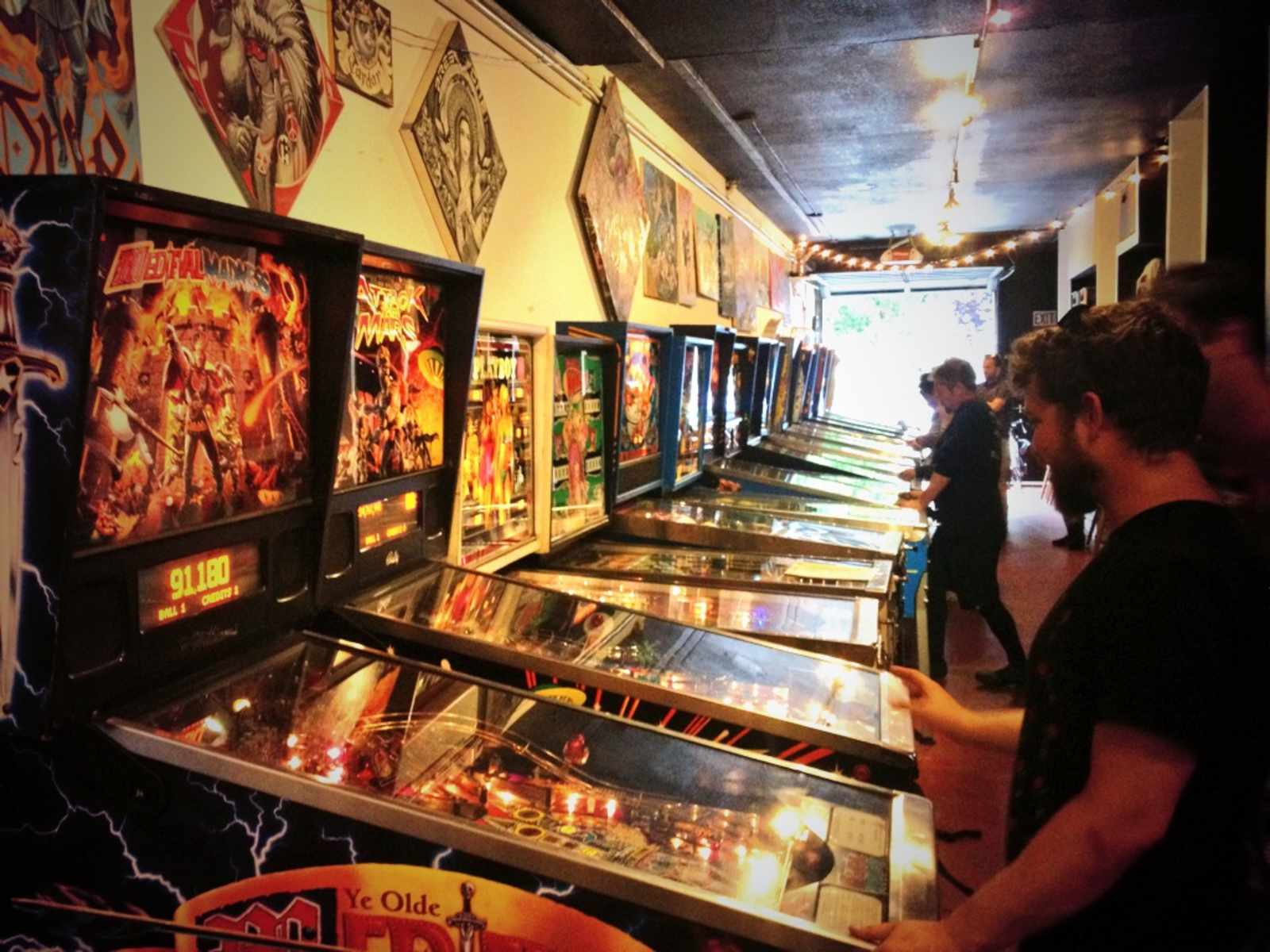 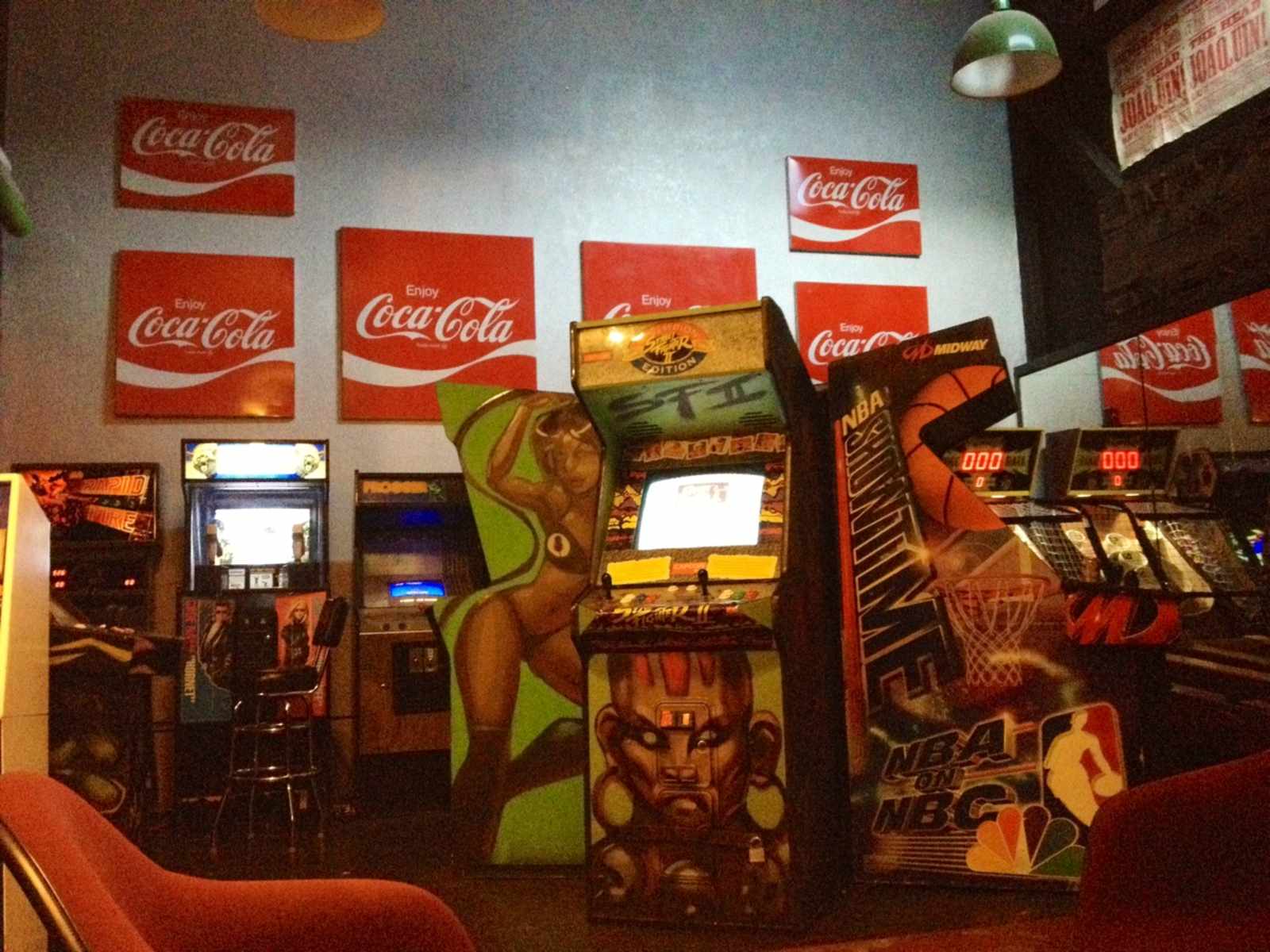 Upon first stumbling into Free Gold Watch, my friend Jon Skulski remarked, “No words. They should have sent a poet.”

That pretty much sums it up perfectly.  How'd we finally manage to get an arcade in a town which criminally lacks one? And how did this slip in undetected into the Haight, the crusty corpse of a neighborhood long written off as old hat?

The details aren't nearly as important as pure fact that they exist.  However, Free Gold Watch began modestly in 2006 as a simple silk screen print shop tucked away on 1767 Waller, but they always felt the space was poorly used.  They had a long, virtually idle hallway that served as a showroom leading to their workshop.  By all accounts, it wasn't particularly inviting.  So six months ago, they started adding some pinball machines.

The response to their first machines was so positive that they kept adding more.  Now that idle space is packed with 20 pinball machines, a skeeball ramp, Frogger, Street Fighter II, and a whole host of other arcade games, fueled by cheap, 50¢ games and a benevolent BYOB policy.

Truly, it's an oasis in the Upper Haight.

Fortunately, the world hasn't gotten the word yet, because multiple visits to Free Gold Watch have been met with few other people taking advantage of their setup.  But we're certain that won't last, and the folks behind FGW's arcade are already bracing for their expected popularity with an expansion at an undisclosed location that'll pack in 60 additional pinball machines.

So while your friends are celebrating America this weekend in some far-off exotic location like Discovery Bay, take advantage and squander your weekend away in the Haight.

Back in Dec of 2011, the Mrs was selling stuff at a holiday gift pop-up shop Free Gold Watch was putting on in conjunction w/DNA. They had a few pinball machines set up even then. looks like they’ve really expanded.

Well…. you may have just blown it up, hahaha.

shit, shows how long I’ve been in there. Last time I was there was to buy one of those Eazy E then I let the alpine play tshirts

“the Haight, the crusty corpse of a neighborhood long written off as old hat”

What? Screw you guys! No wonder San Francisco was just voted most stuck up city in the U.S., ya’ll are such haters!

Dude. You’re living in total denial if you think the upper haight is anything but that.

I ONLY HANG OUT IN HUNTERS POINT. IF ANY HATERS WANT TO STEP UP I WILL SUPLEX THEM.

Thanks for writing about FGW. I think this place has long been a great addition to the neighborhood, but just hasn’t gotten the recognition.

Upper Haight is totally lame. There’s no easily-accessible dominant style that everyone can access to feel part of the vanguard culture. Colored sunglasses, wolf shirts, Pete Wentz skinnypants, whatever the Missionites are wearing now… There are also no real restaurants/ places that merit standing in line for an hour, so use of your free time will rarely be validated.

Did you hear that DoLO has a new find your friends app??!! OMG Awesome. Stay in the Mission, assclowns

Awesome spin on the lack of decent restaurants. The upper haight is best described as a crappy tourist trap where the disappearance of the middle class is illustrated by the collision of homelessness and affluence.
The main thing it’s got going for it is it’s proximity to Golden Gate Park.

I used to go to All You Knead for lunkfast with some regularity, and it was awesome. Have they gone downhill?

Last time I was at All You Knead they must’ve put a pint of sour cream on top of whatever it was I ordered. They’re shuttered for the time being.
http://uppercasing.com/2013/07/all-you-knead.html#more-3046

Ohhhh, that does NOT bode well. Bummer.

all you knead is gone, baby.

Is this a food blog now? Or do you acquiesce to the giant dooshquake that is the Mission while arguing for its cuilary superiority (I concede)?

But what about all the people that stand in line for the Pork Store?

I have received extremely good customer care at PP Pass. You’d never get that at the head shops in the Mission. Better selection up there too and less flooding.