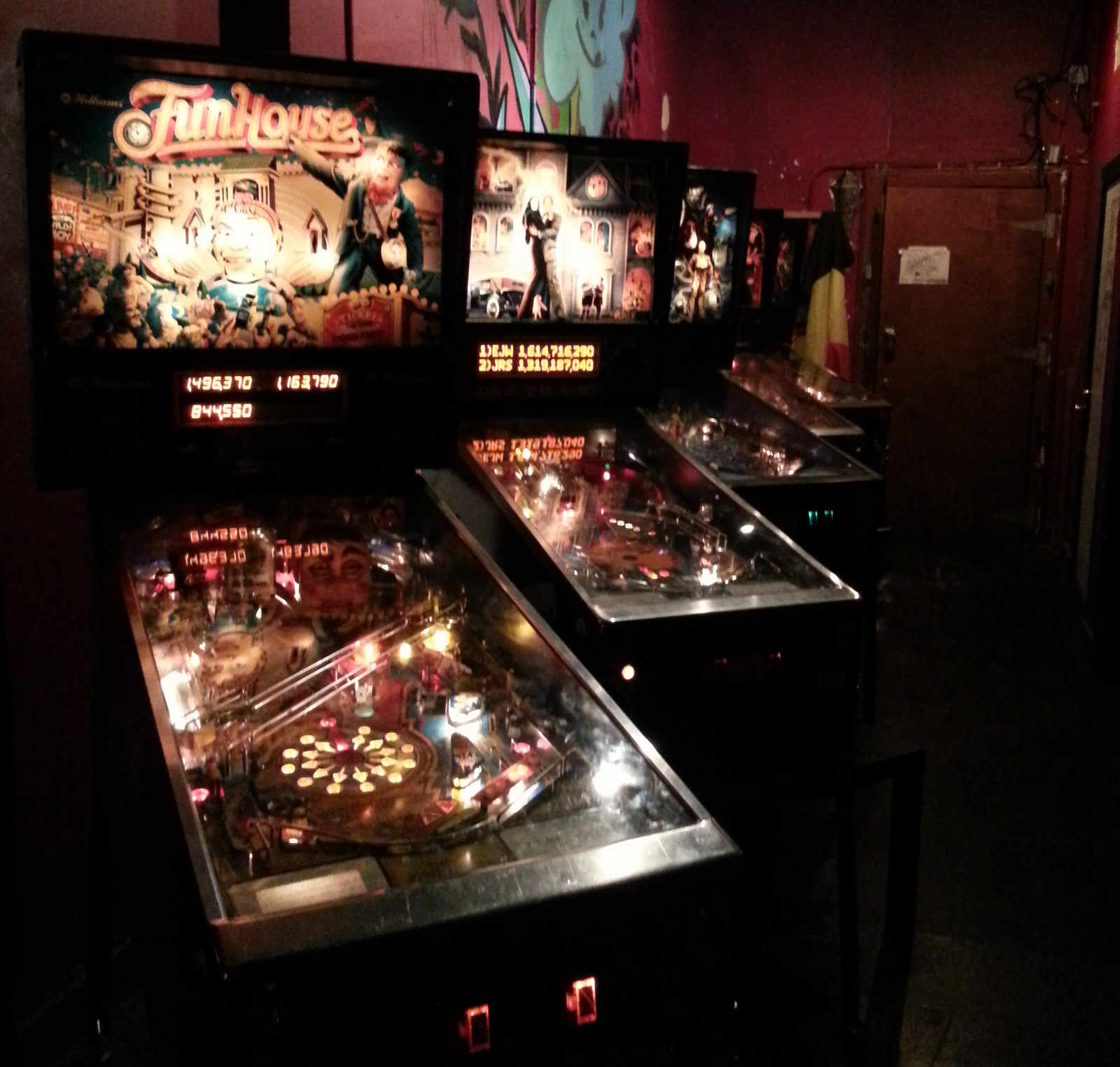 When I was up in Seattle for a long weekend recently, I inadvertently squandered far too many hours in a flawlessly shitty dive by the name of Shorty's.  For those of you that are unfamiliar, Shorty's has seemed to amass a Zeitgeist-like popularity up there, and for good reason: its walls are lined with arcade games and amusement park oddities, and they have an entire back room dedicated to pinball (15 machines in all). Plus, drinks are priced the way drinks should be priced (cheap) and they serve above gas station-quality hot dogs.  You know, the stuff good bars are made of.

So when I say I “squandered” too many hours there, that's not to say that Shorty's wasn't worth the time, because it most certainly was and is.  But it was my first time ever in Seattle and I had planned on seeing as much as I could, not blowing the better part of a Friday night feeding quarters to decades-old machines in the mixed company of yuppies and drug addicts.  So when I went to cash my second ten dollar bill in for quarters, I couldn't help but feel my attraction to this place was less about what Shorty's does well, but more about what San Francisco doesn't do at all.

For all the things we get right, our bars have become awfully dull and monotonous.  The industry spends so much time differentiating between cocktail menus and light fixtures that bar owners seemed to forget how to make their places fun.  Besides ordering sillypants drinks like a “gently bound”, we're lucky if a bar has anything besides a single pool table/pinball machine, (internet) jukebox, and an occasionally functional ATM.  Darts?  Hardly.  Events? Rarely. Mini-golf course?  Forget it.

So as that Friday night in Shorty's grew old and my index fingers tired, I got the most serendipitously perfect text from my friend Erika: the above photo with the message, “Gestalt debuted an arsenal of pinball machines. 5 total.”

Now, obviously, Gestalt isn't Shorty's.  At least not yet.  But, they sell cheap beer and sausages, which is basically an upscale take on the hot dog, and are making a legitimate attempt to open a mini-arcade in a bar.  Plus, all their equipment actually works, which is more rare than you'd think in this town.

As the bartender told me on my third visit in two weeks, “We're hoping Gestalt becomes a place people come to play games.”  Then he got someone to cover the bar so he could indulge in a round on Funhouse.

So far, the response to the shift has been so strong that they're already looking for more games to fill the place with.  And let's hope it keeps that way, if only so the next time I'm in Seattle I can stand in line for 2 hours at the first ever Starbucks or something.

I haven’t been to Gestalt in ages, I’ll have to go check it out!

This city needs an arcade.

There’s the Musee Mecanique, but since they moved it means you have to deal with the tourist shitshow that is Fisherman’s Wharf to go there.

Also they don’t have booze. Don’t get me wrong, I love the place, but video games are far more challenging after a few shots.

I don’t understand why this hasn’t happened yet. Maybe after it shows up in a Portlandia episode.

Yeah, the existence of Barcade has been one of my favorite things about Williamsburg. All the games cost a quarter, too.

Go check out some of the 24 hr mega-arcades in tokyo. Some have entire floors dedicated to just one type of game, plus booze and smoking. It’s ridiculously awesome.

The nice thing about the Mecanique, they’re fastidious about maintaing their machines in good working order. With so many vintage machines, keeping them up is an art form and passion. That sentiment has been handed down to the son who runs the places now. I’ve never seen more responsive flippers on an Addam’s Family pinball. Will get my quarters anytime.

This is good news. If youre desiring a joystick out near the Financial district make your way to Bonkers on Pine at Kearny. Bring a flask of something strong and fun will be had.

What! But they were so profitable.

AMERICAN TRIPPS- Your argument is invalid.

Shorty’s is great. I’m glad it is still around - the neighborhood it’s in has been completely transformed from a low rent series of offices and industrial buildings into condo-land. Most of the clubs and bars from the grunge era are long gone.

The important questions: how much do they cost per play, and how many balls do you get?

$0.75/5 balls a play. Some machines give you 3 credits for $2 (I believe Theater of Magic or Medieval Madness doesn’t).

Or you can go to Free Gold Watch in Upper Haight and play pinball all day for only .25 a game, they have ten pinball tables, 5 vintage video game cabinets, skeeball, and ping pong: http://www.freegoldwatch.com
(there is no bar though)

I stopped going to Gestalt because I’m not a fan of people on heroin preparing my food. Did the crack smoking owner and his junkie minions finally sober up/get thrown out of there? I’d love to start going back.

A friend got jumped by four dudes last night while riding home from Gestalt after many hours playing Addams Family. He was stopped at a light and they beat the shit out of him, broke his nose and stole his bike. This was on Geary, so technically out of your jurisdiction I suppose. Is there a Richmond District blog where I might post info? At least maybe put people on the look out for the bike…. (I know – the bike won’t still be in the Richmond.)