Long Proposed Skatepark and Dogpark Behind Zeitgeist Is Moving Forward 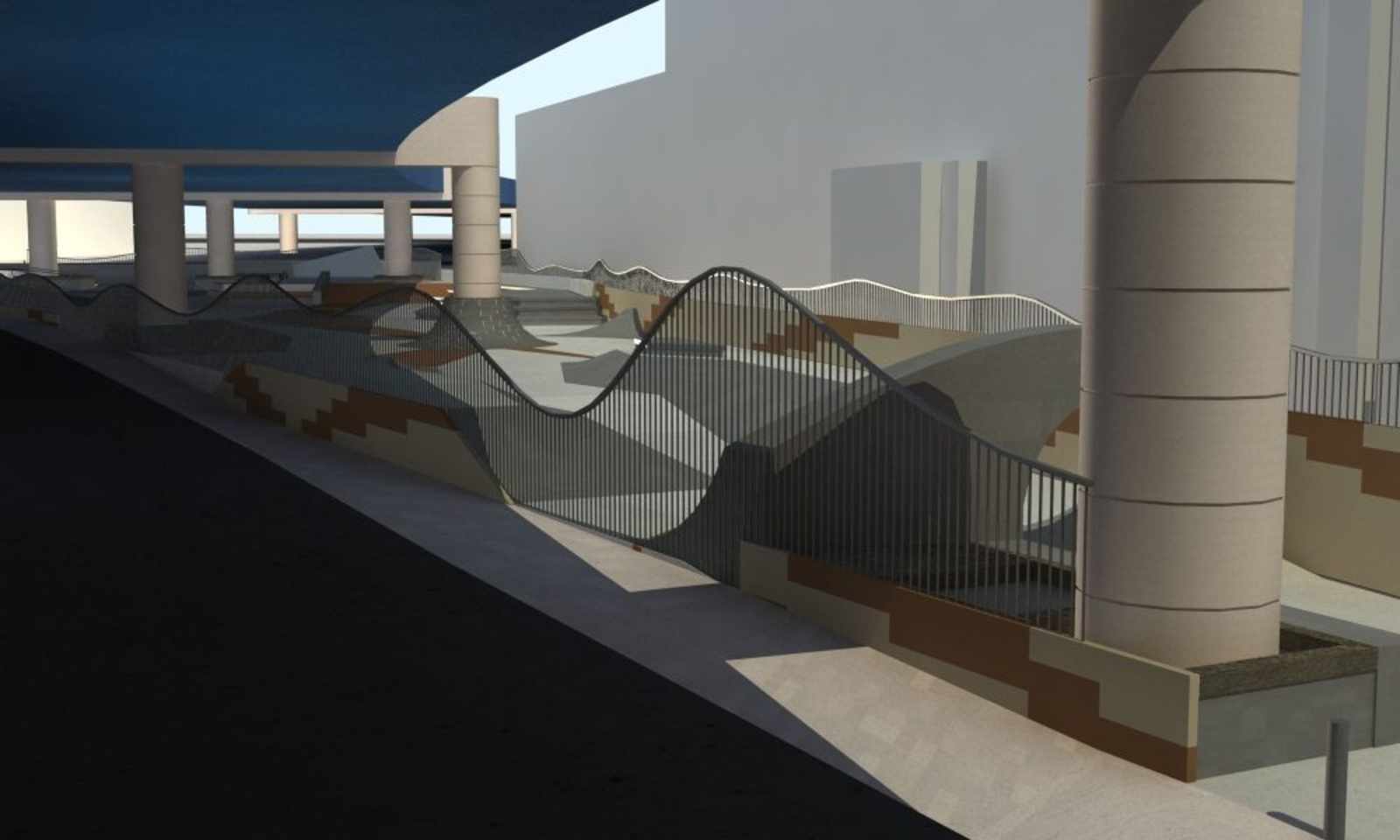 The city has been threatening to build a combination skate and dog park behind Zeitgeist for the better half of forever, and now it looks like it's finally happening.  Yesterday, the Board of Supervisors approved Jane Kim's resolution to pay the park's $10,000/month rent for the next 20 years, clearing the final bureaucratic hurdle to building the park.

Here's how the final proposal for the forthcoming (and unfortunately named) SoMa West Skate Park and Dog Play Area:

Located at the corner of Duboce and Stevenson in Downtown San Francisco, the soon to be constructed SoMa Skate Plaza embodies the culmination of over two years of planning and coordination between the local skate community, Civic and State Government agencies and members of our international consulting team. The plaza offers an expansive combination of features inspired by local spots such as Channel Street, 3 up 3 down, and the iconic Justin Herman Plaza - resulting in unique world class urban skate destination with an unmistakable San Francisco feel.

And here's how Bryan Hornbeck of the SF Skateboarding Assocaition described the park to The Examiner:

The park will have banked ledges, stairs, rails and rolling ramps that skateboarders of all skills can use. Unlike the other four skate parks in The City, the new site will be well-lit and have supervision and rules against BMX riders using the equipment.

Now with the land secure, the dog and skateboard park (and, hopefully, a dog on skateboard park) could break ground as soon as this summer, which the opening date scheduled for March 2014.

They needed an international consulting team for this?

Good thing those god-damn BMXer’s aren’t gonna be allowed in. Wreak havoc on the place. Mother-fucker please. What is this 2002?

“No BMX” is the new “No Skateboarding”

Are the dog play area and skate area the same area? Does anyone else think this sounds dangerous for both dogs and skaters?

But just fine for the chillest animals of all time, SKATER DOGS.

Channel Street is not a “local spot” it’s in Long Beach. Can’t wait to see how well “supervision” goes over with the type of crowd (street skaters) this is going to attract—there are few things worse than making people wear helmets at a “street skatepark”…. However, the proximity to Zeitgeist will increase the Mic-e Reyes sightings, so there’s that.

I’ll obey the no-BMX rule whenever the skateboarders obey the “helmets required” rule.