Third Eye Blind on the Status of Valencia Street 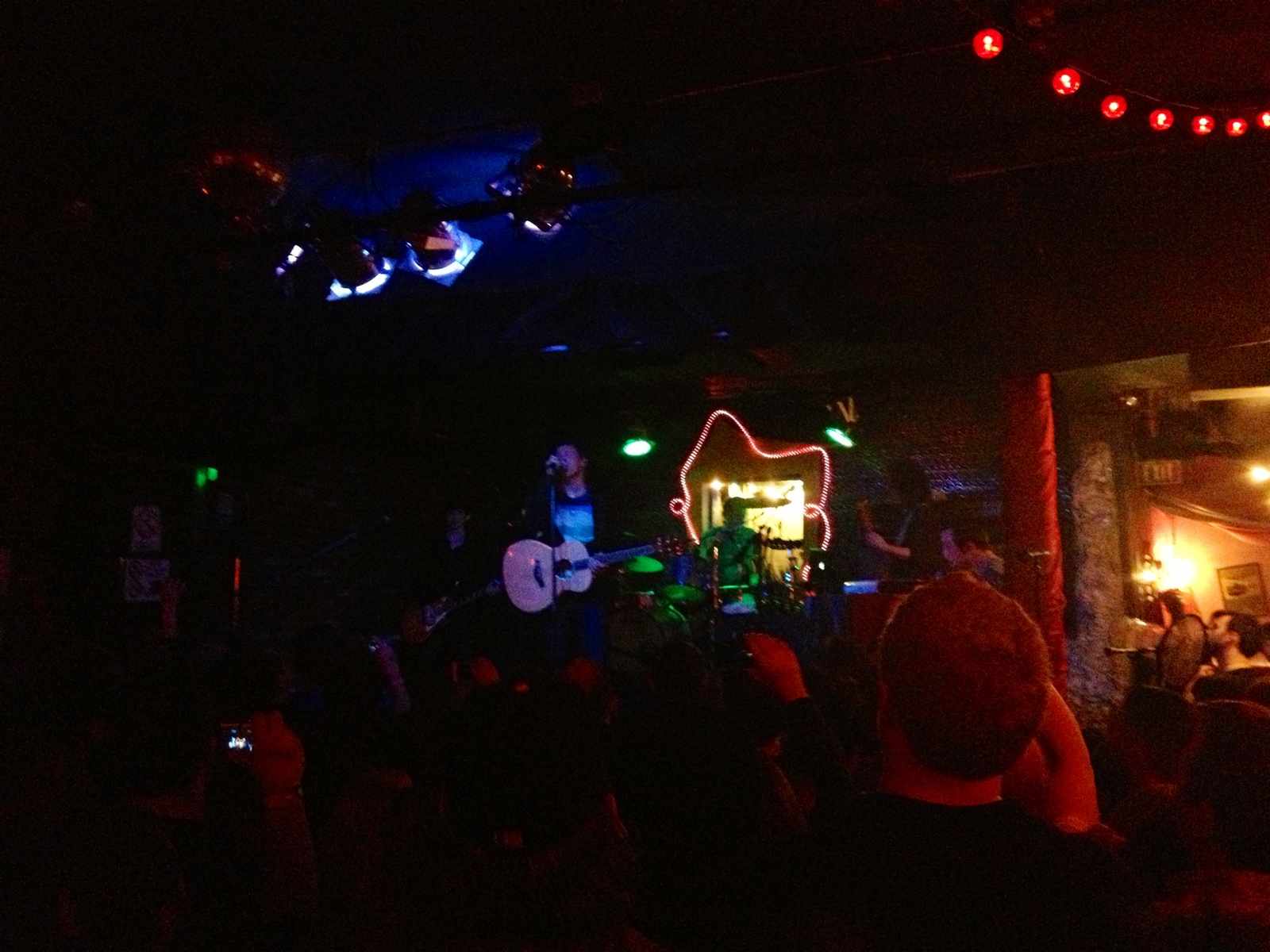 Evidence as to why I should be banned from photographing concerts.

Because I've long aspired to be a 28-year-old man at a Third Eye Blind concert, I attended their semi-secret “urban disruptor mechanism“-transported gig last night at Bottom of the Hill.  The show itself was definitely a music concert, and the sea of people who hit puberty around 1997 were thrilled for what seemed to be a once-in-a-lifetime experience to hometown big name perform in a local small venue.  But the real hit happened when lead singer Stephan Jenkins—wearing the same flag-patched leather jacket he wore 16 years ago—shared his thoughts on Valencia Street between songs:

“We're right at that moment before Valencia turns to complete shit.”

Damn, pretty rough call from the guys that filmed the video for their breakout hit in front of Boogaloo's.

Second-worst band to come out of Palo Alto.

I have very few opinions on music in which I am truly confident, but one them is this: Third Eye Blind has always sucked.

Way to miss the point, tastemakers

He’s right about Valencia but it’s not like it’s news or anything.

Besides, we’re talking about the Nickelback of the 90’s here. That’s the real point.

I thought Matchbox 20 was the Nickelback of the 90s.

Branch out. They sound like novices. Look at some places on Mission and the numbered streets. This is still a kicking neighborhood, and that some people drop some xtra cash has its good side.

I met Jello Biafra, and you sir, are no Jello Biafra. (Also Third Eye Blind fans might actually be the cause of Valencia’s problems).

I am so stoked right now because I know these guys have a serious earworm hit or two that my sadistic brain would normally be broadcasting on a loop over and over just from reading this article. But try as it might, it can’t remember any of them. Doing all those drugs when I was younger finally pays off!

But seriously. Homeboy is right about Valencia Street.

You are correct SIR!!!

As a resident of the 24th street corridor, you are right. The change will accelerate quickly now.

Ahh, I guess this comment makes him edgy, as he embraces counterculture and takes a stand against the mainstream. Is that right Third Eye Blind?

No, the 24th street corridor got gentrified back in 1995, and valencia st has been gentrified ever since valencia street cycles was put in in 1985. Your perspective is so unbelievably skewed because you’re all just poser faggots.