For those with a fond memory of 90s pop music, Sunday marked the 15th anniversary of the release of alternative boy band Third Eye Blind's epic jam “Semi-Charmed Life.”  And an epic jam at that.  For many, the song marked the first opportunity for our bad young selves to con our oblivious parents into letting us buy a deceptively dark album because it sounded innocent. For others, an exemplary lurid journey into the fanciful whimsy of drug abuse.

However, ignoring the grim reality that this song is now fifteen-fucking-years-old (and that I actually know what day of the year it was released), its music video is of some serious San Francisco historical significance, as nearly all of it was filmed in the Mission and Dogpatch.

See, the summer of 1997 was a different time in the Mission.  Before all the tech industry types and foodies moved in, before the divisive and tumultuous years of anti-gentrification riots, the Mission was a lovely neighborhood exclusively populated by Latinos and happy-go-lucky tweakers.  And, lucky for us, four of those happy-go-lucky Jesse Pinkman's went on to sell millions of records and indirectly film a video for us neighborhood types to enjoy today.

Sadly, like so many other artifacts from our digital youth, no good copy of this music video exists on the internet, so we'll have to settle for the pixelated blur embedded above. 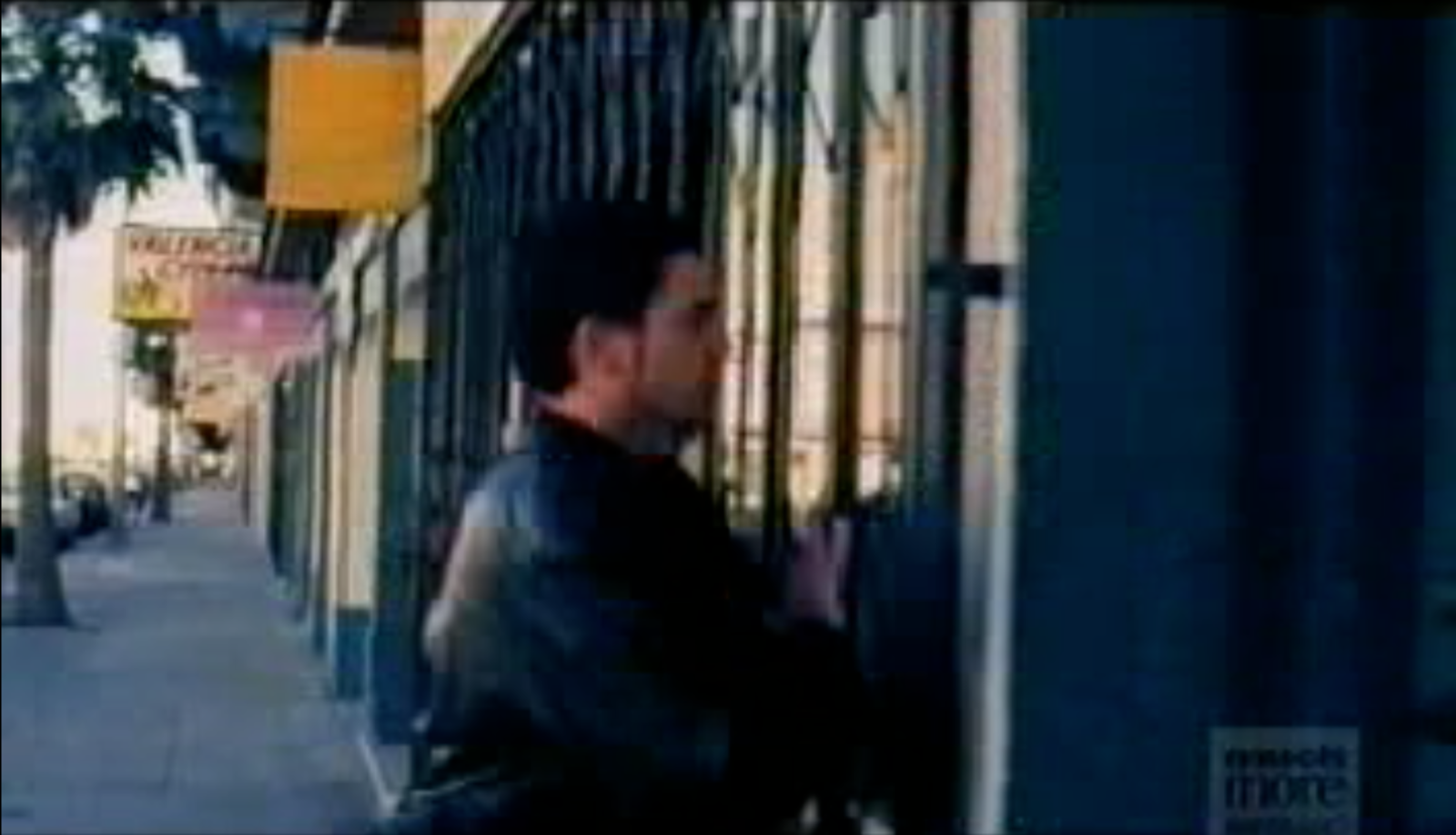 After riding around the Dogpatch on scooters, lead singer Stephan Jenkins angrily stomps down Valencia Street past Valencia Cyclery, punching a wall for no apparent reason. 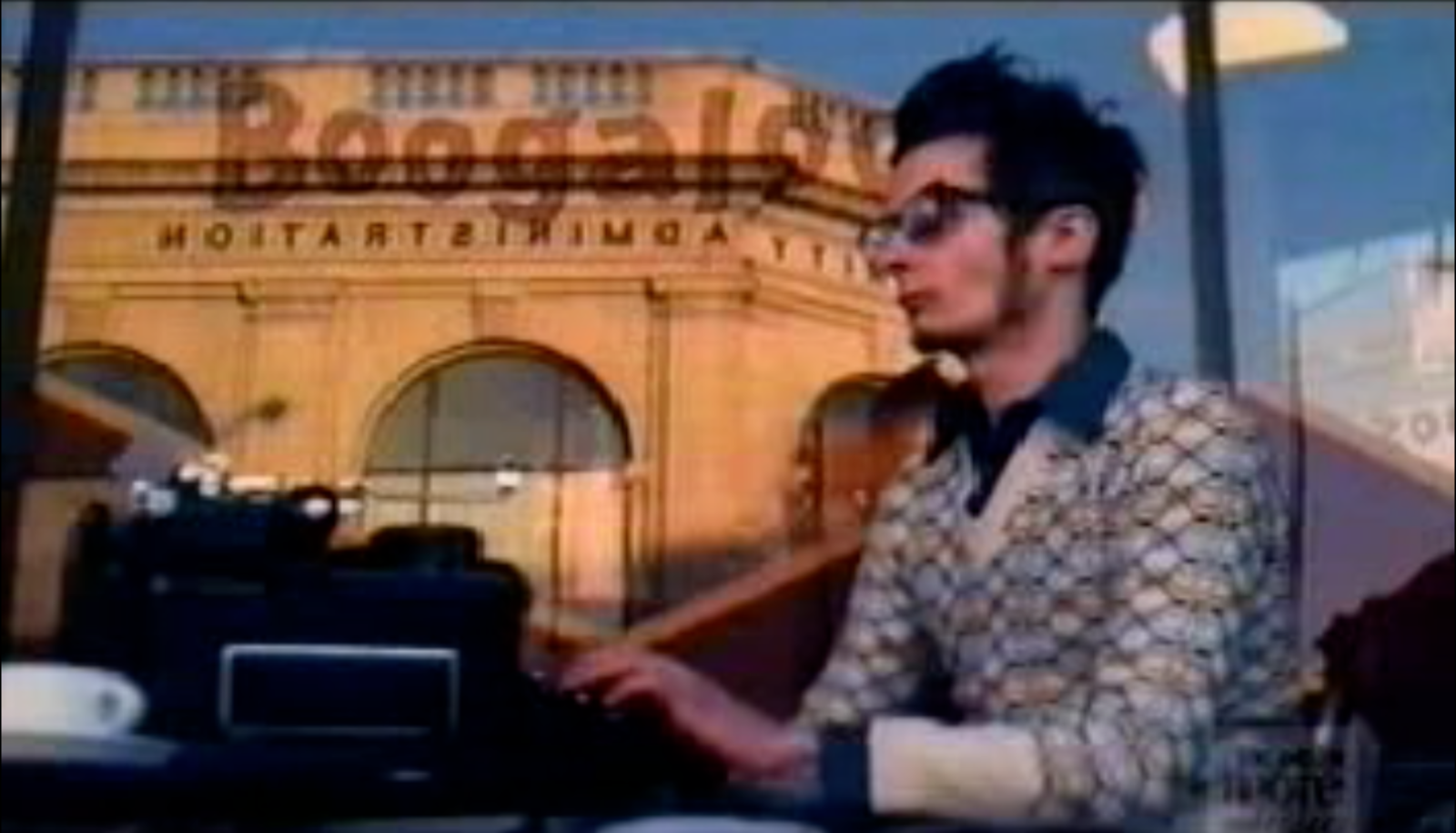 As Stephan approaches the corner of 22nd and Valencia, we watch as mid-90s Mission hipster, then known as a dweeb, types sonnets on a real life typewriter outside of Boogaloos, presumably while paying, like, a nickle for eggs.  As you may recall, in the mid-90s, portable electronic typewriters with fruit logos were not readily available, so kids had to haul around gnarly typewriters in their L.L. Bean backpacks with the initials “AZZ” stitched on the back.

Based on the man's layering of long-sleeved outerwear, we can surmise the weather was quite summer-like. 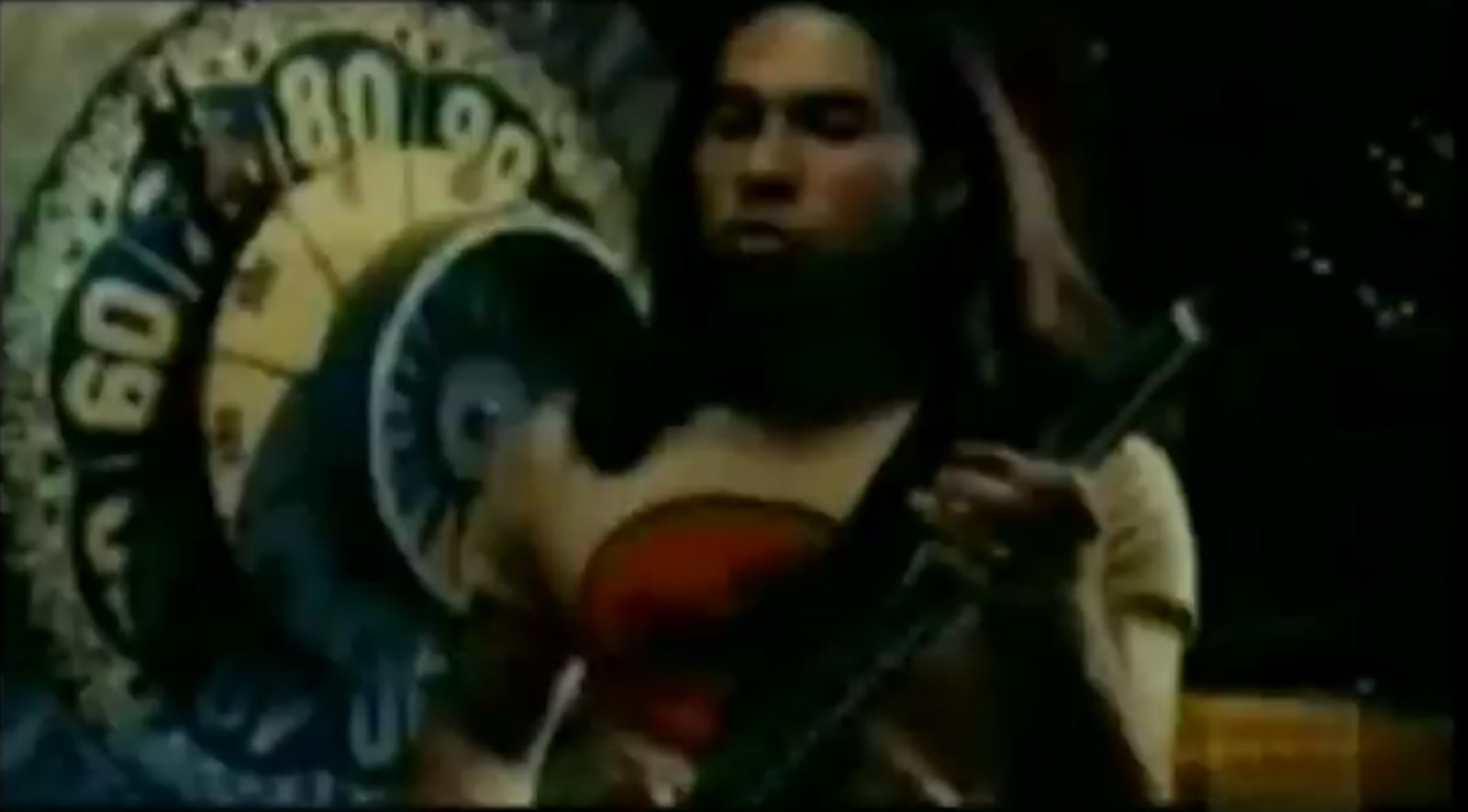 Here we see and the band performing in some empty unknown venue with a big old safe dial behind the stage.  Presumably, this place doesn't even exist anymore. 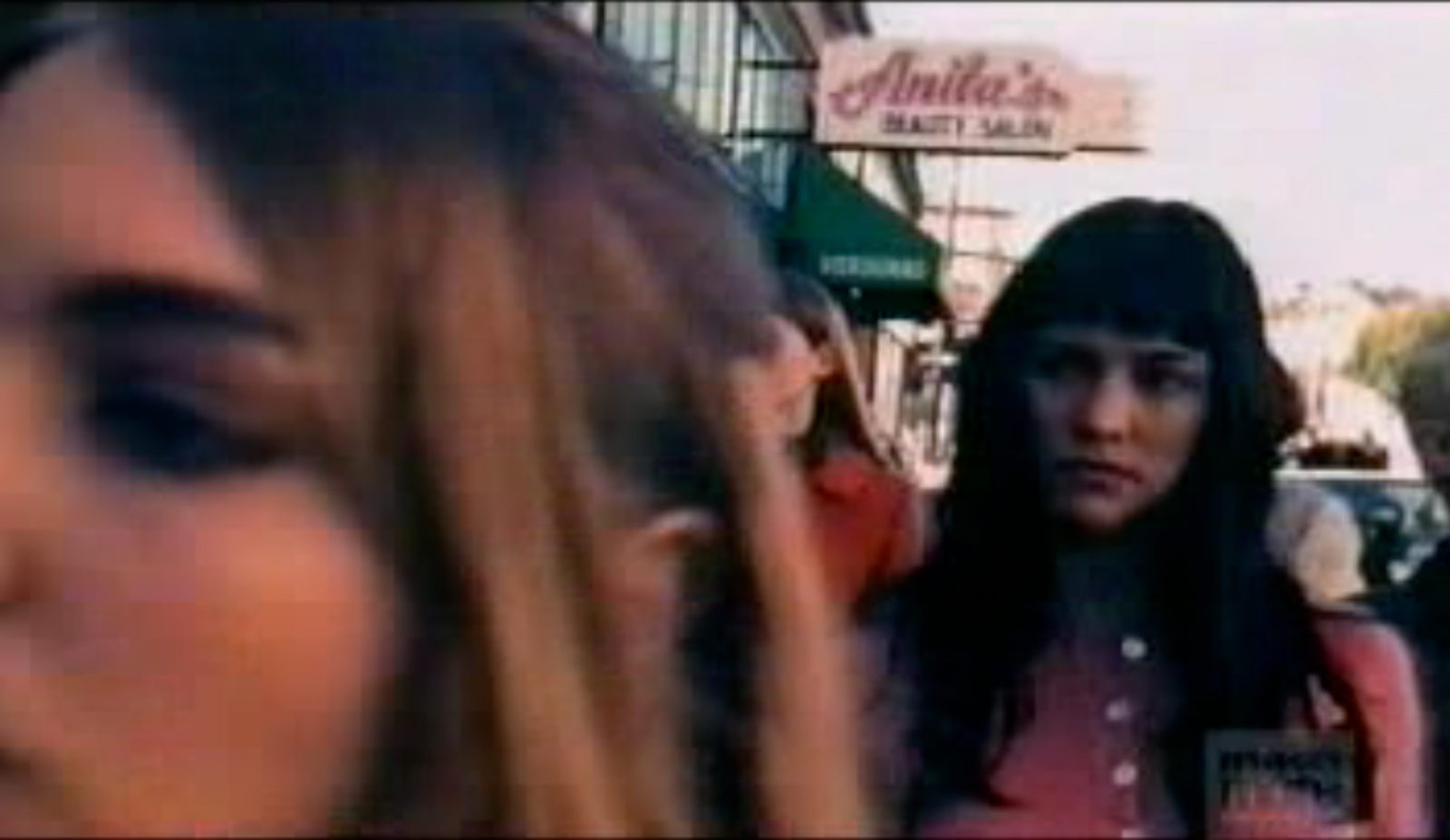 As the video takes an eastward turn down 22nd, we watch as a flock of mega babes flaunting it on their way to Make-Out Room.  All these girls probably have kids and live in Antioch now, which is just upsetting. 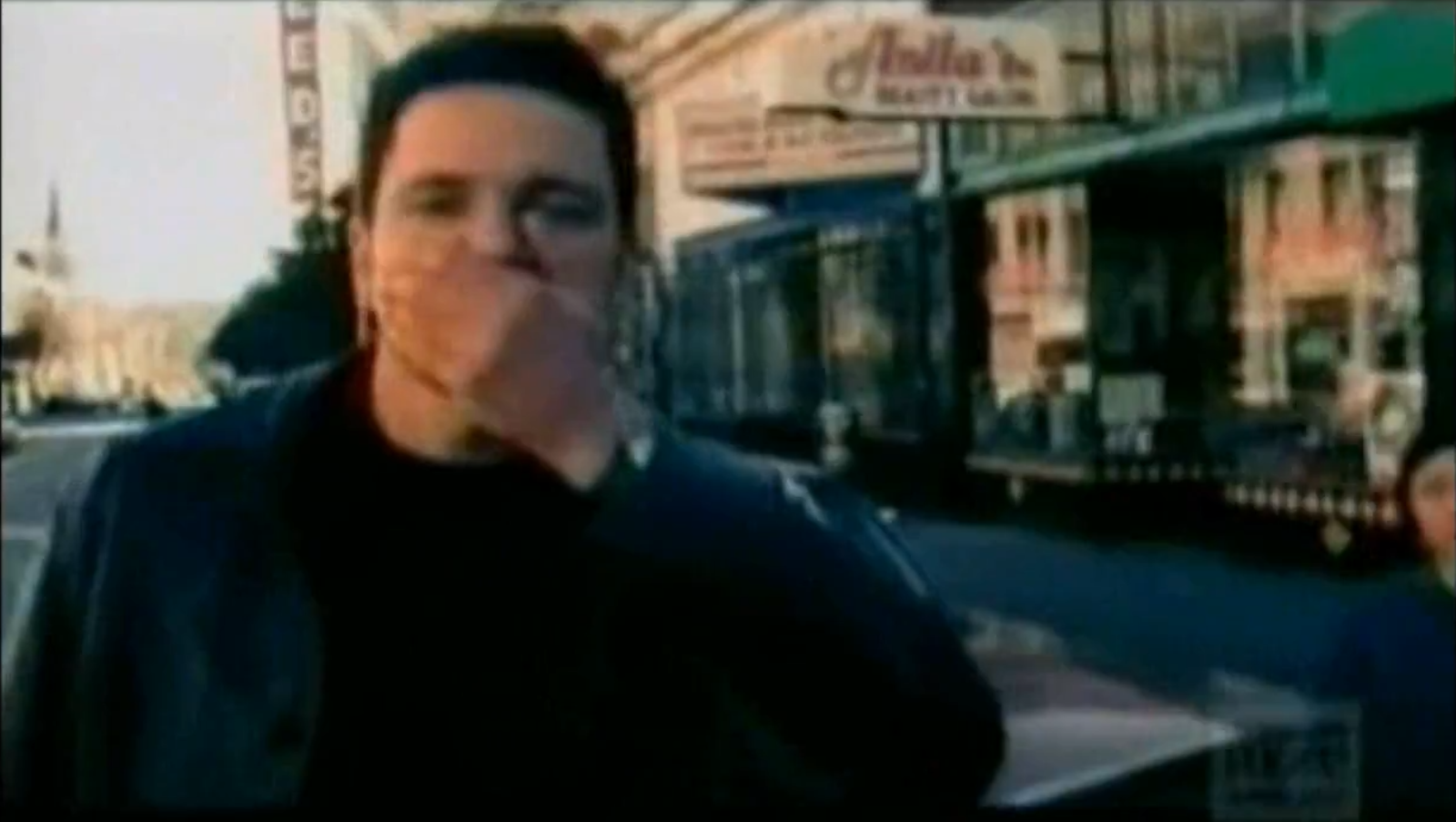 Stephan is shocked—SHOCKED!—that these girls walked passed him, so he visibly gasps in disbelief will strutting backwards towards Mission Street.

Bonus! We can see the old Leed's Shoe sign at the corner of 22nd and Mission, now a Skechers. 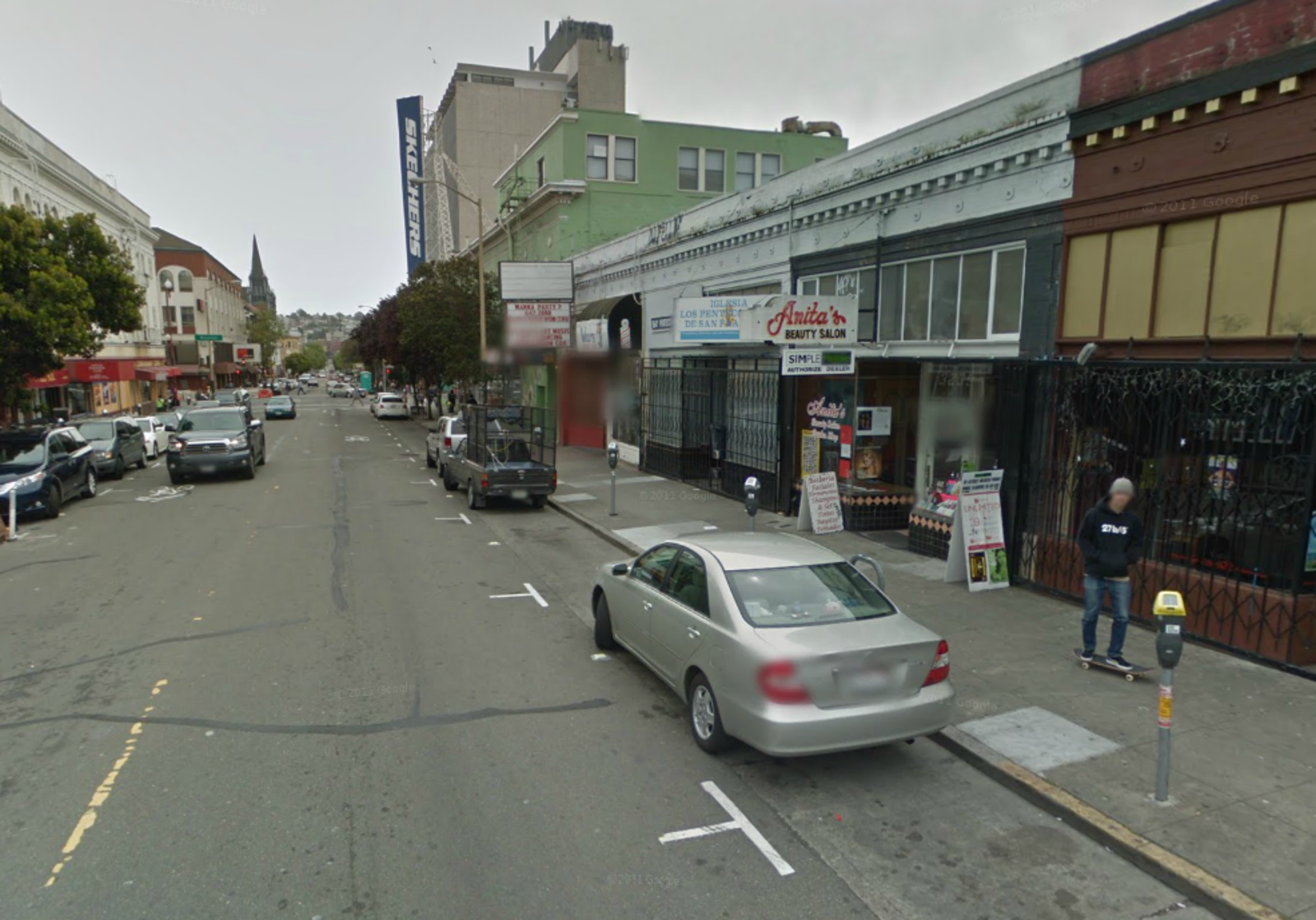 (Here's what this block looks like on the Google internet map.) 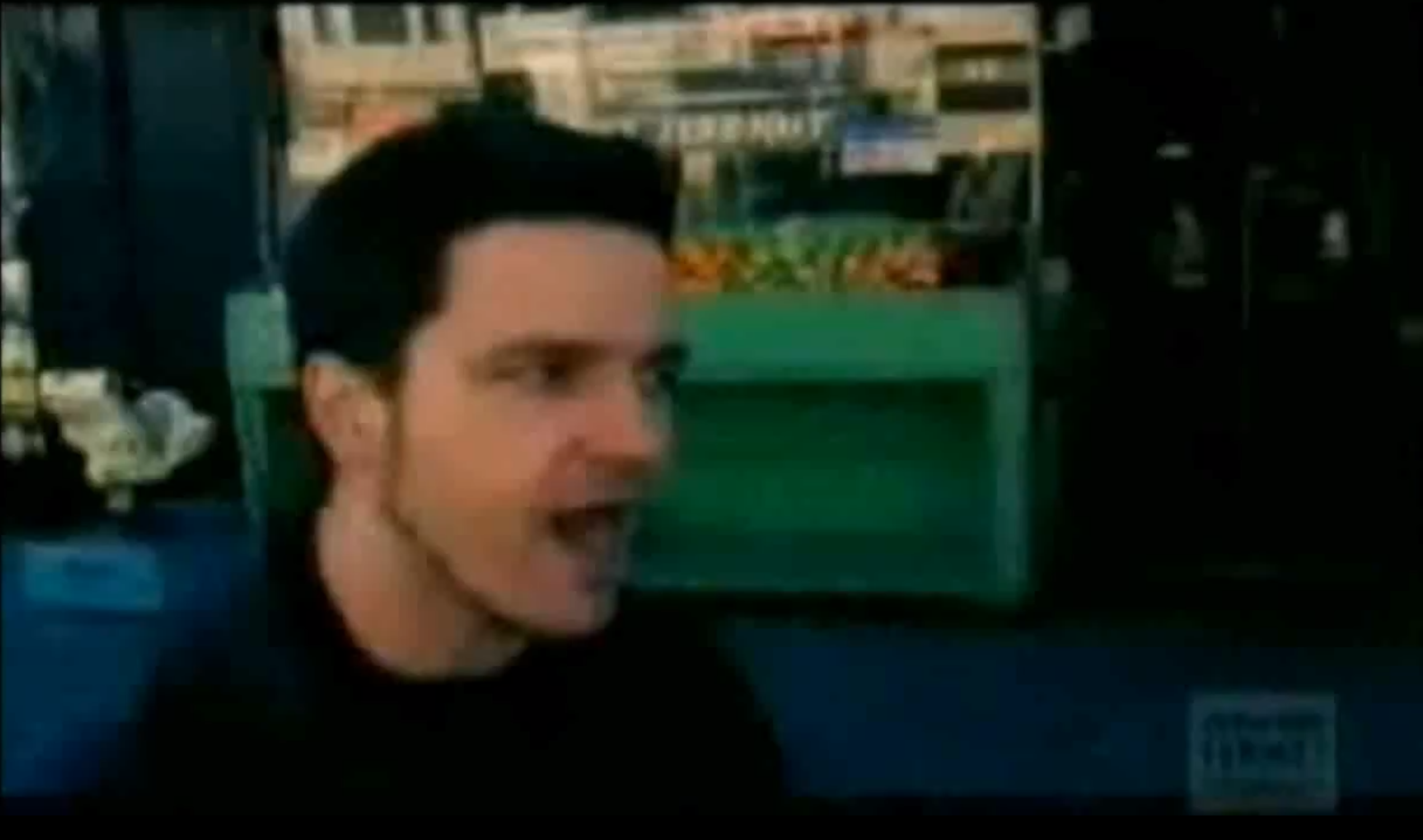 After getting shunned by the now-mothers, he proceeds to fellate a bunch of produce outside a market, currently a Latin lounge where iPhones go astray. 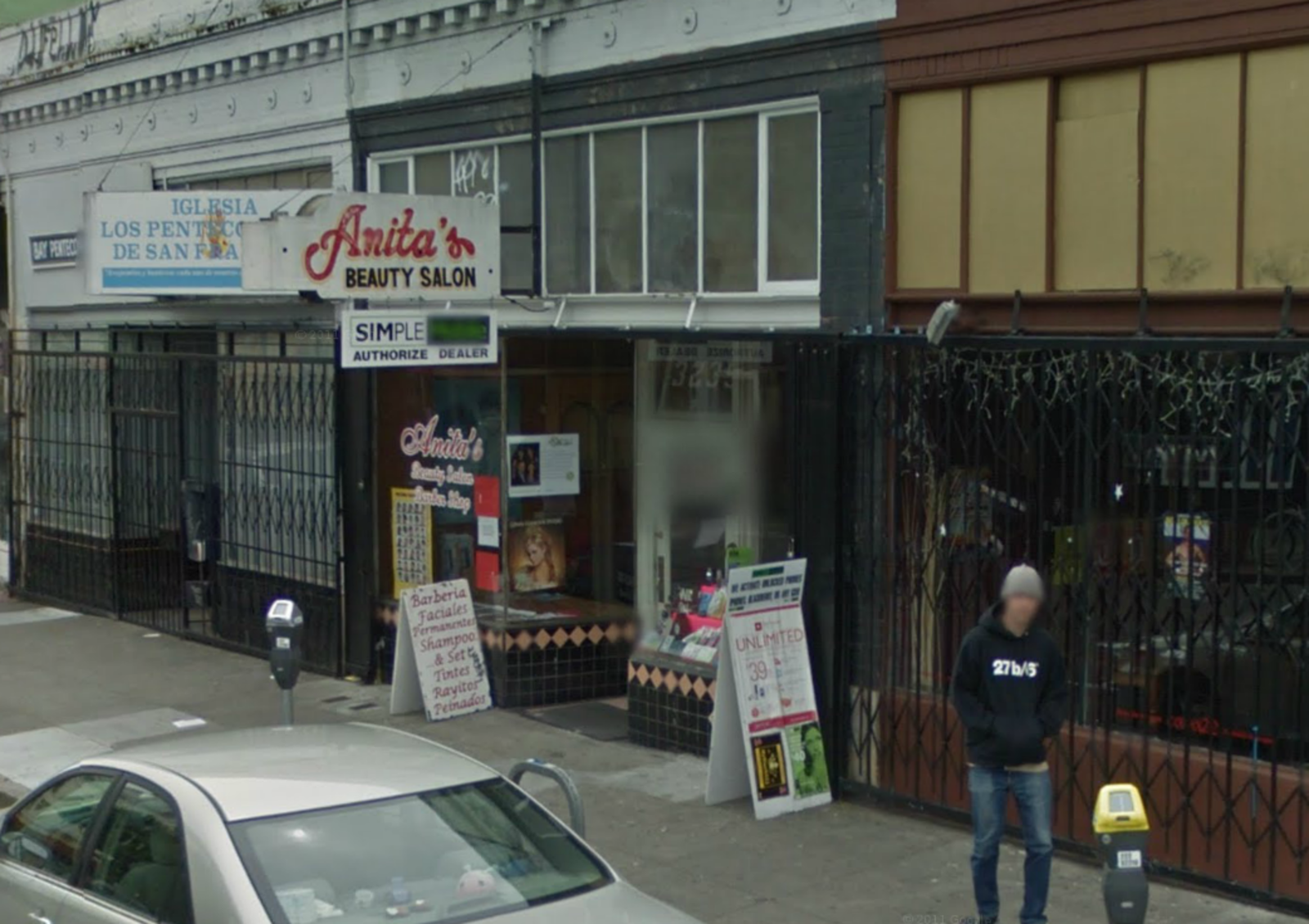 (Close-up of that market today, to the right of Anita's Beauty Salon.) 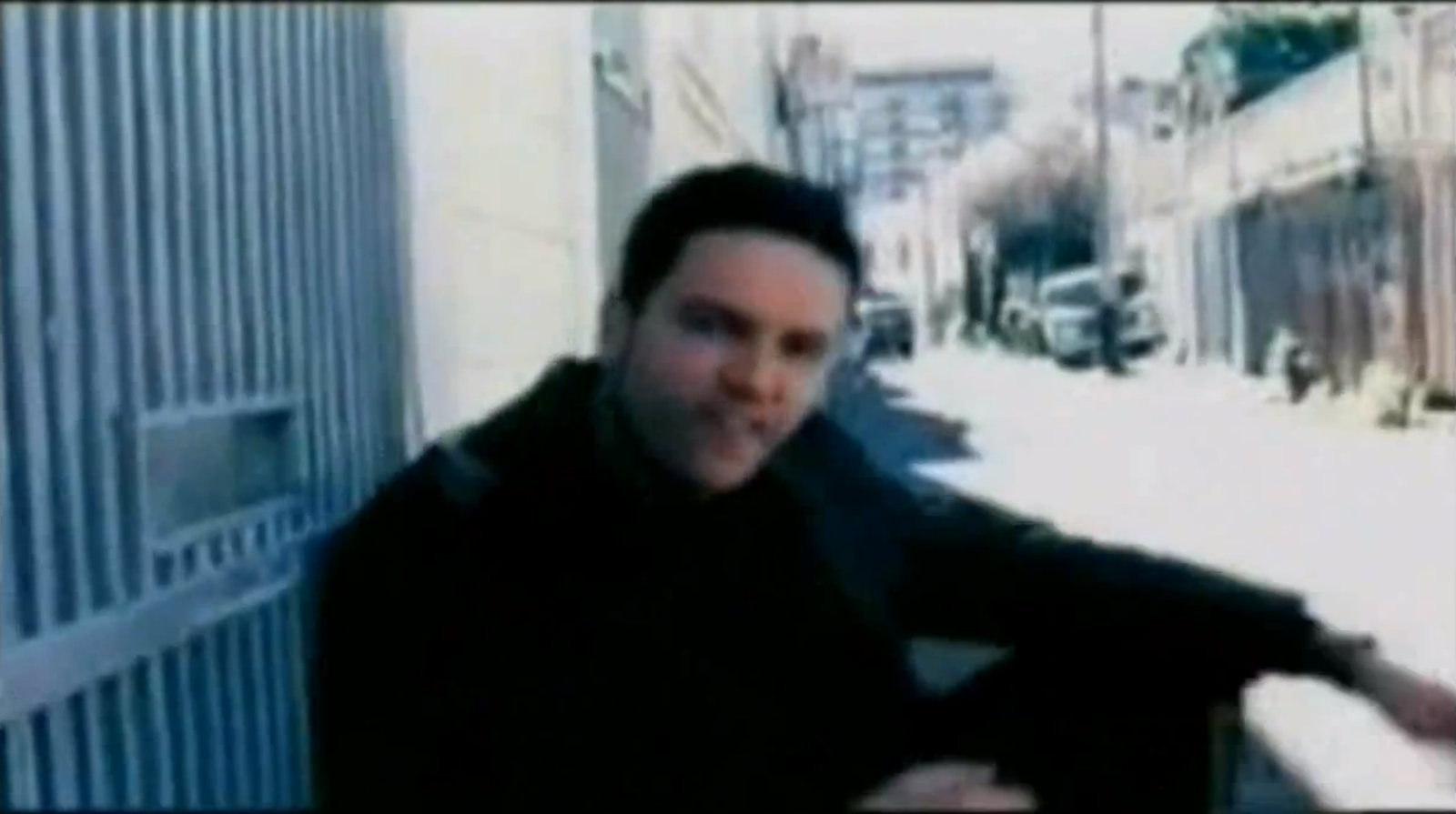 Following more bank safe jamming, Stephan goes on to throw a tantrum in an alley.  I'm not sure which alley this is (or why his sideburns are so thin), but it could be Poplar, near Papalote Taqueria: 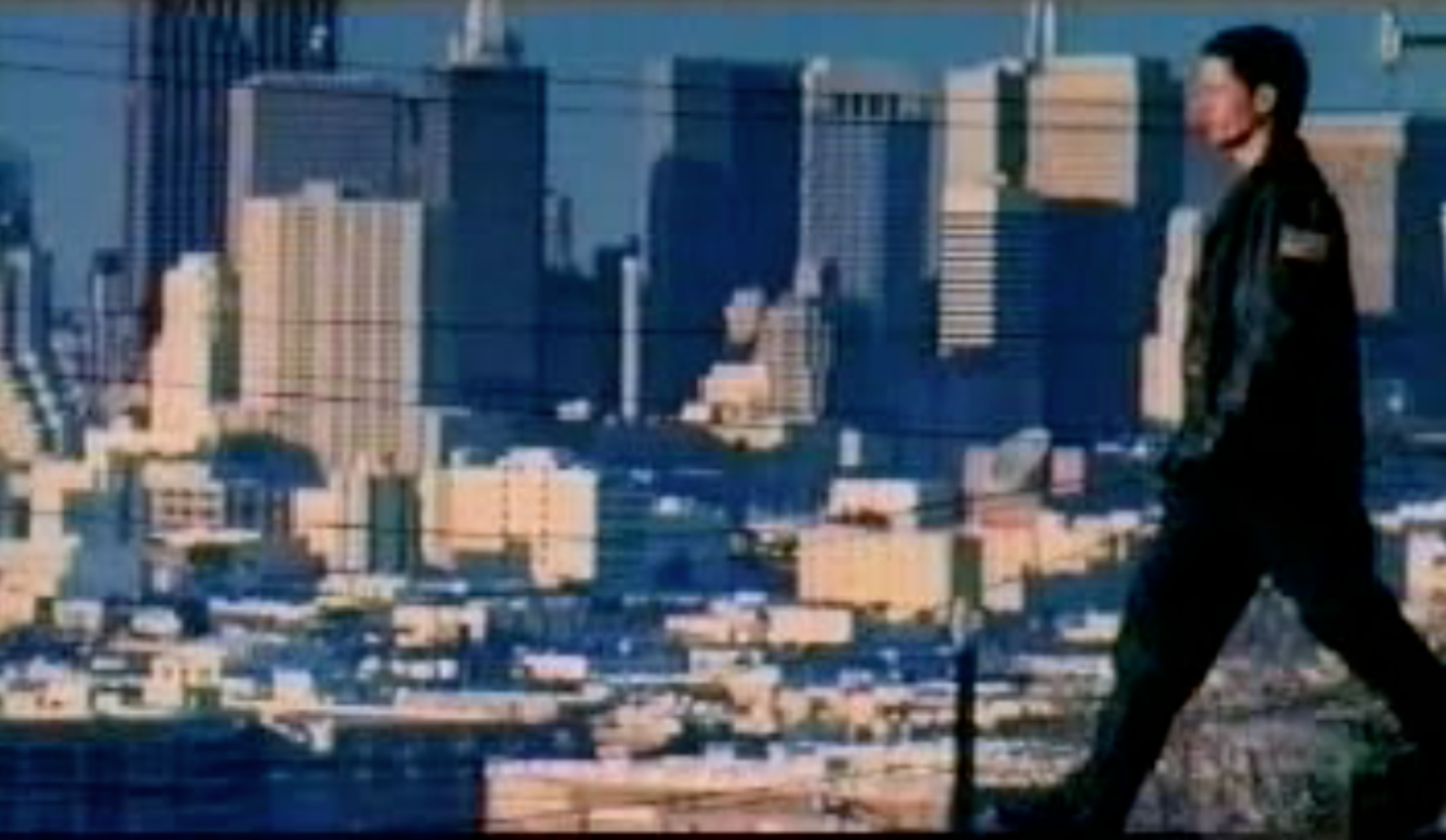 As someone who lived on Capp at 22nd in 97, uh there were plenty of techies living in the mission already.

I think he was dating Charlize Theron at the time. Or soon after. Cause I’m that oldz.

This song makes me suspect one could take any generic bubble gum pop, add a little distortion on the guitars, and sell it to 90’s teenagers as “alternative rock.”

I was with you until the Antioch bit. Then I remembered people from Brookline don’t know anything.

Hoky crap would typewriters in cafes have been annoying.

Thankfully for my fellow 90’s era missionites, aside from this video, the Red Devile Lounge was as far South-East this Douche-Nozzle-Spin-Doctors-Ripoff™ ever strayed from his marina fan base before making it big.

This song was on constant rotation on the radio (remember the radio? If you were 12 in 1997, probably not) the summer I moved here at the tender age of 22. So even though the band sucks, I feel a certain affection for this song. Aaaaand now it’ll be lodged in my head for eternity, again. Thanks for nothing!

The best part was when Disney used this song in the trailer for a Winnie-the-Pooh movie.