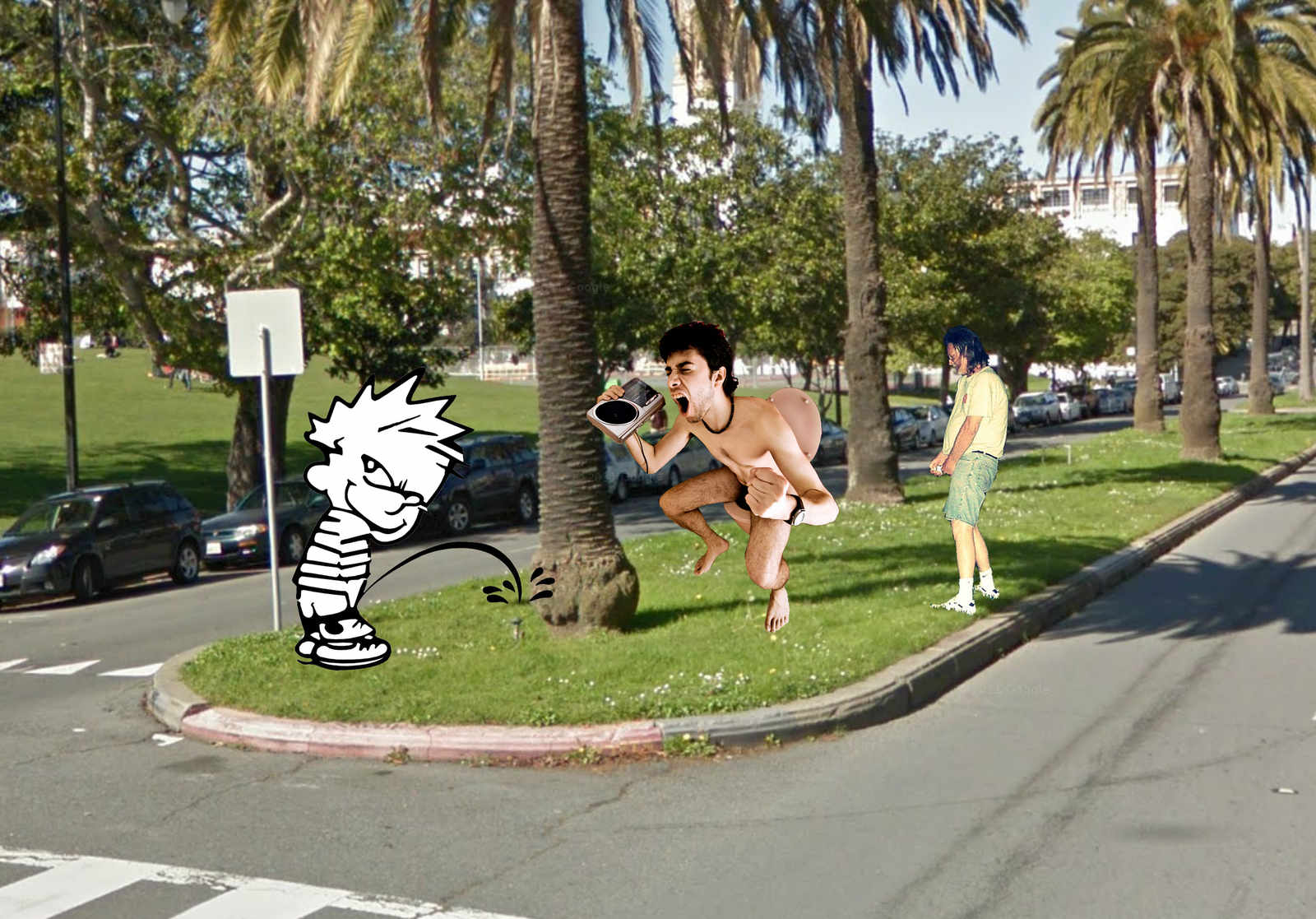 Everyone knows the bathroom situation in Dolores Park is shitty.  You either wait 15-30 minute in a line for the luxury of relieving yourself in the noxious ruins of a once civilized bathroom, or risk getting busted by the cops as you spray down the Muni tracks.

But things get real bad during special events, notably during the Dyke March, when lubed-up revelers take their full tanks to the surrounding stoops and alleyways.  Neighbors are fed up waiting for the city to maybe do something about it, so the “Valencia Corridor” neighborhood group met with Supervisor Scott Weiner and representatives from the Dyke March to figure our how to deal with the chaotic spillover.

Although we missed what must have been a hilarious community meeting full of double entendre and fresh baked cookies, the meeting notes posted by Pete Glikshtern reveal bold proposals.

First, allow the neighbors to sum up their concerns:

The Dyke March was started around 20 years ago as a political action by a relatively small, focused group of persons and, has gradually grown into the gigantic event it is today.

More so than any of the other large-scale events at Dolores Park, the March brings a torrent of pee down upon the streets immediately adjourning the Park.

This we all know.

Nothing shocking here; neighbors are frustrated with The Great Flood that comes every time the lesbians come together to listen to dubstep.  Seems legit.

See, the March packs the park with 20,000-30,000 folks, but only provides 50-75 portapotties.  This is well under the required one plastic pottie-per-100 participants that most street fairs are supposed to have.  The neighbors have a few ideas with how to deal with the problem: 1) help fundraise for more toilets, 2) get potties on blocks people usually pee on, 3) start the March earlier in the morning to cut down on afternoon debauchery, 4) more cops to keep people in check.  All seem like reasonable, measured solutions to a sanitation problem.

However, they have a few more “creative ideas” to solve the pee problem once and for all, without getting cops and cash involved:

-turning the median on Dolores into a pee area by surrounding it with covered fencing, thereby facilitating privacy and squatting

-reaching out to the Burning Man community, specifically the Pee Funnel Camp, to help with volunteers and “equipment.”

What do you guys think?  Are you down to pop a squat in the middle of a four-lane road?  Or maybe lay down in the grass if that's your sorta thing?

I have a thought.. If there are 20,000 other people showing up for. “dyke march” and no place to take a fucking piss, dont go

Seems like if the organizers aren’t able to actually organize their event (including making sure that everyone has a place to piss) then they shouldn’t be allowed to run the thing.

I was at the meeting, it wasn’t as fun / hilarious as one might expect. Strangely cordial and pragmatic for a neighborhood meeting, go figure. True that the event is loosely organized and that the current organizers spend almost everything they raise on permits and (too few) portapotties. Also - it has turned into a destination event with lots of voyeurs and gawkers from all over the bay area. So, no anger at the organizers, just a bunch of ideas to get more portapotties…

How about you can’t hold an event unless you raise enough money to pay for an appropriate number of port-a-potties? If you can’t raise the money, then people aren’t interested enough in having the event. This isn’t rocket science and we don’t need to devolve into legalized shitting on medians.

For urine to decompose in a sanitary matter you need 30 parts carbon to 1 part nitrogen. In other words you want to pee on a pile of mulch about a foot across and oh, some 6 or 7 inches high. For poop you would need about a gallon bucket full of dry mulch. Contact your local electric company, electric companies generate literally tons of mulch every month trimming trees back from power lines. So you get a HUGE pile of mulch from the electric company (or some other source like a landscaping company) , then tell every person if you want to pee or poop grab the right amount of mulch, some seeds for a ground cover crop and go to town on the median.

One portapotty per participant? That’s either excessive or a typo.

not really a solution for dyke march, but why doesn’t Dolores Park have Paris-style pissoirs?

Uh, wouldn’t that much pee kill the grass?

Considering that a certain number of BDSM/alternative sexualists are into urine ingestion, could I suggest that they come out in force on these days and help out? Also, if the color “soft yellow” comes into vogue there may be some possibilities for clothes dying of a sustainable nature.

We are working on both toilets and urinals for the city of sf.
The first toilet will be built in the tl sometime next fall.
You can get more info on our website and our masterplan on issuu…search tenderloin community restroom.

Our pplanter, a living urnial… was unveiled at the UP festival at 5th and mission last weekend.
On our website, Pplanter.com, you can also put places in the cityh that need urinals. We will then be taking this crowdsourced data to city supervisors to gain support for building them.