Since the election of Supervisor in District 9 is pretty much a done deal (until David Campos attempts to elevate himself to State Assembly) Mission dwellers eager for entertainment should pay attention to the shit-show happening in District 5.

Until very recently, the race to become the heir to the seat once occupied by Matt Gonzalez and Ross Mirkarimi - the most lefty district in San Francisco - was a toss up. It still is, but for entirely different reasons.

Seven weeks ago Christina Olague (appointed by Mayor Ed Lee to fill Mirkarimi’s seat after he was elected Sheriff) had the lead at 13% in the race over 7 opponents – but only because 49% of respondents never ever heard of them. 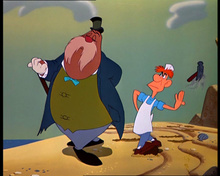 Olague had to make a “difficult” choice. She voted as Supervisor to reinstate Ross Mirkarimi as Sheriff in order to gain traction in District 5. Following that dramatic development, D5 voters don’t know what to think about Olague. She was the darling of the Ed Lee/Rose Pak/Willie Brown ménage a trios. Now Ed Lee won’t speak with her!

Yeah, this smells like shittiest of shitty political theater, but the players of the kabuki persist with their faux outrage. A rich, obnoxious, walrus has stepped forward to impose his wallet and opinions on San Francisco voters. Ron Conway and his wife are funding a mysterious campaign to make Christina Olgaue seem like a pariah and a wife beater for casting her campaign saving vote for Mirkarimi.

Because of Ross Mirkarimi’s shitty marriage every poser in San Francisco city government is dry-humping non-profit Domestic Violence groups and those organizations are more than happy to let them. It makes for great publicity.

As an added bonus, the fawning also makes it easy to sacrifice an endorsed progressive candidate in the district race! 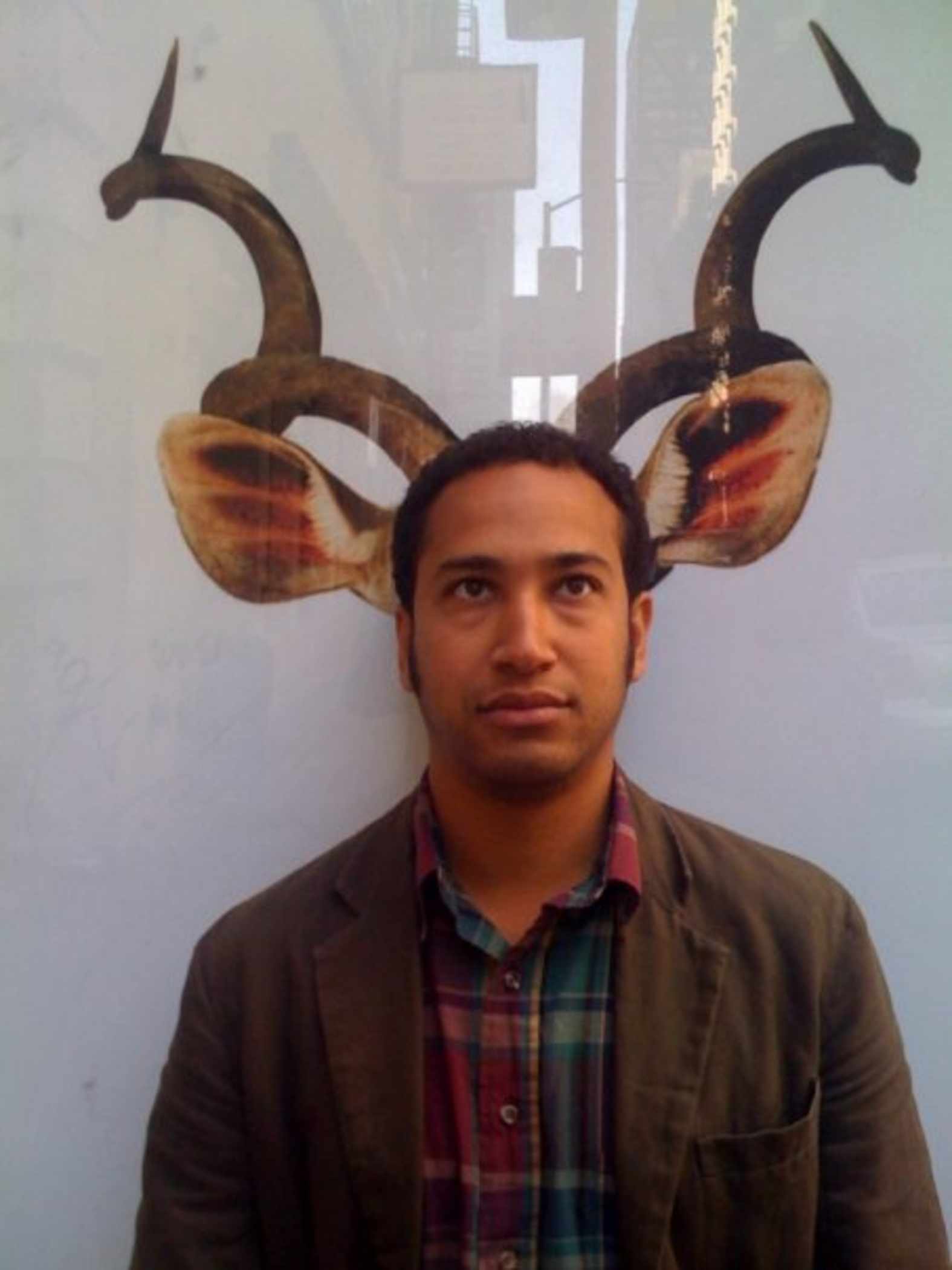 Olague’s competitor Julian Davis was the darling of progressive SF politics until SF Weekly ran a story about his penchant for non-consensual finger banging. To make matters worse, that story came out right after the Mirkarimi vote. Liberal politicians and publications were pulling their endorsements from Davis so fast he must have had rug burn.

One month ago everybody wanted Olague to lose. Her skin was remarkably thin, as was witnessed at a debate in late September when she had a testy exchange with Davis and stormed off the stage (only to return 43 seconds later). Now those left-leaners are lining up behind Olague under a new mantra: “Anybody but Breed!”

Breed. London Breed! Ms. Breed has been active in the Western Addition her entire life and has raised a bajillion dollars and has the endorsement of Kamala Harris as well as many real estate interests and who also maybe thought she should have been appointed by Ed Lee to replace Mirkarimi in D5 instead of Olague.

Also – Breed has a wonderfully foul mouth that should pull on the heartstrings of any SF voter:

“You think I give a fuck about a Willie Brown at the end of the day when it comes to my community and the shit that people like Rose Pak and Willie Brown continue to do and try to controls things?”

That rant cost Ms. Breed the endorsement of Dianne Feinstein, which is just about the best endorsement anyone in District 5 could get! Yet she is now the candidate-non-grata as Davis is kicked to the curb and Olague is being held aloft.

What about the others?

There are FIVE other candidates competing in the district that generate far less drama, controversy and conflict. 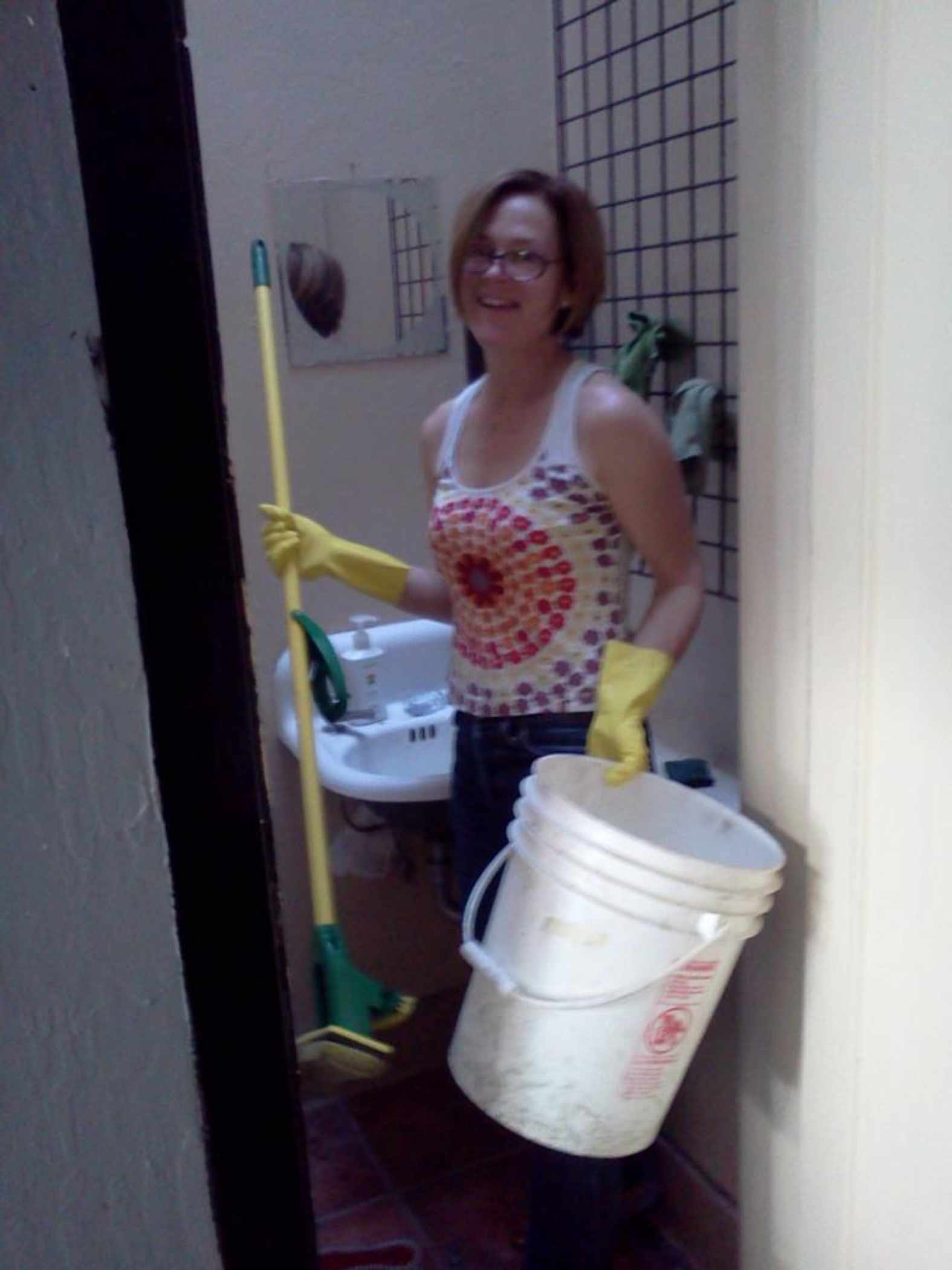 Thea Selby and John Rizzo are both familiar names in the neighborhood and their campaigns should not be overlooked especially considering the capricious nature of ranked choice voting.

Selby has managed to raise enough funds to be the third best financed in the race. Plus she has endorsements from SF Examiner and the SF Bay Guardian (two publications that now share ownership). Selby has been a resident and business owner in the Lower Haight and would be the only mother serving on the Board of Supervisors if she were elected. She has GREAT hair.

John Rizzo has been serving as President of the Community College Board of Trustees for years, which is impressive public service…except that it’s a bit of an albatross too. San Francisco City College is circling the drain and while that’s not entirely his doing it’s a bit hard to not be tainted by the association. Still, Rizzo has liberal credentials and support if a difficult PR situation.

Andrew Resignato and Hope Johnson are both passionate competitors and sorely underfunded making it very hard to compete in what has become a big money – and big headline grabbing – campaign. Johnson is a fierce advocate for open government (which is really what THIS district election should be all about). Resignato has built a career working in public health. He is a musician and he wears a thumb ring.

Johnson and Resignato combined forces under the title of “The People’s Ticket” and they have a strategy to compete in the ranked choice race that shows they are interested in winning.

There was a candidate named Daniel Everett that showed up at a few debates – a young, handsome, attorney that defends indigent people accused of crime – but he has seemingly gone AWOL. Look for his picture on a milk carton!

The top three candidates in the District 5 race seem to have more negatives than positives right now and yet the local media continues to focus on them as either being a has been (“I think Julian Davis is finished”), a could have been (Christina Olague), or a shouldn’t be (“Anybody but London Breed”)—instead of giving more than a passing mention to the other candidates.

Without a last minute surge of cash the five candidates need to compete for attention via drama and hysterics if they want to get some airtime.

Perhaps John Rizzo should take a shower with a couple local DJs. Thea Selby may want to consider revealing an out of wedlock birth with one of her campaign aides to gain some traction.

Maybe Resignato, Johnson and Everett should think about expanding The People’s Ticket into a nudist campaign??

Pics or it didn’t happen!!

Pretty much sums it up. I’m still voting for Julian Davis.

Also, I heard Andrew Resignato was bringing awareness to the nudity issue by appearing naked on Fell and Masonic a week ago. Alas, my friend did not get any pictures.

This is awesome. Do D1 next! I’m for the guy who wants to put locks on recycling bins! Sherman something!

I’m really digging this new cat on the scene who goes by the name of Benito Mussolini. I can’t remember the name of his party? Sounds kinda like the Fashionist or something party. Anyway, yeah.

This makes my brain hurt. I’m sick of the the whole SF democratic machine. Starting with the troika of fossils, Feinstein, Pelosi, and Boxer, the dynamic duo Leno and Ammiano, the pea-pod two Lee and Pak, the Board of outlandishness (all of them), and finally that old fuck womanizer, eater of fine food, wearer of fine hats, and all around scumbag Brown. In the nineties we enacted term limits to get rid of these fucks, at least on a state level. But they just won’t die, they term out and move on to some other office. Poor Carol Migden got leukemia. That really sucks on a human level, but as a representative she was god awful and her fading into a drug addled car crash distant memory is a blessing for us, the governed.

Julian Davis is certainly winning the “Litter my doorstep” race. He’s been delivering a half dozen door hangers per visit, several times a week. If he’s trying to build a pavlovian response of annoyance to his name, it’s working.

Hey Julian - Maybe you can campaign on a jobs program based on cleaning up your advertising that’s presently lodged in the shrubbery and blocking storm sewers all around D5?

Also Daniel Everrett was in my neighborhood on Saturday morning introducing himself, and handing out flyers.

I really , really, really hate the fact that the Inner Sunset is gerrymandered into this district. We have nothing in common with the rest of the district and routinely get ignored. AFAIK, Julian and Thea are the only ones who’ve actually campaigned out here, or can even find it on a map.

I donated to Julian early in the campaign, before all this stuff in the press came out. Now, I don’t know who to vote for. Rizzo is a joke - anyone from the corrupt failing institution known as CCSF for a promotion is just ridiculours. The incumbent wants everything both ways and is just a Lee appointee, and as for the rest, Thea might be the only sane choice.

Shit , if I”d known things were this fucked, I woulda run myself.

All of the developments today (including what you got in the mail, njudah) help keep the Diarrhea Match in D5 frothy!!

I wish all the other elections would end on Tuesday but I want the race for D5 to go on and on and on….