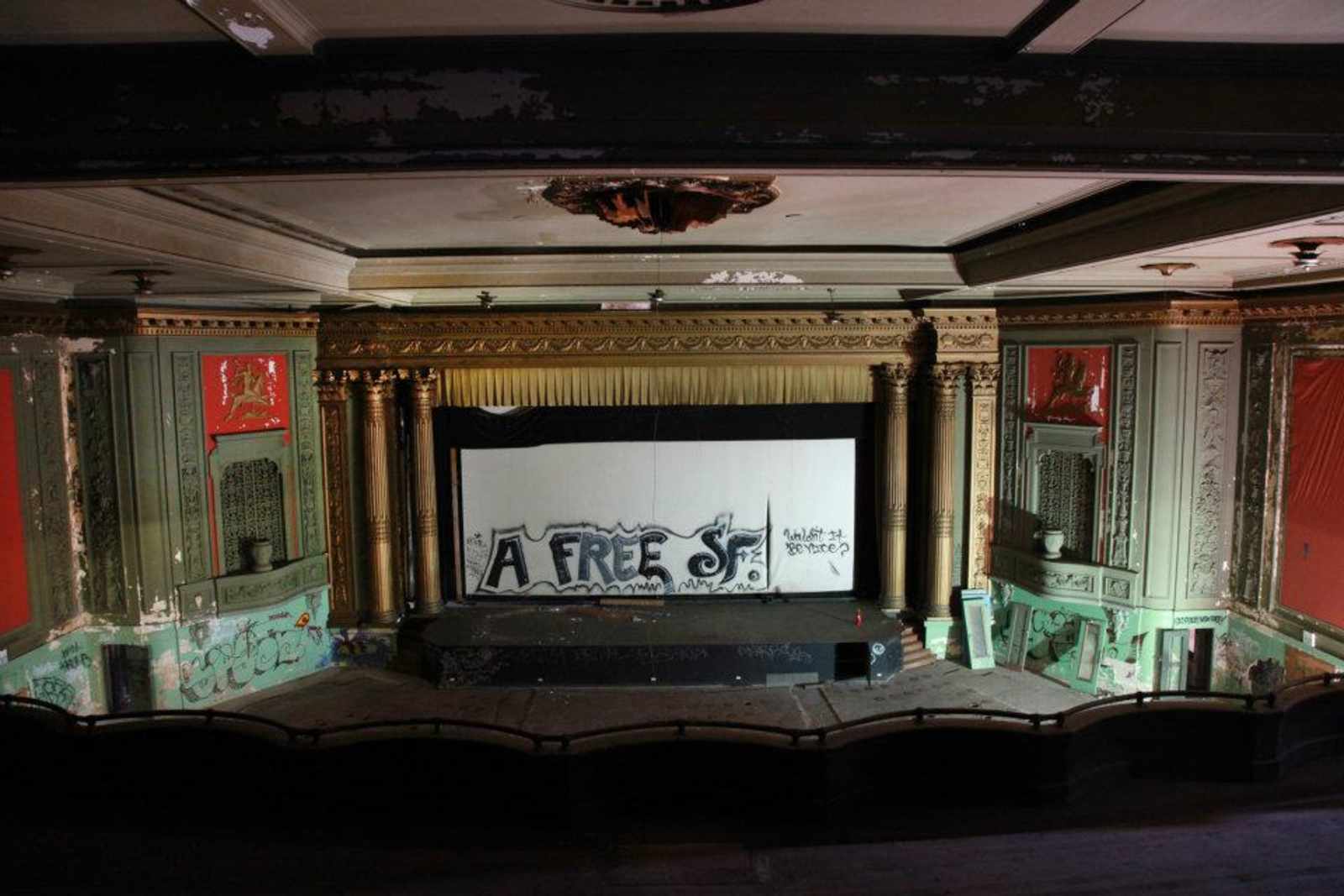 Fox News's highbrow print edition takes a look at what we can expect:

Under the current plans, the main three-tiered auditorium will be kept partially intact as the biggest venue with 348 seats. The theater's two upper balconies will be turned into four smaller theaters, with an extension added to the main balcony suspended over the auditorium. The five-screen venue will have a total of 556 seats, with some of the smaller venues seating 36 to 46 people, according to the plans filed with the city.

“Restoring it to its original glory is ideal, but then you're left with an 1,800-seat, single-screen movie theater,” [Tim League, founder of Alamo Drafthouse] says. “It doesn't work.”

…One area at risk is the original brick building, later turned into the lobby. Its walls were once graced with silver-leaf murals from the 1932 remodeling, but some may be lost when this area is seismically reinforced and reconstructed. Alamo plans to try to salvage some of the Deco murals.

Sadly, Alamo has to wait until Dec. 5th for a Historic Preservation Commission meeting before they can get the project rolling (and even then, cranky neighbors can further delay things), so the soonest we'll be seeing the theater open is December 2013.  But still, beer and movies!

“Restoring it to its original glory is ideal, but then you’re left with an 1,800-seat, single-screen movie theater,” [Tim League, founder of Alamo Drafthouse] says. “It doesn’t work.”

Psyched about this. Hopefully this will make it through but the planning commision will put the kibosh on the 8-story tower of feces they want to build next door on the Giant Value site.