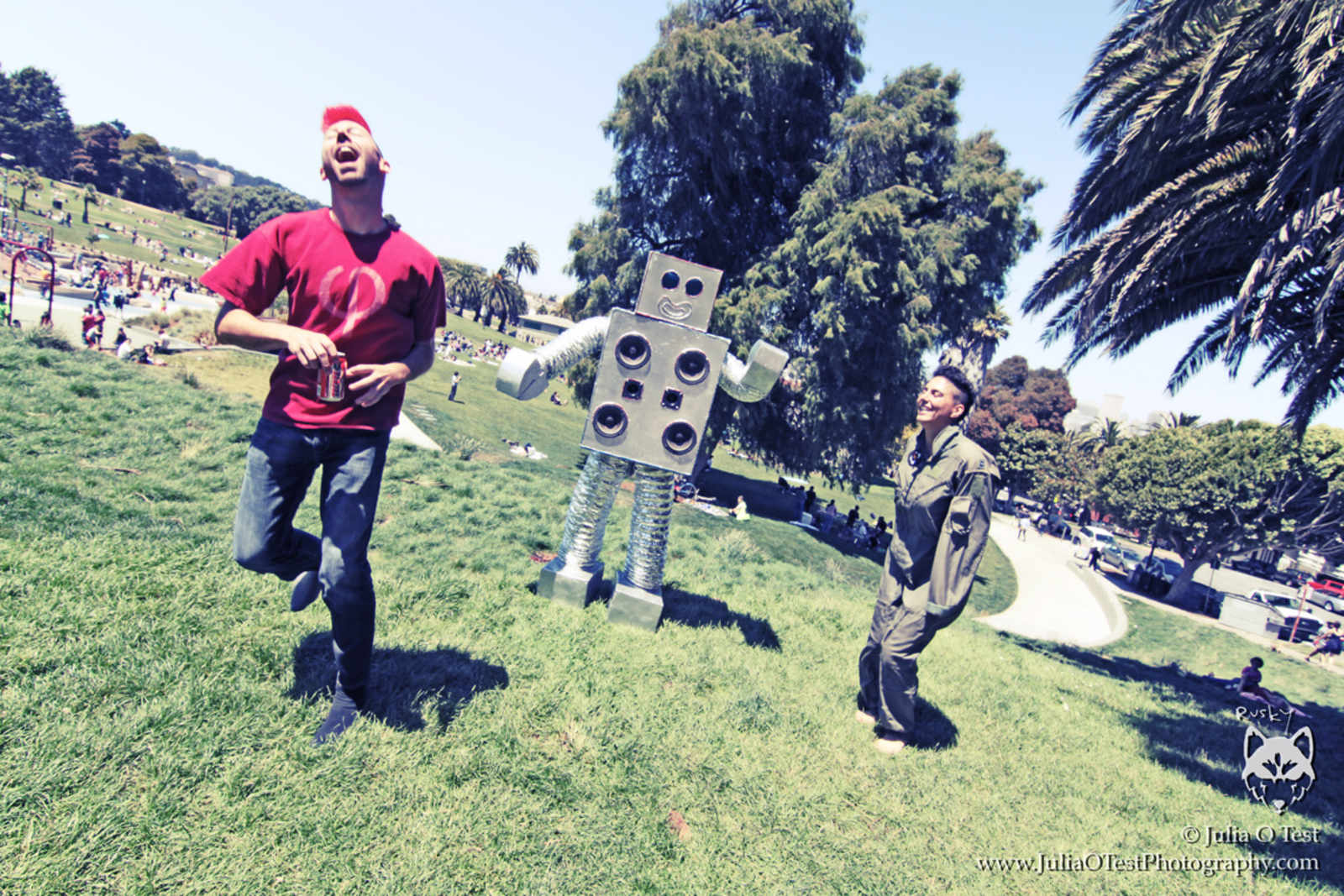 You all know Robot Dance Party—the hulking silver robot that wonders into Dolores Park, blasting some ancient Cake track you forgot existed.  Well, the robot, who's apparently a guy in a costume or something, is looking to make some upgrades, including a lighting system, a tablet for people to select songs, and karaoke machine.

To pull it off, it's going to cost the robot $1,500—a lot of money for a robot with no job prospects, unless he has some holes we don't know about.  So it's turning to Kickstarter to raise the money.

Now, we typically don't encourage people to donate to Kickstarters because they're usually for wolf shirts and whatever, but we struggle to think of a better cause than being able to terrorize a playground full of children with a sick rendition of Bohemian Rhapsody while a Robot bounces by your side.  So do consider donating.

Go DPR!!! Hope to see you get the funding! On a side note,thats kinda amazing that the “Griz coat’ raised 28k after asking for just 2,500. Hope my bird Kickstarter goes half as well. We are going to be making a short movie and still project of a trip down the coast. Cheers

Honey, if you use my photo, at least get my name right in the credit!