Photos of the Mission's Gritty Past 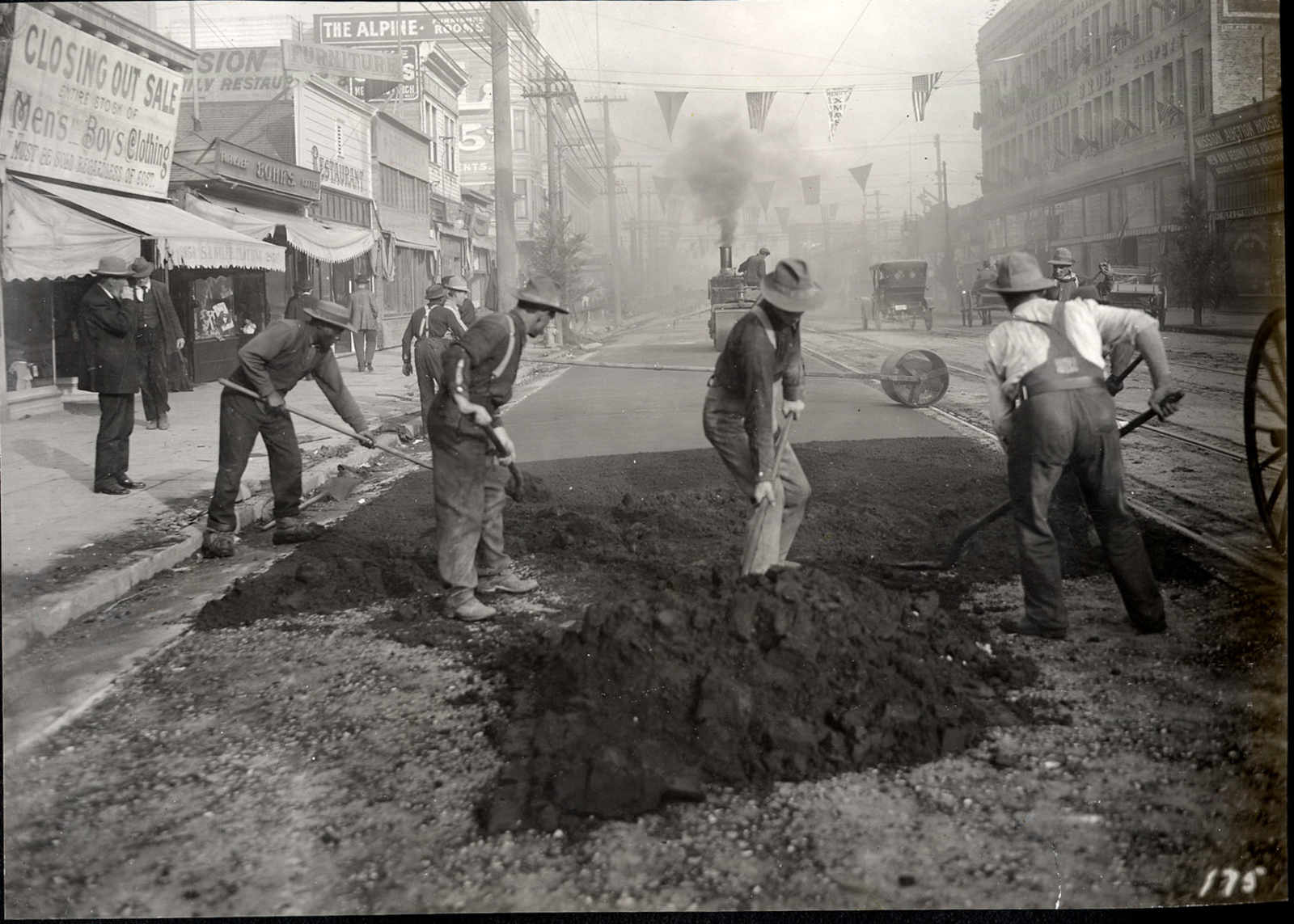 As we mentioned in last week's post about what Bi-Rite looked like in 1947, the SF Public Library is right in the middle of scanning a bunch of ancient Mission District photography and posting it online for the benefit of late-night nerding out.  And lucky for us, library photo curator Christina Moretta dumped a fresh batch of previously unseen photos on Flickr on Tuesday. 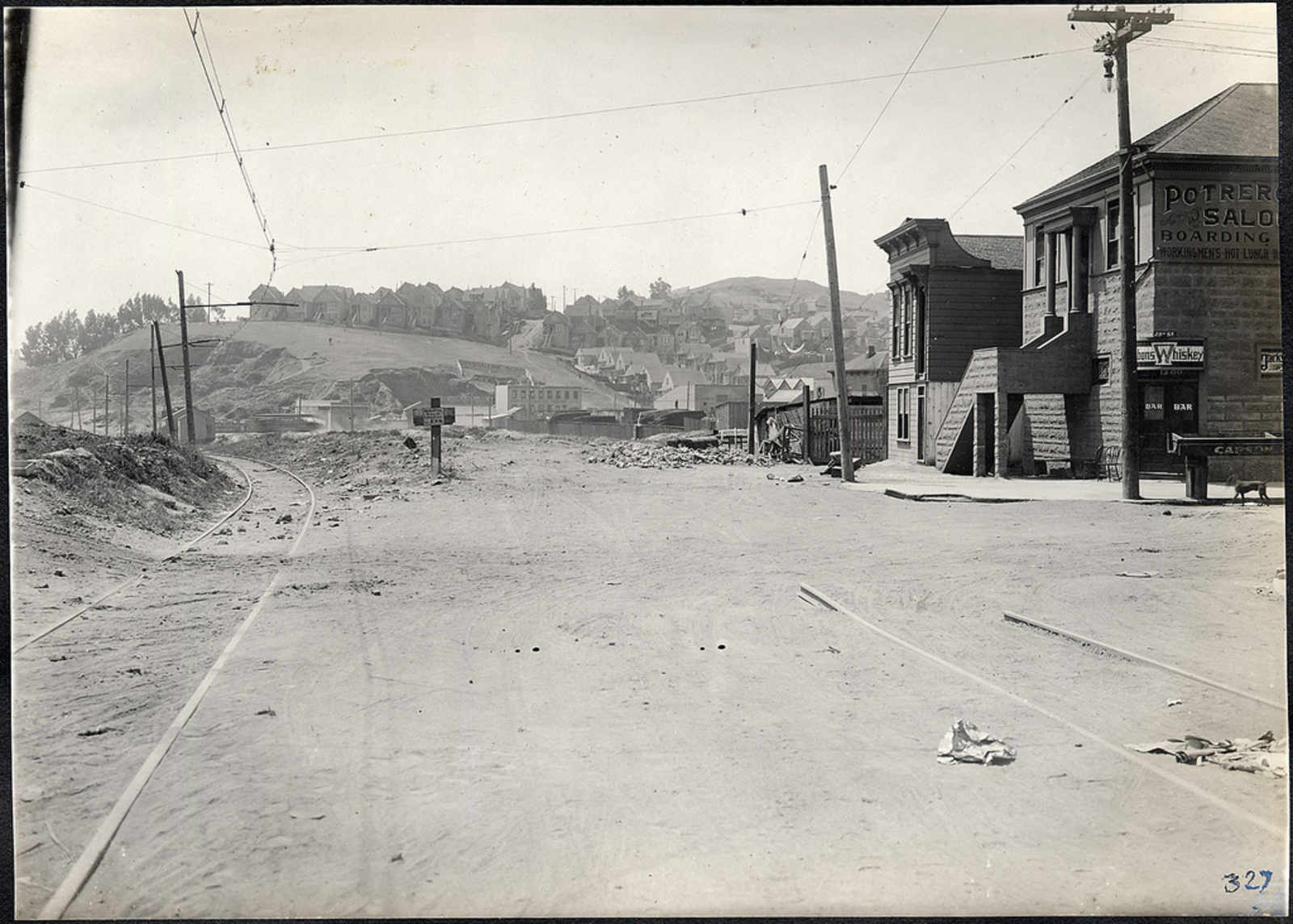 Potereo and 25th, looking south towards a very-much under-developed Bernal Heights and future concrete nest of highway on and off-ramps.  To the right is the Potrero Ave. Saloon and Boarding House, advertising Hibernia Steam and Gibbons Whiskey in the windows. (You can catch another view of the bar here.) 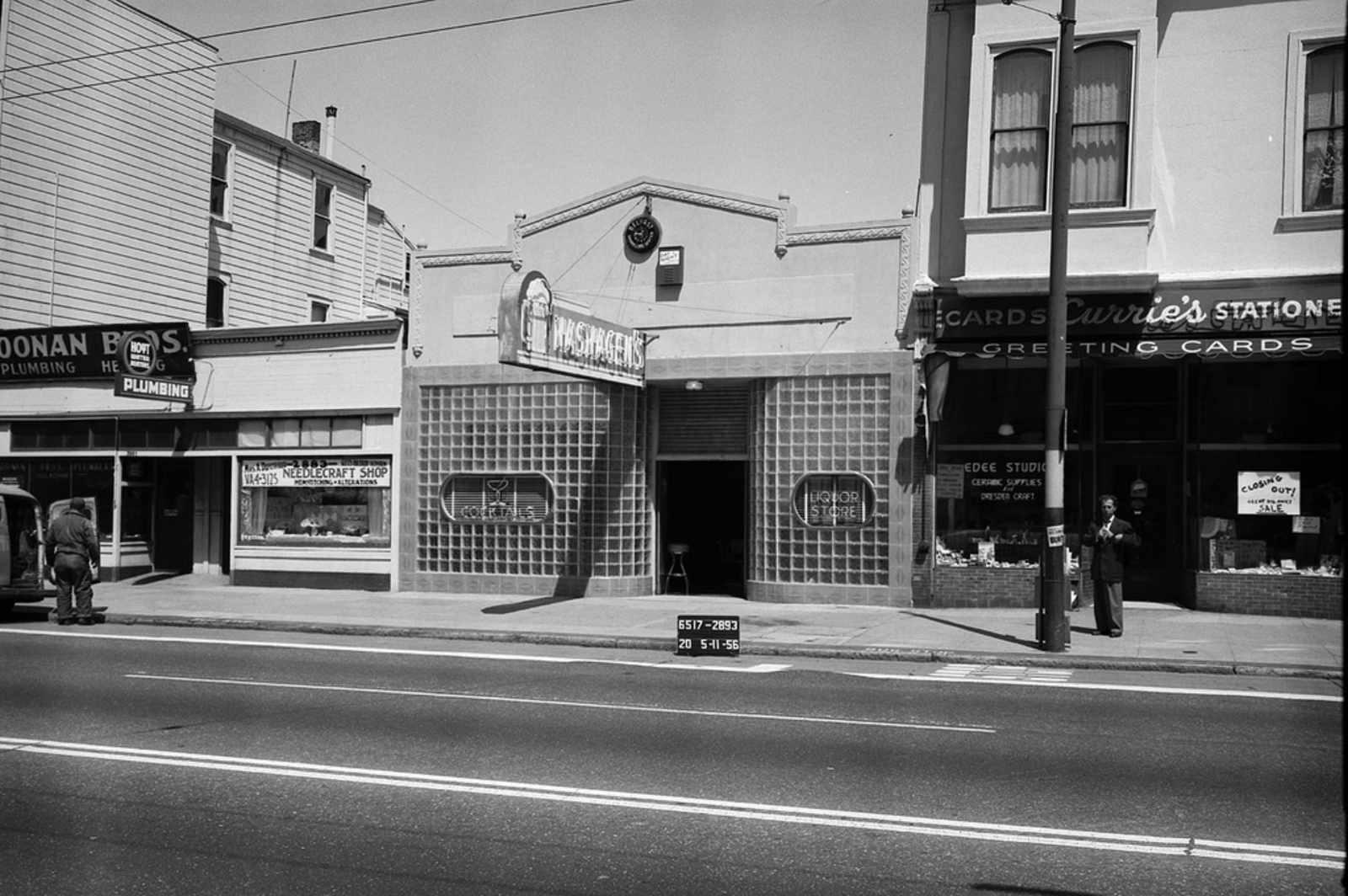 Hashagans Cocktails on Mission at 25th, photographed in 1956… 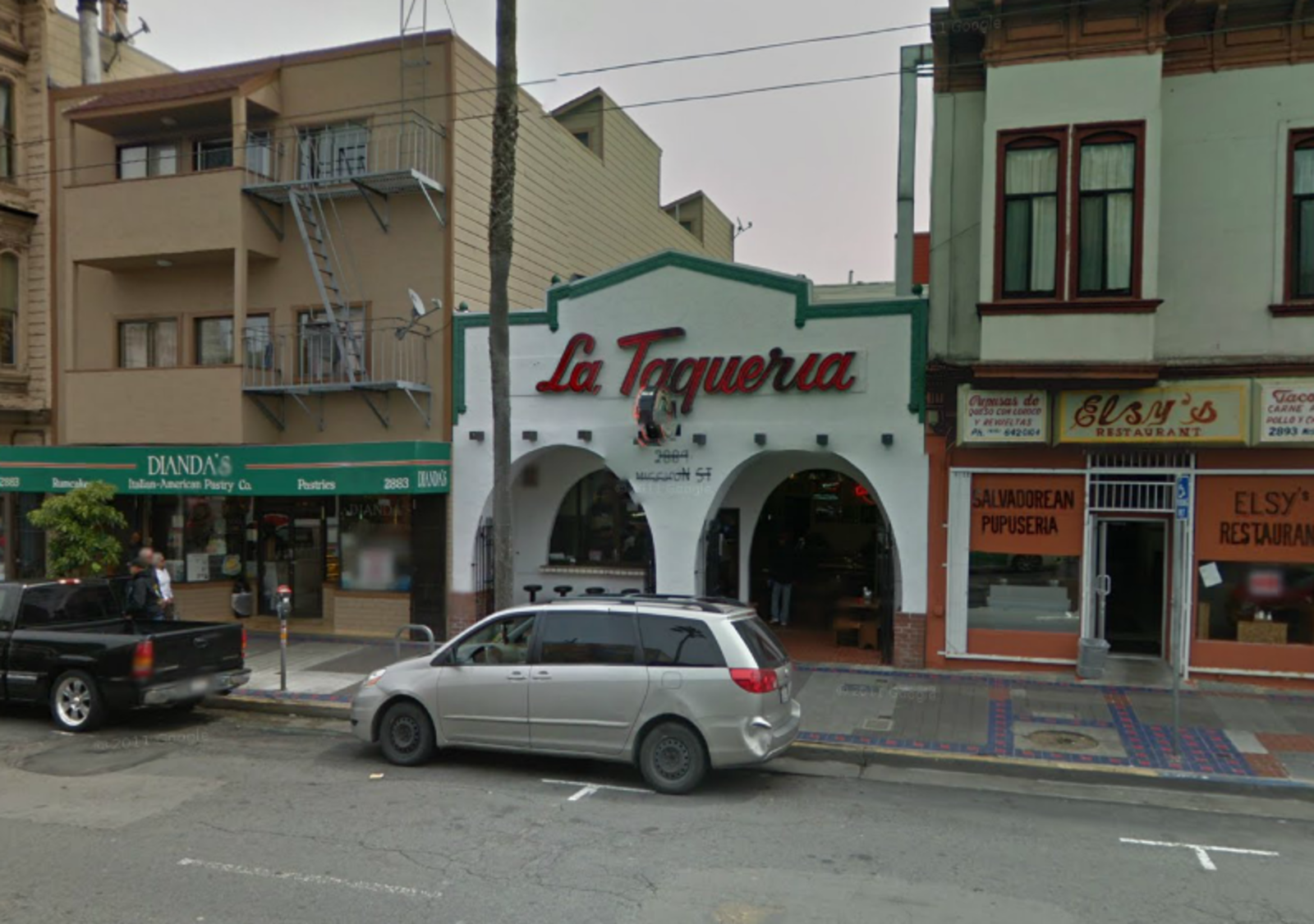 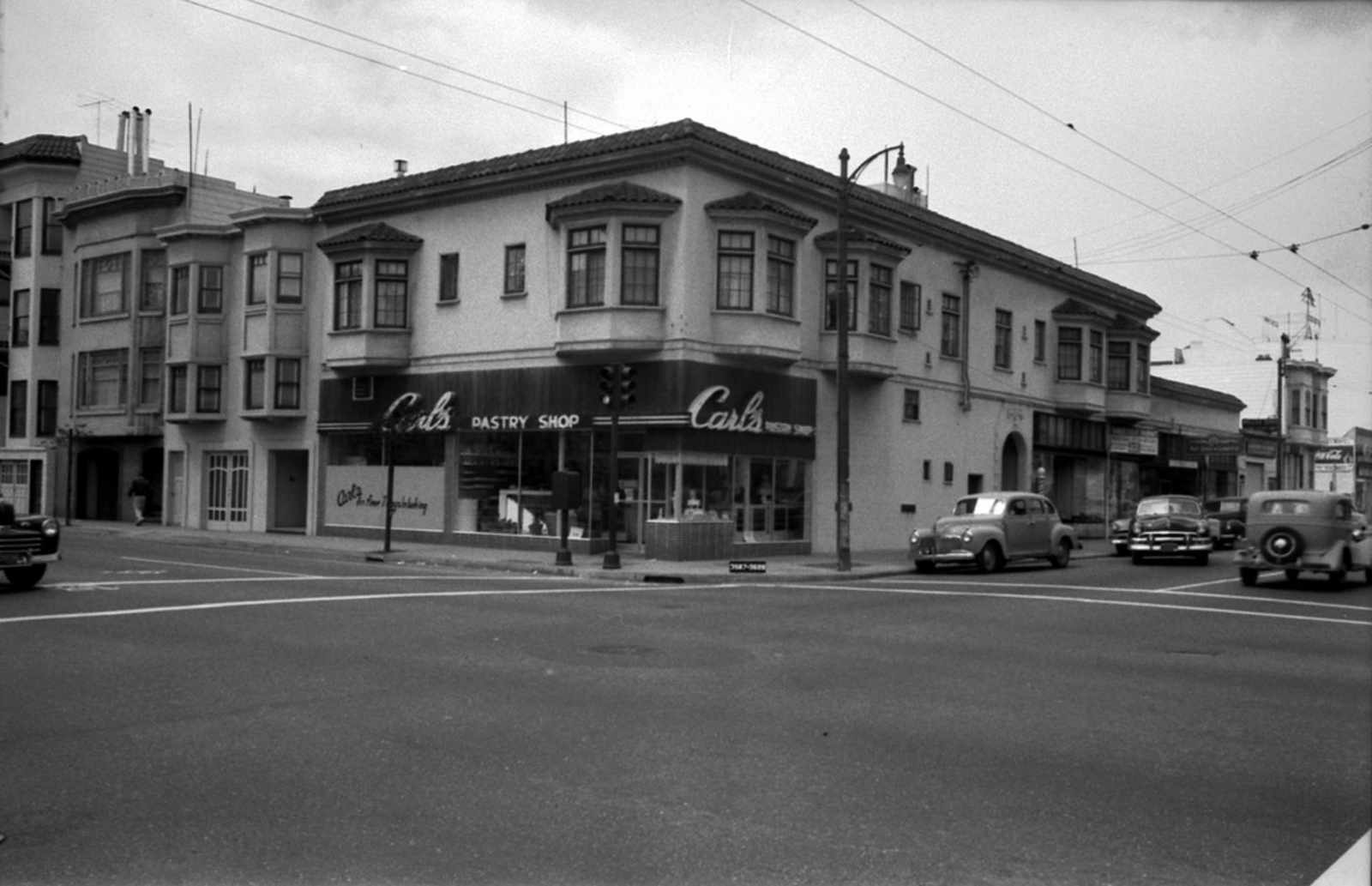 Carl's Pastry Shop at the corner of 18th and Guerrero in 1947, now home to Tartine. 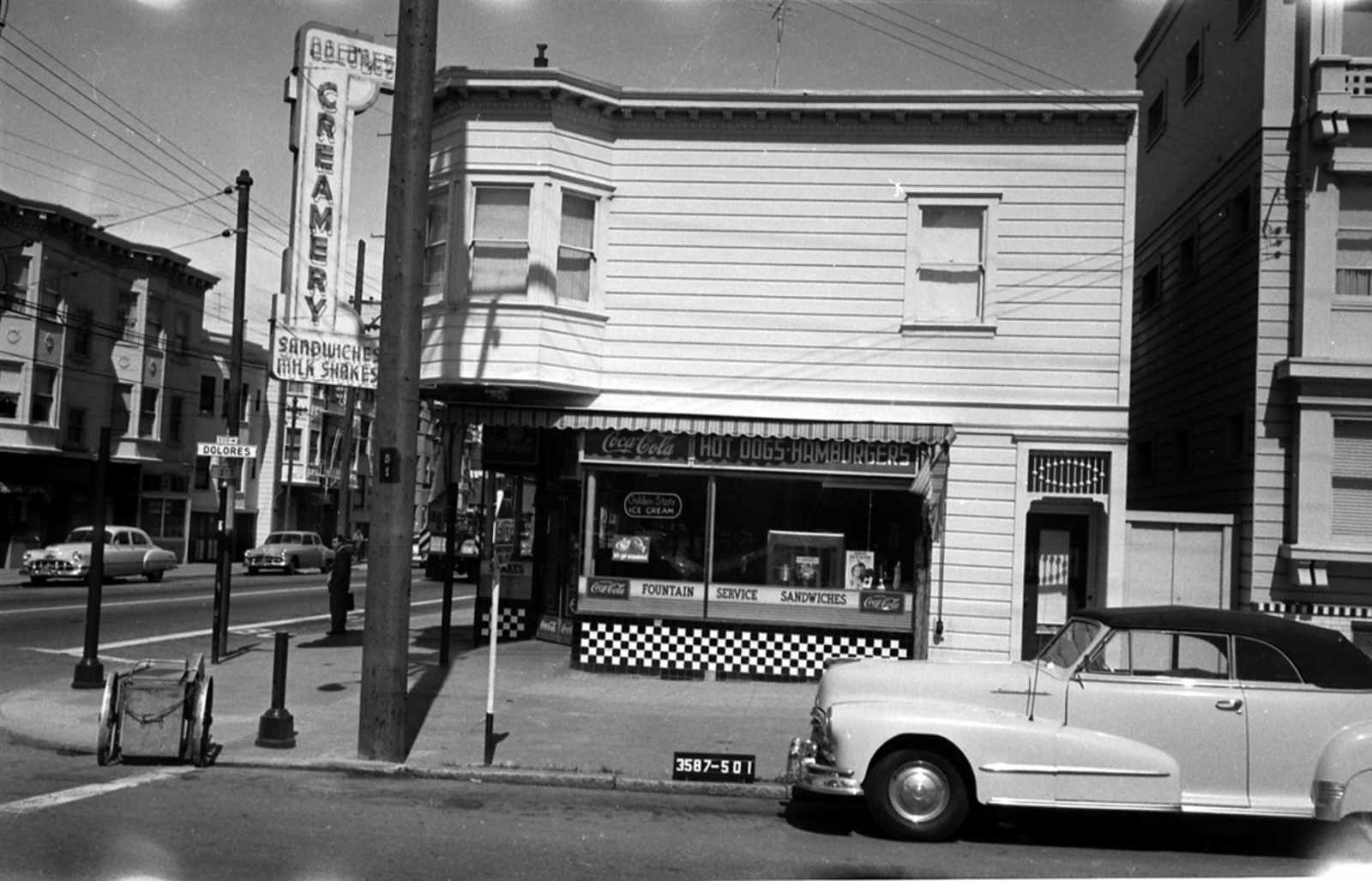 A milk shake and sandwich joint at the corner of 18th and Dolores, also photographed in 1947… 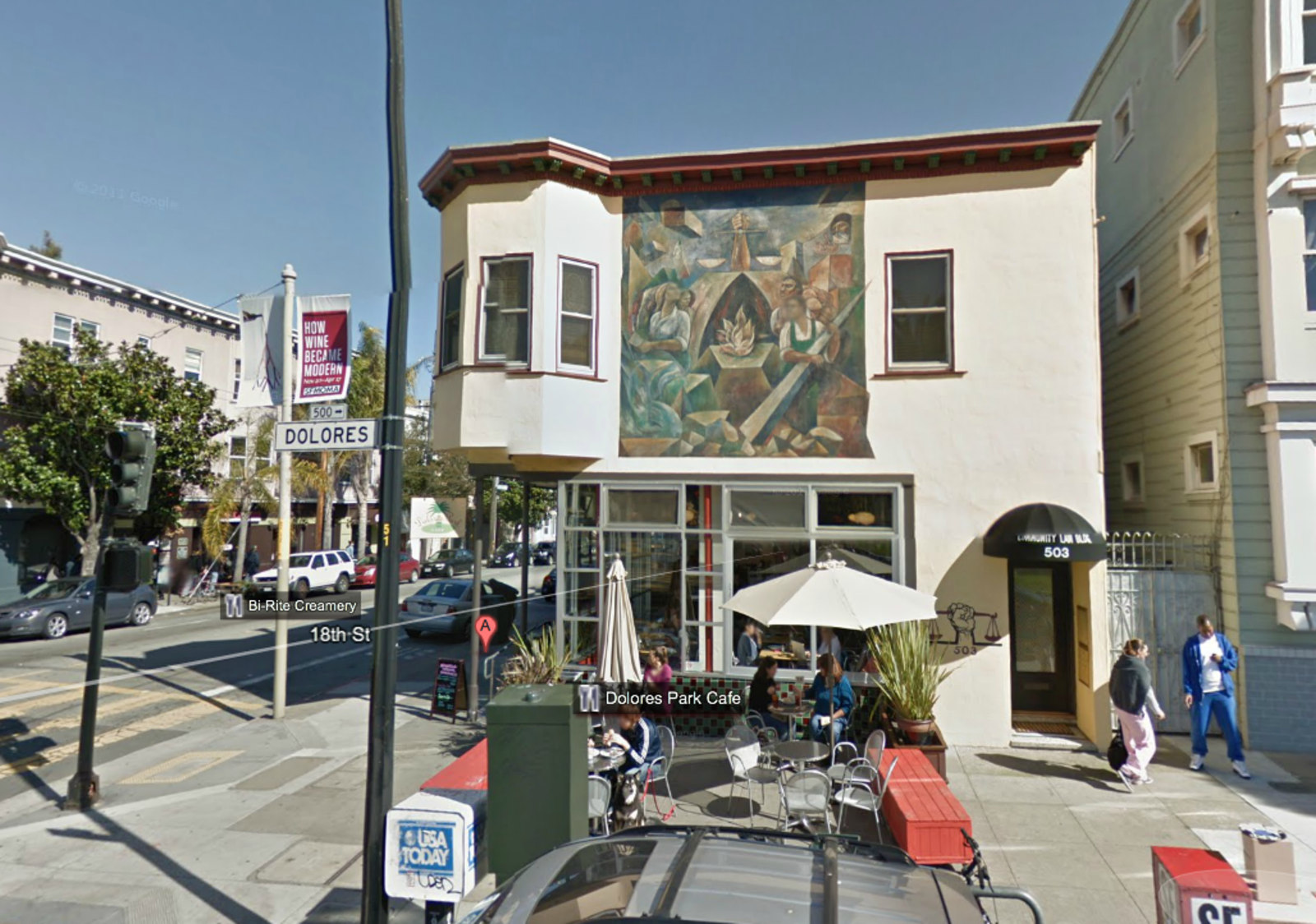 …which is the current home to Dolores Park Cafe (from the looks of it, they still have the same tiles beneath their windows). 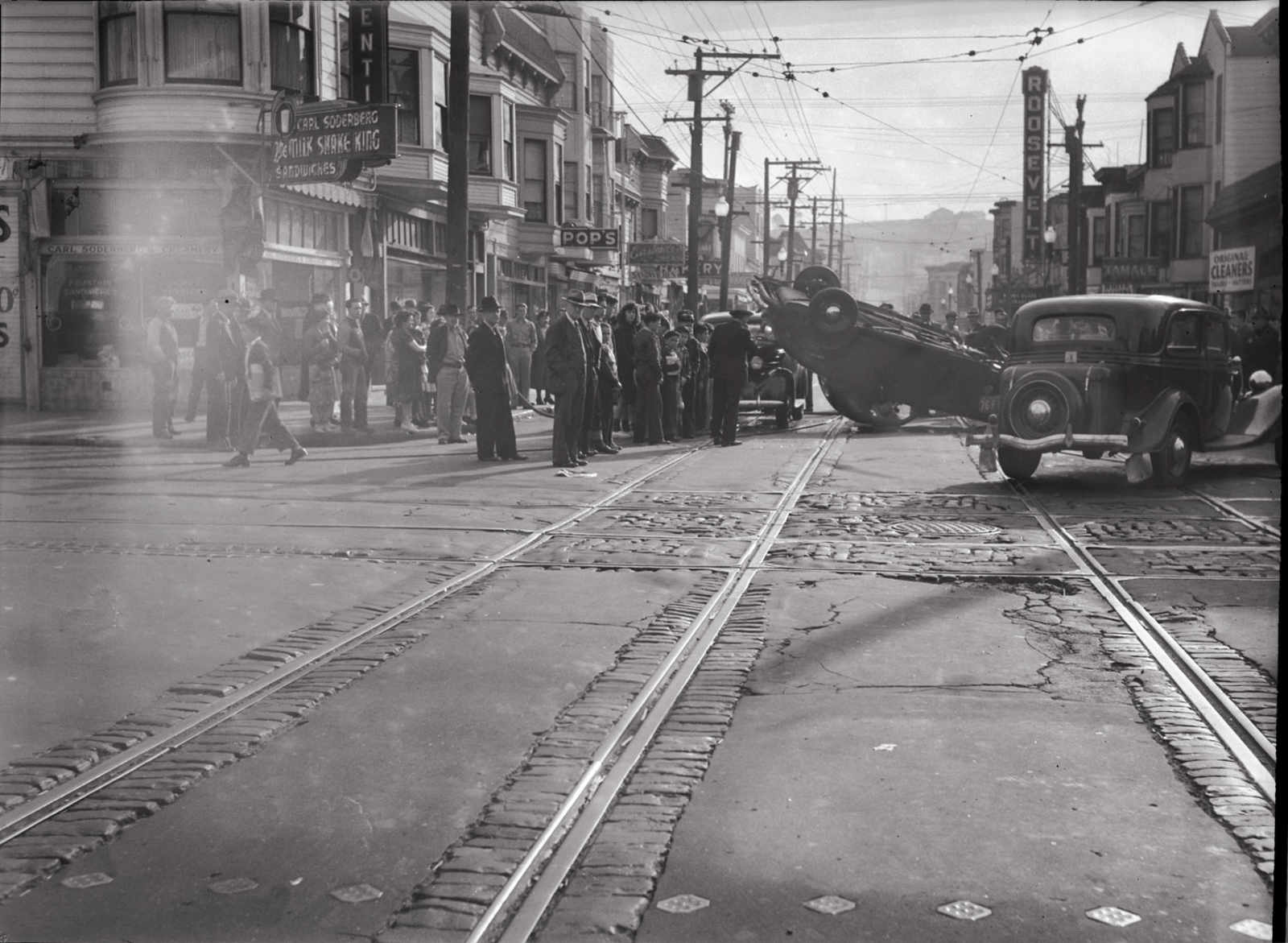 A whole bunch of the photos uploaded were of car crashes, which I guess were quite the social occasion back in the day.  Here we see some rust bucket flipped on 24th and Bryant, looking towards Potrero Hill.  “The Milk Shake King” is prominently placed on the corner, with the Roosevelt Tamale Parlor vying for attention mid-block.  But what's this?

Pop's, everyone's favorite urine-scented air hockey and dollar High Life dive, is smack-dab in the middle of the block.  Which means, at some point, someone thought it wise to toss that old neon sign in the trash and re-open the bar down the block.  Weird. 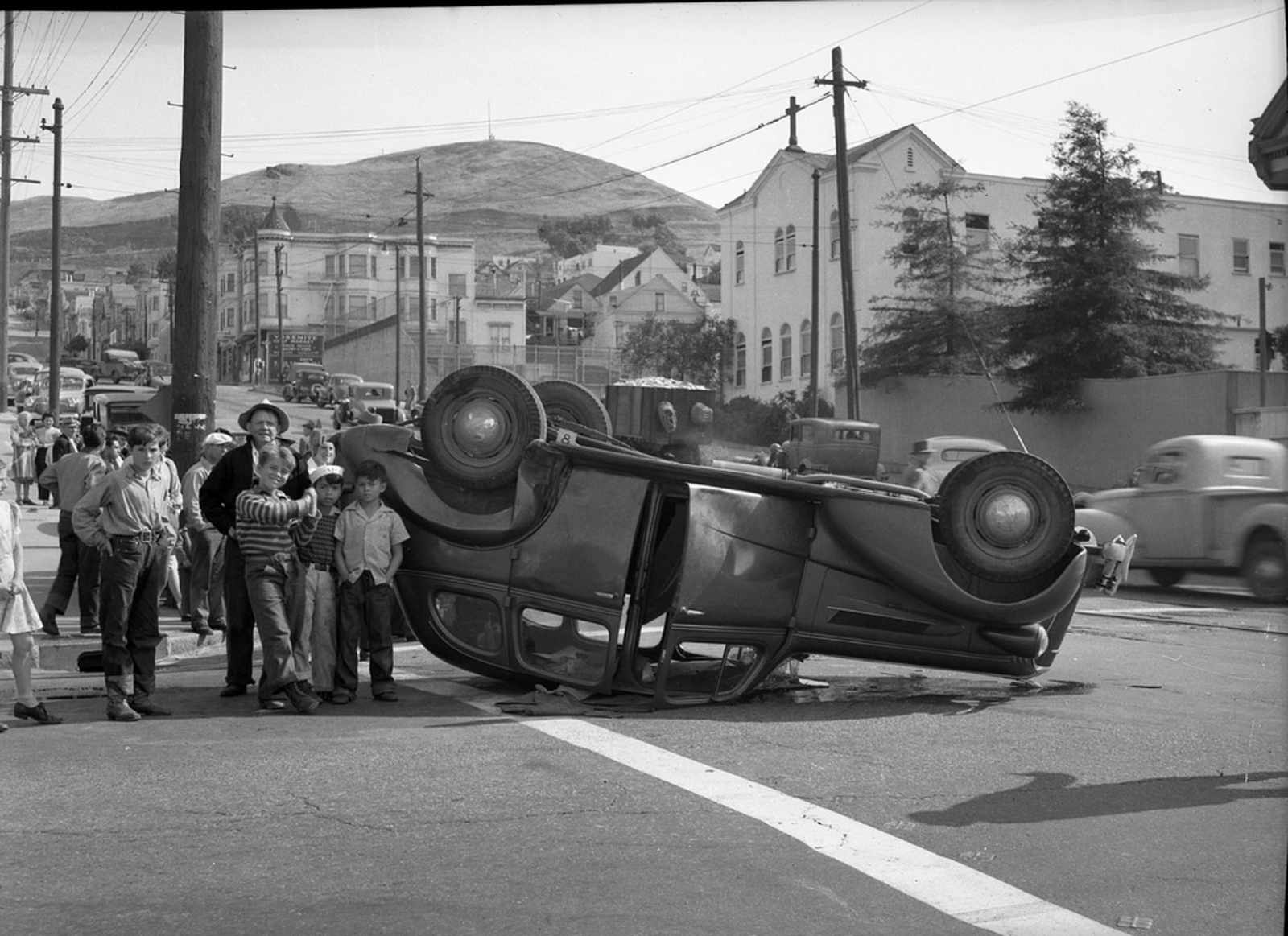 Anyway, here's another car that took a tumble.  The one at Folsom and Army in 1942, looking towards a still largely undeveloped Bernal Heights. 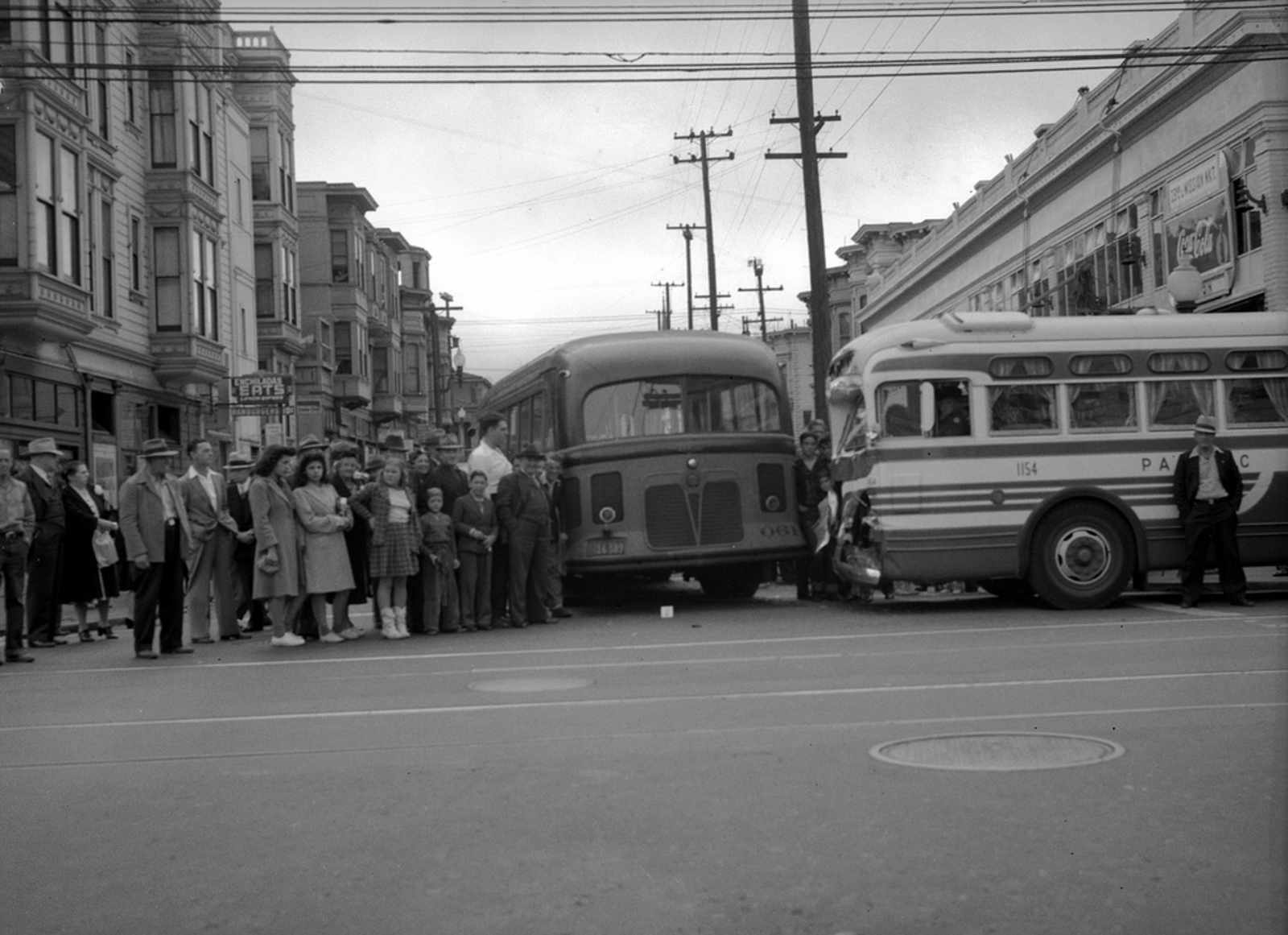 #MUNIfail, 1942-style (this one's at 23rd and Mission, with the present-day Walgreen's on the right). 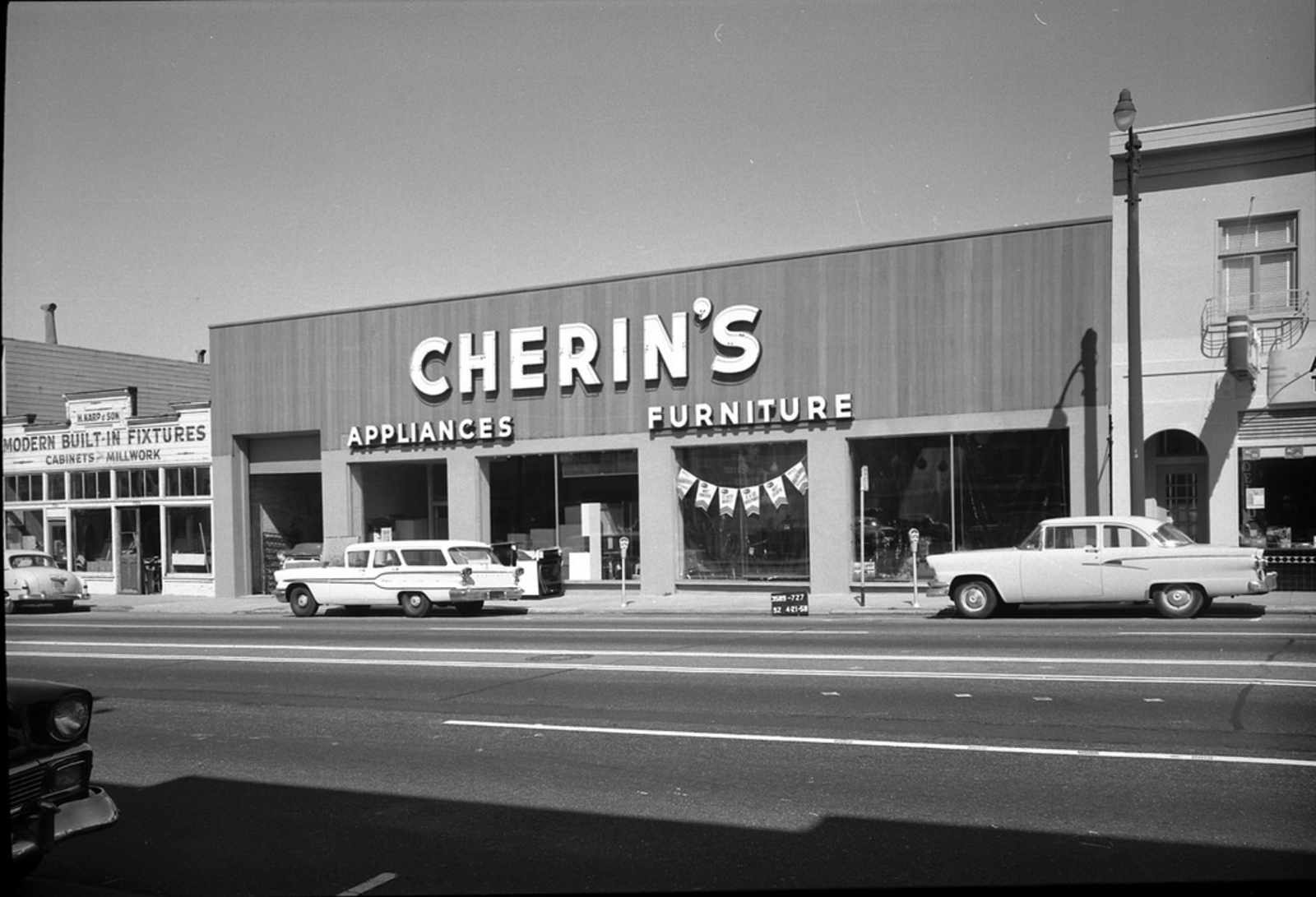 And, of course, some things never change.

[Should you feel so inclined, you can check out the rest of the dump on the SF Public Library's Flickr]

I can’t tell if that old location for Pop’s is where that park is now. I’d venture a guess that structure must have burned down at some point.

I want to know about Carl Soderberg, the Milk Shake King!