Police No Longer Down With People Peeing Openly in Dolores Park 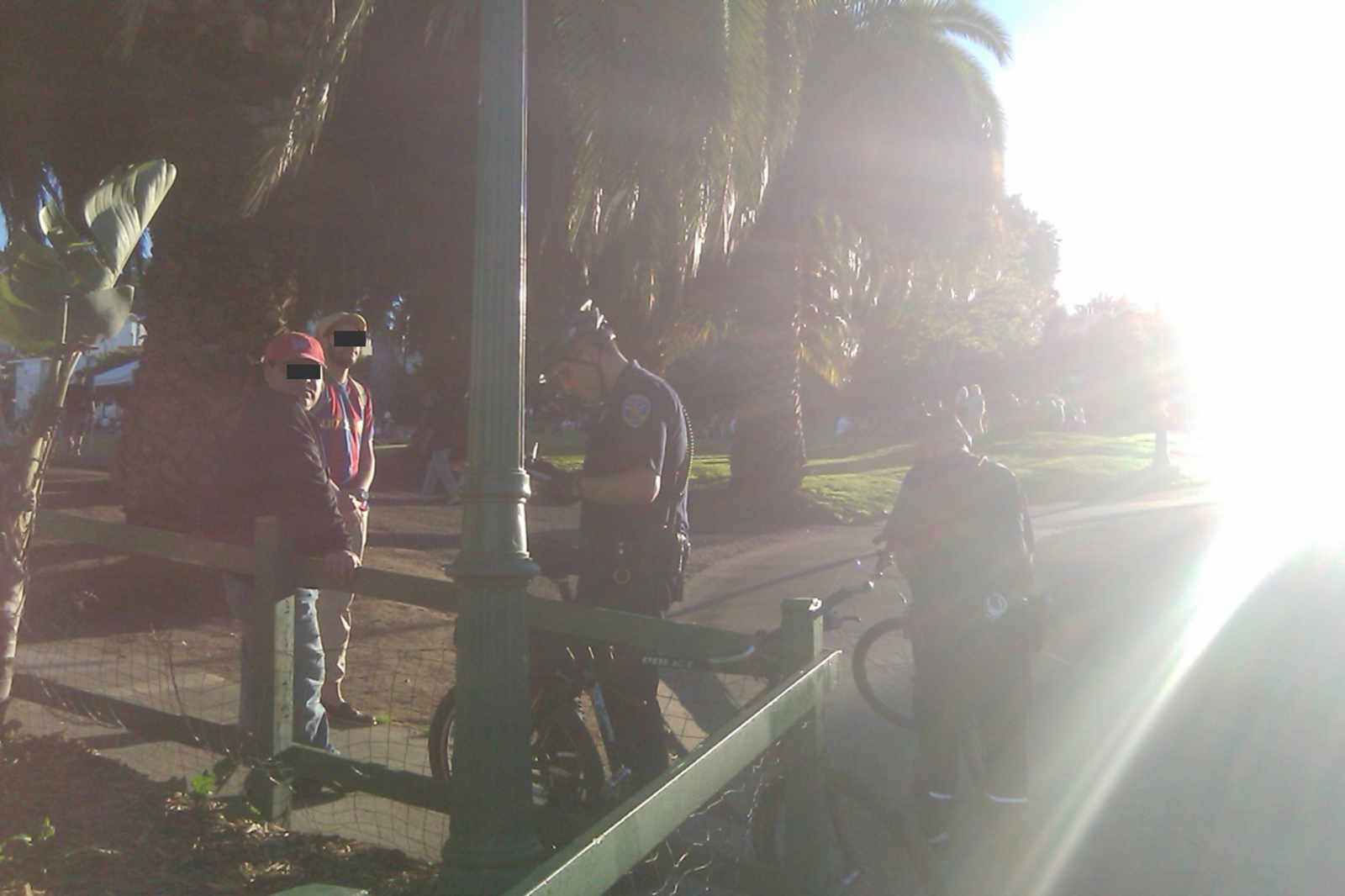 Ever since mankind ceased ambulating about on four limbs, and began walking this earth on two—man has peed on his god given ground. For thousands of years, man has micturated upon the earth.

Well not in Obama’s America. In #ObamasAmerica, the police state tells you where you can and can’t pee. And if they don’t like you choice of location, they write you a ticket.

All that “Obama plotted 9/11” mumbo jumbo aside, is it really fair to ticket people for skipping the gargantuan bathroom line altogether and tinkling on building itself when the city puts literally no effort in providing ample facilities?  I mean, it's the warmest weekend of the year, the park's packed, and sometimes you just gotta go.

[Photo and reportage by DVTDL?]

If you can’t pee in the park, the terrorists have won!

Sorry but you should plan better. Suck it up and wait in line, go before you arrive, or don’t be stupid enough to pee in an area where a police officer or others can see you.

Where is Princess Buspiss when we need her?

Too bad advocates from Dolores Park Dog killed the idea of a pissoir as part of the renovation plans.

People drink alcohol and pee all over in Paris and I think that’s pretty cool. It should be illegal if you pee on someone’s car, home, business etc but not in the bushes or on a tree.

Anyone want to walk around in a park that smells like urine? Maybe these classy chaps would enjoy if someone took a shit on their door step.

This city seriously needs more public bathrooms. Even those sort of standalone urinals that you see in Europe would be a great step.

Is it illegal for dogs to piss openly in the park?

And with James CBCW being arrested on Saturday, starting to think that the times are a changin….