A few weeks ago (November 21st to be exact) I woke up to find myself in a crime scene. My block of 25th St was tapped off by uniformed SFPD officers standing guard over a series of green plastic evidence markers along the side walk.  As I left for work, I realized just how huge the crime scene actually was. There were at least 4 more officers on the street, standing watch over similarly tapped off blocks of 25th from Potrero, all the way to Alabama. With all the evidence markers scattered about, my roommates and I chalked it up to a shooting, which is a reasonable assumption when you live in gang injunctioned Norteño territory. The thing is, there were no shell casings, impacts or any other tell-tale signs of urban gunplay. Plenty of our neighbors were outside looking equally puzzled, and none of them recalled hearing anything the night before. I trucked off to work, and had forgotten about it ever since.

It turns out that there were no gunshots. The crime in question was in fact a violent rape that began after a woman was followed along 24th St, and then attacked near Potrero. After strangling and punching her, the suspect raped her, robbed her, and ran off along 25th toward Alabama. The same suspect is believed to have stuck again last week, this time assaulting, raping and robbing a woman near the corner of 24th and Fair Oaks. Just like the November incident, the woman was approached and followed along 24th St, between the hours of 3am and 6:30am. Fair Oaks area residents, being of notably higher income than my own neighborhood, are already using their collective might to leverage improved safety measures out of the incident (such as better street lighting), and made those demands to police at a community meeting held last night.

This morning, the SFPD released surveillance camera footage of the suspect, who is described in both attacks as a black male, around 30, of medium build and between 5'9” and 6'.  As much as I'd like to support going all vigilante on this piece of shit's ass, call the anonymous SFPD line at (415) 575-4444 if you've got tips.

UPDATE I: SFPD have just released a new, more detailed sketch of the suspect.
UPDATE II: SF Appeal reports that the SFPD announced a $25,000 reward at last night's community meeting. 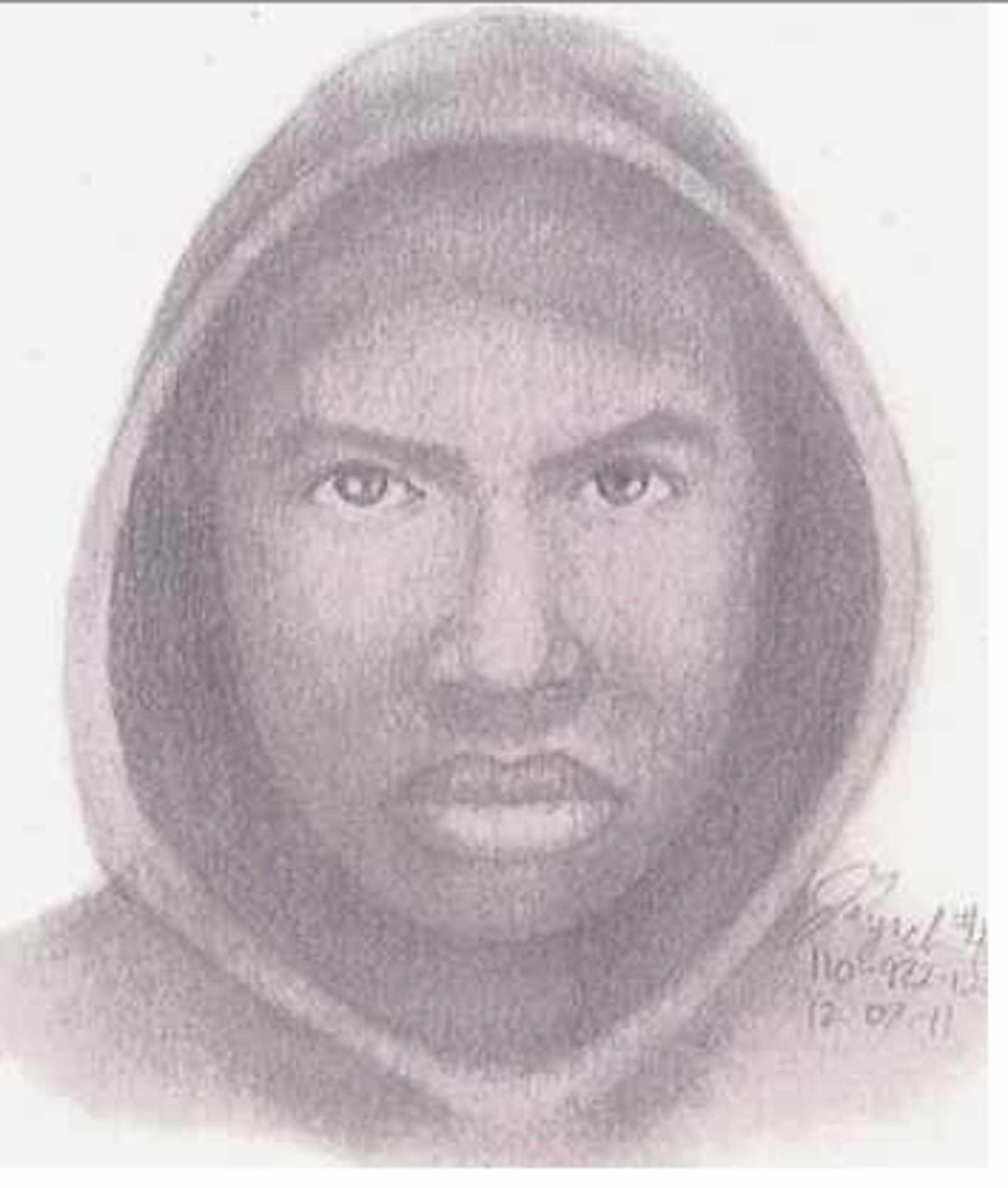