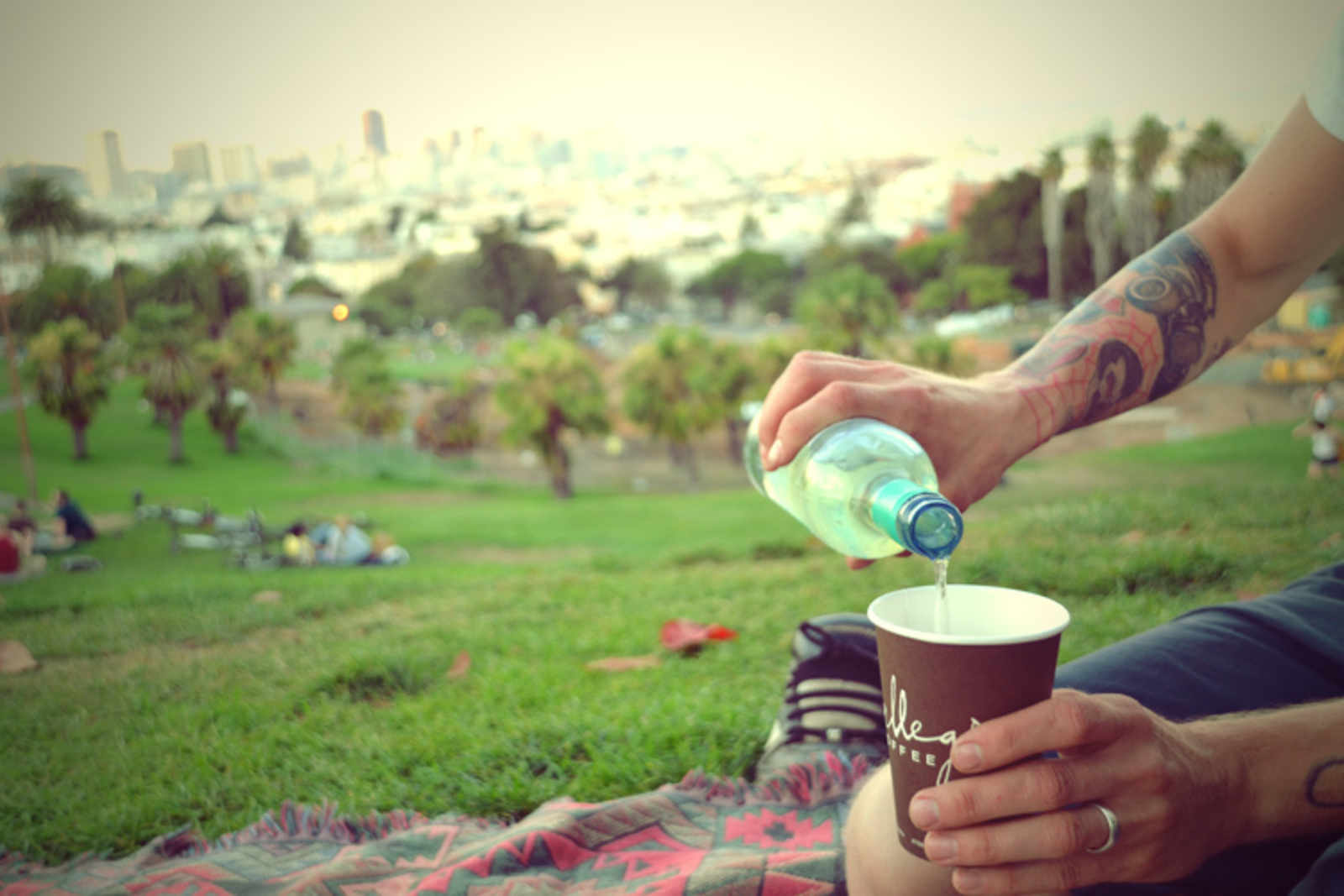 Vayable is a website in which qualified and unqualified people alike sell “tours” of various urban experiences—tours such as being homeless for 24 hours in the Tenderloin, or riding a longboard through Berkeley.  Think of it as an OkCupid for people who want to have 2-6 hours of awkward conversation with a stranger that doesn't result in sex.

Well, now said tours have made their way to the Mission and its sloping mating grounds, Dolores Park.  But the tours of Dolores aren't being offered up by people who 'get' the park.  Oh no.  Take the $30 and two-hour-long “I Came, I Drank, I Judged”:

Do you ever notice that on a beautiful Indian Summer afternoon, all the beautiful people come out and play? I don't. I'm fairly certain that the reason why Dolores Park is so popular on the weekends is that it's a wonderful place to go when you need a boost in self-esteem.

Feeling like an underachiever? Look at those kids slacklining - someone tell them there's no real world application for that BS. Feeling frumpy? Everyone is in hoodies and one-size-too-tight leggings. Feeling retarded? There's always someone who's high on a mystery and acting acting retarded-er. It's the perfect place to people watch, and more importantly, judge to your heart's content.

I'll bring some wine and cheese and teach you how to pair them, as we judge the hipsters around us - because everyone knows that Confucius said, “Judging is best done when you're stuffing your face and getting drunk.” So come out to the park, we'll imbibe, we'll indulge, and we'll JUDGE the crap out of everyone sitting nearby.

For: People that want to partake in wine and cheese… and judge those hipsters in the park.

Cost Includes: Wine in a red cup. Red wine. This is california. We drink full bodied pinots. Get a little culture will ya? Sheesh. Also, Cheese. I'll be bringing a blanket.

I take issue with almost all of this—mainly that smug tour guides give everyone who downs wine and cheese in the park a bad name.  And what kind of bullshit is that?  There's nothing I love more than cruising by the park after a long day of summertime work and enjoying a nice jug of Carlo Rossi while sucking the nitrous out of cans of Easy Cheese.

But it goes beyond that: if everyone goes to the park to boost their self-esteem, then what does that say about you and the guy who's violently jacking-off under a blanket sitting next to you?  You go to the park and belittle 'frumpy' girls just to feel better about yourself; meanwhile, the dude with his goddamn gear in one hand and the meth pipe in the other is plenty happy with his life and those girl's—including, coincidentally, your—looks.  Has this semen-spewing lunatic found the secret to love and happiness amidst an ocean of depression, unemployment, and chunky thighs?  Or is this tour just being offered up by some sad sack who can only get people to hang out with them in Dolores Park by masquerading as a tour guide?

You can draw whatever conclusion you'd like, but what I'm saying here is you'd be better off spending that $30 on a bag of crystal and a bottle of Jergens.

I’m especially curious about who, if anyone, actually shells out money for this “tour.”

Umm…Are people really going to pay to hang out with her? And $30 at that….?

It’s very sad indeed. How pathetic can you get? Who the fuck would want to pay to hang out with these conceited douchebags? What’s even more bewildering is someone feeling so desperate they need to put other people down to feel any sense of self-confidence. It would really be horrible if someone throws balloons filled with piss and ass juice at their little Whine and Dickcheese party.

I think you might be onto something with this semen-spewing lunatic, Kevin.

Someone that fat shouldn’t be making fun of anyone.

I make of DP losers every time I can.

THERE’S NITROUS IN EASY CHEESE???? Why am I always the last to find out?

I was repulsed by the description of this tour, but then I clicked through and was surprised to discover that I kind of know this girl. In person she’s very funny and yes, very snarky, but in an endearing and surprisingly humble way. And she judges herself harder than anyone else (isn’t that always how it goes?). So for all the hater haters: yeah, offering this tour was a poor choice, but she’s a good person and she’s definitely not like this makes her look.