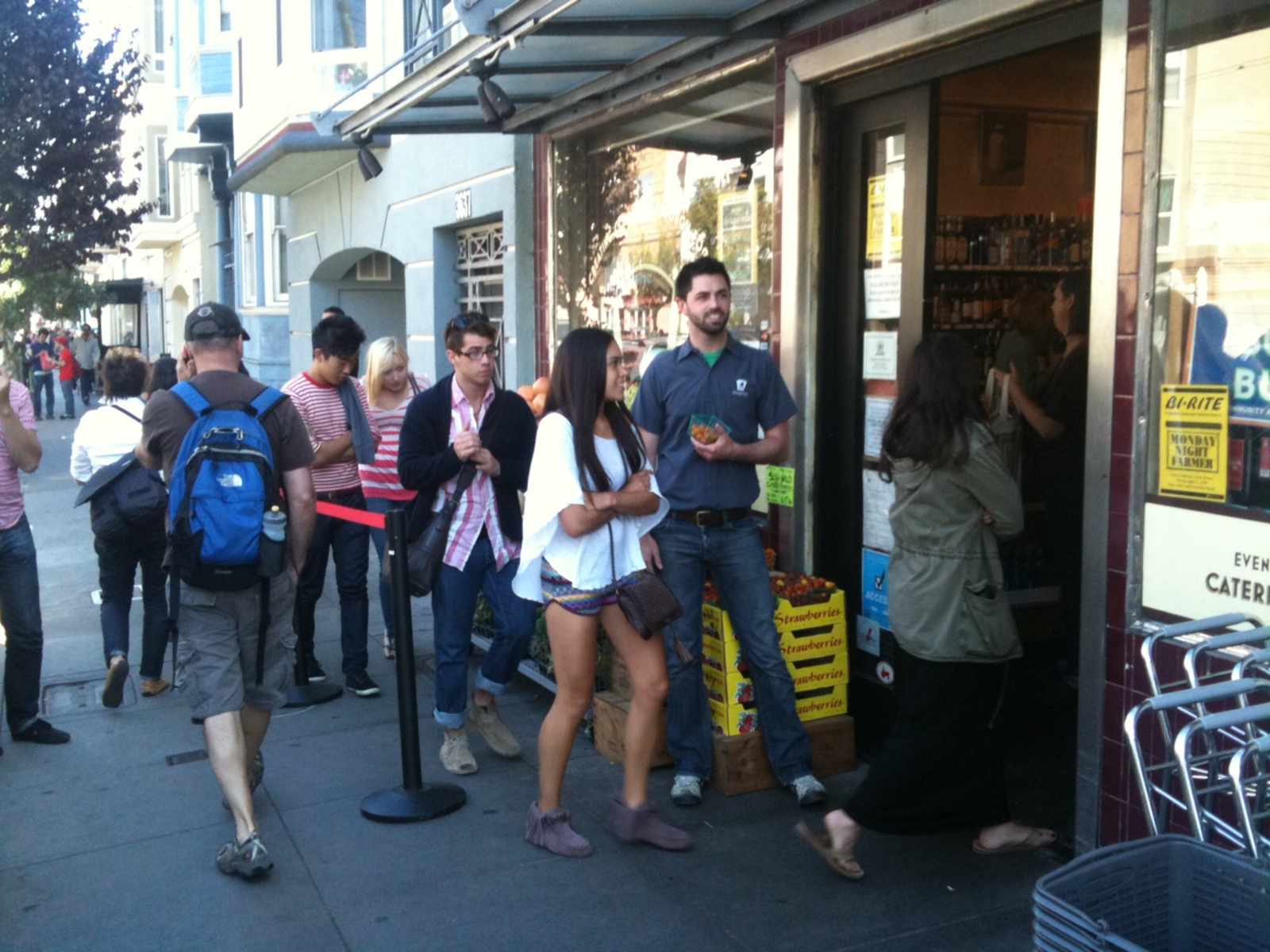 Bi-Rite and their new weekend bouncer.

San Francisco Magazine, a 7x7 for people who read good, published a gushing review of Bi-Rite Market's business model.  Everything in there makes it sound great: owner Sam Mogannam is hands-on and willing to jump in to do menial work, he'll financially bail out his suppliers when they hit rough patches, he closely observes customer demand to tweak the product offering, and the market is uncompromising on the quality of their goods.  However, the real kicker is business has grown by roughly $1 million/year since it opened, with sales of $13.8 million in 2010, eight times the sales per square foot of a Safeway.

Business aside, the best part of the entire article was its brief focus on Sam's early days at Bi-Rite, prior to owning and operating it:

When Mogannam was 15 years old, the market was owned by his father and uncle. The Mission district hadn’t yet been discovered by a generation of tattooed 25-year-olds happy to stand in line for a $3 latte. Just up the street, Mission Dolores Park was popular with unemployed men who spent their days drinking fortified wine, some of which they bought at Bi-Rite. Though he was not yet old enough to drink, in 1983 Mogannam asked his father if he could remerchandise the wine department. He got rid of the Night Train Express, MD 20/20, and Ripple, and on the advice of the store’s wine reps brought in their strongest sellers—Sebastiani, Robert Mondavi, and Beaulieu Vineyard. The drunks found someplace else to shop, and Bi-Rite’s wine sales soared.

On that note, the other day I was sitting in the park near the balding wino casually known as “the Hunter S. Thompson of Dolores” (as he's always drunk, can be generally found yelling like a lunatic, and consistently dons a white bucket hat) and he was doing his usual wasted stumble and scream around the park.  A passing girl, clearly struck with disbelieve that this man can afford to be drunk again, let out a big sigh and scolds, “I want to know who your wine supplier is.  Who the hell is giving this to you, because you sure as fuck cannot afford it yourself?”

The man stood there erect for a view seconds, his head cocked to the side as he desperately tried to focus his vision.  “I just steal it from Bi-Rite!” (Two seconds pause) “Wait, are you a cop?!”