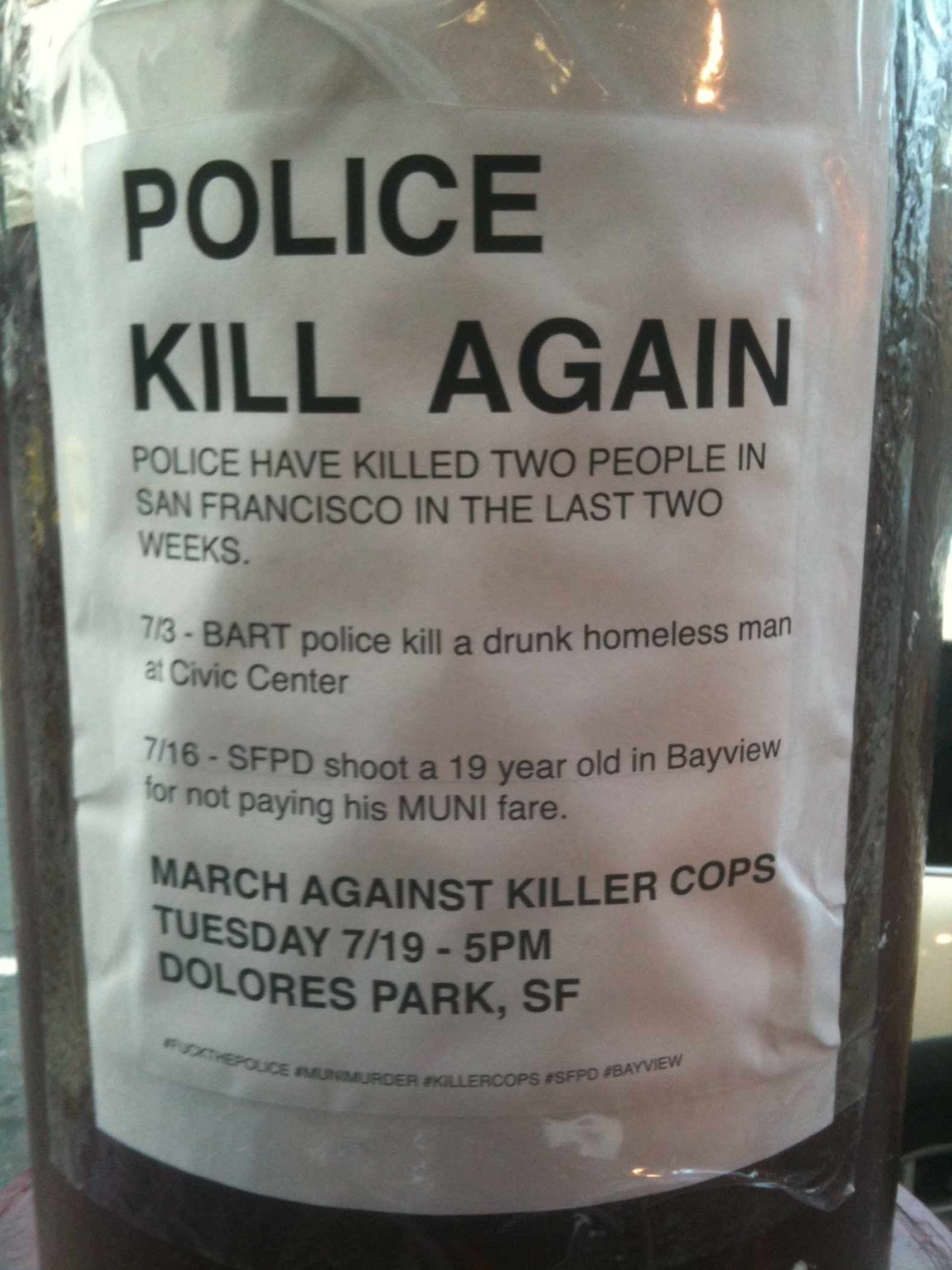 I'm always down for a good protest, but claiming that Saturday's shooting victim Kenneth Harding was 'murdered' for “not paying his MUNI fare” is a bit of a stretch.  If you've been reading Tumblr recently, you might have missed this:

According to the Chronicle this morning, SFPD identified the victim as 19-year-old Kenneth Harding a parolee from Washington State who was also wanted by Seattle police as a suspect in a shooting that left one 19-year-old pregnant woman dead and three others injured last week.

Police say the victim fired at them during the chase, prompting the officers to fire back several shots. The man was taken to San Francisco General Hospital where he later died.

Now, I've been alive long enough to not trust the police when they claim a victim fired the first shot (remember Mehserle claiming he thought Oscar Grant was reaching for a gun?), and I do believe everyone deserves their constitutionally-guaranteed fair trial.  It also seems excessively inhumane for the police to just let the guy bleed out on the sidewalk with their guns drawn and refuse him any medical assistance.  But this man doesn't strike me as a character to prop up as a civil rights victim.

Anyways, I'm sure this will make for some good theater and protest tourism, so perhaps I'll take a break from my busy boozing schedule gawk at the absurdity.  And if you need to tweet about it, the organizers have suggested these clever hashtags for your “digital rocks through the windows of government”: 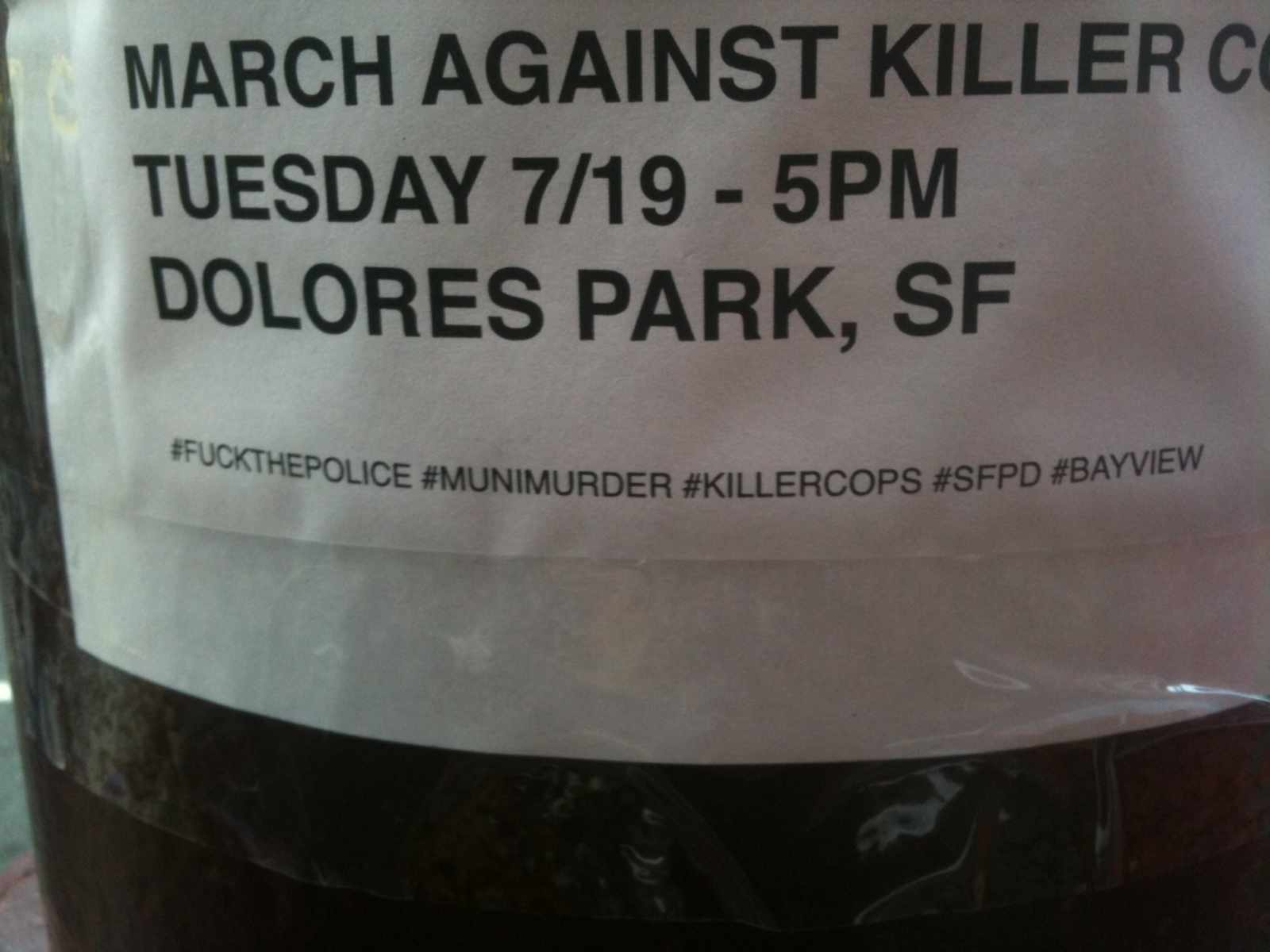 this dude was on the run and brought a .45 into the hood and people want to rally around him? give it a fucking break. guaranteed gonna be all white kids…

pure bullshit from San Francisco’s Professional Leftists. The guy was on the run, he had a gun, he was a convicted child rapist, he didn’t pay his fucking fare, if he had then there’d be no reason to write him a ticket, he knew he had warrants and ran away and SHOT A GUN at cops. This guy is our new poster child for lefties and radicals to rally behind? Sorry, the rest of the world isn’t shedding a tear for a rapist who was involved in the shooting of a pregnant woman, and this “protest” will achieve NOTHING. Hopefully they can call in the National Guard to put this riot down good and hard.

What were the cops supposed to do exactly- pull the bullet out of his back with their bare hands?

This dude also just got out of prison in Washington after serving time for trying to force a 14-year-old girl into prostitution.

Yeah, what a tragedy.

Hippies do love a good protest though

“THAT WAS HIS CELL PHONE!” was my favorite remark I heard about this incident.

I always take the cops story with a grain of salt, but this seems like a pretty blatantly clean shooting.

Is this the first use of IRL hashtags? I hope this doesn’t become a trend.