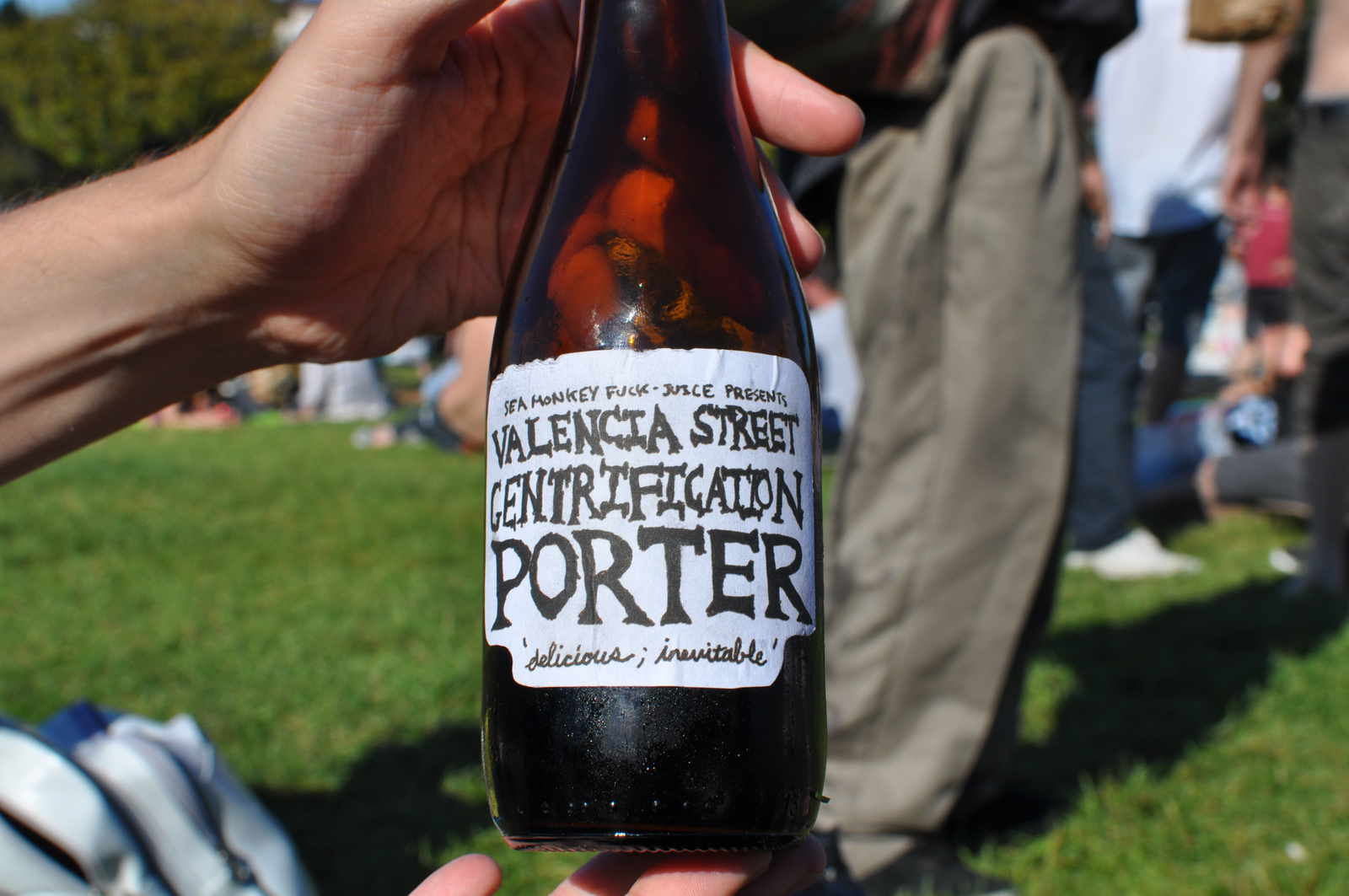 Ever since the FDA ban of Four Loko, I've felt that the next logical and questionably legal step in the alcohol-and-stimulant game was to combine beer with Viagra.  Considering the brilliance of Sparks and Four Loko was giving consumers the ability to get hammered yet stay alert until sunrise without slamming lines of cocaine, it only seems sensible to have a beer that prevents whiskey dick.

As it turns out, depraved minds think alike.  Sea Monkey Fuck-Juice (yes, that's actually their name), the local brewers behind the “delicious; inevitable” Valencia Street Gentrification Porter, claim to have fused the two lascivious substances together:

My grandfather once said to me, “Son, you can lead a horse to water, but a man you should lead to beer.” For him, brewing beer was more than just a way to make the days go by. Nothing came before beer, not work, not raising his kids, not even his own health. The only thing he loved half as much as beer was a small collection of Sea Monkeys he kept in a glass jar on his bedside table. Deep down he knew they were just brine shrimp, but that didn't stop him from loving those little creatures with all his heart. Every night he'd throw in a chicken leg or two to keep his pets fed, and every morning he'd clean out the jar and start over because Sea Monkeys don't eat chicken.

By now you've probably worked out the secret ingredient in my grandfather's recipe.

The hardening effects of the beer aside, the brew is quite delicious; and I typically hate porters.  Smooth without lacking flavor, just enough hops to give the beer some taste without offending the palate of the PBR crowd: it's the perfect beer for summer.  The beer is even carted around Dolores Park in a Google-branded duffel bag, an obvious nod to the porter's name, which one of the brewers claim was a consolation prize for a failed interview at the company.  Best of all, they sell these homebrews for the same price as Cold Beer Cold Water flips his generic brews.  And while they lack the swagger and sex appeal of the kingpin of illicit alcohol sales, they make one helluva product.

I’m sure its very affordably priced and not ironically expensive.