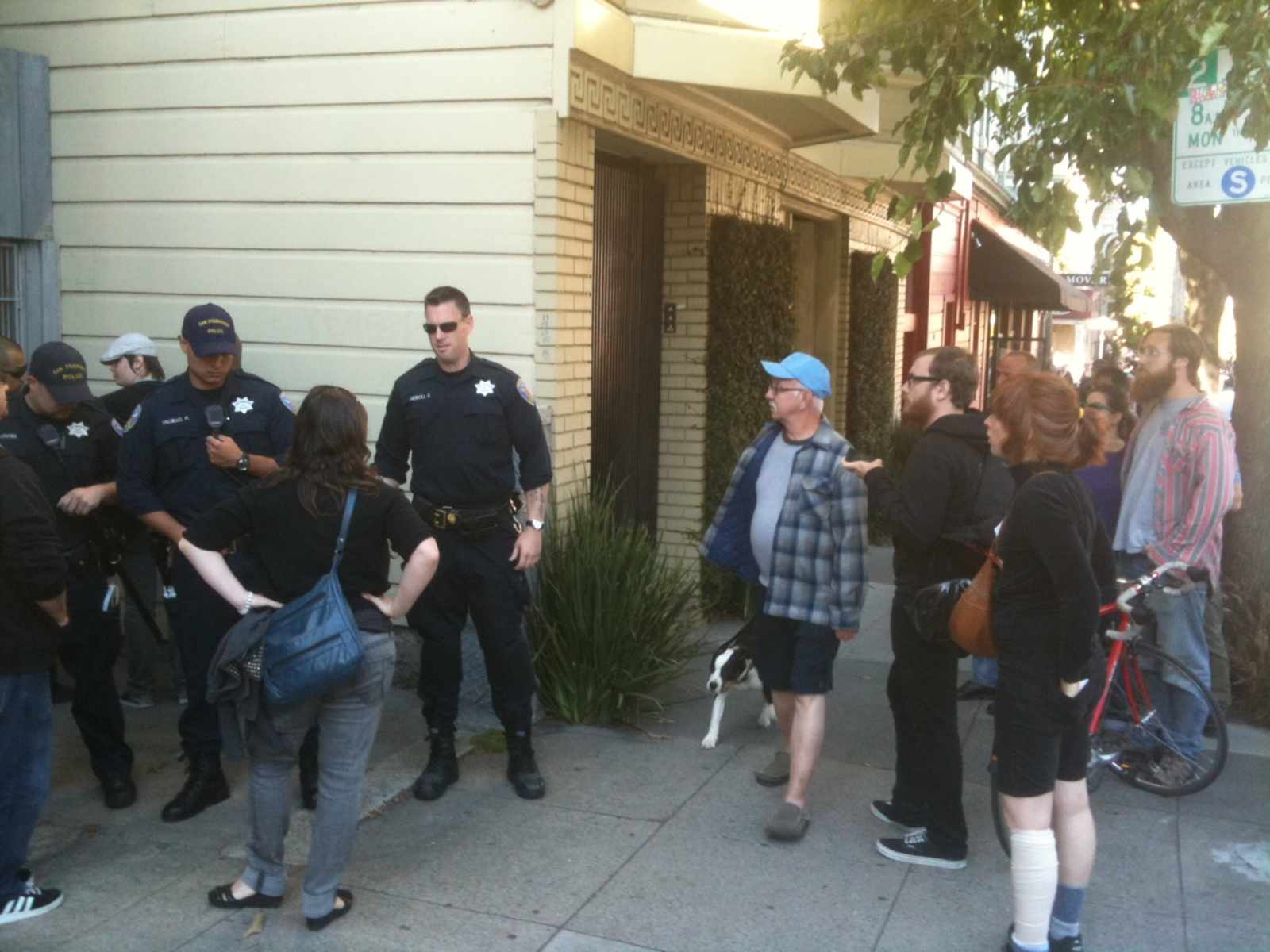 A bearded man “visiting from L.A.” was attacked by three lady “FUCKING FAT ASSES” (his words, not mine) while photographing the protests along 18th in the Castro.  After being punched a few times, getting pushed into a fixie (pictured right), and having his “favorite [flannel] shirt” ripped to shreds by his attackers, he became irate, screaming at SFPD about his savaged shirt and the “FUCKING INJUSTICE” that they stood by and watched them attack him without doing anything.

After a few minutes of listening to him yelling, the police stormed the entire scene and slapped some cuffs on his attackers, causing two kids carrying skateboards and wearing all black to start heckling in the oh-so-typical Castro tone, “OH MY GOD, IT'S A HIPSTER TRAGEDY.”

Fat chick on hipster violence is the new grab a woman and throw her in your creepy van.

My new band, Hipster Tragedy, will be opening next week at the Bottom of the Hill.

We’ll be the second opening act, going on at 2AM. We still need a drummer. Are they hard to find?

Can I get a “Hipster Tragedy” band t-shirt if I don’t plan on wearing it ironically?

a man gets punched for no reason and then you label him a hipster and belittle him? this post reads like a tabloid written by a superficial 14 year old girl.