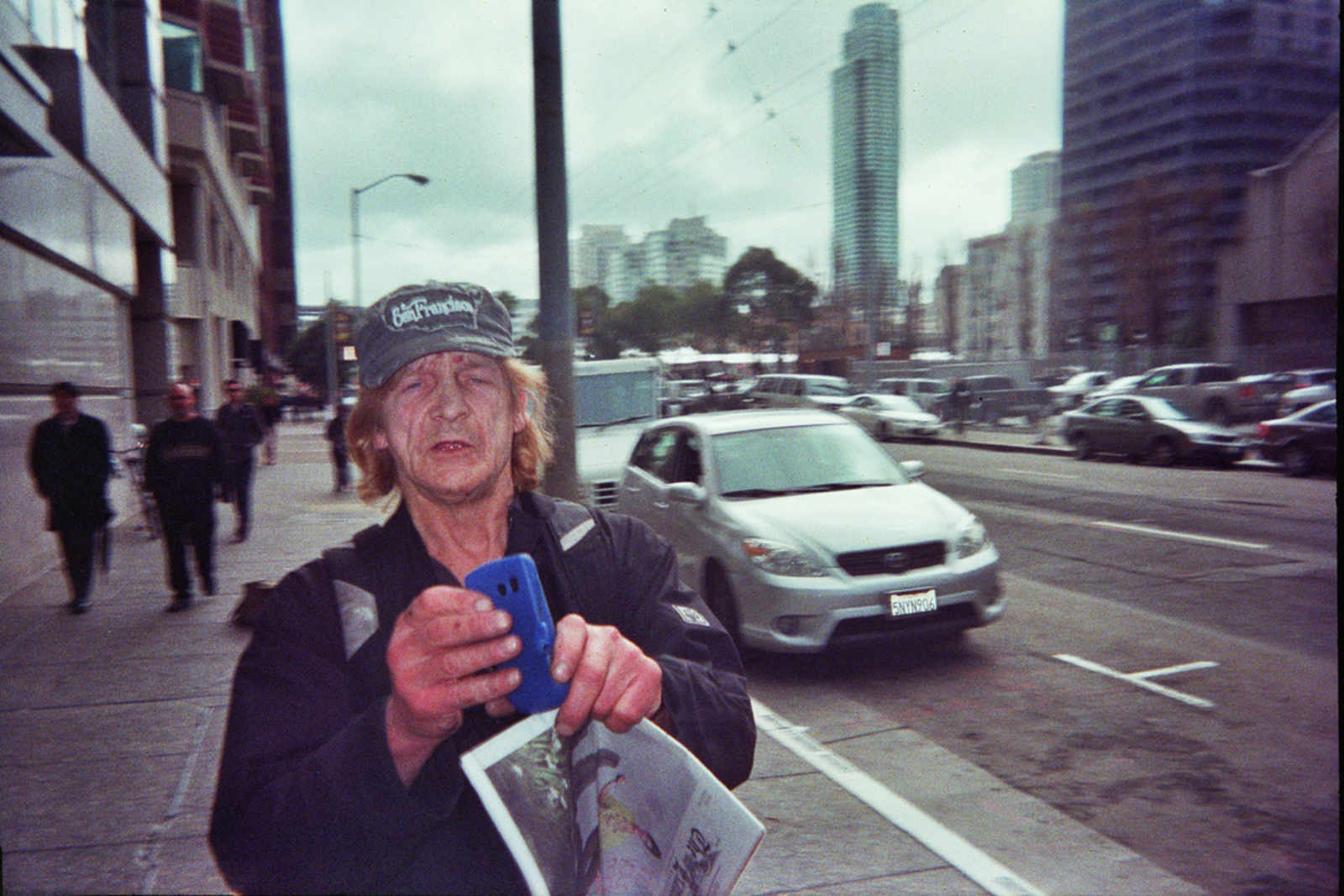 We all know that photographing bike thieves is nothing new.  The Mission has unmasked Bobby the Bike Thief (who's rumored to have moved to the hilltop oasis of Bernal Heights), mid-Market has its share of crack fiend and pony-tailed thieves, and this stunning beauty was recently exposed by local photographer Adumb Egan.  While SFPD might never make bike thieft a priority, it's always rad to hear about people watching out for these guys and getting people their stolen property back, as Austin Kamps was recently able to do:

Ran into this guy today. I watched him creep around Montgomery street for a while from a distance, until he found “his” bike.

He finds a bike and then pretends to talk on the phone for a few minutes, then takes his tool out and hides it behind his phone while he unscrews and yanks the seat/post. This happened about a block away. After he did that, I followed him a bit and snuck up to him/scared the shit out of him and ripped it from his hands as he was trying to put it in his bag, then i gave him a “nudge” into the street with my foot. We went back and forth for a bit then he ran off. I ended up getting it back to the owner when he came out a few minutes later.  Saddest part was that there were 4 people around him watching him do it, they knew what was happening, they did nothing. If you see something bad happening do something, put your life on hold for a second and help out if you’re able. Don’t let creeps like this ruin someones day.

I have lots of photos of this guy, and have had to deal with him @ my work a good bit. Nice clear photo

How much meth can you get for a used bike seat? Who’s buying these? Odd.