Politicians Take Over The Mission During Sunday Streets 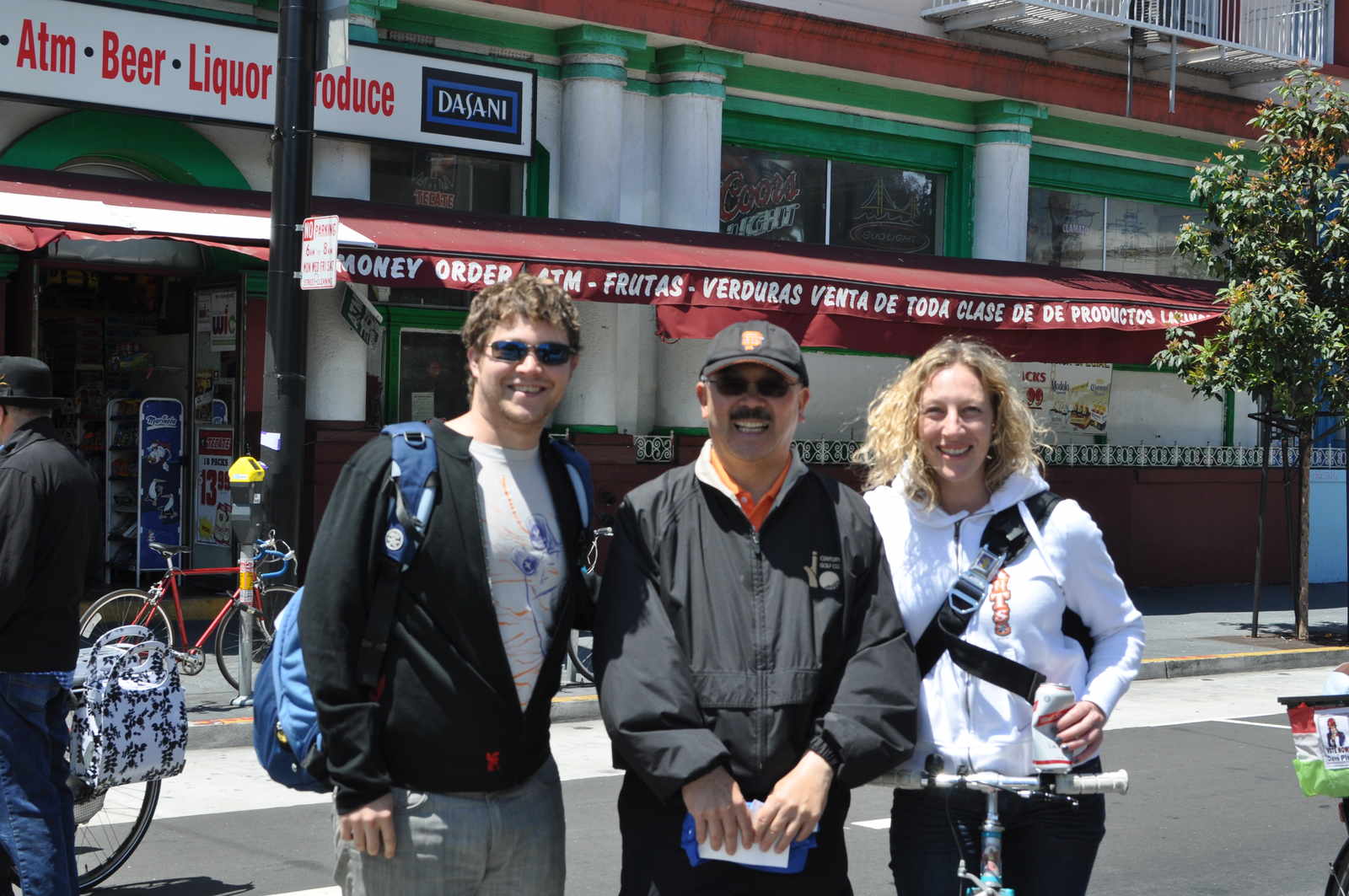 Once again, Sunday Streets proved to be a solid community event in which San Franciscans were begged to imagine what Valencia and 24th could look like without traffic and given the opportunity to complain about the wind's affect on their collective haircuts.  Unlike Sunday Streets in years past, in which the event was dominated by art bikes, kids going ape-shit with boxes of chalk, and music, a few politicians were out there not letting you forget 2011 is an election year.

Perhaps the real highlight of the whole day had to have been our human-mustache hybrid mayor, Ed Lee.  There he was, walking down the middle of Valencia with two or three innocuous bodyguards with his head slightly down and a Giants cap and sunglasses hiding most of his face.  Gavin Newsom, this man is not.  Rather than making the entire event about how he attended the event, Lee generally kept to himself, yet kindly offered to chat with people and crack a wide smile for a photo when approached.  He didn't even seem to give a shit when a bunch of kids holding brown bags and Red Stripes ran up for a photo.

And like every quality Ed Lee photo-op, the scene turned into a high-five party.  Joined by Phil of Philz Coffee and mountain bike pioneer Gary Fisher, the mayoral crew began 'giving skin' to passersby: 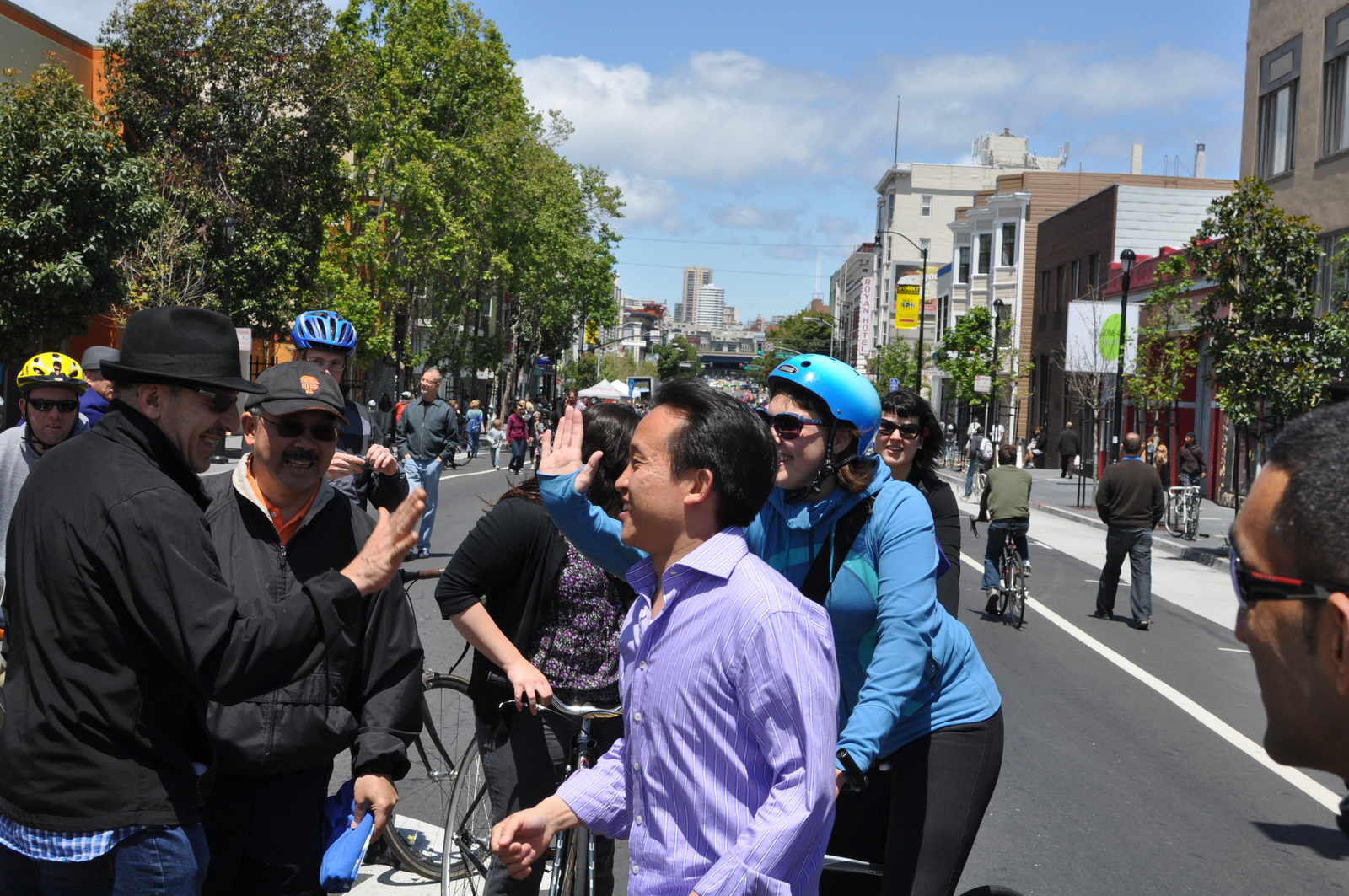 Then, sensing an opportunity to be hip, President of the Board David Chiu ran up to the scene like a high school math nerd who was just waved over to the cool kids' lunch table, dolling out slaps, fist bumps, and immediately making the situation kinda awkward.  That's not to say I don't like David Chiu—I'm sure he's a fan-tastic guy—it's just if you're going to throw up your sweaty palms with the mayor, you best bring your A game. 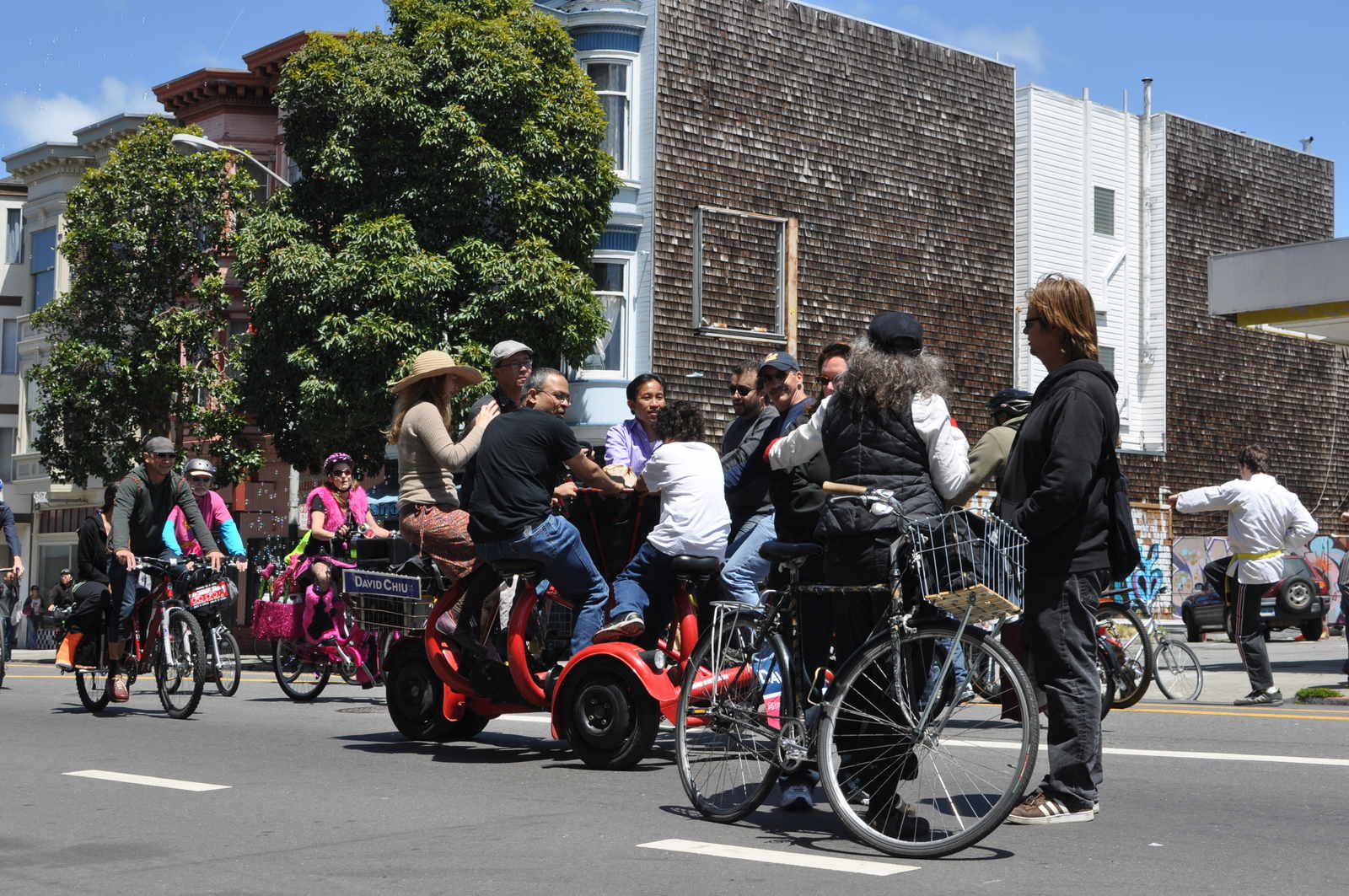 Shortly after the high-five party crash, David Chiu mounted his conference bike, cranked up “Hey Ya!” and rolled down the street while a girl dressed in pink shaggy carpet blowing bubbles acted as sweep.  Gutsy music choice.  On one hand, it's a Top 40 hit safe with families and Noe Valley, but on the other hand, it wasn't Gucci Mane.  We'll give him a pass on this. 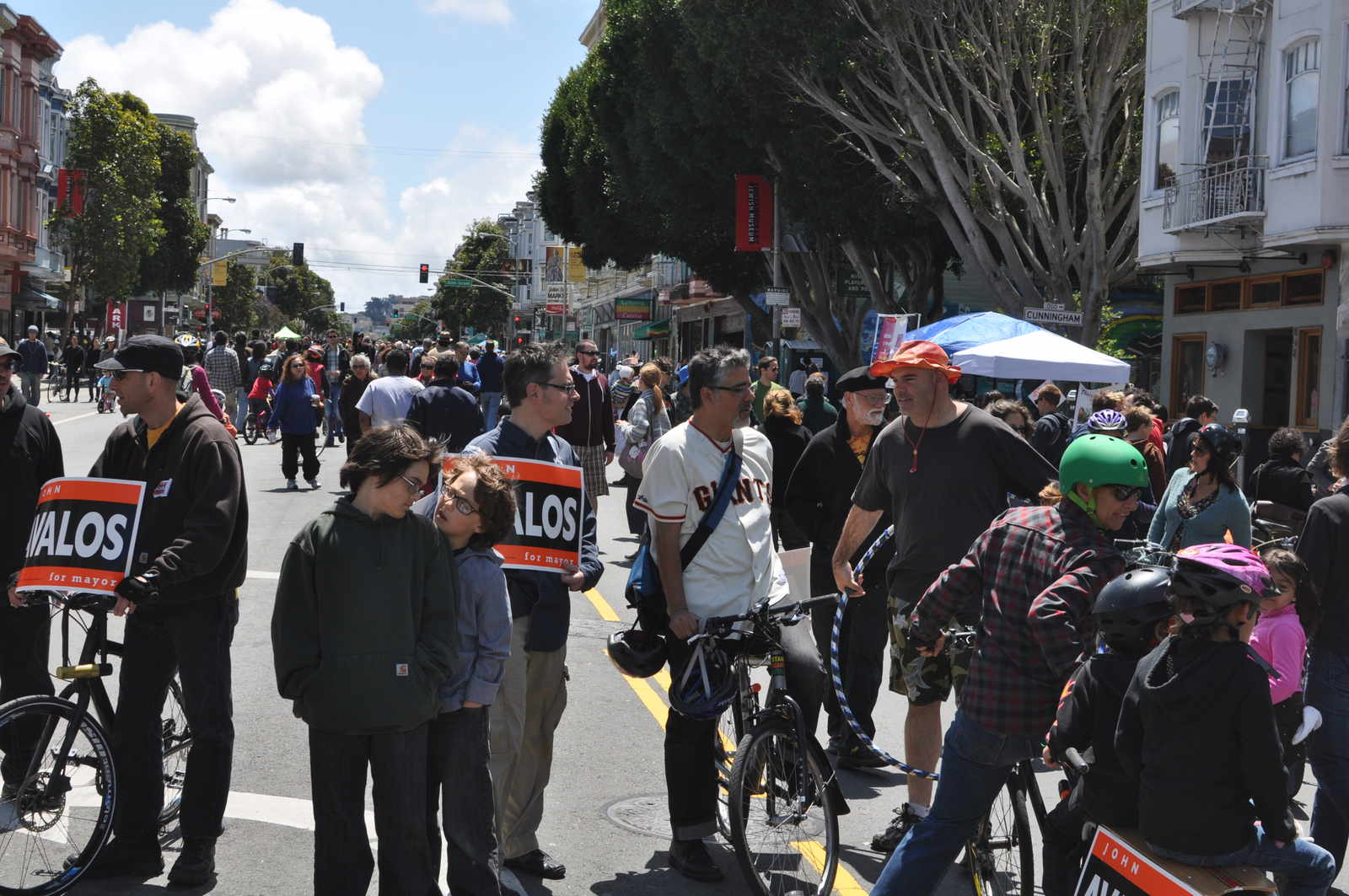 Supervisor Avalos was also there, who's apparently trying to ride 'Giants Fever' all the way to the ballot box.  From what I can tell, he really impressed the hulking dude in camo shorts holding a hula-hoop with his vision of San Francisco. 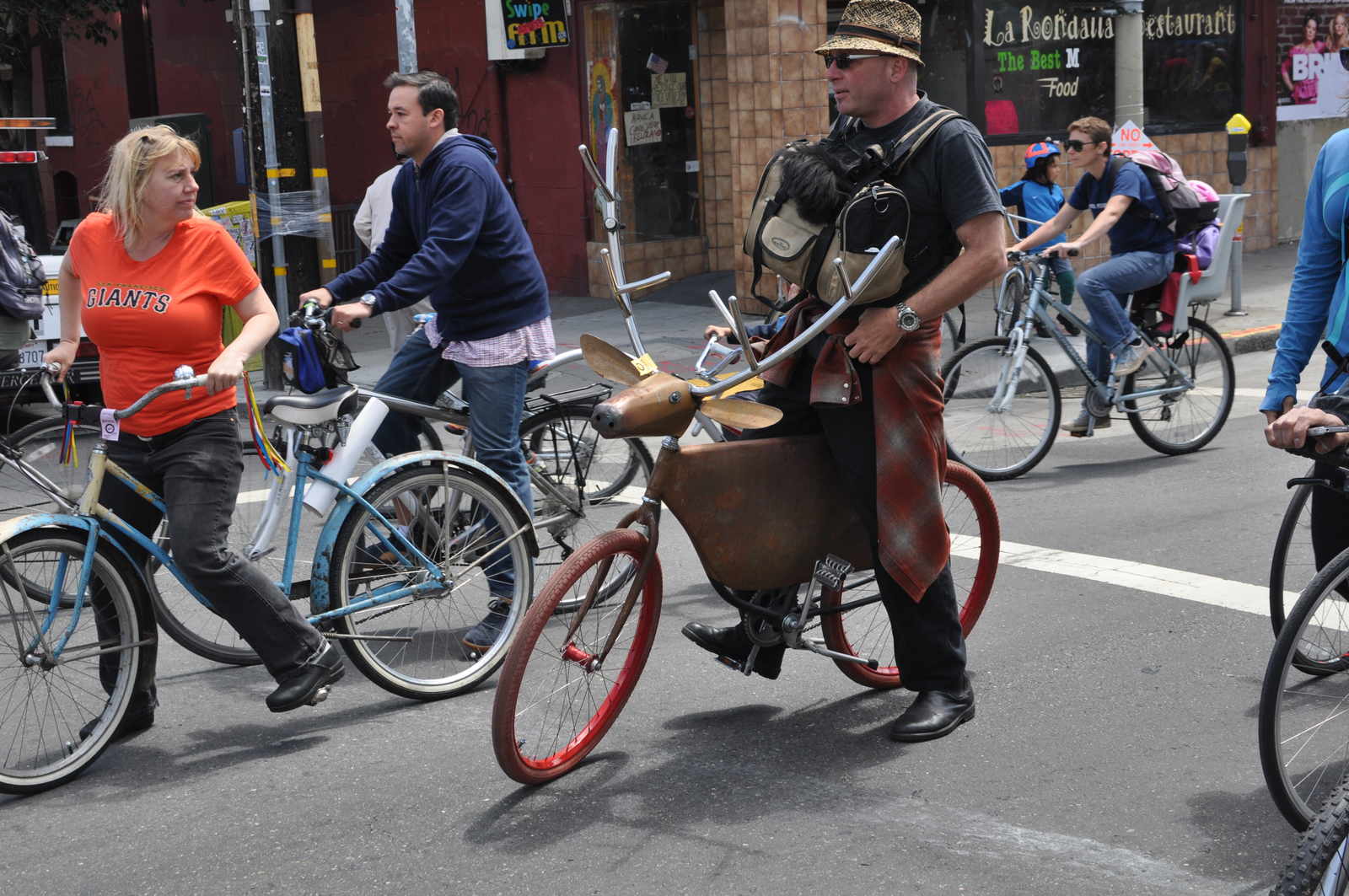 Thankfully, the event wasn't all politicians and awkward high-fives.  For example, this local badass was riding down the street on a bike fashioned to look like a deer. 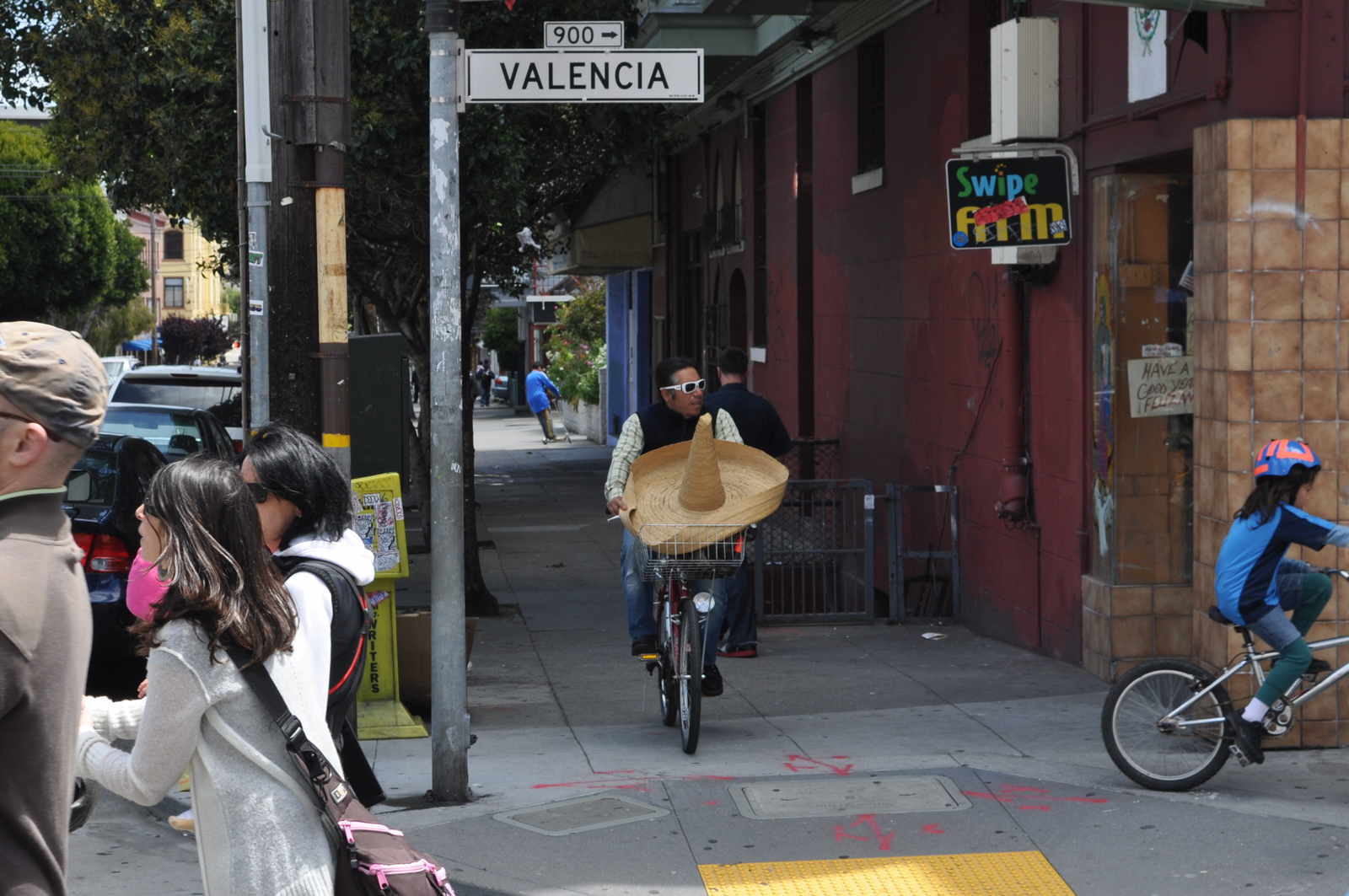 There were also some dudes that didn't realize Cinco de Mayo was last week. 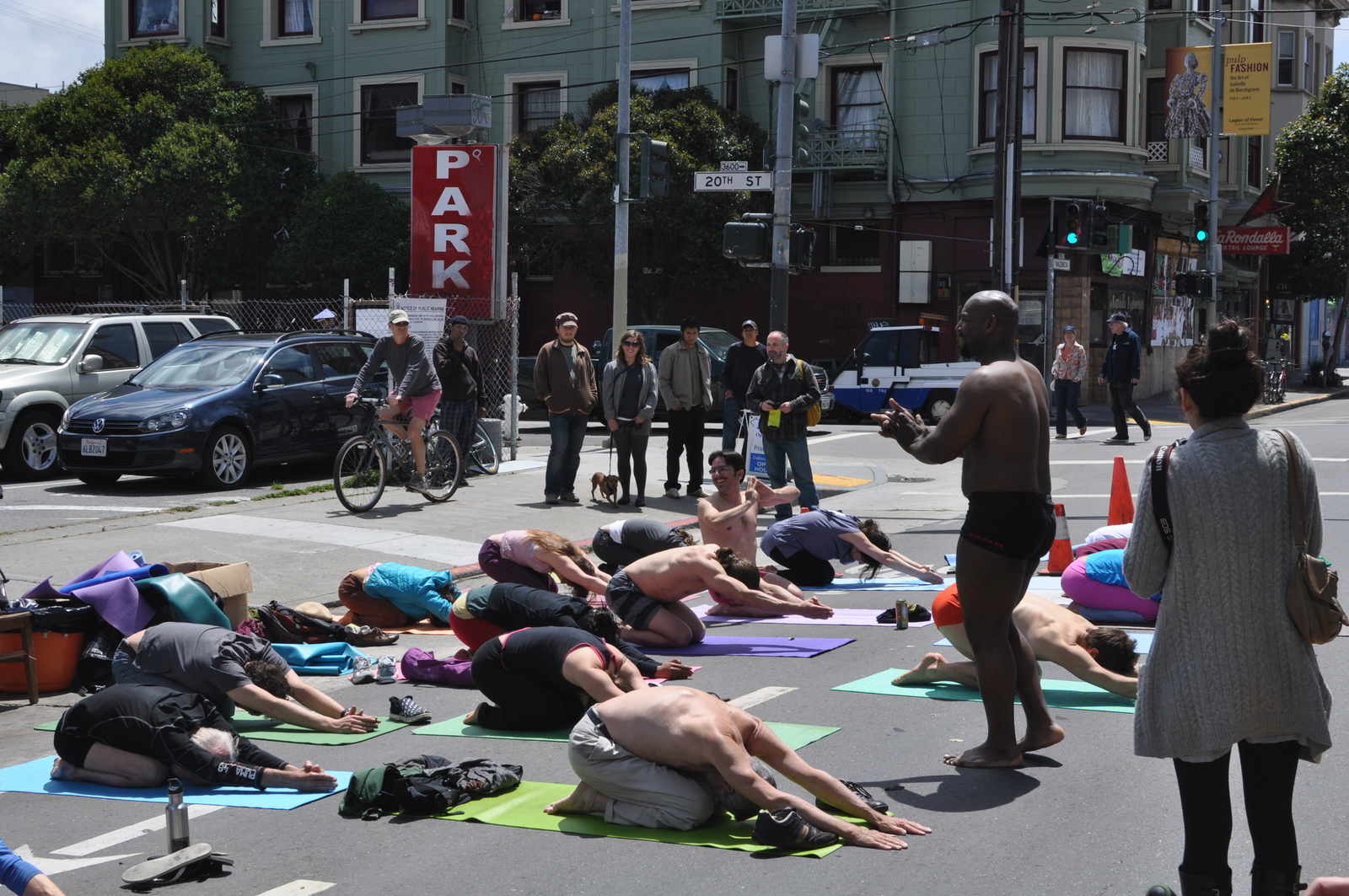 And some shirtless people practicing yoga amongst broken bottles and hungover people who really didn't need to see this. 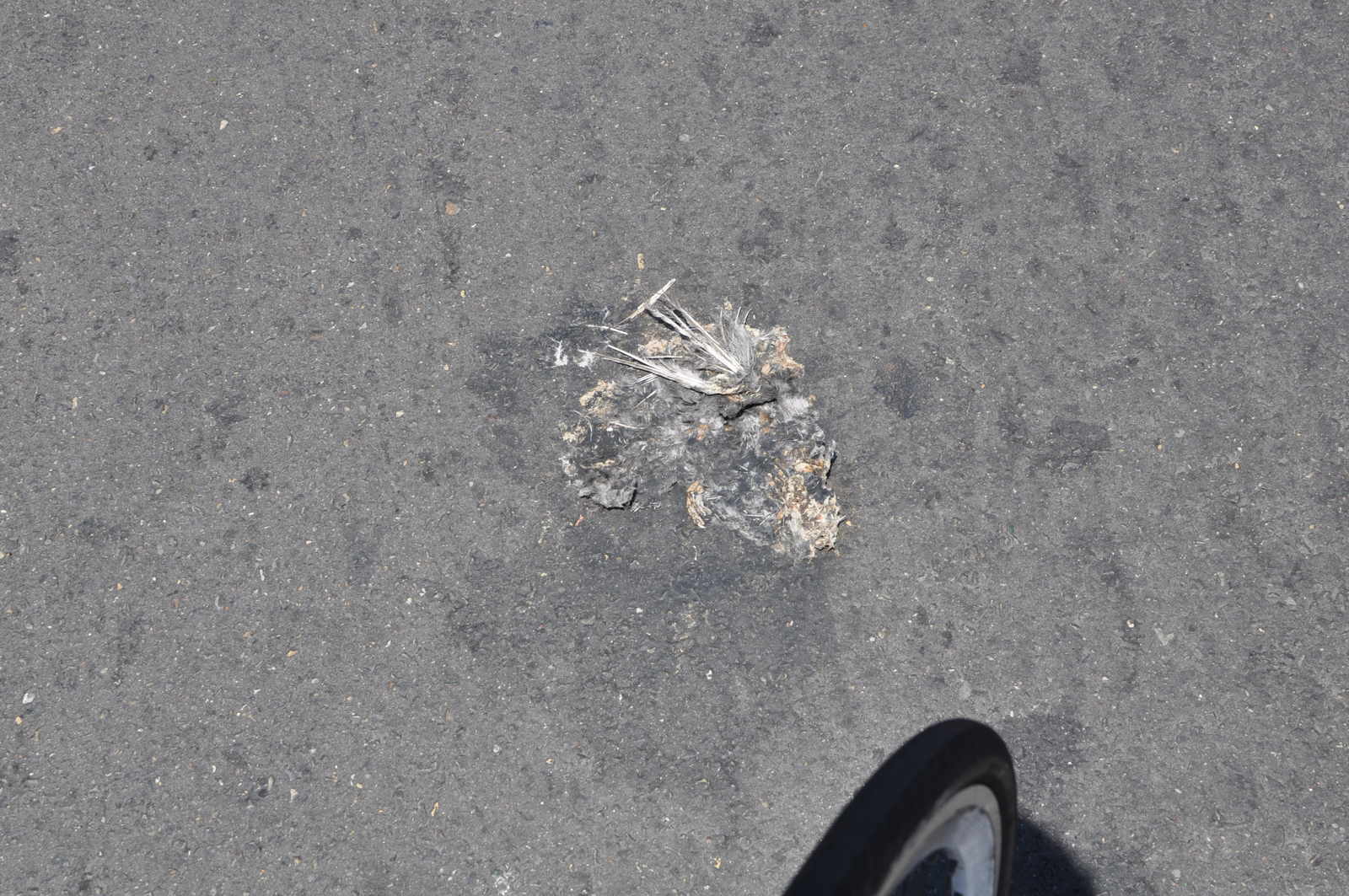 This pigeon had a shitty Sunday Streets. 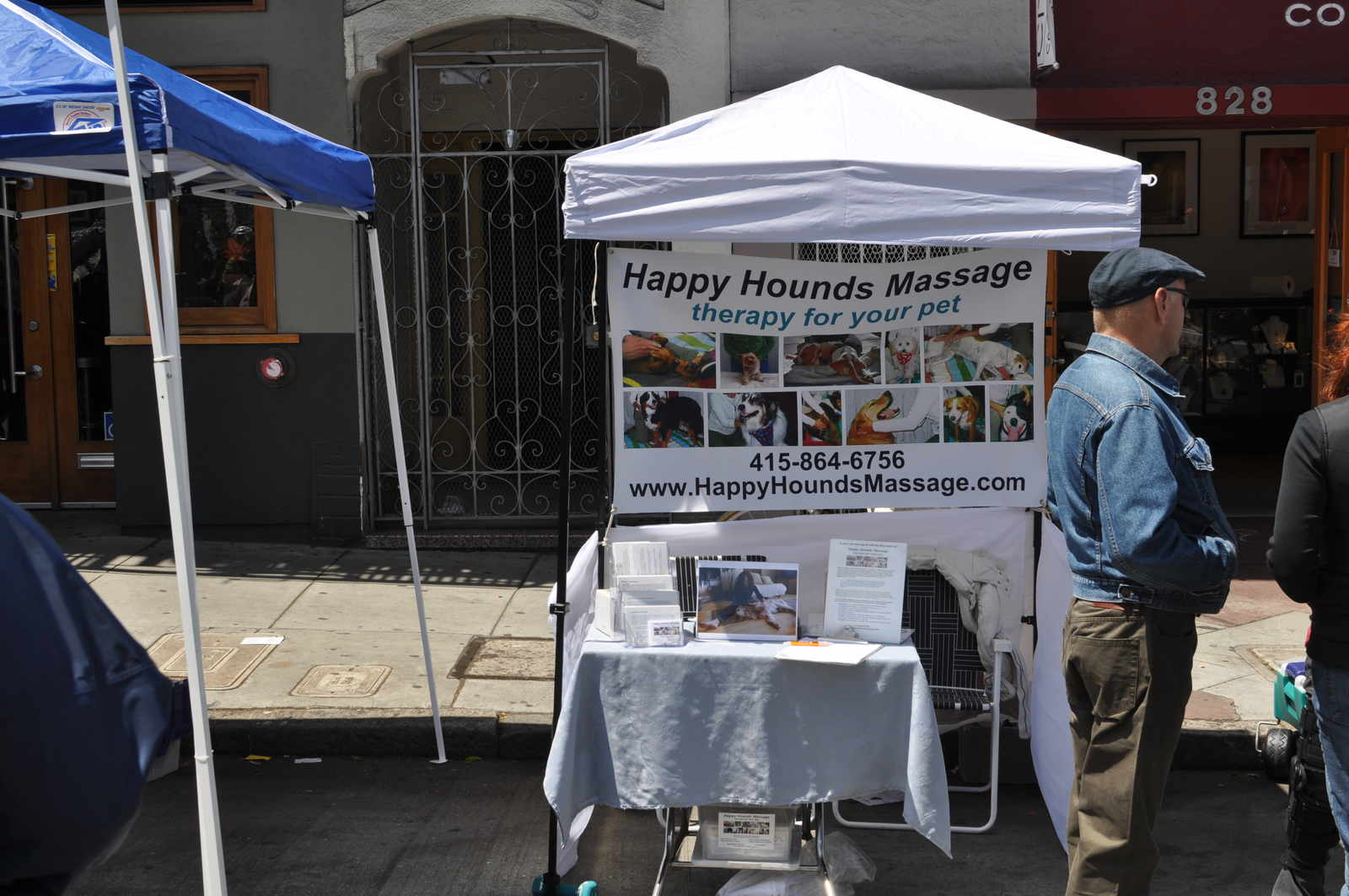 That candy-raver woman was rolling her ass off the other night at Bikes & Beats. It was hilarious.

As I was walking past her, some woman asked me if “you and your dogs” had signed a petition about who is paying for political ads. ?? My dogs don’t have opposable thumbs and can’t sign a petition, further, they are not registered San Francisco voters as they are both under 18 years of age.

I was behind them on my son’s BMX bike when their musical selection was even worse…..Sweet Home Alabama…..

Is it just me or does that Cinco de Mayo-forgettin’ dude look a little like Ross Mirkarimi? And, what’s that hat hiding?

I love the description of David Chiu. “Your Ernest Candidate for mayor!”